An ode to raki: a local describes what Turkey’s national drink means to him 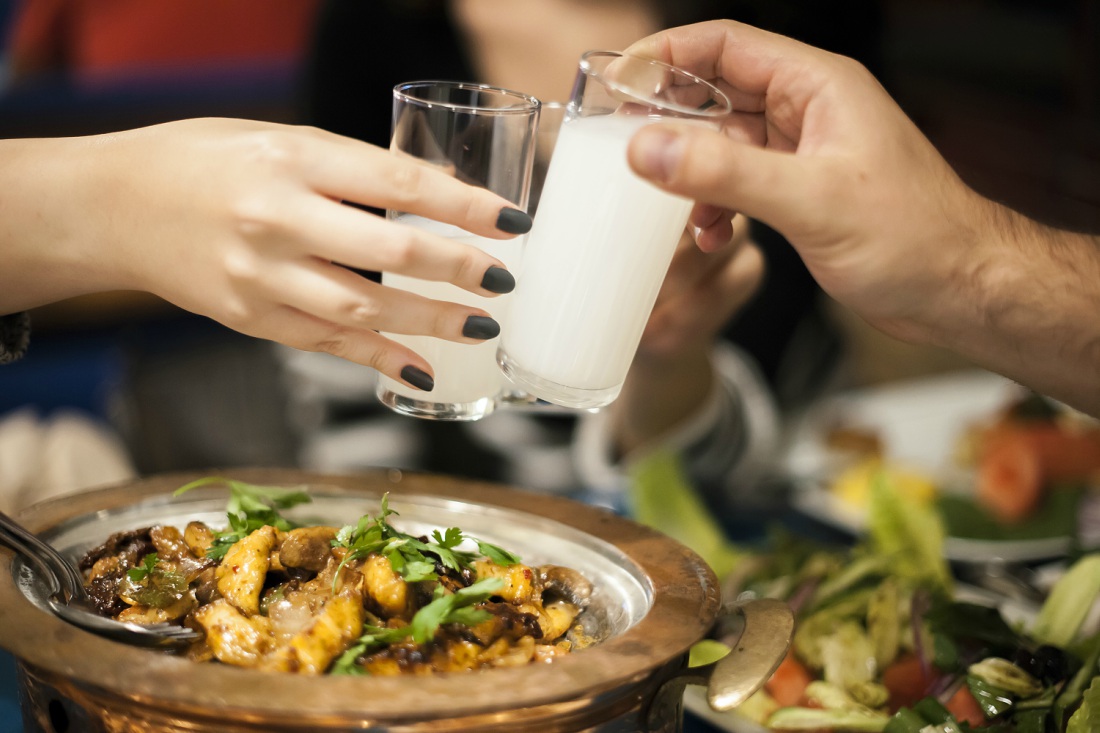 Caglar Gokgun led tours around his homeland for four years, and is now the General Manager of our local office in Istanbul. He’s also a keen connoisseur of Turkey’s traditional drink: rakı. But, as he explains, rakı is much, much more than a beverage…

I have travelled to 25+ countries so far and one of the first things that I try to experience in each destination is its cuisine, local specialties and national drinks. I’ve tried all sorts of characteristic drinks in different destinations – local vodka in Russia, Ginjinha in Portugal, rakija in the Balkans, Tongba in Nepal. Out of all those drinks, I feel that my country’s signature drink,  rakı, has one of the most unique cultures surrounding it. It touches on many different parts of life, such as music, food, therapy, family… and so on. 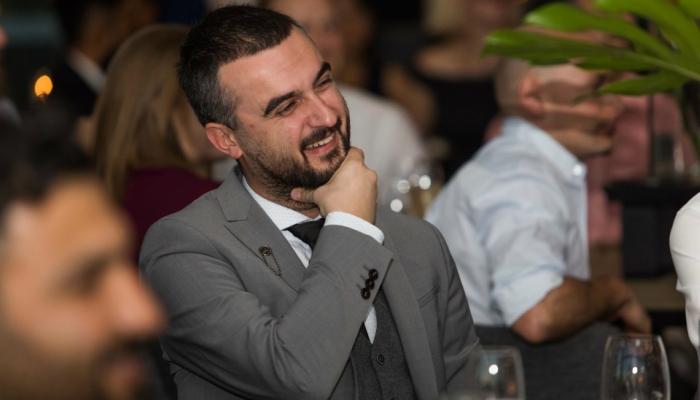 More than a national drink

Rakı is our national drink here in Turkey, made of twice-distilled grapes and aniseed. It tastes very similar to Greek Ouzo or Sambuca but of course, we Turks think that it is the best! Rakı is not only a drink – it is actually a very serious business in Turkey. It can be the means of celebrating a promotion, birthday or a special occasion, but it is also the way to mute the pain of a business loss or end of a relationship. You can even go into the spirit of all these feelings on the same rakı night!

Just like in the film Fight Club, we’ve got rules for rakı sessions too, and the first rule of a rakı session is you are never allowed to drink too much. Getting tipsy is the right level for everyone on a real rakı night. We try to gather around 7pm and won’t stay around the table later than midnight. We drink rakı at special restaurants called meyhanes, which are very similar to taverns in Greece. There is always music playing softly in the background, a special type of music called Classical Turkish Music or Turkish Art Music, with lots of lute, flute, violin and zither involved. 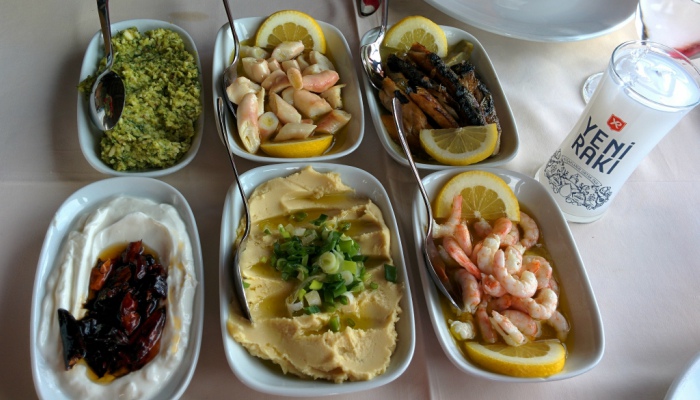 We order rakı first, and small appetizers called mezes. The most popular mezes at a rakı table are smoked eggplant, cacık (tzatziki), atom (spicy peppers in yogurt), pickled bonito, feta cheese and melon. We serve rakı in a special glass, similar to a long vodka glass but smaller. 40% of the glass is filled with rakı, and the rest with water and ice. Another rule of rakı tables: you eat slowly, drink slowly, so as not to get too full and drunk too quickly.

After the first glass we order the hot appetizers, which are mainly seafood dishes. The most popular ones are fried calamari, potted shrimps cooked with butter and herbs, and grilled octopus. You can also order börek (pastry stuffed with sausage and cheese), fried liver, or pilaki (beans in olive oil). For some people this is enough, while others go on to order a main – usually fish or kebap.

Around the rakı table 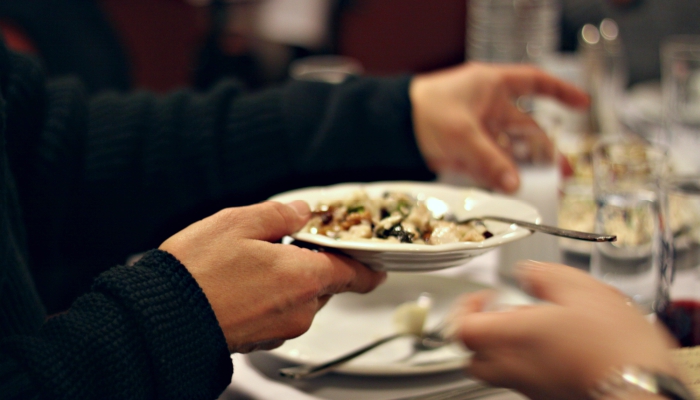 Rakı is also known as ‘Lion’s milk’ – only people who are as strong as a lion are suitable to join the crew. Here is another rule of the club: if you can’t handle rakı, you are probably not right for the rakı gang!

We call a rakı dinner cilingir sofrasi, or ‘locksmith’s table’, as it is a kind of group therapy session, and rakı starts the conversation. I am from the west part of Turkey and rakı has quite a significant culture in my hometown, Ayvalık. I remember sitting next to my parents around a very long table with the whole family. I would watch them start the afternoon quite normally, then they would start drinking rakı and the day would follow the same pattern: conversations would begin about family affairs, football and politics, they’d get a bit emotional about things happening in the country, then get happier and kiss each other, singing and dancing on the tables, and finally get more emotional again, finishing the night with a toast for those who had left their seats (passed away) lately in the family. Such a big fluctuation of emotions!

There are amazing stories about people using rakı as a conversation starter. Mustafa Kemal Atatürk, founder of modern Turkey, used rakı as his ‘locksmith’ as well. After he became the first President of the Republic of Turkey, he was struggling to find people around him to discuss his decisions about the country.  No one would criticise him. So he would invite his best friends for a rakı dinner at his house and ask for their thoughts after their third glass of rakı. There is an amazing book about those rakı sessions called Atatürk’s Table, by Ismet Bozdağ.

Experiencing a rakı session as a traveller 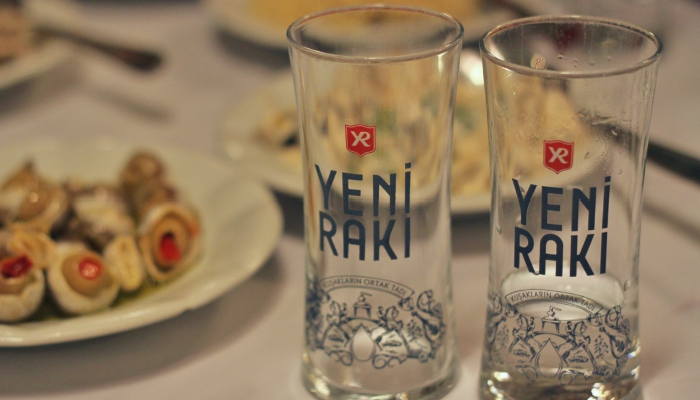 On Peregrine trips to Turkey, we take our guests to the most local meyhanes and let them enjoy this amazing experience with local people. We have witnessed a lot of incredible nights where our guests became ‘rakı buddies’ with the locals, bonding over things they have in common, such as Gallipoli, Hollywood movies/TV shows, sports etc. We end up dancing on chairs and tables to show the best local moves like a belly dancer, too! At the end of the night, we often repeat the same quote that all rakı fans say: “Rakı is the answer, but I can’t remember the question!”

Enjoy a glass or two of raki on a Peregrine premium adventure to Turkey.

I walked into Intrepid Travel’s Istanbul Office in December 2008 and haven’t walked out since. I worked as a tour leader for more than four years, and in 2014 became the General Manager of Intrepid and Peregrine’s local office in Turkey. I studied tourism as my Bachelor degree and did an MBA in Management. I also did courses in Sports Journalism and cooking. I am a traveller and travel professional, a semi-professional chef, an unprofessional football player (not soccer guys, come on!), and a 110% professional at tasting local specialities when I travel.