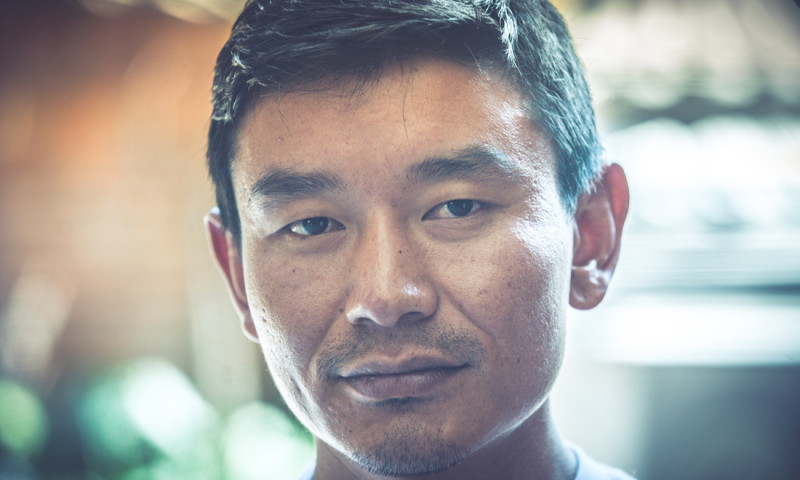 The first time I met Dawa Sherpa was at a press dinner in Kathmandu. He entered the restaurant like a low-key Bowie, a mountaineering rock star in beige slacks and shiny loafers. Every eye in the room swiveled and stared. We’d been told the story by our host, Nick, and all us scoop-hungry journalists were itching to have him sit next to us, to hear snow-covered sagas over a meal of momos and Gorkha beer.

Only 29 years old, Dawa is already a Himalayan legend. He’s led four successful attempts on the Everest summit – a rare résumé that puts him in high demand with wealthy foreigners looking to stamp their mark on the roof of the world. He studied a Masters degree in London too, and was responsible for saving several lives during the earthquake of 2014, digging broken climbers out of the snow with his bare hands. In Nepalese mountain-climbing circles, he’s the man. 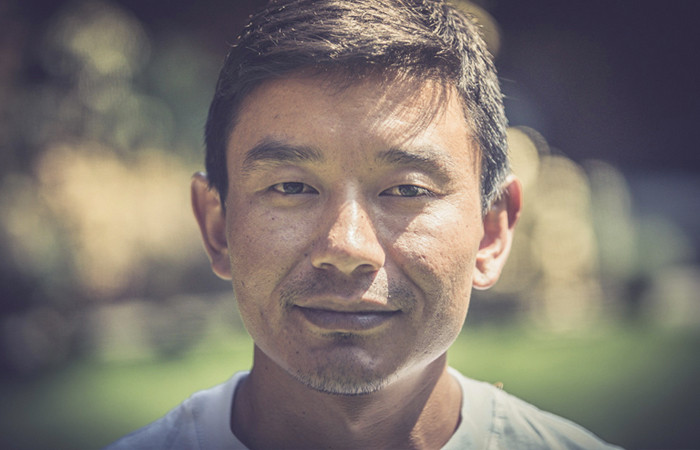 The thing is, Dawa doesn’t look like a legend. Likemost Sherpa he barely clears 5 1⁄2 feet, and he’s got the kind, doleful eyes you usually associate with priests…or Labradors. He speaks softly too; I often have to learn forward to catch the words. There’s nothing brash or boastful about him, nothing overtly adventurous. Just the lingering impression of dormant strength. Like a dark river where the current runs deep. After chatting for five minutes you realise: here’s a guy who could conquer the world with nothing but two boots and a powerbar.

We’re sitting in the late October sunshine on the lawn of a Kathmandu hotel. I’d got up the courage to ask Dawa for an interview over dinner, and he agreed with a little smile, bemused that anyone would find his story interesting. Now he’s sitting, back straight, fists clenched on knees, clearly uncomfortable at being the center of attention. We get chatting about mountains. 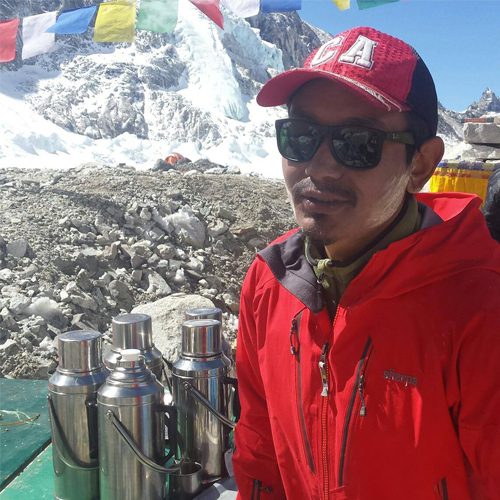 ‘I was born in a village surrounded by nature. The only way we could play was to walk. We used to walk for four to five hours at a time, and I grew up watching the foreign trekkers visiting my village.

‘From 16 I started climbing peaks. I told my father I wanted to make trekking my life, but he said you must study now. Every father loves his son, and they want their son to be educated. As a mountaineer, my father had seen a lot of accidents. He struggled. Now he cracks jokes with me, “I invested so much in your studies and all you want to do is trek?”’

As a Sherpa, Dawa was born to climb. He’s descended from ancestors who walked through the Himalayas from Tibet about 600 years ago, settling in the high valleys of Sagamartha where the air is anemic and thin. They’re the most respected mountaineers in the world. Small in stature but tough as teak. Just the name ‘Sherpa’ has come to be a byword for ‘mountain guide’, and every group that summits Everest only does so with their help, guidance and support.

‘Typically the ratio is one guide to one climber,’ Dawa says. ‘We cook for them, fix their tent for them, help them with their footing and help them carry their loads. But we’re also there for motivation. Even if they’re physically strong, mentally they may need encouragement. Sometimes I remind them that we’re climbing together, that if they die, then I also die.”

“How real is the risk?” I ask. Dawa takes a sip of water and thinks.

“Death is definitely a risk. My mother isn’t happy that I’m still guiding expeditions to Everest, especially because of recent incidents. In 2014, 16 of our Sherpa brothers lost their lives in an avalanche, and in 2015 another avalanche following the earthquake killed 19 climbers.” 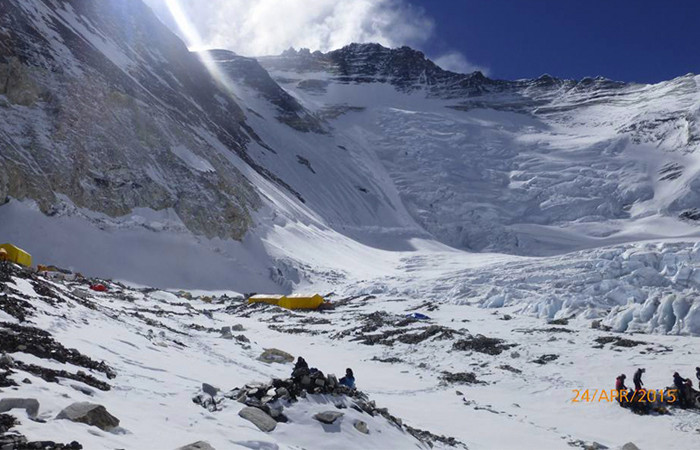 A photo Dawa took on Everest…one day before the 2015 quake.

Luckily, the industry is slowly changing for the better. Sherpa guides now have life insurance that gives their families (who rely on their seasonal income) some measure of protection.

If the unthinkable happened and Dawa were to join the growing tally of frozen bodies on Everest, his family gets 15 lakhs of rupees, about USD$15,000. If he’s injured, he has medical insurance to fall back on. But it’s still far from a perfect system. Everest guides earn about USD$8000 in a good season (10 times the average Nepali wage) but it’s still a tiny fraction of the millions the government is bringing in from climbing fees each year. As always, the Sherpa shoulder most the risk and see very little reward, or even acknowledgement.

But for Dawa it’s never been about accolades or vanity. Only the climb is real. The undiluted joy of the conqueror. He felt it the first time he stood on the highest peak in the world.

“Once you start climbing, it’s an addiction. When you first reach the summit, your mind is semi-unconscious because you’re so tired, and you almost don’t realize that you’ve made it. After spending a couple of minutes there, it starts to hit you, especially when you see the clouds and smaller peaks far below.’ He smiles that big Sherpa smile, ‘It was one of the happiest days of my life.’