It’s a cool and grey Melbourne autumn morning, and I’m thinking about going to my favourite café in Rathdowne Street for a coffee hit. Three weeks ago I was in Lima, on a similarly cool and grey morning at the start of a Peregrine South American tour. Perhaps I’ll just stay home now for a while and think about what I’ve seen and done, and what it’s like to be a tourist.

The small group I travelled with were high-spirited, well-informed and thoroughly good humoured. After sightseeing, walking and climbing, we were always ready to sit down with our guides over dinner, talking about the day’s experiences and what they meant to each of us. Sometimes our reactions were similar, sometimes different, but we remembered what we had done in different ways. I think some of my new friends will use their photos as a starting point for looking back on our time together. My iPhone has a meagre 277 shots from South America; I decided to keep a diary instead. 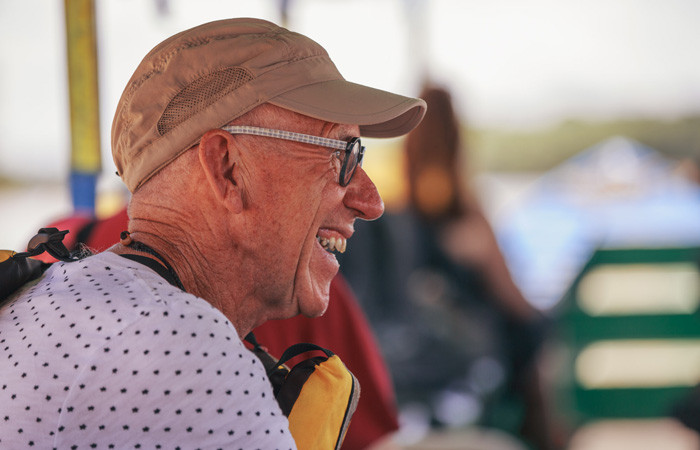 An hour later and I’m leafing through my book. It’s hardly a literary masterpiece; just a jumble of notes written on the run and sometimes late at night under the influence of one too many glasses of red. But what I wrote about has given me a surprise. There’s very little about the spectacular sites we visited – the ancient city of Machu Picchu, Ollantaytambo and the Sacred Valley, the Amazon jungle, Buenos Aires by night, the Iguazu Falls… Perhaps because words fail us when we try to describe such awe-inspiring places. Perhaps they are already oddly familiar to us from photographs, guidebooks and films.

My scatty notes are more about experiences and people. I flick back to my pages on Lima… After a day spent exploring the city centre and the Franciscan monastery, with its catacombs and ruined library, we set off for Cuzco. On the way to the airport, I experience some jet-lagged confusion. Is this South America or South Asia? Lima has a population of 8.5 million (that’s twice Melbourne’s) and it seems that everyone is on the road in tiny commuter buses, honking and weaving through dense smog, cycling or walking in great squadrons. (Lima’s public transport system is a bit of a shambles.) It’s one of those existential moments that comes with being in a huge, unfamiliar city. How many of these people have enough to eat? What will Lima be like in 50 years? For some reason I resist the temptation to take photos. 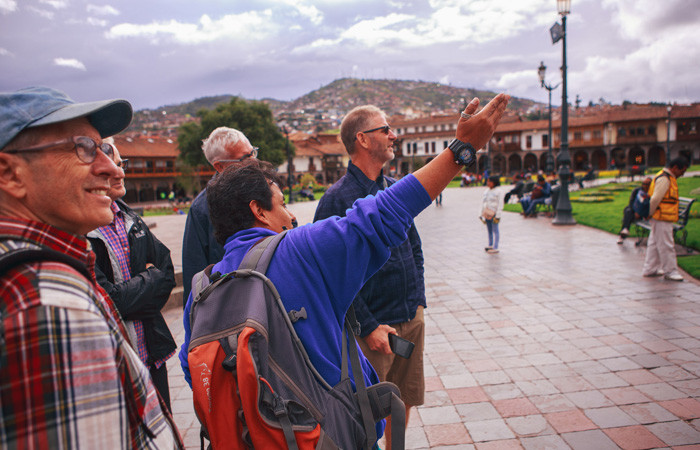 From Lima and Cuzco to the beautiful Sacred Valley, with its towering terraced mountains and ancient archaeological sites. It’s a bright day, and we stop to take photographs. Chas and Drew, two talented and charismatic Australian film-makers travelling in our group, prepare to launch their camera-equipped drone. The stallholders gather around, and one little boy in particular is transfixed. I try to explain in pidgin Spanish what it is, but he knows almost immediately; the two young men show him what they’re about to do. There’s a healthy roar, a cloud of dust, and the mini-helicopter is soon a spot in the sky. Is it a bird? Is it a plane? The expression of glee on the little boy’s face is magical.

Another metropolis, Buenos Aires, a week later. Its centre is breathtaking – testimony to its colonial past as one of the world’s richest cities, with great avenues and a grandiose blend of architectural styles. Our guide here is Candelaria, a strikingly intelligent and politically savvy young woman who takes us to the Plaza de Mayo, where she speaks movingly about the weekly vigils held by the families (mainly mothers and grandmothers) of the desaparecidos, the estimated 30,000 ‘disappeared’ victims of the 1976 military coup. I sit for a while in the Metropolitan Cathedral, once home to Pope Francis, but it’s hard just now to see its Rococo glory through tourist eyes. I need to read more about the junta and its cruel legacy. 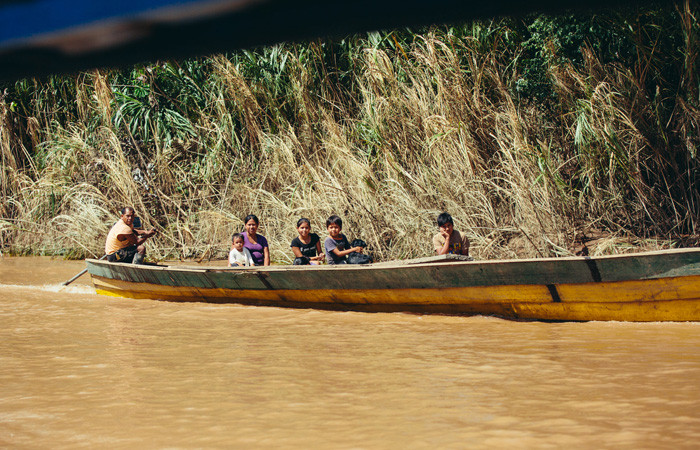 Candelaria and our other guide, Jasmina, take us the same day to La Boca, to a place I would never have known about as a solo traveller. It’s the Abriendos Caminos (‘Clearing the Way’) project, founded after Argentina’s 2001 economic collapse by the remarkable Cristina, who welcomes us warmly at the door. Cristina is a fighter for social justice, who took the bold chance to set up a bakery selling the local cookie specialty, alfajores, to give La Boca young people an opportunity to work. The co-op continues, and each afternoon the tiny bakery café is host to an after-school homework club for 60 children. Christina is engaging to say the least, and, through our interpreter guide, she answers a raft of questions about her mission to ‘clear the way’ to a brighter future for the neighbourhood kids.

From Buenos Aires we take a bus ride with guides Jasmina and Dennis to La Eloisa, an estancia; until recently a working ranch and now a golf and polo lodge in a vast European-style park with guest accommodation (and some of the finest beef I’ve ever tasted). La Eloisa is memorable for many reasons, not least its owner: in his seventies with a mane of white hair, the proud possessor of a 1950s Mercedes convertible in which he bounces all over the estate. He’s a great conversationalist, and tells us about his other property, a 16th-century castle outside Siena, which he has converted into a boutique hotel.

Santiago is the last stop before our return. We fly there from Iguazu, where, in the morning, we visit a village owned by the Guarini people. Their guide speaks no English, so we ask questions through our interpreter. At first he’s shy, even a bit awkward, but as we get more and more interested in his account of the traditional way of life his smile widens and soon it’s as if there is no language barrier at all. We arrive late in Santiago, and very hungry (the airline serves only biscuits). We’re staying in Loreto Street, a trendy area a few minutes’ walk from the city centre. At midnight we troop out for a late dinner near our hotel (it is Saturday night, after all) and there I have one of the oddest experiences of my life. The restaurant is crowded, noisy, with a happy, gay crowd eating outdoors. One of the waiters approaches and tells me that his fellow-waiter, who has very little English, wants to speak to me. I never did get his name, but the waiter tells me I am the spitting image of his father, who died in January. We are shown a photograph on his camera, and even I can see the likeness. There are tears, hugs, and then laughter and desserts (which we didn’t even order!). I find myself wondering how that waiter is now, and what he remembers of our meeting. This time I have a photograph to prove that it happened. We both have idiotic big smiles.

The night before we fly home, we head out to a wonderful dinner (perhaps the best of the trip, and that’s saying something!) at a small restaurant, known for matching regional food with local wine. As we weave our way through the dark streets two big, glossy dogs join us. It’s hard to believe that they’re street dogs. Like custodians, they trot on either side of our small group, dashing out every few minutes to chase cars along the still-busy multi lane avenue. As we turn into quiet Loreto Street, they turn too, stopping with us when we reach the gate of the hotel. I go up to my room and open the balcony doors. They are still there, fossicking through a mound of rubbish. In reply to my whistle, they lift their heads, wag their tails, and give low barks. Are they showing off their chicken carcass or saying goodbye? I’ll have to go back to find out.

It’s a night tinged with sadness. We are all tired, and even though we will be reuniting in Melbourne soon, this is our last night together as a group. Our spirit of adventure has taken us to some great cities, ancient and modern, through the jungle and under a waterfall. We have seen howling monkeys, dozing caimans and shrieking macaws, but the quiet and private moments of the Peregrine trip are every bit as wonderful.