The 10 books you should pack for your travels 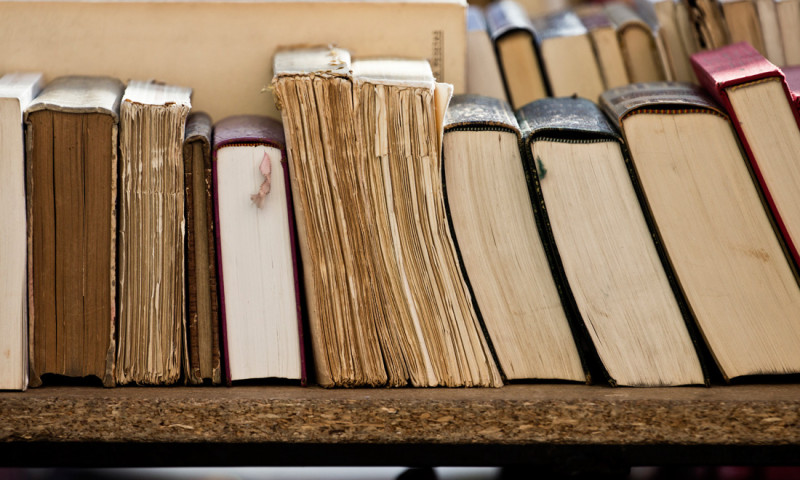 The road: a magical, serendipitous place, though often a long and lonesome one. Whether you’re a solo wanderer or not, a great read remains a crucial travel companion for any long haul adventure.

Here’s a 10-title Peregrine curation of some of the best and most spine tingling – a dash of Kerouac, a smash of Hunter S, a little Guevara and Twain: our ultimate list of timeless travel tomes to keep you company, staying fresh, and knowing time out there on the endless road.

On The Road, Jack Kerouac

Kerouac’s stream of consciousness riff about his days crisscrossing America on Benzedrine and bebop inspired a whole generation to follow suit and dig for truth on the mystic road. Fuelled by drink, drugs, hot jazz and mad Roman candle-lit nights through big and small town USA, Kerouac’s beatific burst remains a Quixotic post-war dream, the consummate ‘old faithful’ for any and every long haul.

As the people’s philosophical pop culture explainer, ruminator and promulgator, de Botton has covered vast ground: sex, affluence, the mad modern world. Here, his treatise on travel – and the art of it – champions and cherishes our (at times eccentric) wayfaring proclivities, mixing up personal reflection with sage insight from road-weary luminaries including Baudelaire, Flaubert, Edward Hopper, Wordsworth and Van Gogh.

Sure, it’s a story without much of a story, but Fiesta remains one of Hemingway’s finest works. His fictional account of a clique of ex-pat Americans to-ing and fro-ing between Paris and Pamplona in the roaring ‘20s evokes the emptiness and disarray of the post WWI ‘Lost Generation’. Yet there’s a good spill of joie de vivre here, and a vibe that’ll make you want to knock back pastis in a Montmartre salon, and ‘take the lead’ into the hedonistic depths of an endless Parisian night.

A bona fide brick of a book, it’s a good idea to Kindle this one rather than ten-folding your baggage quota by carting about its tremendous girth. Nonetheless, Shantaram remains one for the ages. Love or hate Roberts’s tendency to inflate (particularly towards his tale’s romanticised culmination) his depiction of gritty life in the Indian underground post-jailbreak makes for an effortlessly captivating, evocative, and epic read. One hell of a page turner.

In a Sunburned Country, Bill Bryson

Is it possible for Bill Bryson not to be universally adored? With dry wit and a keen eye for quirk, Bryson’s offerings are known to induce flat out laughter in public if you’re not careful. In a Sunburned Country is a non-fiction travelogue that explores and prods the Australian continent: its geography, culture, people and history, through Bryson’s honest, pithy, self-deprecating and tremendously enjoyable British-American lens. So much more than a belly chuckler.

Into the Wild, John Krakauer

If the film had you running for the next plane, the book will keep you satiated once you’ve gone. Krakauer documents the journey of intrepid young wayfarer, Christopher McCandless across the American seaboard to the icy heart of the Alaskan wilderness. Expressing the collective urge to escape the rigours of modern society, and a Jack London-esque thirst for re-connection with the natural world, Into the Wild is a spine tingler that sings with heart and soul.

As they say: old is gold, and The Odyssey is one of the oldest. This epic poem attributed to Homer, one of the greatest poets of Ancient Greece, recounts the epic wanderings of Odysseus and his decade-long trek back to Ithaca after the fall of Troy. It all begins here (Homer’s work more or less gave us the terms ‘epic’ and ‘odyssey’). You’ll be thankful you took it along for the ride.

Ernesto ‘Che’ Guevara’s life transformed forever in 1952 when he took a motorcycle expedition with his pal Alberto through South America. As well as a fun dose of hedonism and camaraderie, the adventure exposed Guevara to the injustices of Latin America’s impoverished Indigenous communities, planting the seeds for his revolutionary future. More Cassady than Castro, Che’s diaries of liminal youth are a joy to indulge in.

A travel-writing classic. When he was 18, Paddy Fermor embarked on a jaunt across Europe on foot from the Hook of Holland to Constantinople. Written from his eyes as a 62 year old, we return with Fermor to 1933 and traipse alongside him through the winding, frosty Danube; the beer halls of Nazified Bavaria; fire-lit castle dens of Balkan monarchs; and a rapidly transforming Old continent. Fermor’s turn of phrase is unparalleled in the travel milieu, and A Time of Gifts remains the ultimate European road companion.

A hallucinogenic romp through the dying American Dream, Fear and Loathing is Hunter S Thompson’s watershed, a menacing, outrageous roman à clef on drug culture, politics and the failure of post-60s counterculture movement. It’s a narrative that barrels hungrily through the American desert in a blur of fact and fiction that’ll have you feverishly fending away the flapping bats from your juiced up eyeballs.

Sax wielder, international penman, dudely wayfarer; have digested live ant salad in Laos, hauled trucks from New York to Vegas, had my body destroyed by the Camino de Santiago and, after moving from Melbourne to Germany last year, somehow endured an entire Berlin winter without completely losing it. To an endless journey!