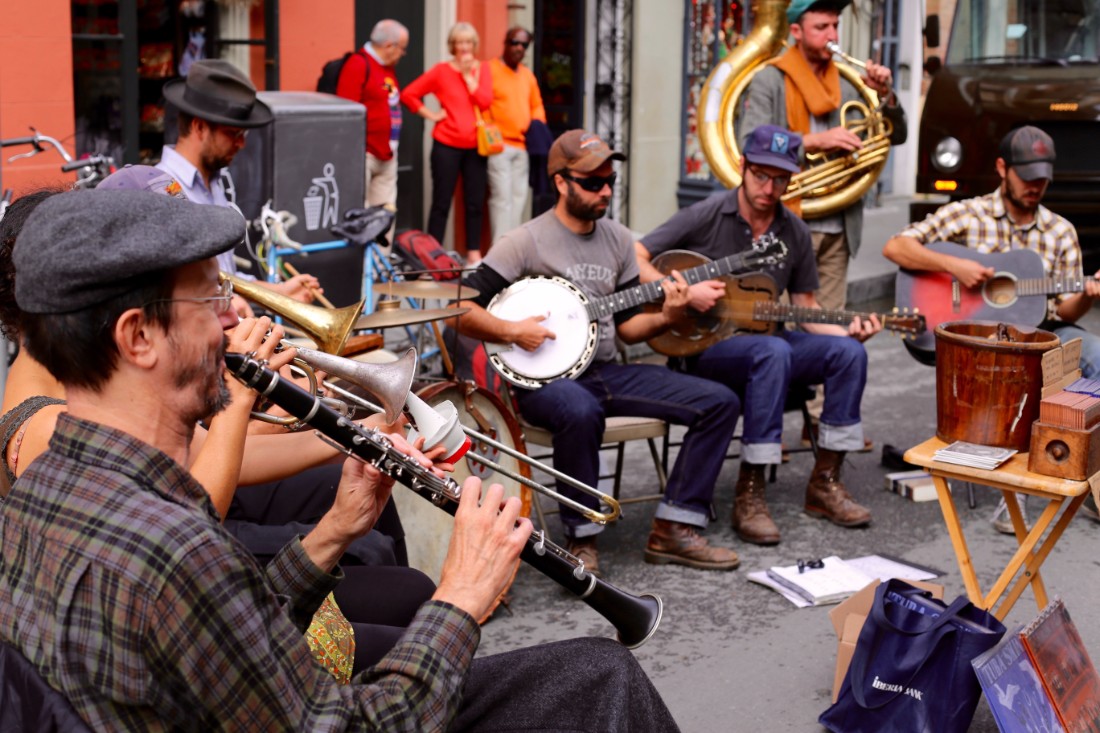 As someone who has travelled to the Land of the Free a few times before, I thought I knew exactly what to expect before my most recent trip to the USA.

I had spent plenty of time eating my way around New York, braved winter in windy Chicago, experienced the bright lights of Vegas, walked the Freedom Trail in Boston, cycled across the Golden Gate Bridge in San Francisco and let my inner child run wild with Mickey Mouse in Los Angeles. This time however, we decided to head South – including a drive along the Mississippi Blues Trail – and it opened my eyes to an entirely different side of America. It was unlike anything I had experienced before.

I was expecting to hear a few tunes and eat some barbecue (I did both), but I also learned a lot during our time in the deep south. Here are the five most unexpected things I discovered:

1. There’s such a thing as ‘blues tourism’

As someone who unashamedly listens to whatever pop music can be heard on FM radio, I was amazed to learn about the rich culture of the blues. The music originated on Southern plantations in the 19th century and its inventors were slaves, ex-slaves and the descendants of slaves. The blues grew up in the Mississippi Delta; as African-Americans moved from the South to the North at the turn of the 20th century, they brought the Delta blues with them.

Because of this, Mississippi and the other southern states have tried to bring tourists down to the Delta to experience the ‘birthplace’ of blues. For lovers of this genre, many familiar names will crop up over and over again along the trail – Muddy Waters, B.B King, John Lee Hooker, Howlin’ Wolf and Jimmy Duck Holmes. The Blues Trail has hundreds of markers commemorating birthplaces of music legends, significant venues and events – and they can be found everywhere from big cities to the smallest towns. It would be almost impossible to stop at them all, so many tourists grab a map, or join a tour to experience the most famous landmarks.

As someone relatively new to the blues, I was delighted and surprised by the raw emotion of the music, but also how catchy it was. Until then, I was of the opinion that blues was all doom and gloom, but after a night dancing at B.B King’s Blues Club in Memphis, Tennessee, I realised it was a lot more diverse than I thought.

2. You can experience culture shock in a first-world, western country 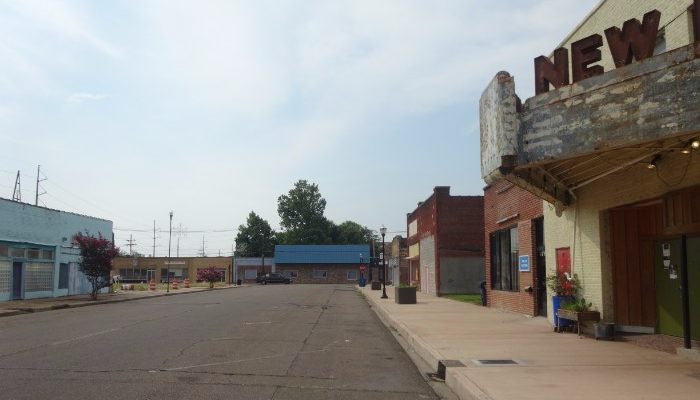 Clarksdale, Mississippi is almost deserted on a weekday morning. Image by Amy Foyster.

Having spent time in the USA previously, I didn’t expect the southern states to be that different to the East and West coasts – but it really is. Outside of territory Puerto Rico, Mississippi in the poorest state in the country (based on median household income AND per capita income), so it makes sense that we didn’t see any new infrastructure being built, witnessed some gut-wrenching poverty and passed through a lot of seemingly abandoned towns (Mississippi’s capital city, Jackson, was a complete ghost town). While the Blues Trail has been designed to bring in tourism, it’s important to remember that many people living in these places are not actually reaping the benefits of the industry yet, so be respectful when taking photos and visiting their homes.

3. Southern cuisine is unique and delicious 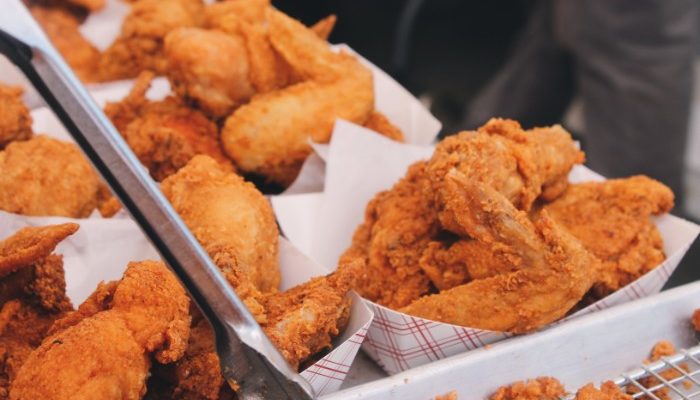 When I think of American food, I normally think of burgers, giant cheese pizzas and anything that is a colossal sugary monstrosity. But down South, there’s a completely unique cuisine that varies state to state. In New Orleans we devoured the best fried chicken I’ve ever had in my life (I highly recommend you stop for a piece at Willie Mae’s), as well as beignets from the iconic Café Du Monde, and all things Cajun and Creole from Mr B’s Bistro . Mississippi is the home of soul food, including crab claws, catfish and a heavy serve of artery-clogging macaroni and cheese on the side. In Memphis, it was all about the barbecue – you can be sure I powered through my share of pulled pork, slow cooked beef brisket, collard greens and lots and lots of smoky bourbon sauce at Central BBQ.

4. There’s a lot of (not so ancient) history

A big part of travelling down south is learning about the sobering, but incredibly important racial history of America. Travellers are encouraged to visit historic civil war sites like Longwood in Natchez, the home of cotton planter Dr Haller Nutt, and Dockery Farms in the Mississippi Delta, a former cotton plantation. A visit to the town where the 1955 public lynching of 14-year-old Emmett Till took place provides insight into the Jim Crow era in the Deep South.

We also visited the former Lorraine Hotel in Memphis, the site of Martin Luther King Jnr’s murder, which has now been converted into a memorial and the National Civil Rights Museum. It has an incredible array of information, dating back to when Africans were first abducted and brought to the USA, right through to current racial issues. You could easily spend an entire day and barely scratch the surface; it was part of the trip that had the most profound impact on me.

5. Blues isn’t the only music you’ll find on the Blues Trail 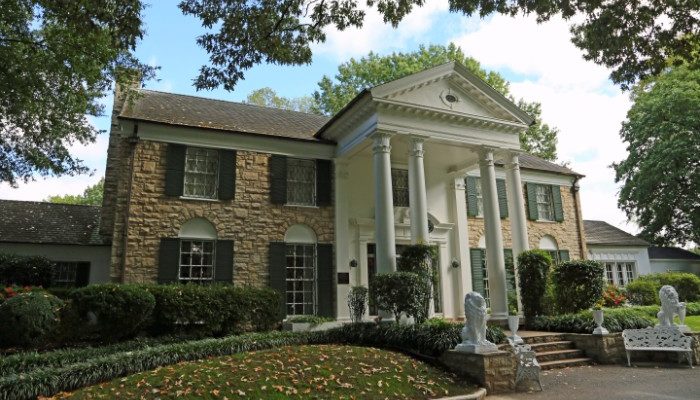 It may sound strange but if you track the entirety of the Mississippi Blues Trail, you’ll hear more genres of music than just blues (you’ll cross a few more states than just Mississippi too).

While Elvis was born a Mississippian, it’s Graceland in Memphis, Tennessee where the tourists flock to get a peek inside his famed home and final resting place. The rock and roll legend was first discovered at the local Sun Studio, alongside country rock singer-songwriter Johnny Cash, rocker Jerry Lee Lewis and rockabilly great Carl Perkins. A tour of the studio (as well as the chance to pose with Elvis’ original microphone) is well worth your time.

If you venture down through Mississippi to Louisiana, you’ll hit New Orleans, the home of Dixieland jazz. Dixieland originated at the start of the 20th century as a revival of traditional jazz music, with a touch of swing. While originally rejected by some of the younger black jazz musicians, it eventually became more popular among both black and white musicians halfway through the 20th century. Head to Preservation Hall to catch the most authentic form of Dixieland jazz every night of the week, or pop up to Frenchman Street to hear a range of live music and have a drink and a dance.

I wasn’t an expert in blues music or American history before my trip, but my time travelling down the Blues Trail was one of the most enriching travel experiences I’ve ever had. If you want a road trip that’s packed with music, history, culture and incredible moments – I couldn’t recommend it more highly.

Do you want to experience everything the Blues Trail has to offer? Book a place on our Limited Edition USA’s Blues Trail tour.