Why South Georgia should be part of your Antarctica voyage 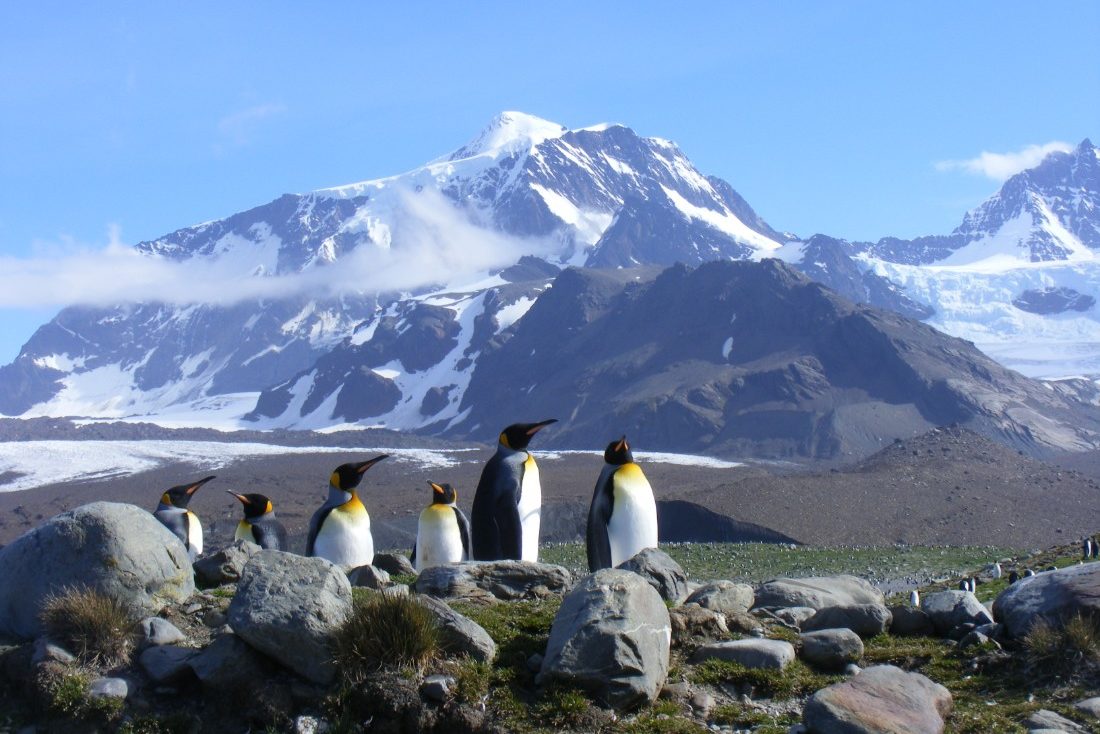 I write this as we sail away from South Georgia on the way to Antarctica after the most amazing four days I’ve ever had travelling.

When heading to the vast, white expanse that is Antarctica, the sub-Antarctic islands may not immediately be on your radar – but there are so many incredible things about this small, unspoilt part of the world. A friend of mine once described South Georgia as “where God goes on his holidays” and I think that about sums it up. But if you need convincing, here are some reasons why South Georgia should be part of your Antarctica itinerary. 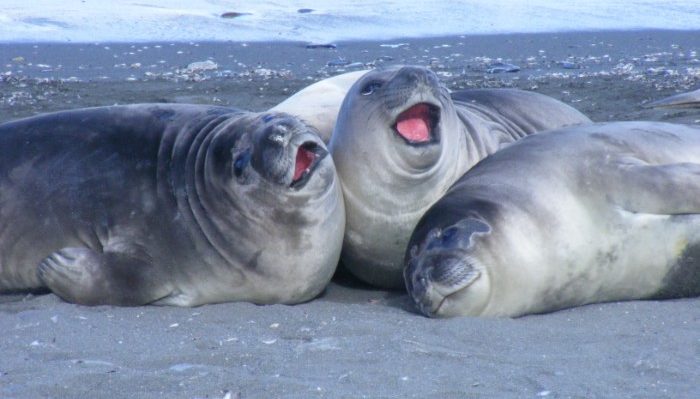 We’re approaching the coast of South Georgia in a zodiac: as you get closer, we start to hear the residents (and smell them). The zodiac pulls up on the beach and we jump out and there are animals everywhere – the expedition team are keeping a keen eye on the fur seals as they can be a bit nasty. The elephant seal weaners (pups only a few months old), are like big docile Labrador puppies and have made themselves at home, among and on top of, the life jackets and walking poles. This is our first taste of the incomparable wildlife you will find on the island.

A path has been marked out to lead us to the main part of the King penguin colony and on the way, King penguins pass us on a regular basis. They seem completely unconcerned about our presence and come within a metre of us. We climb a short rise through the tussock grass and the main colony is spread out before us. There are 150,000 breeding pairs on this beach, plus their chicks and the sight of so many animals in one place is quite overwhelming. Every now and then, in among the penguins, a young male elephant seal moves over the ground like some kind of comical, ungainly slug, raising its head and bellow with annoyance as the penguins invade his space. Overhead, skuas, Antarctic terns and giant petrels soar as they fly out to sea to feed.

This is the reality of South Georgia – biodiversity to rival Africa or the Amazon but numbers of animals unparalleled anywhere else on earth.  It’s also the closest you will ever get to animals in the wild. With no predators on land, these animals do not fear us and are curious and often approach us to investigate. 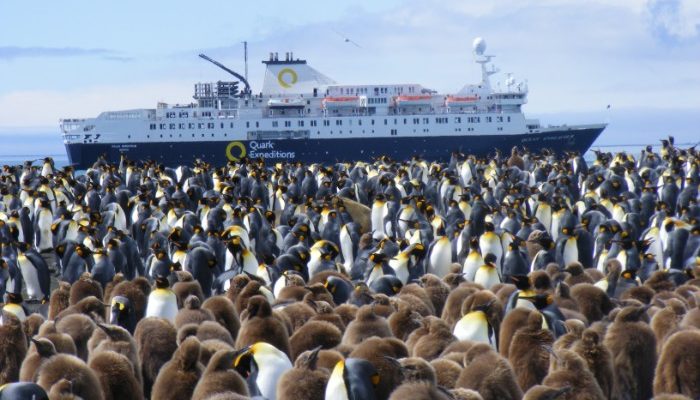 Like stories out of adventure books of a pre-internet era, South Georgia has been the setting of some remarkable feats of survival and of the brutality of man in his endeavours to exploit the natural environment for financial gain.

After Ernest Shackleton’s Endurance was crushed in the ice of the Weddell Sea, Shackleton and his men were trapped on Elephant Island with little hope of rescue. After some months, it became apparent that they would only survive by rescuing themselves, and so began a tale of unparalleled bravery and endurance.

Shackleton and three of his men took to a tiny lifeboat, the James Caird, and made the perilous crossing of the Southern Ocean to South Georgia.  They landed on the west coast and then had to make an equally dangerous crossing of the unchartered, mountainous interior of the island. With no climbing experience and little equipment, they successfully crossed the mountain range in just 36 hours and walked into Stromness, exhausted and starving, but without losing a single man.

As we stare at these same mountains, and walk around the rusting remains of the whaling stations at Stromness, Leith Harbour and Grytviken, we can hear the ghosts of the men who spent many summers and winters in this harsh environment and imagine the gory carnage of the whale catch being processed on the beaches. South Georgia’s history comes to life in these ruins and in the tales of explorers’ past.

The Antarctic Peninsula has the most awe-inspiring, jaw-droppingly beautiful scenery I have ever seen. South Georgia is the perfect backdrop – even though the island is relatively small, being only 165 kilometres long, within its’ borders, lies incredible vistas. Mountains rise sharply from the beaches and glaciers forge deep fjords along the coast line and valleys. Slopes covered in tussock grass make for perfect nesting sites for albatross and cormorants and were once the habitat of reindeer, introduced by Norwegian sailors as a source of meat. The rocky coastline is the home of kelp forests where fur seals love to frolic and forage. The scenery is undoubtedly the perfect backdrop to the stunning wildlife we have encountered on the way to our final, icy destination.

Want to experience the wonders of South Georgia and Antarctica for yourself? Join a Peregrine voyage this spectacular part of the planet.

I've worked in the travel industry for 23 years and at the Intrepid Group for the last eight and a half of them. My most life-changing travel experience (other than Antarctica) was 15 weeks on the back of an overland truck from Kathmandu to London in 1990. When not working, travelling or mothering, I like to see live bands and often have to fit travel in around concert dates (Dave Grohl comes before everything).