10 foods you have to try in Tuscany 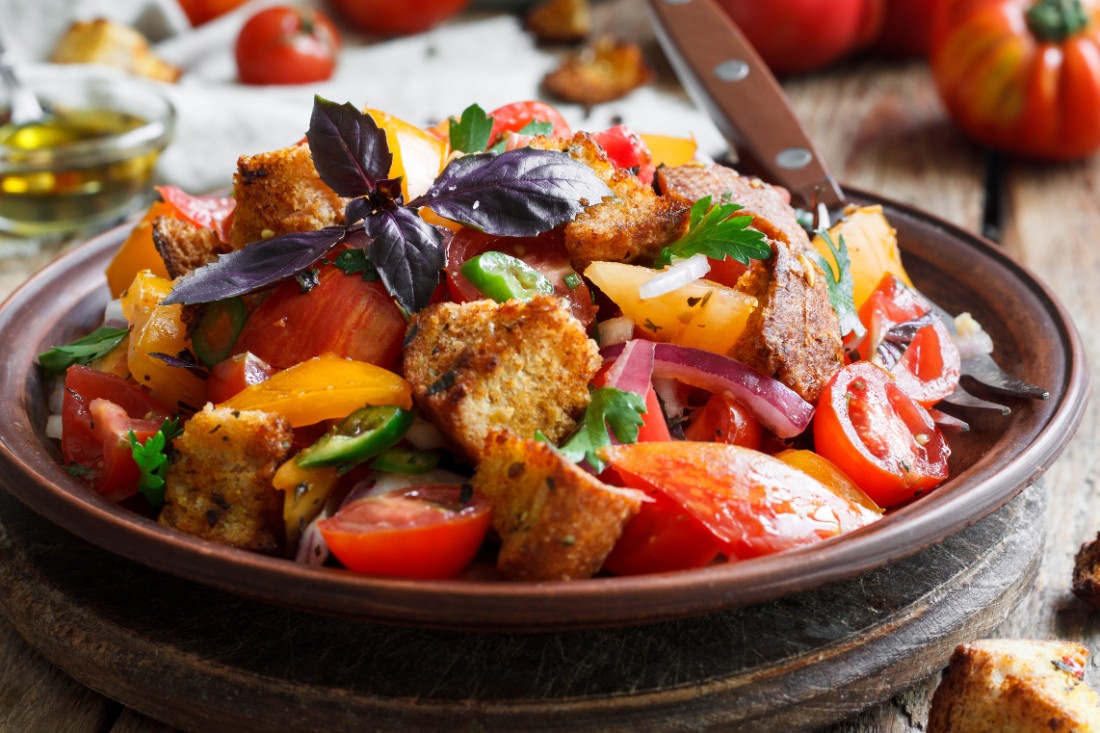 When visiting Italy, it is no secret that Italian wine and cuisine is a big drawcard for many travellers.

But, what some foreign foodies might not know is that each Italian region has their own distinct speciality dishes and flavours. So much so, that you could even argue that there is no such thing as Italian food! Rather you have Sicilian food, Venetian food or Sardinian food, however, one of my favourite food regions in Italy is undoubtedly Tuscany.

Much of Tuscan cuisine is inspired by traditional “peasant food” of the farming region, so is often quite simple and rustic in its flavours and ingredients. But, just because they have humble roots, doesn’t mean that food in this part of Italy is any less delicious than you would expect.

Here are some of the dishes you don’t want to miss when touring this beautiful part of the world.

When you’re dining anywhere in Tuscany – a restaurant or a family home – there will scarcely be a meal that doesn’t begin with Crostini Toscani.  Chicken liver pate served on a thin piece of toasted bread, this starter is a staple of Tuscan cuisine. It was made famous by Catherine de’ Medici, the Italian noblewoman who became the Queen of France in the 16th century when she introduced a range of her favourite Italian dishes to the food-loving French. This was touted as the inspiration for foie gras, so was an important piece of culinary evolution.

LOVE FOOD AND TRAVEL? JOIN US ON OUR 9-DAY ITALY FOOD EXPLORER NOW

Panzanella (pictured at top) is full of classic Italian flavours – bread, tomatoes, onion, basil, olive oil and balsamic vinegar all tossed together in a salad. The salad works best with stale bread, and first eventuated because Italians thought it a travesty to throw out their days-old bread. So, instead of letting it go to waste, they soaked the stale bread in water to soften it up, before mixing it together with the other fresh ingredients to create a tasty and hearty salad.

Image by hlphoto via Shutterstock.

When you describe a dish as beans with sausage, it doesn’t sound very appealing, but that’s exactly what Fagioli con salsiccia is, and it’s as tasty as can be. This rustic meal is made by soaking borlotti beans in water to soften them, before cooking them with onions, garlic, crumbled sausage meat, chilli and crushed tomatoes. It may not look pretty, but it is the perfect comfort food on a cold night.

When you visit Italy you simply have to indulge in a bowl of pasta (or 50), and Tagliatelle al tartufo is a unique pasta dish you definitely don’t want to miss. Think long ribbons of delicate tagliatelle pasta, swirled with warm, melted butter, garlic and then decadently topped with shavings of black truffle and parmigiano cheese. The earthy umami of the black truffles is distinctly European in flavour and delicious to boot. 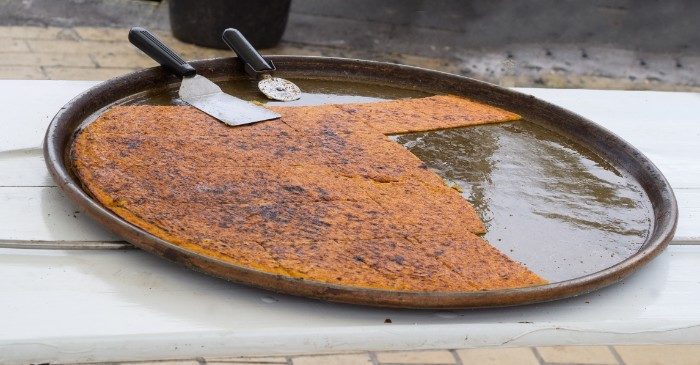 Image by lucag_g via Shutterstock.

A delicious street food snack, Torta di ceci is a chickpea flour pancake that is, strangely enough, served inside a sandwich by the street vendors in Tuscany. Vegetarian and gluten free, this crunchy, carb-fuelled treat can also be used the base for a pizza, or served with vegetables. Bellissimo!

Another one for the carb-lovers, Potato tortelli is a fragrant, potato filled pasta (not dissimilar in shape to ravioli) that is often cooked by Tuscans for special occasions. Inside the pasta parcels you will find mashed potato flavoured with tomato, spices, garlic and parmigiano, which can be accompanied with anything from a simple sage and burnt butter sauce, through to a rich, meaty ragu. 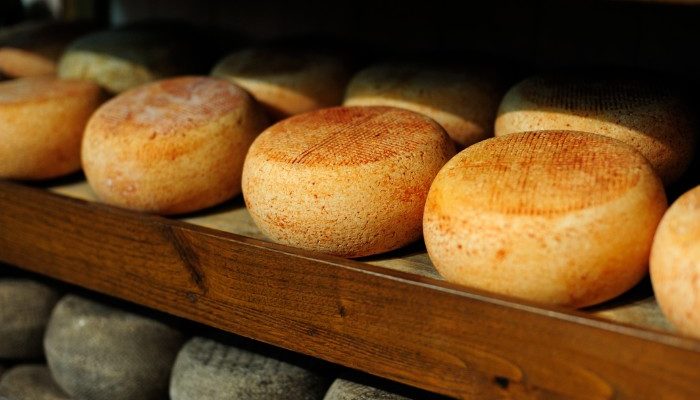 Image by Mizio1970 via Shutterstock.

Italians might be known for their exceptional cheeses, but the Tuscan’s are specifically known for their impeccable Pecorino. Pecorino is a hard cheese made from sheep’s milk and can be eaten as part of a cheese board at the end of a meal, or used in cooking (such as shaved over the top of pasta instead of parmigiano).

READ MORE: 8 ANDALUSIAN DISHES TO MAKE YOU FALL IN LOVE WITH SOUTHERN SPAIN

These hard biscuits are arguably Tuscany’s most famous sweet treat– made of flour, eggs, sugar and nuts (normally almonds and pine nuts). Biscotti di Prato are a delicious accompaniment to an Italian espresso or, some locals prefer to enjoy them with a glass of local Vin Santo, a dessert wine perfect for dipping the biscuits in.

Image by sonia62 via Shutterstock.

If you’re more of a cake person than a biscuit person, never fear, Tuscany delivers in this culinary space as well. Castagnaccio is a gluten-free cake, baked with chestnut flour to give it a nutty, earthy flavour. It is mixed with olive oil, walnuts, pine nuts, raisins and rosemary for a slightly savoury hit. Castagnaccio was particularly popular with peasants and farmers in Tuscany, as chestnuts were one of the staple foods they always had access to. The dried fruits and nuts added to the chestnut flour and water mix were luxuries to the add more flavour to the recipe if they were available.

Do you want to taste your way around Tuscany? Join one of Peregrine’s small group tours in Italy, like our Walking in Tuscany tour.

Hero image by YuliiaHolovchenko via Shutterstock.