What to expect on an Arctic expedition 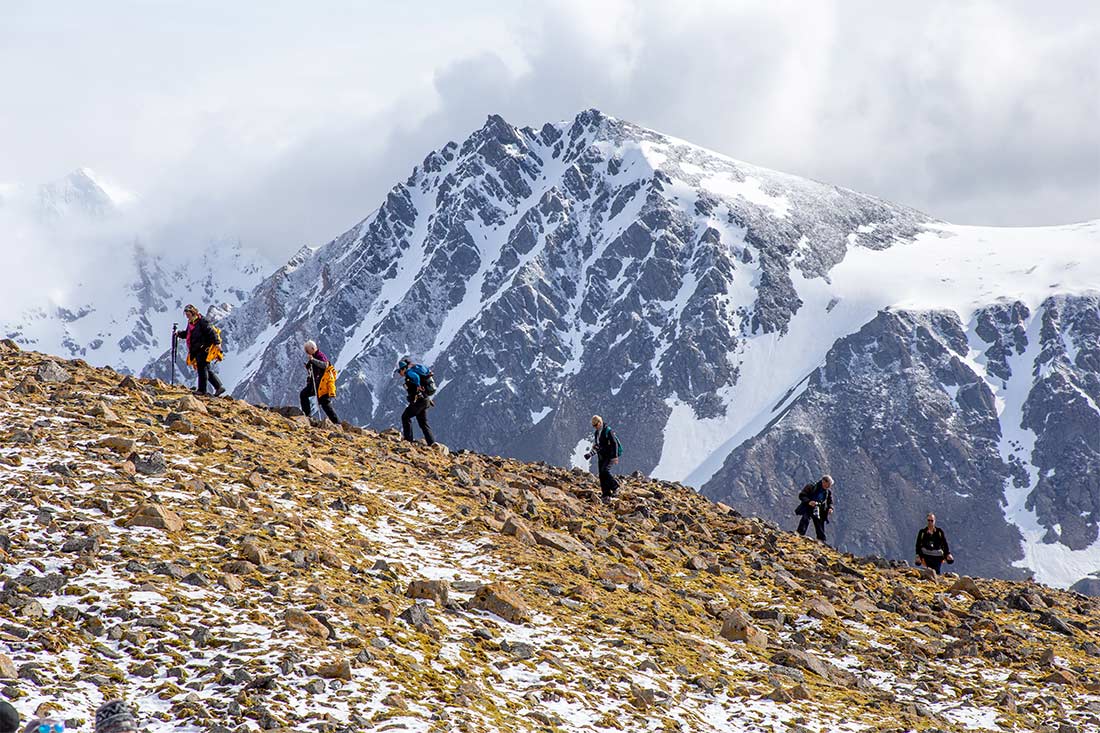 Almost everyone knows about the Arctic these days, thanks to the combined forces of the BBC and David Attenborough. We’ve all seen those images of polar bears hunting across the sea ice, or cute ringed seal pups taking their first dive into the water.

But what is it really like to journey to the frigid north? While we often associate polar adventures with rugged explorers, frost bite and questionable food, the truth is that an Arctic expedition doesn’t mean roughing it. Here’s what to expect aboard an Arctic adventure: 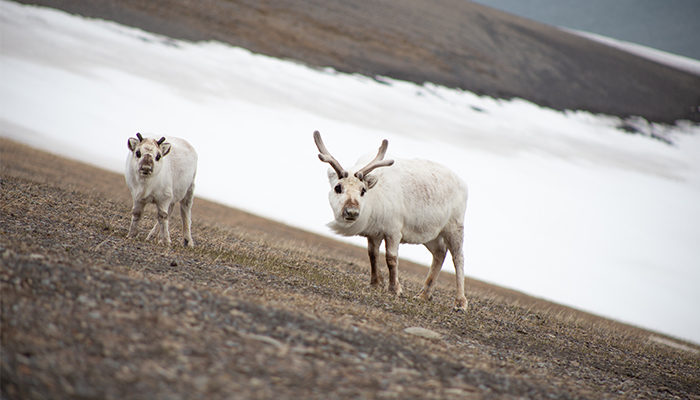 1. Be ready for wildlife to appear at a moment’s notice

Each Arctic expedition is inevitably bound by the unexpected. The itinerary is dependant on the ebb of the tide, the growth and retreat of sea ice, and random encounters with wildlife – especially in summer, when around-the-clock daylight means a sighting can happen at anytime. You never know when a polar bear might decide to turn up for dinner, an orca could pop up alongside the ship, or a herd of reindeer might patiently watch you drift by while they chew cud. Your best tactic is to always keep your camera and jacket nearby, just in case a surprise visitor makes an appearance.

RELATED STORY: WHAT TO PACK FOR AN ARCTIC ADVENTURE

2. Gain a new appreciation for our environment

Yes, there’s the incredible mountain vistas, glaciers stretching from one end of the horizon to the next and jagged ice sheets that put on a cracking show. But there’s much more to the Arctic than just a pretty picture. All ocean currents lead to the Arctic, bringing with them a wide range of international rubbish. It’s only when you arrive on land to find chocolate bar wrappers from Japan that it hits home just how delicately in tune our global ecosystem is and the role the Arctic plays in it. You’ll also discover bones and remains scattered about the islands, revealing the constant tension between life and death in this challenging environment. 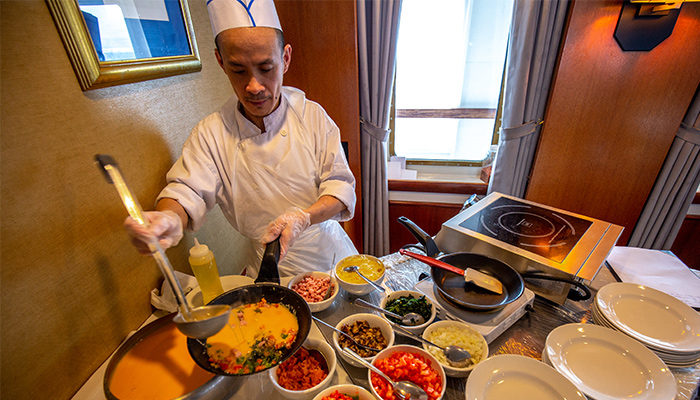 A chef prepares to cook an omelette. Photo by Justin Meneguzzi.

Your body must put more energy into keeping warm than it normally would when it’s faced with the freezing conditions of the Arctic. Thankfully there’s a small army of chefs onboard ready to fuel you for the day with tasty meals. Expect a buffet breakfast and lunch each day, followed by a three-course dinner in the evening and a constantly changing roster of desserts (plus tea and biscuits  in between). There’s no room to feel guilty when you’re plating up that extra serve of lasagna, pumpkin soup or Black Forest cake. Just think of it as necessary for your survival, like a polar bear readying for winter.

4. The polar plunge is exactly as cold as you think

There’s always room for healthy scepticism – surely the marathon can’t be that tough, the chilli that spicy or movie that scary. Well, I’m here to assure you the water is that cold. But the polar plunge wouldn’t be much fun if it wasn’t a challenge. At some point in your expedition the crew will halt the ship, lower the gantry at the dock, and invite the daring (or stupid) to participate in the polar plunge. You’ll clip on a safety belt, which is attached to a line, and then do your best to look brave for the cameras as you jump out into the Arctic Ocean. With water temperatures hovering around -1 degree Celsius (34 Fahrenheit), expect a shock to the system and a mad dash back to the boat to throw on a bathrobe and gulp down a shot of vodka. You’ll get a photo to take home afterwards and some serious bragging rights too. 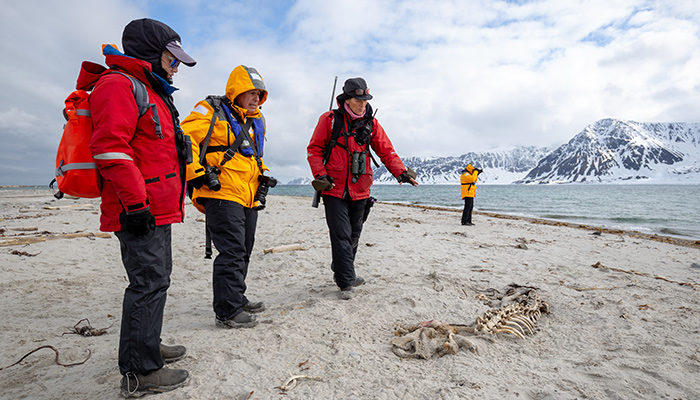 With an expedition ship packed with historians, ornithologists, glaciologists and marine biologists, every Arctic exploration comes with its own walking, talking encyclopedias. Their expertise is brought to life when you’re off the boat investigating walrus remains that have washed up on shore, or an abandoned puffin nest along the cliffs. Each expert’s passion for their subject is infectious, and before long you’ll be able to pick a kittiwake from an ivory gull, and tell everyone you know how walruses use their whiskers to find molluscs.

6. Join the ranks of polar obsessives

There’s something about polar travel that people take to heart and wear as a badge of pride. It might be the camaraderie of joining a community of people who have seen a place that few ever get to see, the knowing nod when the polar plunge comes up in conversation, or the shared passion for wildlife, but polar travel seems to have a way of drawing people together. On any Arctic expedition you’re guaranteed to have someone who has been to the opposite pole, or has done multiple polar expeditions. Ask them and they’ll tell you it’s because this environment gives them something intangible that nowhere else does. Once you disembark from your first expedition, it’s only a matter of time before your mind starts to wander towards the opportunities in the south.

Now you know what to expect, go ahead and browse our range of Arctic expeditions.