Snacks on the sand: what to eat at the world’s best beaches 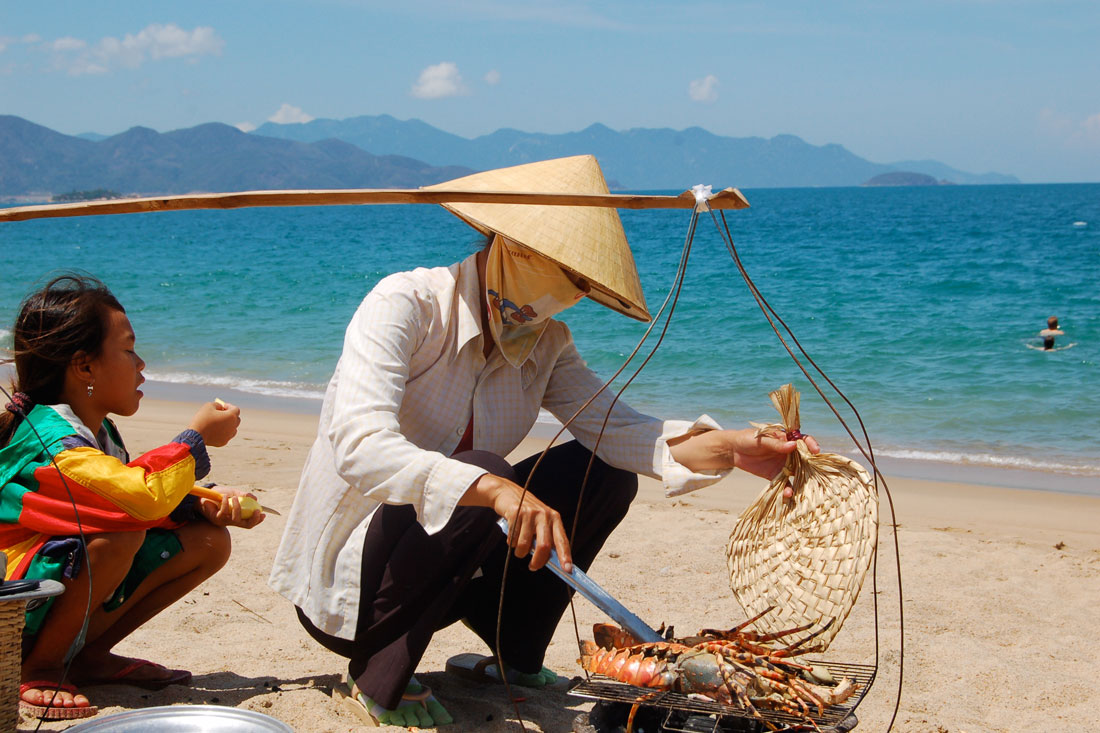 Here’s our guide to the world’s best beaches and their most famous local delicacies. The best part is, you won’t even need to wipe the sand off your feet to get your fill. 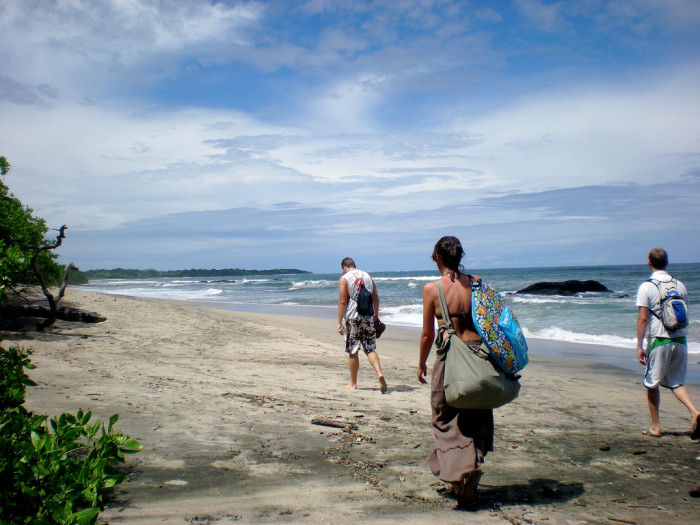 Don’t think of it as raw fish. It’s so much more than that. Ceviche is freshly caught fish, combined with lime juice, coriander, chopped peppers and onion and left to marinate. The juice from the lime “cooks” the fish and locals in Costa Rica also add their signature ingredient, half a cup of ginger ale. It’s the healthiest snack you never thought of, and is the perfect way to freshen up after a few hours in the sun. 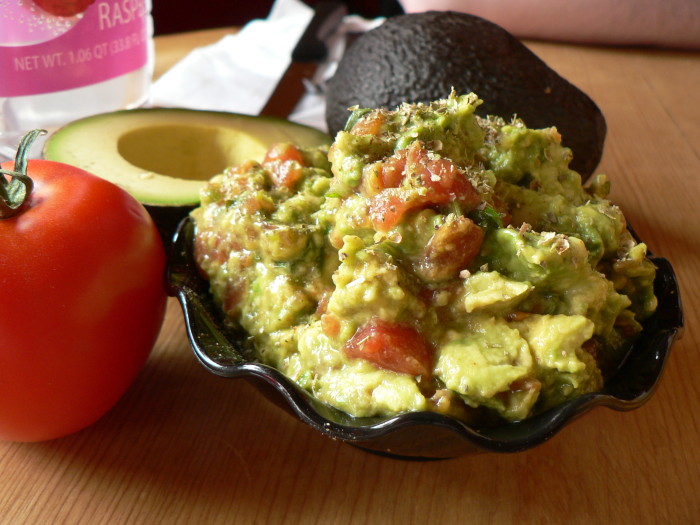 Forget fancy fine dining. The best part about a beach snack is that it’s simple, doesn’t require a team of chefs to assemble and can be eaten with your hands. Guacamole ticks all the boxes, and you can hear the crunch of crispy corn chips all up and down the coast of Tulum. The best part? Once your hands and face are covered in the green goodness, you can simply run back into the water to wash it off. Well played Mexico, well played.

Gelati by the beach. Nothing out of the ordinary here. Unless you pay a visit to Gelati Tonino on Corso Vittorio Emanuele, one of the oldest gelaterias in town. It might look like every other gelateria on the block, but that’s where the similarities end. Owner Antonio La Tore is just the right balance of crazy and genius, selling a whopping 60 kinds of gelati, including his famous Tropea onion and the intense hot salami, made from Calabria’s own ‘nduja salami. If you’re more of a traditionalist, there’s still plenty of favourites such as pistachio, chocolate and fig, but we think it’s well worth taking the risk and trying something new! 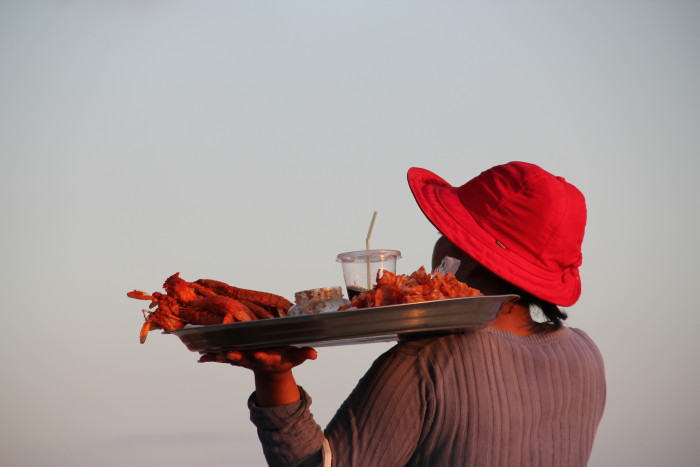 It’s not until you spot a woman walking along the beach carrying a tray of freshly caught prawns that you realise you’re STARVING. Hey, it’s been a big day. You came down to Serendip Beach early, chose your favourite sun lounge, laid out your towel, took a dip and have been nose-deep in your novel for the past hour. You’ve earned a little treat. Go on, wave her over and try not to drool as she barbecues those beauties to perfection. Served right there on your sun lounge with a squirt of lemon, a sprinkling of something so delicious that you forget to ask the name of it and eaten while watching the waves roll in. Oh, and did we mention it’ll cost you no more than a few bucks? It’s pretty hard to tear your eyes off the view, but this tasty dish is worth every second (although we’d recommend sneaking a peek between mouthfuls, because it really is that magical). Freshly caught, tender, melt-in-the-mouth octopus is simmered in a creamy coconut milk sauce infused with the spicy flavours of the Seychelles: cinnamon, thyme, saffron, chilli, ginger and turmeric. Can’t you just about taste it? It’s the sort of simple dish that you can recreate at home, although we can’t guarantee the view will be as breathtaking. 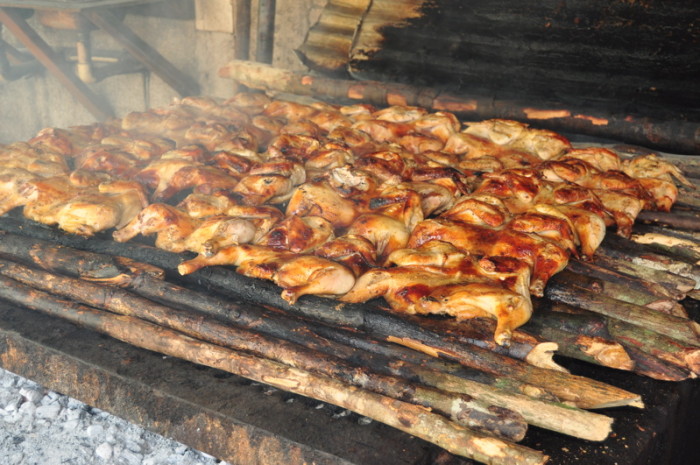 Jerk pits line the beach at Boston Bay, cooking Jamaica’s signature dish over pimento leaves day and night. In fact, this part of the world is said to be the birthplace of jerk cooking. It won’t take long before you are drawn by the spicy scent, carried along on the wind and making your tummy grumble before you’ve even hit the water. Each shack has its own signature jerk sauce, and we highly recommend teaming your jerk chicken or jerk pork with some sweet fried bread and “soursop” to take it to the next level. The food here is so good that it’s where the locals come for their fix, so make sure you say hi (when you’re not dealing with a mouthful of delicious meat).

Nachos in Vietnam. Margarita pizza in Jaipur. Cheese in Morocco. Spaghetti bolognese in Botswana. These are just a few of the edible surprises I've come across on my travels. Sure, it's not all about food… but at the same time it kinda is. I'm a copywriter for Intrepid and the most fun I ever had at work was writing our brochures. The most fun I ever had outside of work was watching a honey badger tear open a bag of chips at our campsite in Chobe National Park.