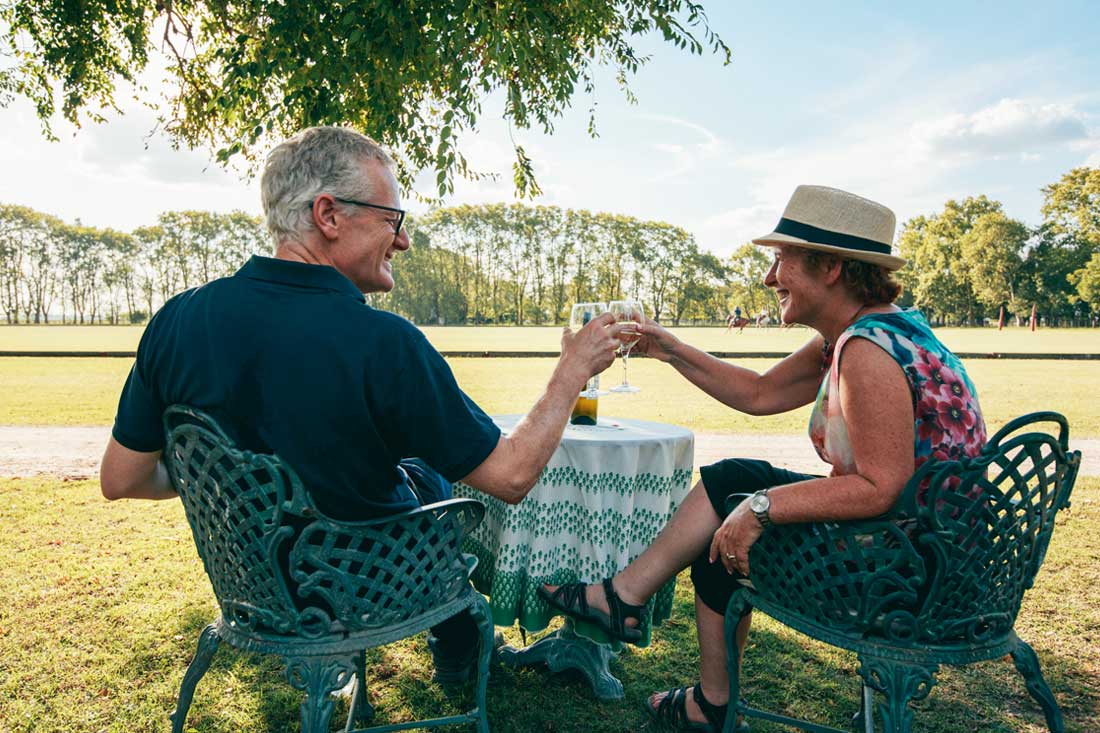 But although February 14 has become synonymous with Hallmark in many parts of the world, not every culture chooses to declare their love via a romantic greeting card or overpriced rose. Some dedicate a special day (or week!) to celebrating friendship, while others choose to pin their hearts to their sleeve or gift their beloved with wooden spoons.

From mourning the single life over a plate full of carbs to walking barefoot through frozen fields, here are 11 of the more unusual ways that Valentine’s Day is celebrated around the world.

One day is nowhere near enough for the passionate Argentinians – they also devote an additional entire week in July to the festival of love, calling it ‘Sweetness week’. Between the 13th and 20th, lovers exchange kisses for candy, and finish up the week of celebrations with a friendship day as well.

While February 14 is starting to become more popular for celebrations of love, China has been celebrating its own version of Valentine’s Day for centuries.

The Qixi festival originates from a folklore tale of two star-crossed lovers. In it, a cow-herd and a King’s daughter are forced apart and only allowed to reunite on one day a year: the seventh day of the seventh month in the Chinese lunar calendar. During the festival, couples go to temples and pray for prosperity, and at night they look to the heavens as the stars Vega and Altair (representing the cowherd and the daughter) pass close by each other on their annual reunion.

Finland and Estonia slow things right down on Valentine’s Day, opting for a friendlier celebration called Ystävän Päivä in Finnish and Sõbrapäev in Estonian instead.  Here, February 14 is all about celebrating friendship, and people exchange presents and cards with the greeting ‘Happy Friends Day’. Probably not what you’ve been waiting to hear from your crush all this time!

Finding love can be a lottery, and no one knows this better than the French! Une loterie d’amour – a surprisingly unromantic custom from the country of love – saw hopeful singles line up in houses facing each other and call through the windows until they eventually paired up. Those women left partner-less then built a large bonfire, ceremoniously burning images of the men who rejected them whilst hurling insults into the sky.

Sadly, after things started getting a little unruly, the French government decided to ban the practice altogether.

In Japan, it’s the ladies who spoil the object of their affections with chocolates on the 14th of February – and it’s the type of chocolate given that counts.

For husbands, boyfriends, or prospective boyfriends, high quality honmei-choco (‘true feeling’) chocolates are hand delivered, while colleagues or acquaintances receive giri-choco, the cheaper ‘obligation chocolate’. If you’re unlucky (or unlikeable?), you might even end up with a box of cho-giri choco: ultra-obligation chocolate reserved for the most unpopular of male colleagues.

When White Day comes around on March 14, those who received honmei-choco are expected to return the favour, by giving their loved ones presents (often jewellery or lingerie) worth two to three times the chocolates they received.

Translated into English roughly as ‘joke letters’ Gaekkebrev, a Norwegian tradition dating back to the 18th century, is far more romantic than it sounds.

Secret admirers pen poems to their beloved, before cutting intricate patterns into the paper and pressing a small white Snowdrop flower inside. The ‘joke’ comes from the letter’s signature – or rather, it’s absence. Instead, budding poets sign off with a dot for each letter of their name.

If the lady correctly guesses who her admirer is, she wins an Easter egg at Easter. If not, the yolk’s on her and she has to give him one instead!

If you’ve ever dreamed of getting married alongside your best friends, acquaintances, neighbours, colleagues, and the waiter from your favourite restaurant – Valentine’s Day in the Philippines may just be your celebration.

Every year on February 14, hundreds (sometimes thousands) of couples come together in public places to be married en masse. Often, the celebrations are sponsored by the government as a public service, allowing underprivileged couples the opportunity to tie the knot.

In Slovenia, where St Valentine is one of the patron saints of spring, February 14 marks the first day of working in the fields for the New Year. It’s widely believed that this is the day that plants start to regenerate, and there’s even a proverb that says “St Valentine brings the keys of roots”.

There’s also a belief that birds ‘propose’ to each other on this day (marking the start of the mating season), and to bear witness to the occasion, you must walk barefoot through fields that are often still frozen. It’s Saint Gregory’s Day on March 12 when people generally celebrate their love for each other (in a hopefully warmer way!).

Adapted from the Japanese tradition, women in South Korea are also in charge of the chocolate-giving on Valentine’s Day, receiving presents in return on White Day.

If your first two Valentine’s Days pass without a whiff of romance, never fear. The Koreans have taken things one step further by adding a third day: to mourn being forever alone. ‘Black Day’ on April 14, has become an informal celebration/commiseration of the single life, when singletons dress in head to toe black, gather with their friends to enjoy jajangmyeon, Korean noodles with a black bean sauce.

The romance, or lack of, doesn’t end there though, with romantic celebrations continuing on the 14th of the month throughout the year; May’s Rose Day, June’s Kiss Day, and December’s Hug Day to name a few.

Many South Africans celebrate the day of love with chocolates, flowers, and candlelit dinners in romantic locations with their Valentine on the 14th. But, for the times when a subtle anonymously signed card doesn’t do the trick, South Africans don’t mind wearing their heart on their sleeve – literally.

Following an old-age Roman festival called ‘Lupercalia’ (thought to be the predecessor to Valentine’s Day), young girls pin the name of their love on their sleeve for the day. Luckily, this is a much tamer version of the original festival, at which goats were sacrificed and men would run through the streets wearing the skins, whipping women to bless them with fertility.

Would you be confused if your beloved gave you a wooden spoon on Valentine’s Day? Probably not if you’re Welsh!

Rather than professing their love on Valentine’s Day, romance is celebrated on St Dwynwen (the Welsh patron saint of lovers)’s Day on the 25th of January instead. Eschewing the traditional flower and chocolate combo, here young men opt for presenting intricately carved wooden ‘love spoons’ to their sweethearts instead.

It’s a centuries-old tradition, inspired by sailors in the 16th century who hand carved presents for their loved ones while at sea. Who says old fashioned romance is dead?

Find out what all the fuss is about on a small group adventure with Peregrine.

Miranda is a travel writer, adventurer and one half of travel blogger duo, The Common Wanderer. You can follow more of her adventures on Instagram at @thecommonwanderer