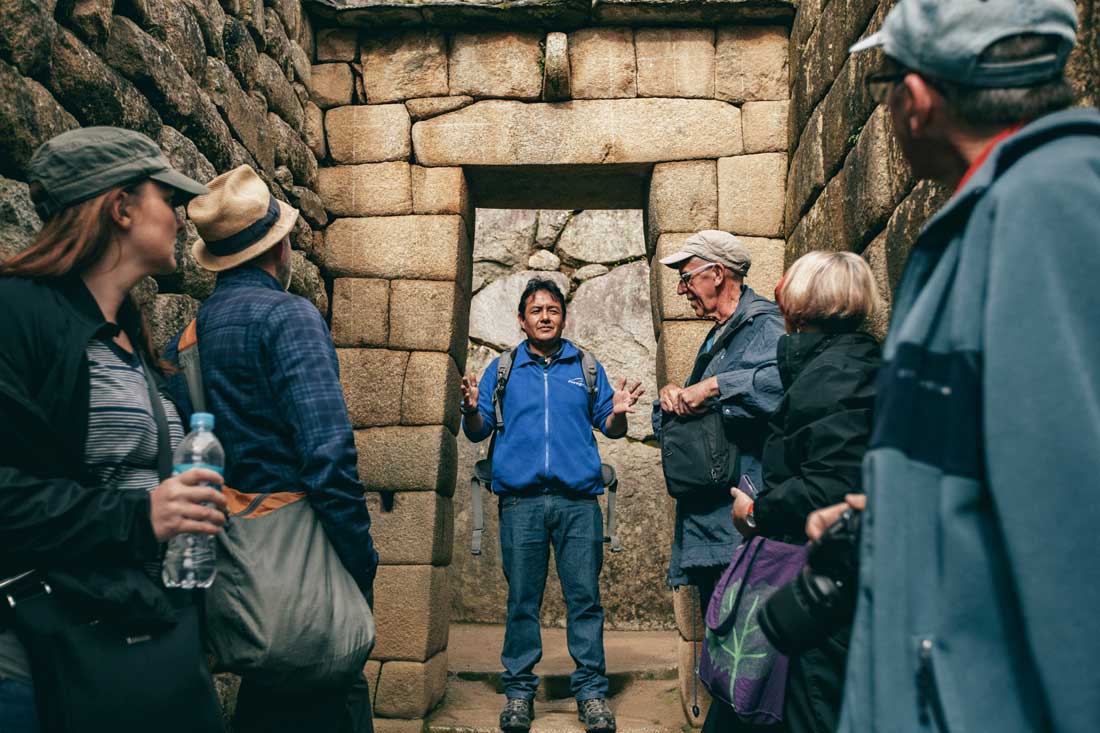 Way back in 1995 we decided to do something pretty radical (well, radical for 1995 anyway): employ local guides to lead our groups. These were the people that knew their destinations best; not just rattling off historical dates and knowing the names of all the statues, but also the best place to find a pisco sour, learn samba, catch a shinkansen in Tokyo. And over 20 years later, they’re still going strong. In this series we’ll meet a few of the locals who guide our Peregrine trips around the world.

Today we’re sitting down with Ahmed Kamel, a registered Egyptologist and the guide on our brand new Limited Edition tour: Pyramids, Mummies and Pharaohs. 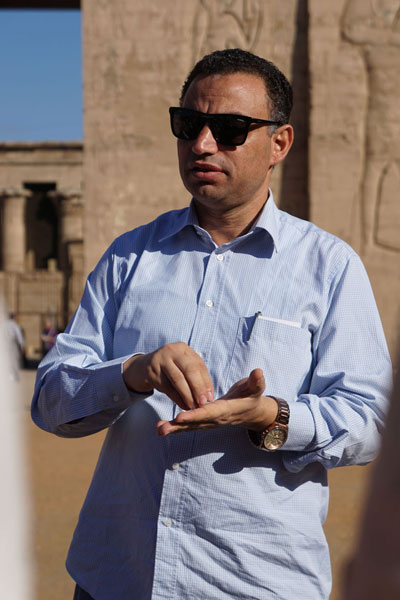 So Ahmed, how long have you been guiding group tours?

What was life like before you were a leader?

Well, I studied a four year degree to be an Egyptologist, and after my graduation I started working as an Egyptologist at the Pyramids of Giza plateau. My main task was registering Hieroglyphic texts from private tombs in the area just to the East of the Great Pyramid. I was also the inspector in charge of Cheops and Chephren’s pyramid complex. For a while I was a member of the restoration team that worked on the private tomb to the south of the causeway and Sphinx. I’ve participated in several of Giza Pyramid excavations too.

What do you like most about meeting travellers and new people on your trips?

In 1996 I realised I wanted more than simple excavation. I wanted to show travellers a different side to Egypt, and share some of the knowledge I’d gained. So I decided to start working as a freelance tour guide. For a few years, I continued both jobs, Egyptologist and tour leader, then I decided to join Peregrine full-time. Meeting new people on trips is the best part for me: I get a chance to learn more about different cultures all over the world. Sharing life stories and experiences was what attracted me to the job in the first place.

What’s your favourite thing about Egypt to share with your groups?

The depth and continuity of the history is something I really try to highlight for my groups: literally thousands and thousands of years without any gaps in recorded history. That’s quite rare. Egyptian history gives us a real sense of what life was like for ancient Egyptians. It’s not just about kings and queens and what they built. It’s also about their daily lives, how they thought, what they believed. It’s a legacy that’s lasted for thousands of years and, I think, will endure for thousands to come. 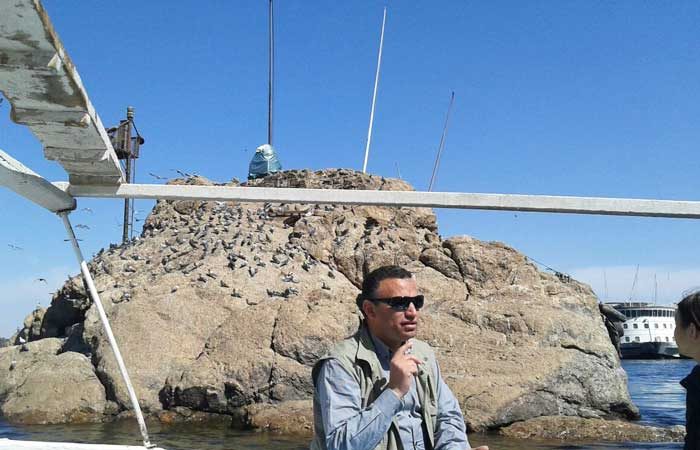 What’s your favourite trip to lead?

Definitely Pyramids, Mummies and Pharaohs, but really they’re all interesting. I loved walking people around Egypt’s sites, its tombs and temples. The Western Desert and the Oasis are certainly not to be missed, but really, everywhere in Egypt holds a special significance for me. Every city and village has its own beauty and charm.

Can you narrow it down to one favourite place?

I’d have to say Aswan city. Aswan is pure paradise: a laid-back city with a beautiful natural view of the desert approaching the River Nile. You can sit and watch the white felucca sails sailing down the river, and the people there are an interesting mix of ethnicities: you can find Saaidis, Bedouins of several tribes and two different groups of Nubians, all in one place. If I had to name a historical site, it would probably be Karnak. It’s a unique temple, and I don’t think anywhere else comes close. 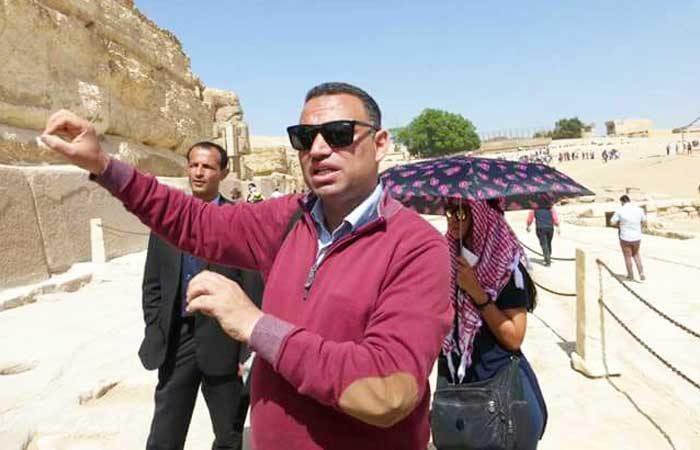 Tough one! Probably Koushary, a mix of macaroni, rice, lentils, chickpeas, fried onions and tomato sauce, flavoured with spices. I usually get our group to try a bowl or two on the tour.

What’s the one thing you’d like every traveller to take away from Egypt?

Every traveller should see the pyramids and the Sphynx. Beyond anything else, these two structures are the standing evidence of how great the Ancient Egyptian civilisation was. Seeing a traveller’s face when they see Giza for the first time…it’s absolutely priceless.

Want to learn Egypt’s secrets with Ahmed? You can join him on our exclusive Limited Edition tour: Pyramids, Mummies and Pharaohs.