101 Dalmatians: Our guide to the islands of Croatia Traditionally the Dalmatian coast always lost out to sun-soaked hot-spots like the French Riviera or the Greek Islands, probably because (despite being largely stable) it had that Balkan vibe, and that wasn’t a vibe you wanted to have in the 90s. 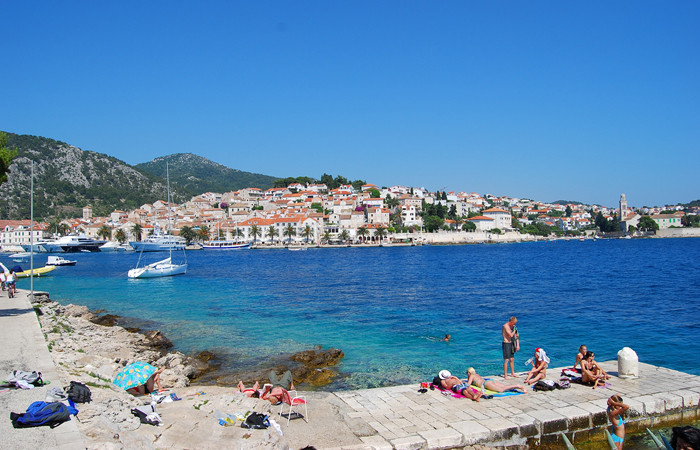 Your first sight of Hvar is the old marina and its bobbing contingent of million-dollar super yachts. The island has become a playground for the rich and famous in recent years, but thanks to an affordable ferry from nearby Split (and a range of island accommodation) it’s not out of reach for the average traveller. The aquamarine waters and ancient settlements like Stari Grad are the major drawcards, but venture further afield and you’ll be rewarded with rolling lavender fields, boutique wineries, isolated hamlets and little coves without a tourist in sight. 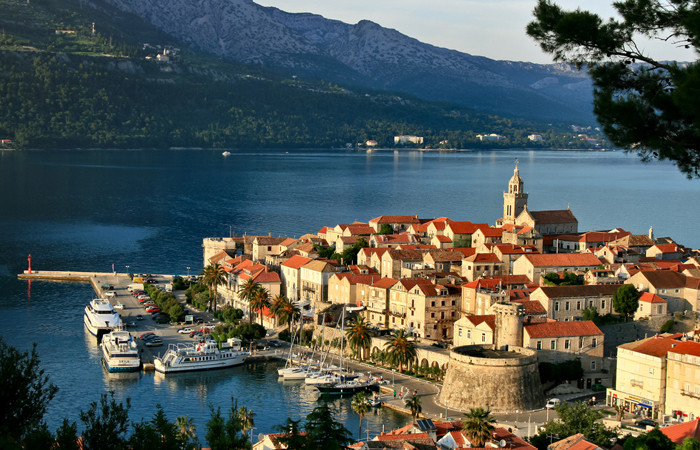 Korcula is about as close as you can get to the mainland while still technically being an island. It’s also the most settled isle in the Croatian archipelago, but that just means more classic Croatian architecture to explore. It’s capital, also named Korcula, is known as Little Dubrovnik for its terracotta roofs and photogenic location on the edge of a turquoise promontory. This is the island for oenophiles, with some of the country’s best whites being produced right here (the coveted pošip grape grows almost exclusively on Korcula). Add in sandy beaches and stunning Renaissance architecture (the Cathedral of St. Marco is a must-see) and you’ve got the perfect island getaway. 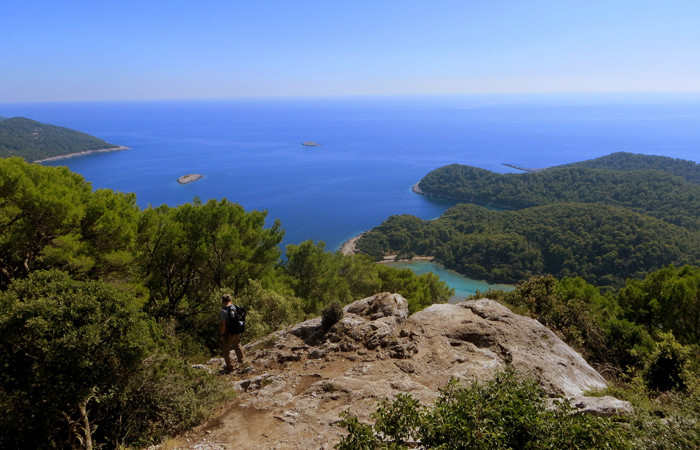 Where Korcula is settled, Mljet is wild and untamed, probably the greenest isle on the Dalmatian Coast. No wonder it’s rumored Odysseus spent seven years here (lucky guy). A few isolated villages cling to the coast, and there are one or two vineyards a little further inland, but a lot of the island is taken up by the Mljet National Park. If you’d like a slice of Croatia as it once was (we’re talking pre-historic, not just 20 years ago), this is the place. The island’s two salt lakes are incredibly beautiful, and there’s even a tiny Benedictine monastery in the middle of one of them, Veliko Jezero. 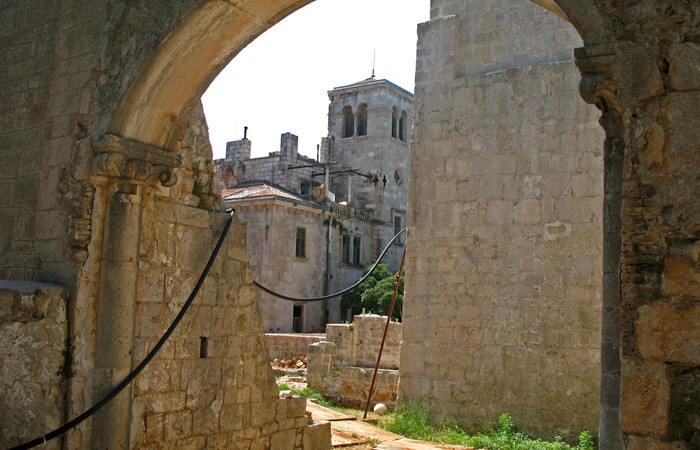 A popular day-trip destination for Dubrovnik locals who want to escape the crowds, Lokrum is sort of a floating botanic garden. The island’s covered in an incredible collection of holm oaks, black ahs, pines, olive trees, giant agaves and rare Mediterranean plants. Spend the morning swimming off-shore and soaking up the Mediterranean sun, then go explore the island’s ruined Benedictine monastery in the afternoon. Pay close attention to the ferry timetable though, as when the last boat to Dubrovnik leaves…that’s it (if you’re travelling with Peregrine, don’t worry, your leader will keep track of all that for you). 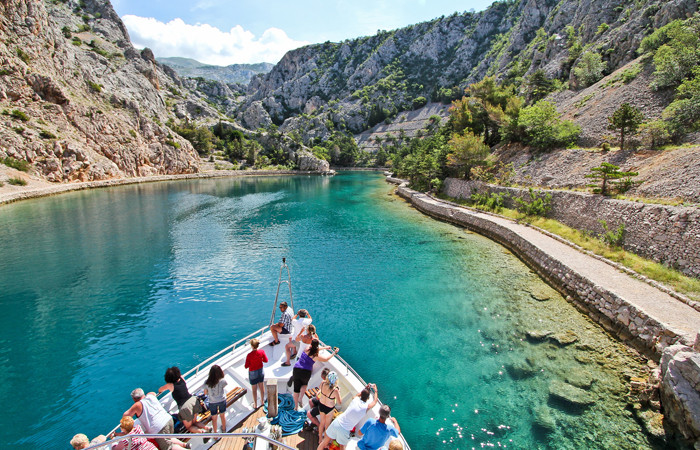 Rab is renowned in the Kvarner region for its diversity. Pine forests, golden beaches, bleached white pebbles, high cliffs, olive groves and rolling cultivated fields – whatever you’re seeking, you’ll find it on Rab. The main settlement on the island is the imaginatively named Rab Town, an old stone hamlet built around four elegant bell towers. Rab draws some big crowds in summer, but come in a shoulder season (like Spring or Autumn) for balmy weather, charming stone backstreets and pebble beaches all to yourself. 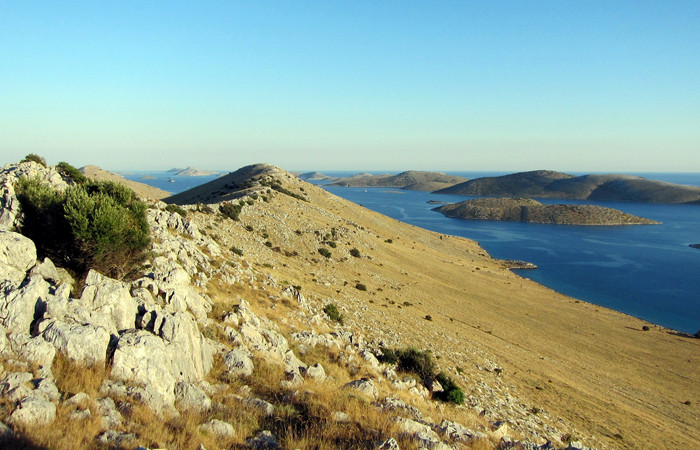 The Kornati Islands are actually a mini-archipelago in their own right, built from about 130 little isles and reefs and rocky outcrops. Visually, they’re some of the most beautiful and striking islands in the region – not lush, but stark. They’re mostly made up of limestone promontories, scattered olive groves and unspoiled beaches leading down into the turquoise sea. There’s been human habitation here since the Neolithic Age, but due to subsequent deforestation the islands are now inhabited. Grab yourself a charter and prepare to feel like the last humans on earth. 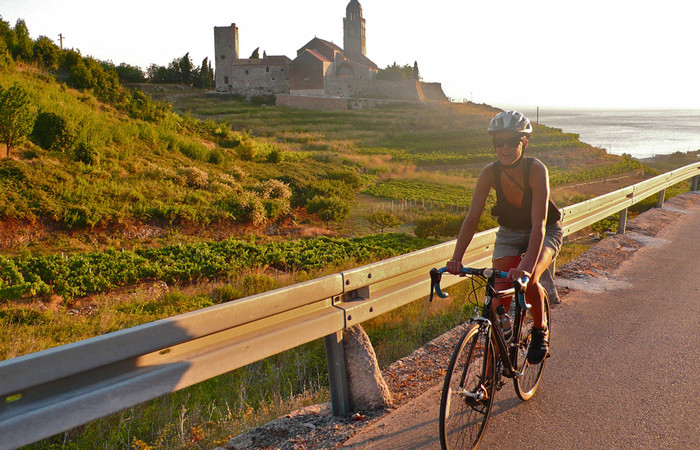 Even to the locals, Vis is a mysterious place. It’s one of the furthest islands from the Croatian mainland, and spent a lot of its recent history serving as a Yugoslav military base. Foreigners couldn’t even visit it until 1989. But this isolation has actually worked in its favour, because Vis escaped a lot of modern development in the latter half of the 20th century (even the locals moved back to the mainland). Now its an unspoiled paradise, full of boutique vineyards (Vis is the home of the famed vugava white wine), crystal clear waters and two gorgeous little towns, Vis Town and Komiza.

Want to see Croatia in style? Have a look at our brand new small ship adventure cruise.