South America is big. It runs from 10 degrees north of the equator all the way to Cape Horn, just across the pond from the Antarctica Peninsula.

There are 12 different countries to explore, including the world’s driest desert, its biggest rainforest, highest waterfall and best BBQ (that one’s a bit subjective, but we’ll count it). How do you know where to start? Do you go from North to South? Start in Patagonia and work your way up the east coast? To stop in Uruguay or not? These are the questions.

To help your planning, we’ve put together a handy guide to get you started in Suda America.

If you want the lot, go to Brazil 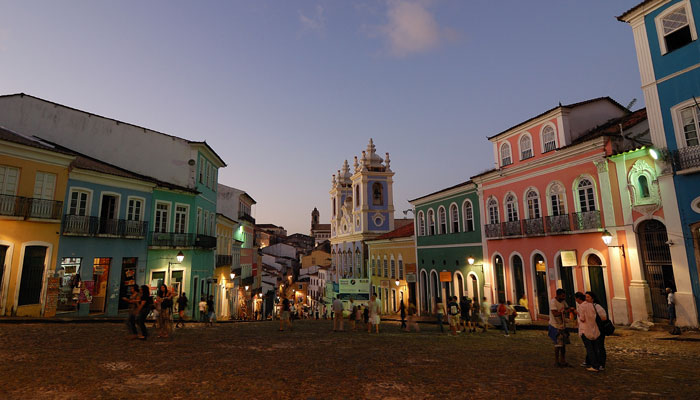 The streets of Salvador, Brazil. Image by Rosino, Flickr

Brazil will most likely make it into your itinerary somewhere, but it’s worth getting a little more specific when it comes to where to go and what to do.

Head to Rio de Janeiro for its incredible surrounding Favela’s, the beaches on Copacabana and Ipanema and its local nightlife in Lapa. Rio has a bit of everything. The city is huge so the plan where you want to go and what you’d like to do. Cristo the Redeemer is a must, it towers over all corners of the City, but you may find Sugar Loaf Mountain to be more spectacular. This viewpoint gives you an incredible outlook on Rio.

To the north you’ll find Salvador da Bahia, the old capital of Portugal’s New World Colony. Salvador has an Afro-Brazilian soul and a well-preserved colonial vibe, which means it’s not unusual to see capoeira dancers doing backflips in 17th century plazas while the scent of acarajé (shrimp fritters) wafts from a nearby café.

If you want to relax, do it in Uruguay 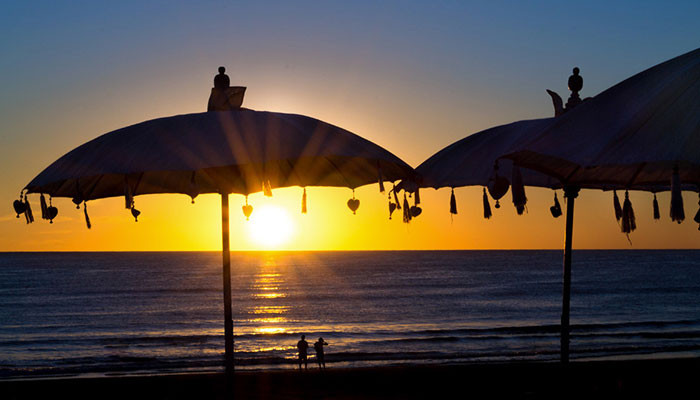 Uruguay isn’t as popular as the other countries for travellers, yet this small country sandwiched between Brazil and Argentina is fairly underrated. What it lacks in big attractions, it makes up for in attitude and great beaches. Uruguay is where you come to relax.

Montevideo is ideal for a couple of days of shopping and street food such as asado (Traditional Latin BBQ styled meat). However, Uruguay’s best places are along the coastline. Punta Del Este is known to be the St Tropez of South America, its luxurious buildings coupled with high fashion shops, expensive food but gorgeous outstretched beaches.

If you like your steaks rare and your wine strong, head to Argentina 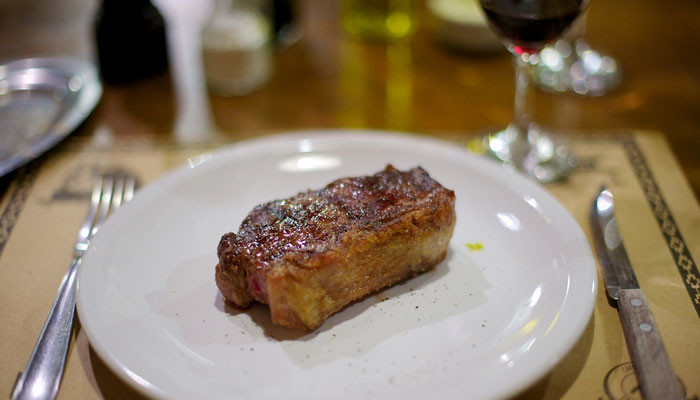 Thankfully, no matter where you travel in Argentina, from the chocolate shops of Bariloche to the wine lands of Mendoza, you’ll probably be passing through Buenos Aires. By far the most cosmopolitan place in South America, its stunning architecture such as Casa Rosada, its famous cafes such as Café Tortoni or its colourful suburb La Boca. Avenida 9 De Julio and Avenida De Corrientes are creative, bustling but charming at the same time, and you can buy anything here from clothes to food and accessories. Argentina is international famed for its great beef steaks and mighty Malbec reds. Head to Don Julio and La Cabrera without breaking the bank and taste some, if not the best, meat you’ve ever encountered.

If you want to try something a bit different, try Ecuador 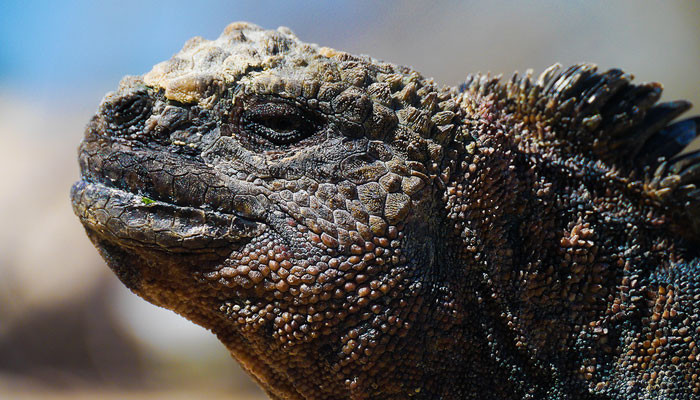 Brazil, Peru, Argentina, Colombia, Bolivia, Chile: all familiar names. Ecuador not so much. But my stay here grew from 1 week to 4 weeks, and was by far the best travel experience I’ve ever had. You can start with the archaeological and natural life wonders, the Galapagos. Although a little pricey due to its reputation, if you love to dive, it’s got some of the world’s best diving spots. Waters filled with Galapagos Sharks, Hammerhead Sharks and Eagle Spotted Rays are easily accessible and crystal clear. If you prefer to be on land, head down to Tortuga Bay in Santa Cruz where Black Marine Iguanas will snarl and spit as you walk by. You’ll feel like David Attenborough in no time.

Surrounded by green mountains high in the Andes, Quito is a good place to start, and it’s got easy access to other highlights like Lake Quilatoa and Mount Pinicinha. Make some time to check out the traditional Ecuadorian Sierra culture too: warm hospitality, shaman healers, bustling markets and a great nightlife scene.

If you want to see South America’s evolution, visit Colombia

Over the last eight to ten years, Columbian tourism has boomed. It’s now a far, far cry from the corruption and cartels of the 80s and 90s, and the country is beginning to make headlines for the right reasons. It is still fairly cheap, has great local food such as tasty and spicy Empanadas. The nightlife is bouncing, but that’s not all. Santa Marta for example is fast becoming a favourite for travellers here. It’s ideally situated, with small towns like Minca within day-trip reach: a little hill settlement surrounded by waterfalls and jungle. And of course if you’re passing through Bogota you’ve got to detour to the Valle del Cocora and the spectacular cloud forests (just Google them). Something you won’t find anywhere else on the continent.

If you want ancient history, go to Peru 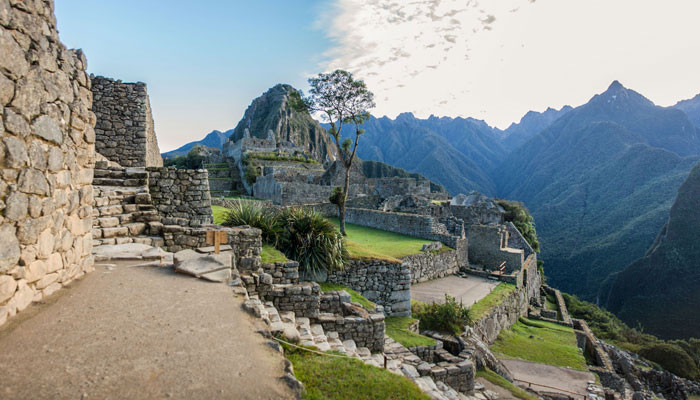 Obviously if you’re flying into Peru you’re probably making a bee-line for the Sun Gate at Machu Picchu. And it is an amazing experience, no doubt.

But did you know there are different ways to do it? There’s the classic Inca Trail (more ruins, but more tourists) the Salkantay Trek (absolutely mind-blowing Andean vistas) or the Quarry Trek (lots of little local communities). And no matter which trail you choose, you’re rewarded with one of the most famous sunrises in the world.

Peru offers other things too, like as sand boarding in Huacachina, the mysterious Nasca Lines (visible from space) and a dash of local Quechua culture in Cusco. Not to mention taking the hike Laguna 69, where you can walk past Paramount’s famous snow topped mountain.

Bags all packed? You can learn all about Peregrine’s South American small group tours here.

Tommy is from North East of England and has currently been away backpacking, traveling and working in other countries for since 2012. For over 3 years he has explored South East Asia and South America in between working in Australia. Tommy has been to off the beaten track places such as Myanmar, India, Venezuela and Guyana. His favourite places are Thailand, Philippines, Fiji and Ecuador. He has been travel writing for a similar amount of time and regularly writes for his own blog and other travel publications.