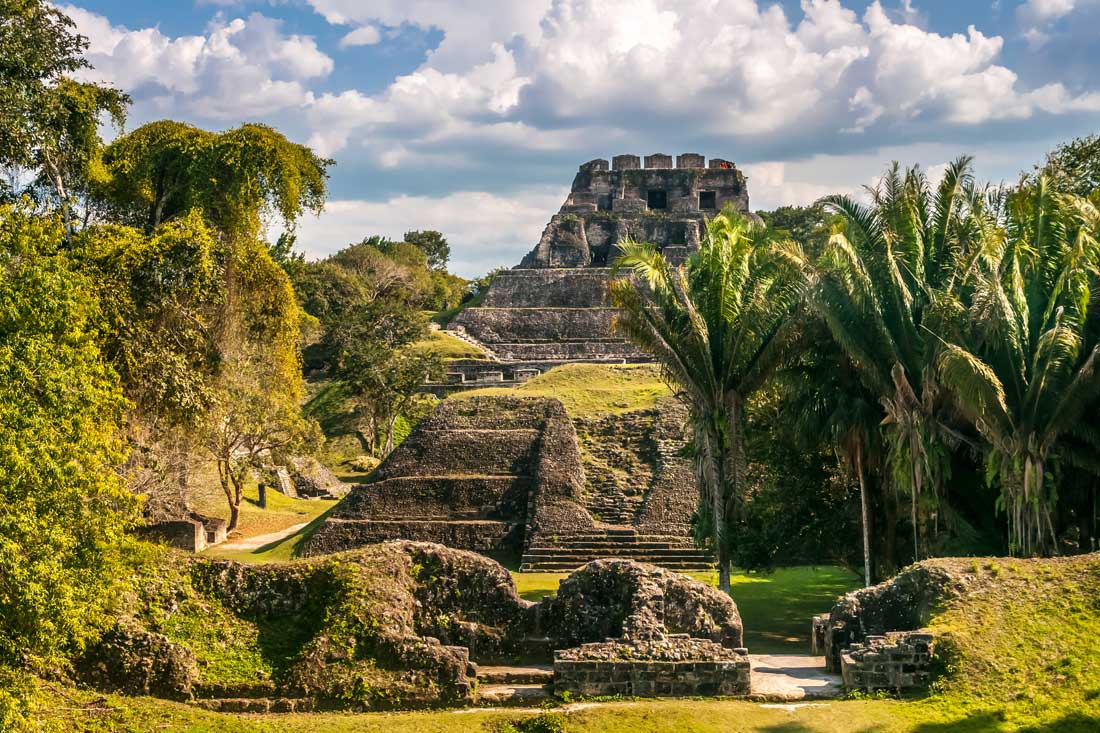 It’s fair to say, tourism in Central America is having a moment. What’s always been a convenient destination for North American travellers is now gaining international attention, driven mostly by well-preserved Mayan ruins, fantastic natural diversity and, of course, sugar white beaches so idyllic that postcards don’t do them justice.

But while there are certainly plenty of high-end ocean resorts on the Yucatan Peninsula, Caye Caulker or Playa Grande, defining Central America by its beaches is a bit like defining a cake by its icing. Sure, the Pacific sands of Belize, Costa Rica and Mexico are gorgeous, but there’s a whole lot more going on inland: vine-covered temples, misty cloud forests, African rhythms, old colonial trading towns, and some of the friendliest locals you’ll find anywhere.

Here are some of our favourite inland highlights in Central America. 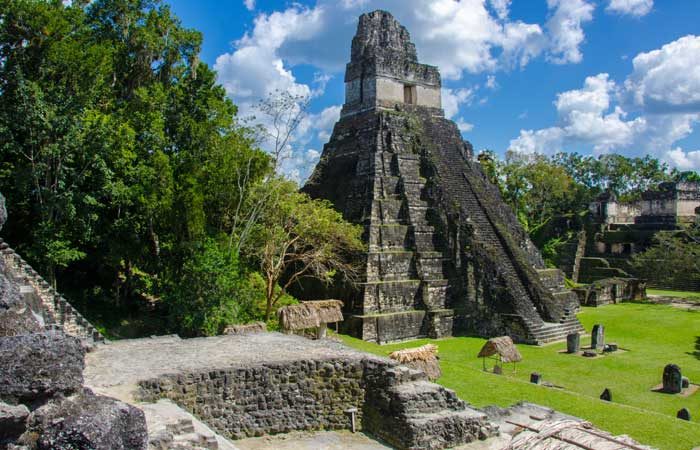 The Mayans probably didn’t have Guatemalan tourism in mind when they built their stepped pyramids, but a thousand years later they’re paying major dividends. Smaller sites like Zaculeu, Quirigua and Yaxha are well worth a look, but really, when it comes to sheer size, you can’t beat Tikal. The central temple rises more than 44m, and unlike other ruins, the surrounding jungle becomes part of the experience. Walking between the buildings, you’ll pass beneath the canopy, walk across sun-dappled grass and smell the leaf mould from the forest floor. Oscellated turkeys scratch and forage in the undergrowth and the bass note of howler monkeys echo in the trees. Tikal was the capital of the Classical Mayan era, and these days it’s pretty easy to get to, either from Guatemala or neighbouring Belize. Try to visit early in the morning, or late afternoon – you’ll get fewer crowds. 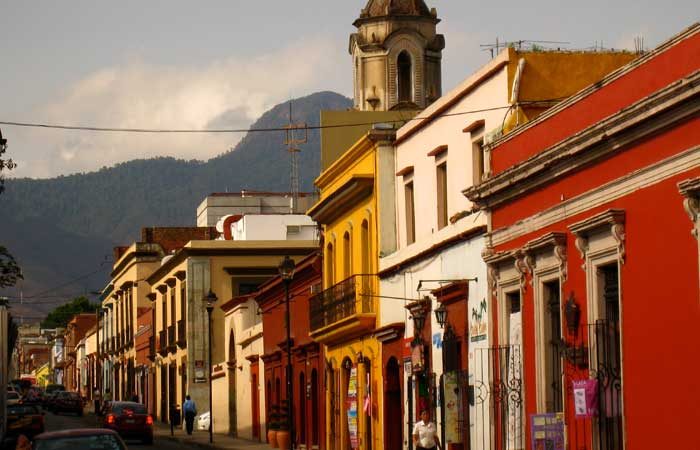 Mexico City may be the country’s capital, but Oaxaca is the place we’d choose to settle down, grow a moustache and open a small taqueria. It’s a charming and dynamic colonial city, full of baroque architecture, cutting edge cuisine, artists, poets, students and dreamers. The Zócalo (Oaxaca’s central square) is a good place to start – there’s usually a firework fiesta or a boutique market unfolding there every day of the week. For restaurants, there’s slow food phenomenon La Biznaga, Mezcal tasting plates at Mezcaloteca or a cornucopia of corn-based street food (antojitos). Keep an eye out for local textile producers like Teotitlán del Valle; Oaxaca is known for its handicrafts and local artisans. You’ll pick up a few bargains at market stalls, but try to pay a visit to the family-run Galeria Fe y Lola too, they specialise in hand-woven woollen rugs. Souvenirs, done. 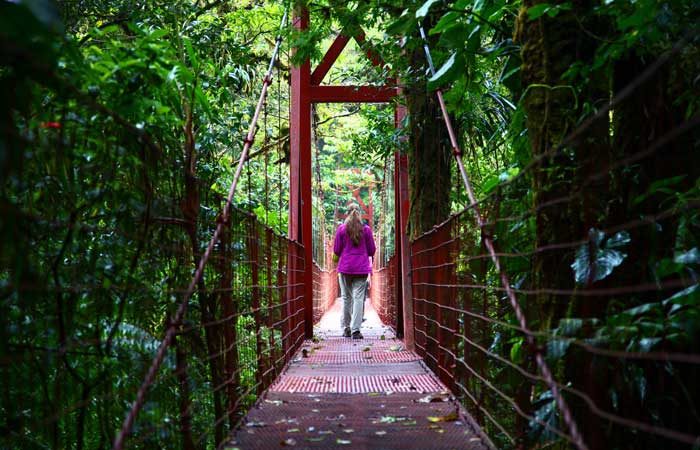 Biodiverse epiphytes may not sound particularly sexy, but you don’t need to be a botany major to enjoy the misty wilds of Costa Rica’s Cloud Forest Reserve. It’s basically the Amazon of Central America: a protected ecosystem that’s home to a staggering array of wildlife, including 2,500 plant species (half of which seem to be orchids), 400 different birds, 100 mammal species, golden toads, piratic flycatchers, swallow-tailed kites and 58 different kinds of bat. It’s also the region’s eco-capital. Resorts are sustainable, green energy is commonplace, and organic farming has taken root. Most travellers spend their days walking beneath the canopy, bird spotting with resident naturalists or learning more about the park’s delicate ecosystem. The challenge for Monteverde moving forward will be balancing tourism’s commercial success with the need to preserve one of the world’s most important natural wonders. 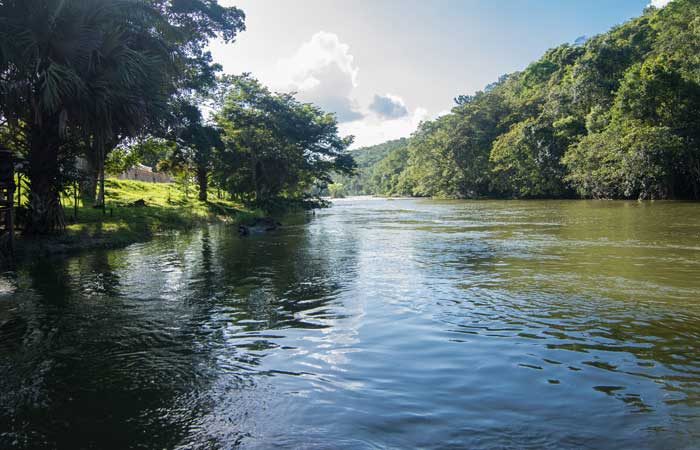 It’s hard not to fall in love with San Ignacio (a fact proved every day by the growing army of quirky expats who call it home). Sitting on the west bank of the Macal River, San Ignacio is the thumping heart of the Cayo district, a place where mestizos residents and travellers from all over Central America come to mingle, shop, eat and adventure. There’s a thriving market and plenty of quality accommodation, and the town (along with its twin on the east bank, Santa Elena) makes a great jumping off point for day tours, cave visits, and trekking to the nearby Cahal Pek ruins. But unlike San Pedro, which can feel a little touristy in places, San Ignacio has managed to keep its rustic charm. You’ll find most of the good spots on Burns Avenue, and the central market is only a block or two to the east. Keep an eye out for the Saturday farmers market downtown too. 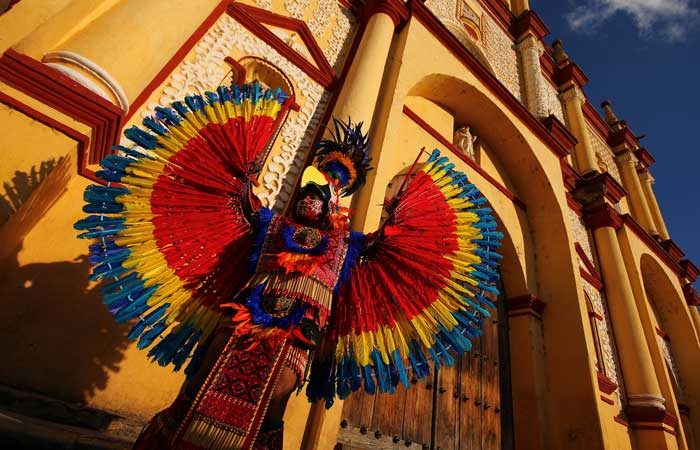 If you’re searching for that perfect slice of rural Mexican life – we’ve found it. San Cristobal’s reputation has been steadily growing for decades, and it’s become one of the key stops on the road from Mexico City to Antigua. The first thing you notice about San Cristobal is the setting: it’s perched in a stunning highland valley surrounded by pine forests and indigenous Tzotzil Villages. The second thing you’ll notice is the architecture: the town has kept the best bits from its Spanish colonial roots, the wrought iron balconies, trailing flowers, cobbled streets and red-tiled roofs. But really it’s the lifestyle that makes San Cristobal such a great launching pad for exploring Mexico’s Chiapas region. There’s an arty, bohemian feel to the culture here. The streets come alive at night with cafes, restaurants, bars and clubs. You can walk almost everywhere, or there are bike rentals in the centre of town. It’s a town for savouring, not rushing through.