Traveller stories: An ode to Turkey 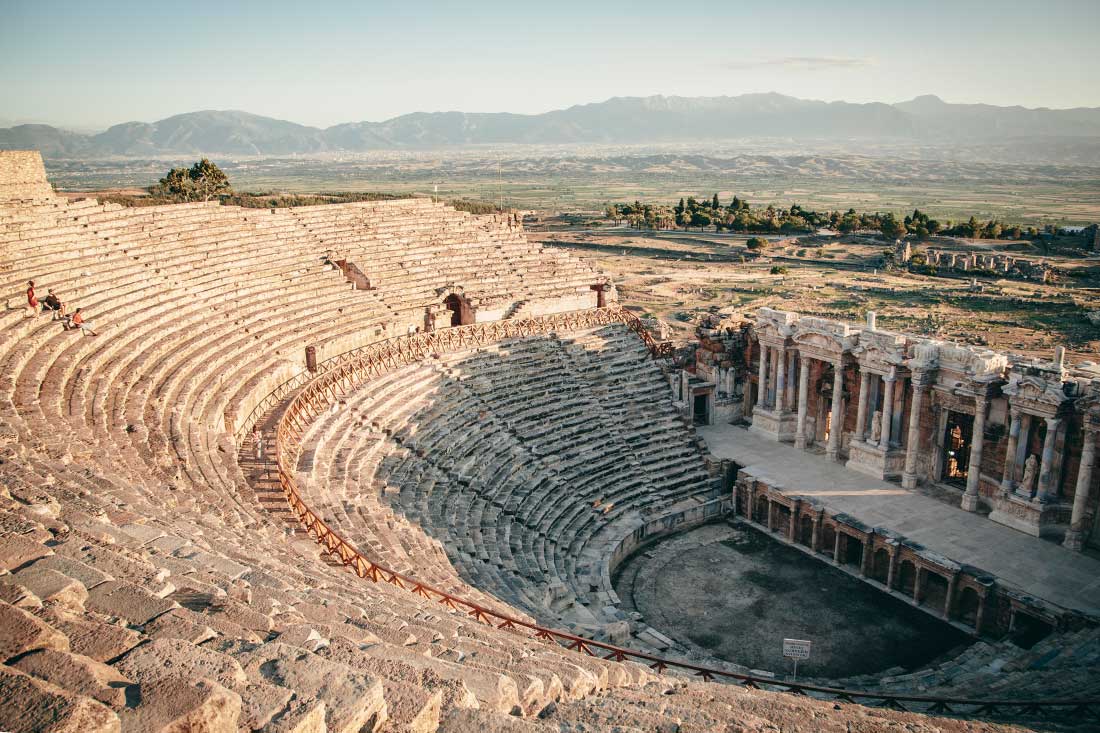 It took us a long time to get to Turkey. Back at the beginning of the millennium, Istanbul and Turkey were high on our must-see list of destinations.

We’d picked up a guide book and everything. But then we decided to start a new business and signed a lease on office space on September 10, 2001. Yup, the day before 9-11. That’s another story, but in the meantime, we weren’t doing a lot of travel. Slow forward. A decade later, we were on the loose again, and Turkey kept calling to us. It’s at the crossroads of the world and we love intersections. It’s packed with ancient history. It sounds exotic, but is relatively safe to travel. And a bonus: it’s a nice escape from the European Union when your 90 days in Schengen countries are tapped out. We arrived in Istanbul for the first time in November of 2011. 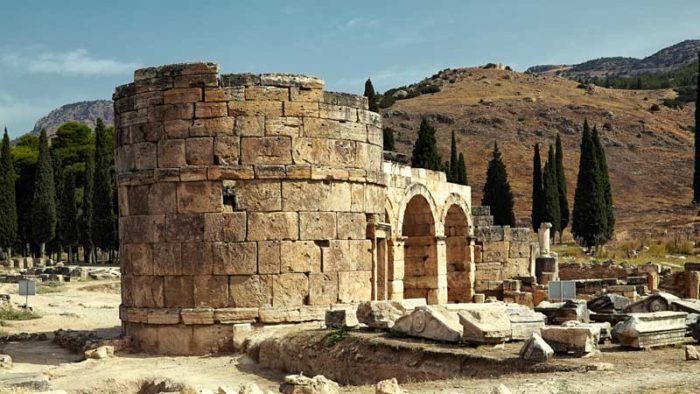 For travellers like us, curious about how the world fits together, there is hardly a more exciting place to stand. On the East-West axis, one branch of the Silk Road passed through northern Turkey, leaving medieval settlements along the route. On the North-South axis, the Bosphorus Strait beside Istanbul connects the Black Sea to the north with the Aegean and Mediterranean Seas to the south. Cultural exchanges are as old as these trade routes. It’s one of the rare places on earth where you can take in vestiges of both Greco-Roman and Ottoman powers, Christian and Muslim religions, and well-preserved Byzantine art and architecture. Then, when you’ve had your fill of historic sites, there’s scenic coastline and the fairytale chimney mountains to explore.

As is our habit – some may say ‘curse’ – we arrived in Turkey with no plans other than a hotel booked for our first few nights. What we ended up doing was based entirely on the friendliness of the locals and our open datebook. Turks impressed on us from the very first taxi ride that they are a secular people. The prevailing attitude is pride at their multi-cultural country, wariness of political mandates, and appreciation and cultivation of tourism.

Spontaneity prevailed. From our hotel we found a tour company that helped us book domestic flights. While walking around Istanbul, we discovered the old cisterns, which we might have missed. (Yeah, we weren’t really guidebook people.) We happened on one of the most wonderful guides we’ve ever had at Gallipoli. And via one introduction to another, we ended up as guests at a family birthday party one evening in Istanbul, taking over the second floor of a local restaurant!

It was a whole new unexpected world. Here are the highlights, from our perspective. 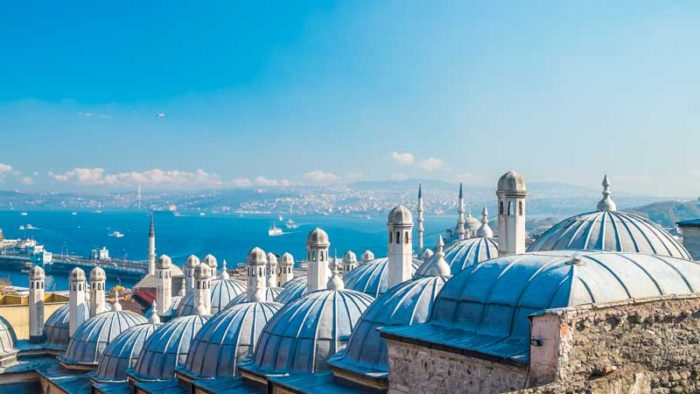 We love that Turkey crosses over two continents.  Our first ever visit to Asia was simply a crossing from Istanbul to lunch across the waterway, with a little tour up the Bosphorus for good measure. Besides ferrying across, we took several walks along the strait to watch the carefully orchestrated freight ships (a show in itself). Three bridges also connect Europe with Asia at Istanbul, so engineering fans will want to check out the latest, just opened in August 2016. 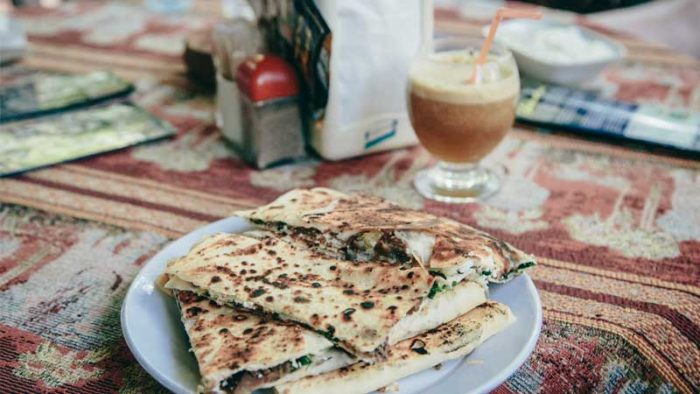 Yes, you will want to spend time visiting the major sites of this city: the beautiful Blue Mosque, the old Hagia Sophia mosque, and the Topkapi Palace where you can imagine the lives of the sultans. Even the underground cisterns are stunning. And of course if you’re visiting Istanbul you have to check out the Grand Bazaar and spice markets. We allowed enough time to make a couple of purchases – a rug and some small art. No regrets! That was after a visit to the Museum of Turkish and Islamic Arts, where we got to see the best of the best. I’d recommend taking time to visit the modern side of Istanbul around Taksim Square, too. The food is great, and it’s uplifting to mingle in the nearby streets with Istanbul’s young, international crowd. 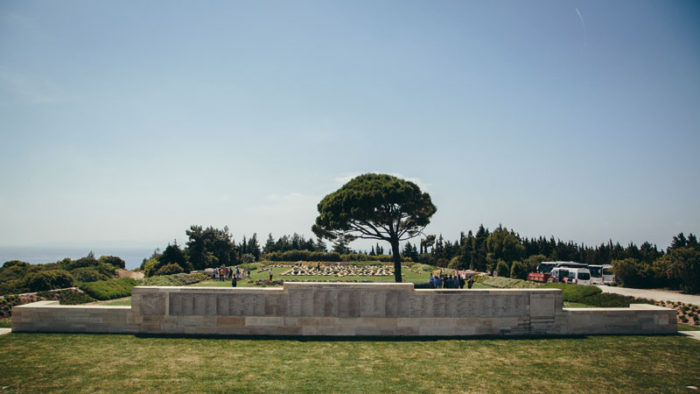 The Gallipoli Peninsula is west of Istanbul on the northern shore of the Dardanelles Strait. This was the site of the famous World War One battle which developed when the allied forces of Russia, Australia, Canada, New Zealand, Britain and France attempted to take Gallipoli. The purpose, of course, was to secure access to Istanbul (then Constantinople) and the main shipping routes. Our tour here was so good we felt we knew the personalities of the men involved. At ground level, we could still see the fox holes, walk the hills, and feel the bitter cold winds. It’s a sad story. Yes, we watched the movie, Gallipoli, again. But there’s nothing like seeing a battlefield to be reminded of the individual suffering that results when world powers clash. Large monuments and annual events draw big crowds here in honour of the allied Australian and New Zealand (ANZAC) forces. 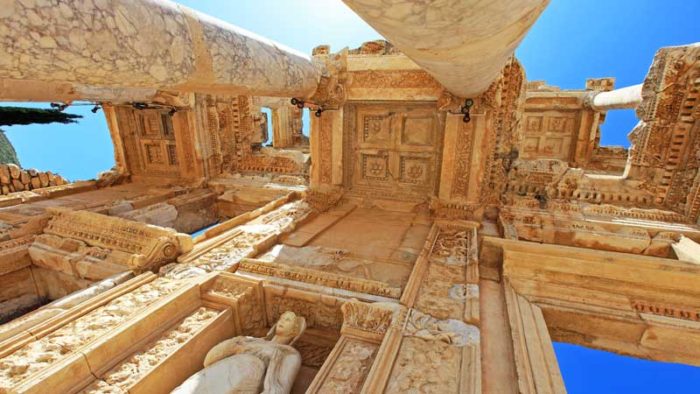 Going even further back in history, Ephesus and Troy appeal to the imagination on a more abstract scale, mixing literary references with archaeological ruins. The port city of Ephesus spanned Greek, Roman and early Christian periods. What can be seen today (through crowds of tourists) are the remnants of the Roman city overlooking the sea. Mosaic floors and detailed carvings give a human scale to the immense site, now a great distance from the retreating sea. At Troy, on the opposite banks of the Dardanelles from Gallipoli, the famous digs began in the 1870s and have uncovered artefacts from thousands of years of civilisation. This site isn’t nearly as crowded as Ephesus, so you can channel the epic story of Homer’s Illiad while wandering about. 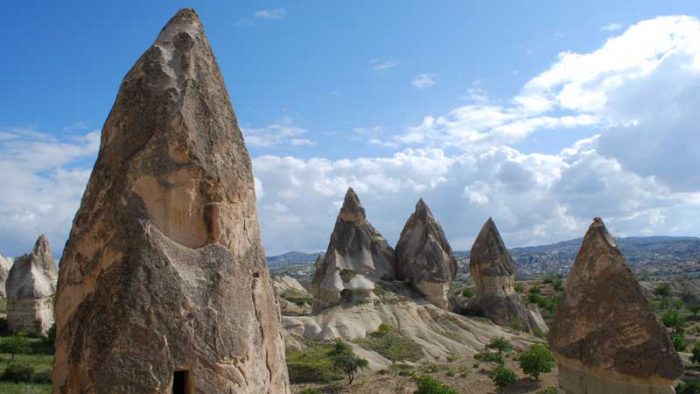 The real heart of Turkey can be discovered at its centre, in this strange landscape of Cappadocia. The weird rock formations, carved by erosion, protect ancient cave dwellings and hidden churches. We loved climbing up ladders to discover the Byzantine art and personal drawings inside the cave rooms. And we loved being out in the open country, so we stayed in a cave hotel and spent the next day just hiking through the highlands, taking pictures. A lot of people take hot air balloon rides around here, but we like our scenery grounded.

The archeological site of Ani was just added to Turkey’s list of UNESCO World Heritage Sites earlier this year (giving the country sixteen World Heritage sites all up.) Ani was a large medieval city in northeast Turkey along the Silk Road near the border with Armenia, and the pictures look incredible. It’s on our list.

It’s highly likely, if serendipity means anything, that we’ll visit the southern coast of Turkey someday soon. Signs are pointing in that direction: we’ve communicated a couple times with a homeowner there looking for a house sitter; and we’ve met some passionate Turks in our recent travels. One described in delicious detail the great hiking along the coast. Count us ready to go…

Want to see Turkey for yourself? Join our experienced local guides on a small group adventure.

Written by Kristin Henning. You can follow more of her adventures at TravelPast50.

Kristin Henning and her husband Tom Bartel are the former publishers of City Pages, Minnesota Parent Magazine and The Rake Magazine, all in Minneapolis/St.Paul. Since 2010, she and Tom have been on the road, traveling across five continents and blogging about their traveling life at Travel Past 50. Follow them on Facebook, Twitter, Instagram or Pinterest at @travelpast50.