7 foods you MUST try on your Iceland adventure

Iceland is famous for its dancing Northern Lights, incredible waterfalls, flight-disrupting volcanoes and abundance of puffins. A happening food scene? Not so much.

While parts of the country are starting to see a rise in fine-dining establishments – particularly in the capital Reykjavik – food options in Iceland are still on the more traditional side. Which is not to say you’ll go hungry; far from it. Meals in Iceland are just a little different to what you might be used to.

Here are seven incredible foods you should definitely seek out on your Iceland adventures:

Low-fat, high-protein skyr is Iceland’s answer to yoghurt – even though it’s technically a cheese – and you’ll see it EVERYWHERE on your travels. Skyr was introduced to Iceland by the Vikings in the 9th century, and has been a staple in kitchens ever since (it’s quite a bit more palatable now than it was back then too). Made with skimmed cow’s milk, it has the same slightly sour taste and thick texture as Greek yoghurt, and can be eaten on its own, or mixed through granola and fruit for a morning energy boost. 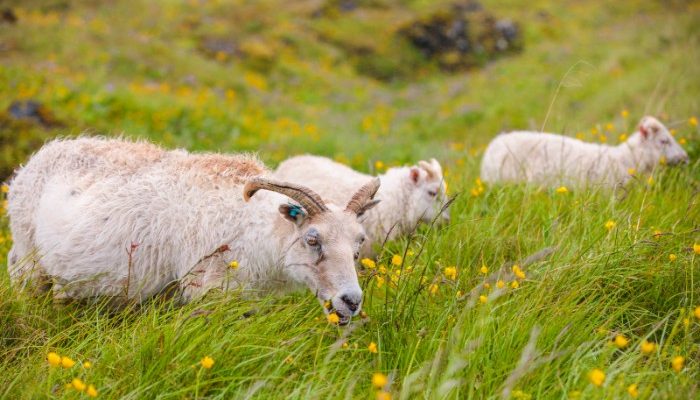 Grazing sheep are a common sight in Iceland! Photo by Damien Raggatt.

There’s lamb, and then there’s Icelandic lamb. What makes it so delicious in Iceland? For the duration of the lamb’s life, it’s allowed to roam free, munching on grass, herbs and berries, and drinking from freshwater springs. Sure, you’ll see plenty of sheep in paddocks while you’re in Iceland, but you’ll see even more grazing by the side of the road and along country paths. Lamb is a staple in the Icelandic diet, and is enjoyed in stews, soups and smoked. 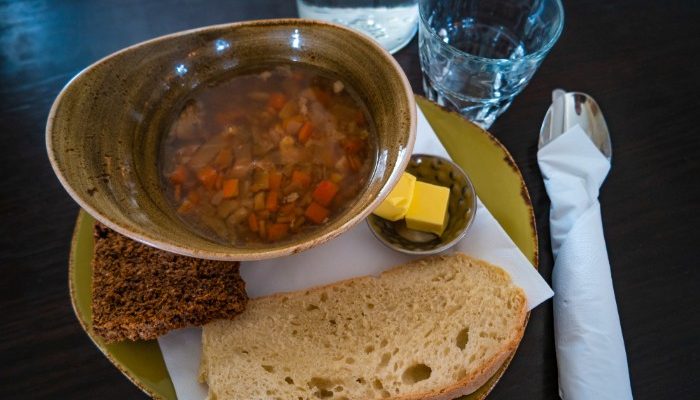 Not wanting to waste a scrap of meat, the whole sheep is used across a range of dishes too. Case in point: Svið, a traditional dish using a whole sheep’s head, which is singed, boiled, and cured. Not many locals indulge in it anymore, but you can still find it on the menu in some restaurants, if you’re game. Sour rams testicles is another example of the ‘waste not, want not’ way of living, but let’s avoid going into detail on that one.

Translating to ‘hung meat’, hangikjöt takes its name from the way it’s prepared: the meat – usually Icelandic lamb – is rolled tightly, tied up with string and hung over a hot fire, usually in a smoking shed, until it has cooked through. Hangikjöt is then thinly sliced and served on flat bread. 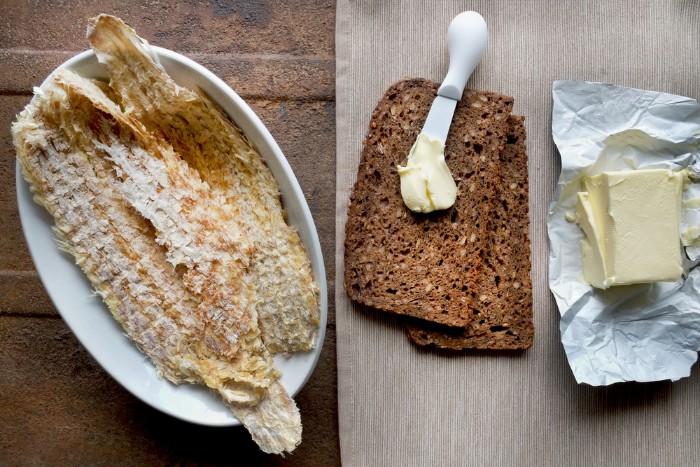 Dried fish is much more appealing than it sounds. Photo by Ursula Ferrara.

Also known as dried fish, and actually, delicious. The fish – usually cod or haddock – is wind dried on wooden posts or in small sheds along the waterfront. 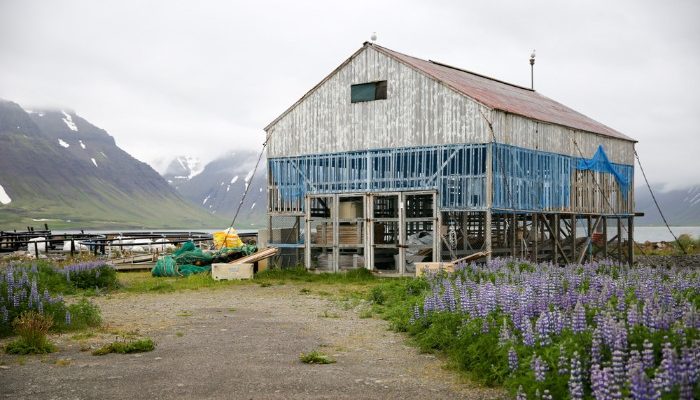 A traditional structure, used for drying fish. Photo by TheWashingLine.

The best way to eat it is smothered with loads of butter, perhaps with a bottle of Einstock Icelandic pale ale.

RELATED: 8 ESSENTIAL THINGS TO DO IN ICELAND, ACCORDING TO A LOCAL 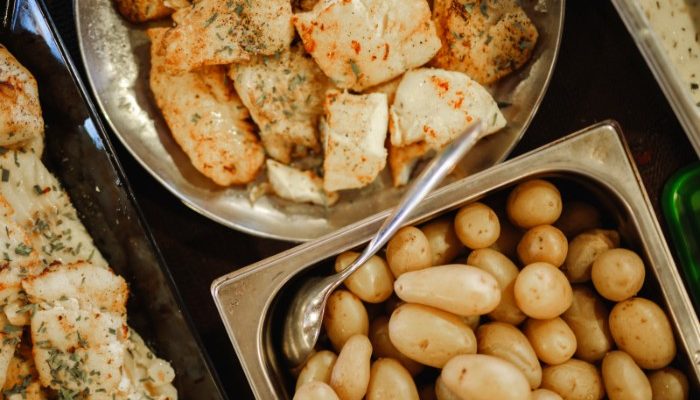 Fish and potatoes, ready to go into the stew. Photo by Damien Raggatt.

I couldn’t get enough of this traditional fish stew when I was in Iceland. Made with chunks of white fish, potatoes, stock, milk, a LOT of butter, and served alongside rye bread, this warming dish is comfort food at its best.

A cooking demo from a local cook. Photo by Damien Raggatt.

Look out for Plokkfiskur on restaurant menus and prepare for ultimate food satisfaction. (Fiskisupa, AKA fish soup, is equally delicious – make sure you try that too.)

A popular dish around Christmas, laufabrauð (leaf bread, or snowflake bread) is a thin, round cake – a bit like a crepe – that is decorated with small geometric patterns and deep-fried in very hot oil. You can buy the lightly sweetened crispbread from bakeries and supermarkets, but many families decorate the pastry together as part of their Christmas preparations.

You MUST have a hot dog in Iceland! Photo by Damien Raggatt.

You can’t visit Iceland without picking up a hot dog with the lot – fried and raw onions, ketchup, remoulade and mustard, served in a fluffy white bun – from one of the many hot dog stands dotting the country (no really, they’re everywhere). One of the more popular stands is Bæjarins Beztu, near Reykjavik’s harbour – just look for the queues of hungry locals. Pylsur is best enjoyed after a few local brews at one of the city’s great craft beer spots.

While dishes like whale, shark, and puffin were once very popular among locals (fermented shark is Iceland’s national dish) and are still available on some restaurant menus, our leaders discourage travellers from ordering them, as it encourages cruel practices and promotes the consumption of endangered species.

Feature image by vvoe via Shutterstock.