Who were the Incas? Our Peru culture guide

In the city of Cuzco stands the archaeological site of Qorikancha, a religious complex and celestial observatory built by the Incas during the 15th-century reign of Tupac Yupanqui. At the time, Qorikancha – dedicated to the sun god Inti – was the richest and most important temple in the Inca world. Its thick stone walls, which were lined with solid gold, enclosed a treasure chest of jewels, statues and the mummified bodies of kings.

When the Spanish came in the 16th century, they melted down the gold and built a church atop the Inca foundations. Over the years, the Church of Santo Domingo has been savaged by earthquakes, but the Inca stone walls remain solid. The empire may be long gone, but its presence endures – both in a literal sense and in the collective consciousness of Peru – perhaps more than any other cultural group in Peruvian history.

Many people continue to uphold Inca traditions throughout Peru, Bolivia and Ecuador today.

Who were the Incas?

The Incas were an ancient pastoral people originating in the highlands of Peru. Historians believe the Inca Empire – which grew to be the largest in pre-Colombian American history – gathered power sometime in the 13th century. Following a spike in temperature in the valleys surrounding Cuzco, Inca agriculture boomed, allowing for a greater focus on the building of roads and armies. Flexing their military clout, the Incas spread through Peru and eventually into parts of modern Bolivia, Ecuador, Argentina, Chile and Colombia, conquering villages and striking deals with kings until there was just one mighty seat of power: Cuzco.

Andean civilization flourished under Inca control. Building terraces further and further into the mountains, the Incas mastered high-altitude farming techniques and were able to grow up to 70 different crops. They used highly organized inventory systems and often had up to seven years’ worth of food in storage. Rather than calligraphy, the Incas used quipus – colourful, ornately knotted strings – to record information. Although they spoke hundreds of dialects, the official language of the empire was Quechua, still spoken by millions of South Americans today. 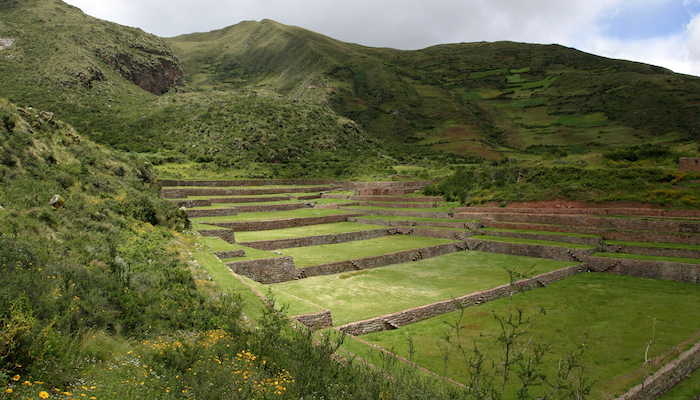 Entrenched in notions of ceremony, nature and the magical properties of certain sites and objects – known as huacas – many forms of worship existed under the empire, but the reigning deity was Inti. Represented with a human-like face, he was the giver of warmth and crops, and was revered by farmers everywhere. The Sapa Inca, or ruling king, was considered a son of the god.

The Incas – like the Maya and the Aztecs – famously made ritual sacrifices, often of the human variety. Food, coca leaves, chicha (fermented corn beer), llamas and cuy (guinea pigs) were offered to the gods to commemorate anything from a new birth to the daily rising of the sun. On the first day of every lunar month, 100 pure white llamas were sacrificed, their flesh thrown onto fires and their bones ground into powder.

In the face of defeat, famine, epidemic or when a ruler died or assumed power, hundreds (sometimes thousands) of people – servants, court officials, concubines and children – would be sacrificed. Children were fed a hearty feast beforehand so they didn’t arrive to the gods crying and hungry.

Even today (perhaps especially today), the ingenuity of Inca architecture astounds. Drawing on natural forms and materials, the Incas were master stonemasons, building sturdy walls of interlocking stones without the need for mortar. When the Spanish invaded South America, they destroyed several Inca cities, but the ruins of many still remain. 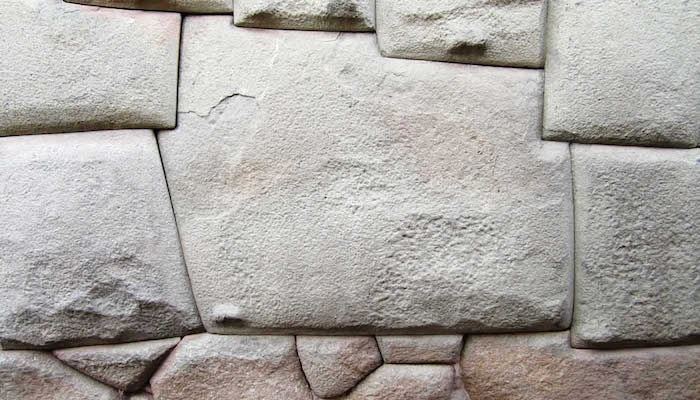 It takes a lot to clear the modern mind, but the breathtaking views of Machu Picchu ought to do the trick. Mossy stone ramparts, often cloaked in a soupy mist, are set like teeth into the mountains. This Wonder of the World is the king of all Inca sites, and Peru’s biggest tourist draw-card.

Machu Picchu was built in around 1440 AD as a country retreat for Emperor Pachacuti, although there’s evidence the land had been a sacred site for a lot longer. Abandoned by the Incas at the time of the Spanish Conquest, it remained unknown to anyone outside the local area (including the Spanish) until it was brought to international attention in 1911 by an American historian. As you stroll around the ruins – passing temples, palaces, living quarters and grazing llamas – it’s hard not to wonder how the Incas got these heavy stone slabs so high into the mountains (almost 8,000 feet – or over 2,400 meters – above sea level).

Many travellers choose to trek the spectacular Inca or Quarry Trail to reach the site, but you can also catch a train to Aguas Calientes and bus up to the ruins. 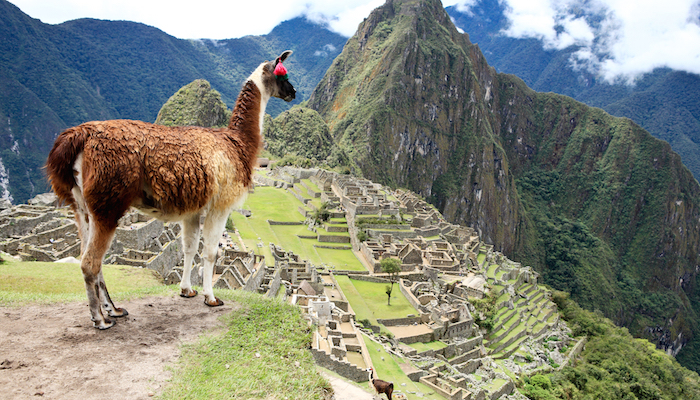 Cuzco was the administrative and religious capital of the Inca Empire. Many historians believe the city was built in the shape of a puma, an animal sacred to the Incas. Girls were brought from all over the empire to serve as ‘chosen women’ – brewing chicha for religious ceremonies, weaving cloths of noblemen and attending to gods in temples. Young men were brought to the capital to be educated in Inca culture, so they could take word back to their villages.

Today, Cuzco is a living museum; wandering around its cobbled streets, you’ll commonly happen upon an Inca stone wall or glimpse ruins on a distant mountain. The best way to explore is with a Boleto Turistico, which covers entry to 16 archaeological sites and museums, including Qorikancha, Q’engo, Puka Pukara and Sacsaywaman, a UNESCO-listed hilltop citadel dating back to 900 AD.

Ollantaytambo and the Sacred Valley

About an hour out of Cuzco is the Sacred Valley. Fed by the Urubamba River, this fertile valley has long been the main source of agriculture and food in the High Andes. Terraces, aqueducts and temples are scattered throughout the valley, but the most impressive ruins are at the town of Ollantaytambo.

While many travellers visit en route to the Inca Trail, the Ollantaytambo ruins are well worth a visit in their own right. Built with stone quarried from nearby mountains during the reign of Emperor Pachacuti, the ancient city served as both a fortress and a temple and was the last Inca stronghold against the Spanish Conquistadors.

Intrigued by the Incas? Visit Machu Picchu, Cuzco and the Sacred Valley on our Limited Edition Inti Raymi & Archaeology small-group adventure in Peru.