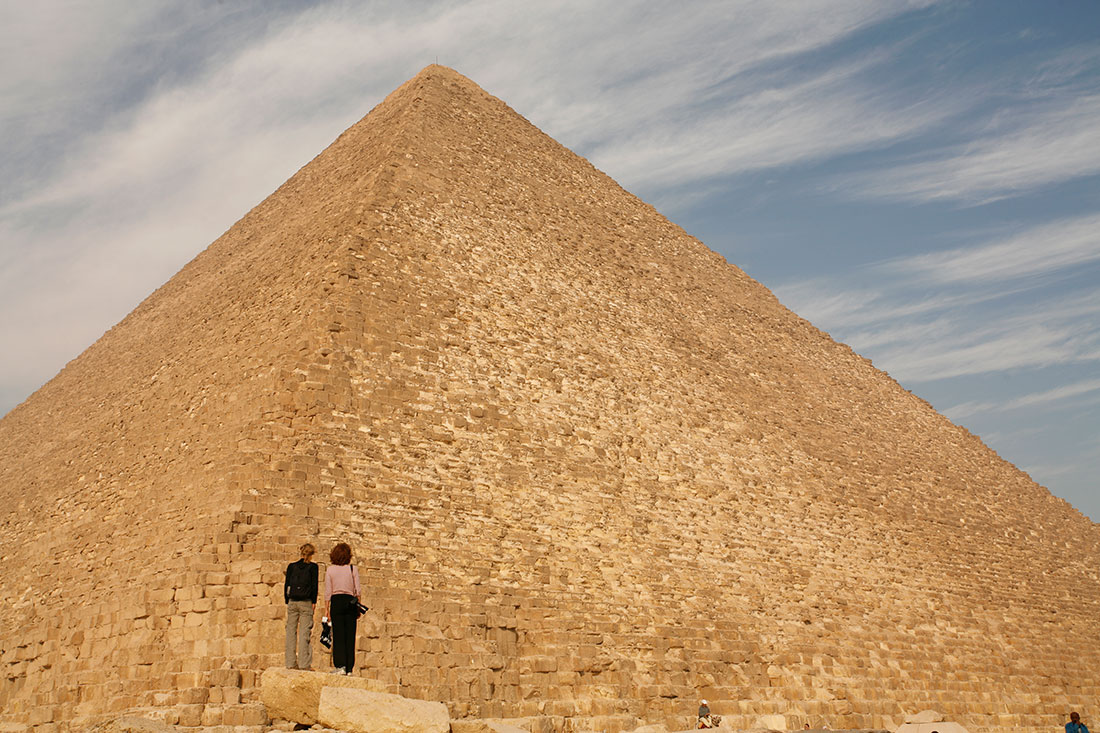 Few countries in the world match the archaeological richness of Egypt. Iconic sites such as the Valley of the Kings rub shoulders with a seductive assortment of temples, mummies, and other ancient treasures. Egypt’s capital, Cairo, is unique in playing host to the only one of the seven wonders of the ancient world that is still intact, the 4,500-year-old Great Pyramid of Giza.

But the truly amazing thing is that new wonders are being found all the time, sometimes in existing tourist destinations, and sometimes in the most unlikely locations such as a slum in Cairo. Here are just some of the exciting ancient Egyptian discoveries from the past few months.

In March 2017, in the northern Cairo area of El Matareya, an Egyptian-German archaeological team unearthed two fragments of a gigantic statue while clearing wasteland between apartment blocks. The statue is thought to be a sculpture of King Psammetich I, who ruled Egypt from 664 to 610 BC. When it was intact, it would have weighed seven tonnes and measured nine metres high.

El Matareya is built on ancient Heliopolis, the centre of worship of the Egyptian sun god, Ra. Not far from here stood one of the biggest temples in ancient Egypt: twice the size of the Karnak Temple Complex in Luxor. Visitors can see the newly uncovered statue in the garden of the Egyptian Museum in central Cairo.

Archaeologists have long suspected that ancient Egyptians planted gardens at the entrance to their tombs, because of illustrations found on tomb walls. The discovery earlier this month of a garden on the Dra Abu el-Naga hill in Luxor has finally confirmed this.

Dr Jose Manuel Galán of the Spanish National Research Council said of the 3×2 metre garden: “This is the first time that a physical garden has ever been found… Thorough analysis of the garden will provide valuable information about both the botany and the environmental conditions of ancient Thebes, of Luxor 4,000 years ago.”

About 4,600 years ago, King Sneferu of the 4th Dynasty built ancient Egypt’s first true smooth-sided pyramid, the 104 metre-high Red Pyramid. It was his second attempt after the well-known and embarrassing failure of the ‘bent’ pyramid, whose slope changes from a 54-degree angle at the base to 43 degrees about halfway up. Sneferu was succeeded by his son Khufu, who went on to build the Great Pyramid at Giza.

11 things you didn’t know about Egypt >

Just south of this in the royal cemetery of Dahshur, archaeologists recently unearthed the remains of a new pyramid to add to the list. The pyramid is dated to the Middle Kingdom, some 3,700 years ago, and is believed to belong to King Ameni Ka Mauw, one of the kings of the 13th Dynasty. Experts are still translating the 10 lines of hieroglyphic text found on an alabaster block. 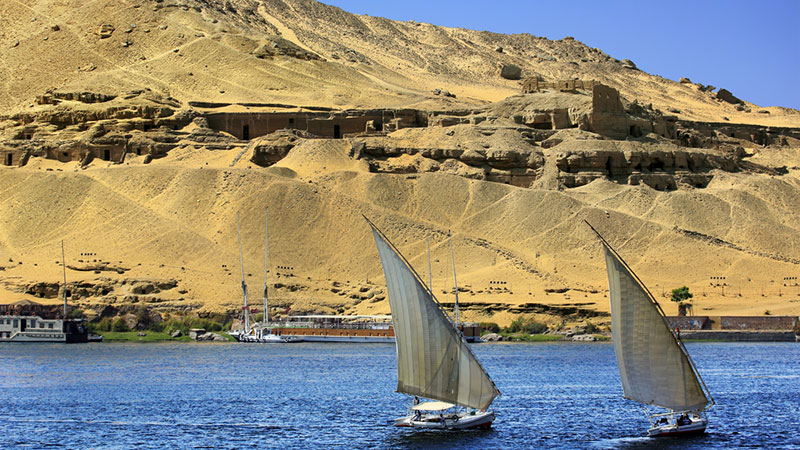 Tombs of the Nobles at Aswan, Egypt

Qubbet el-Hawa is a well-known archaeological site near Aswan, where the tombs of 14 members of the ruling class of the river island of Elephantine have been found. In March 2017, the Spanish Archaeological Mission uncovered a new tomb. It is thought that the brother of one of the most important governors of the 12th Dynasty, Sarenput II, was buried here.

Importantly, this tomb is intact and contains a range of funerary goods, including pottery, two cedar coffins (outer and inner) and a set of wooden models, which are meant to represent boats and scenes of daily life. The tomb’s mummy, covered with polychrome cartonnage, collars, and a mask, is also well preserved.

5. Eight mummies in a tomb, Luxor

In April it was revealed that eight mummies had been found along with more than 1,000 statues and 10 coffins in an ancient noble’s tomb near the Valley of the Kings by the River Nile in Luxor. The coffins were intricately decorated in red, blue, black, green, and yellow. Another room is yet to be excavated…

It’s no wonder that Cairo’s Egyptian Museum is running out of space. According to the museum director, 160,000 of the best exhibits — including mummies, royal furniture and statues of the builders of the pyramids — are on display, but another 100,000 remain in storage, while others are still housed at original excavation sites and are at risk of looting.

Construction of a bigger, 480,000 square metre building, the Grand Egyptian Museum, is underway and is due to partially open in May 2018. Aside from thousands of new exhibits and displays, visitors will be able to view the iconic Great Pyramid of Giza through a glass wall gallery.

I was lucky enough to spend my childhood years in Fiji. I grew up attending an International school with classmates from all corners of the globe. On the weekends we’d load up the boat, head out to remote islands to drop anchor, snorkel, and fish. My spoilt upbringing sparked my love affair with all things exotic, different, and new. I’ve been chasing adventures ever since. The crème de la crème of travel experiences for me, was trekking Mountain Gorillas in Uganda.