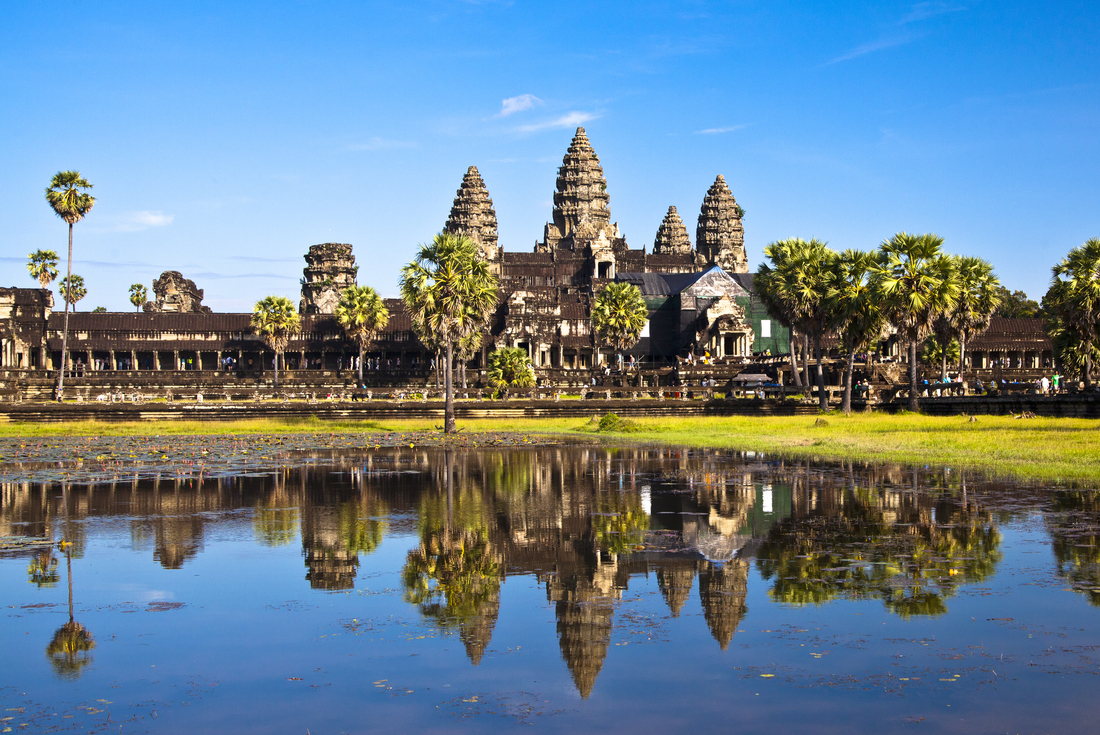 Whether you’re fascinated by the harrowing history of the Khmer Rouge, interested in tasting your way through the fusion of flavours that make up Cambodian cuisine or ready to explore the stunning architecture of some of South-East Asia’s most impressive temples, you’re spoilt for choice in Cambodia.

Here are some of the not-to-be-missed sights of Cambodia.

This UNESCO world heritage site is an archaeologist’s paradise. Home to some of Cambodia’s most recognisable icons (including Angkor Wat, Angkor Thom and the Bayon Temple), the entire area stretches over more than 400 square kilometres. Angkor Wat, the largest religious monument in the modern world, was originally built as a Hindu temple, but transitioned to a Buddhist temple late in the 12th century. Even today, the area is a masterful combination of Hindu and Buddhist architecture and decorations. 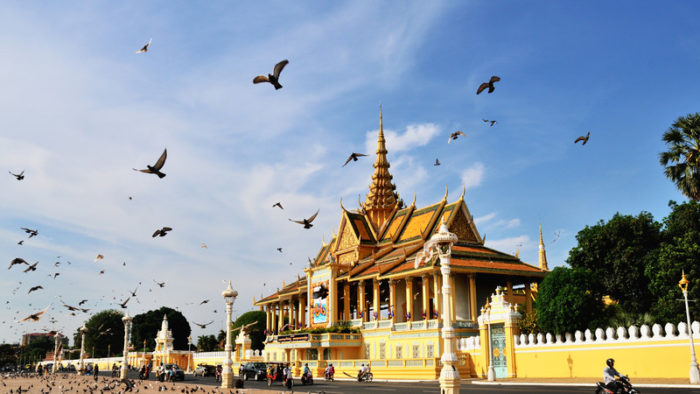 When you picture Cambodia’s Royal Palace in Phnom Penh you may think of the glittering gold roof and gables, however the palace is actually made up of multiple buildings and gardens. Built by King Norodom I over a period of more than 30 years in the late 19th and early 20th centuries, the palace is said to showcase traditional Khmer architecture, with a hint of French influence. Because the palace is currently occupied by King Norodom Sihamoni and his family, there are certain areas that are out of bounds to the public.

The gateway for any traveller visiting the iconic Angkor complex, Siem Reap is a city with so much to see. If you’re into art, visit the House of Peace Association and pick yourself up a traditional leather shadow puppet souvenir or look at the miniature replicas of Angkor’s Temples by sculptor Dy Proeung. If food’s your thing, enjoy a seasonal meal at Cuisine Wat Damnak, home of Cambodian celebrity chef Joannes Riviere or test your tastebuds at Bugs Cafe, where you can expect to dine on crickets, silk worms and spiders. There are also plenty of shopping opportunities, whether you head to a local market like Psar Chaa or one of the many arts and craft boutiques in the area.

The temple of Wat Phnom was constructed on Phnom Penh’s only hill and, according to the legend, was first built (in some form) in 1373 to house four statues of Buddha. A wealthy woman named Lady Penh had discovered the statues on the hill and the new capital city was then named in her honour – Phnom Penh literally means ‘the hill of the lady Penh’. Today, many Cambodians and tourists come to the temple to pray for good luck and success.

During the 1970s, one of humanity’s most horrific atrocities took place at the extermination camp in Choeung Ek. Over 17,000 men, women and children lost their lives here, and today visitors can pay their respects and learn about the regime of the Khmer Rouge. As well as exploring the fields (which remain littered with human bones), there is a museum and audio tour detailing the chilling torture methods used by the guards. While a visit to the Killing Fields will be a confronting part of your travels, it is undoubtedly the most important place to learn about Cambodia’s history. 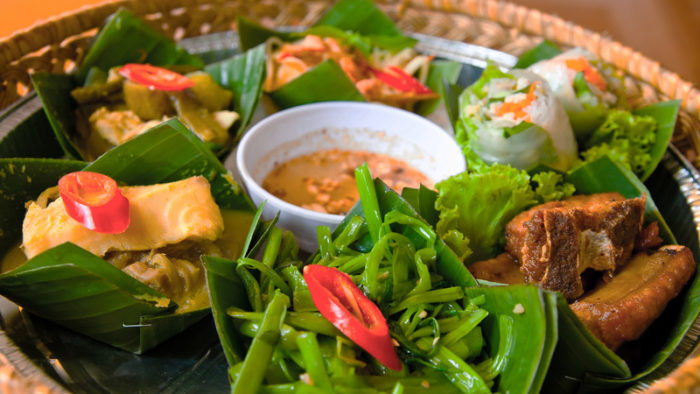 Phnom Penh’s Night Market is the perfect spot for some authentic Cambodian street food. Relax in the picnic areas and enjoy a traditional Cambodian dance performance as you snack on the likes of Lort Cha (a stir fried egg noodle dish often topped with beef and a fried egg), Kralan (bamboo sticky rice) or Amok Chouk (a traditional snail curry).

Due to the popularity of Phnom Penh and Siem Reap among tourists, Battambang can sometimes seem like the forgotten city, but it shouldn’t be. Home to Cambodia’s iconic Phare Ponleu Selpak (Asia’s answer to Cirque du Soleil), beautiful colonial architecture and plenty of riverside cafes, the slower-pace of Battambang means you’ll hardly feel like you’re in a city at all. You might want to hire a bike and tour around the countryside or head to the nearby village of Pheam Ek for some spring rolls, rice paper being the primary industry of the area.

Ready to experience Cambodia for yourself? Travel on one of Peregrine’s Cambodian small group tours.