Friends for life: the best places to meet locals in the Balkans 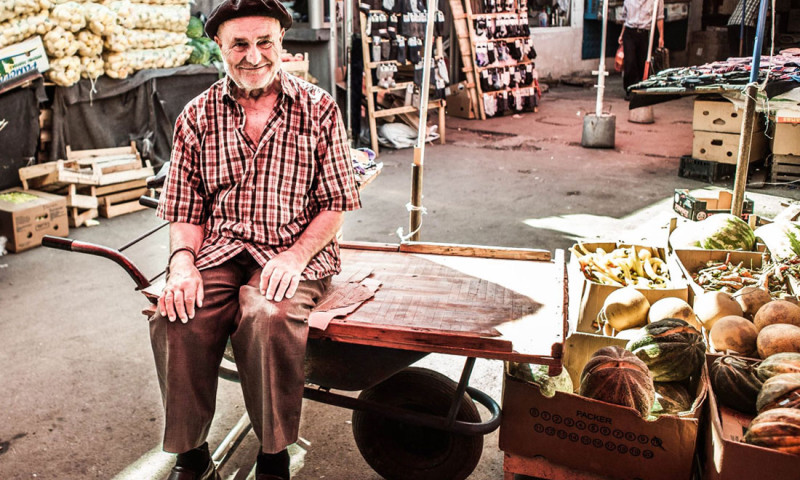 One of the big advantages of group travel is getting to meet locals you’d otherwise brush right past.

A local leader in Zagreb walks you over to a stallholder, says a few words in the local lingo, and hey presto: a new Croatian friend for life (or at least someone who shares their BBQ Mješano skewer with you).

But even when you’re flying solo, there are always a few places you can go to meet locals and get a feel for day-to-day life. In the Balkans, you’re going to find big smiles and welcome words wherever you go (it’s good like that), but if you’re travelling through Albania, Croatia, Bosnia or Serbia and you’d like to blend in, these are the places to do it.

1. Have tea in the Accursed Mountains 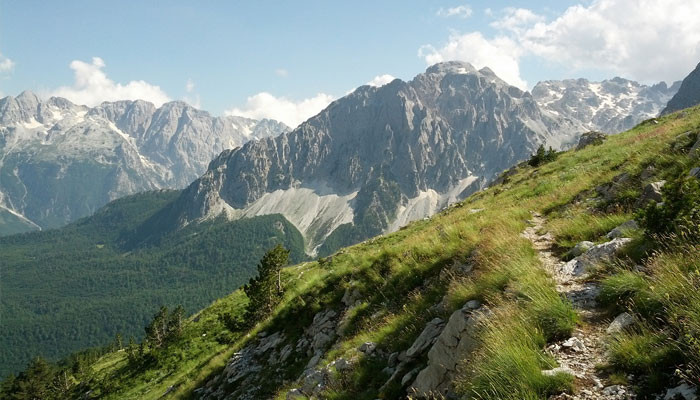 In Northern Albania you’ll find the ‘Accursed Mountains’, a name that doesn’t exactly sing on the tourism brochure. But spend an afternoon exploring some of the remote villages in the Valbona Valley and it’s obvious the name isn’t really justified. It’s not uncommon to be invited in for tea by the locals here, and you’ll be hard pressed to find more warmth or hospitality in a plush Tirana hotel. If you’re lucky you’ll get a slice of sweet baklava or kadaif  thrown in for good measure.

2. Queue with pilgrims in Montenegro 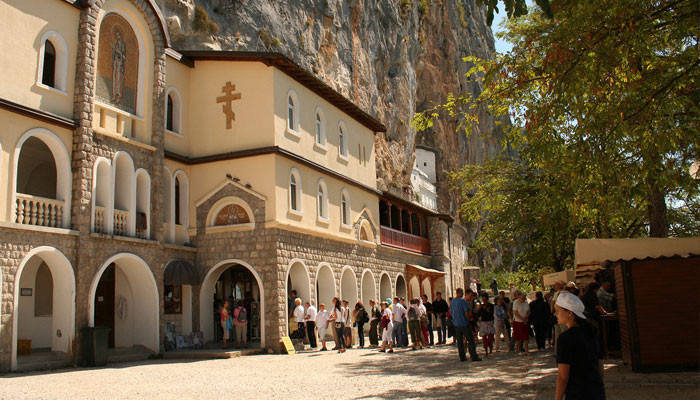 Montenegro’s Ostrog Monastery is built into a vertical rock face 900m above the Zeta Valley below. Orthodox Christian pilgrims flock here to see and worship the bones of Saint Basil of Ostrog. If you’re adventurous (or particularly pious) you can stay the night with the pilgrims on benches inside the church, or under the stars in the apple orchard in front of it. Blankets are provided by the monastery. It’s a genuine local experience you won’t find in many Sunday travel pages.

3. Join the ‘corso’ in Bosnia and Herzegovina 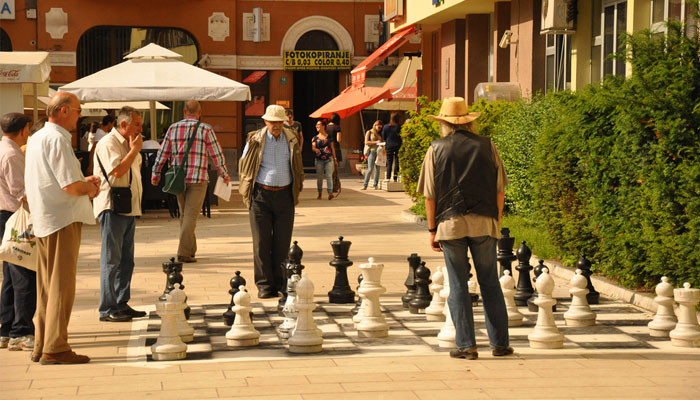 The daily ‘corso’ takes place each evening in towns all over Bosnia and Herzegovina. Locals stroll up and down the main street of town, to see and to be seen. They stop for a chat, drink coffee with their friends, flirt, or just relax with a game of chess on the pavement. It’s a fantastic social ritual that brings small towns and communities together, and the best part is, anyone can take part! Bonus points if you challenge a local to a game of chess (be prepared – the old men here are pros).

4. See the morning’s catch in Hvar 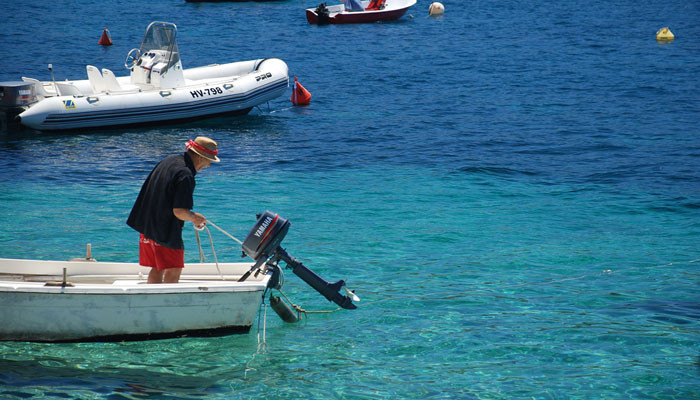 Despite its glitzy celebrity image, Hvar still belongs to the sea. It’s one of the Dalmatian Coast’s premier island retreats, but every morning, come dawn, the local fishermen still take to the waves to search for the day’s catch. Get up early and wander down to the waterfront in Hvar Town, you’ll see the little boats coming in and the fishermen selling their wares to restaurant chefs and fishmongers. Apart from enjoying a bit of friendly banter with the locals, you’ll also be able to eye off tonight’s dinner.

5. Check out the markets in Pristina 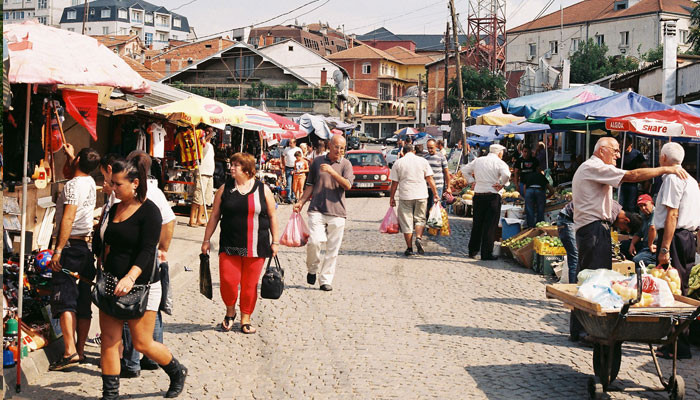 Kosovo’s largest market (or tregs as their known) is in Pristina, a rabbit warren of stands selling anything from bathtubs to tomatoes. But this isn’t your usual haggle-fest. The stallholders here are almost too friendly – show an interest in a local’s fruit and it’s not uncommon for them to give you some for free. Hang pride and accept the offer – the plums are some of the sweetest you’ll ever try. It’s the perfect spot to mingle with the locals and try out a little of your pigeon-Albanian.

6. Sleep in a homestay on Lake Ohrid 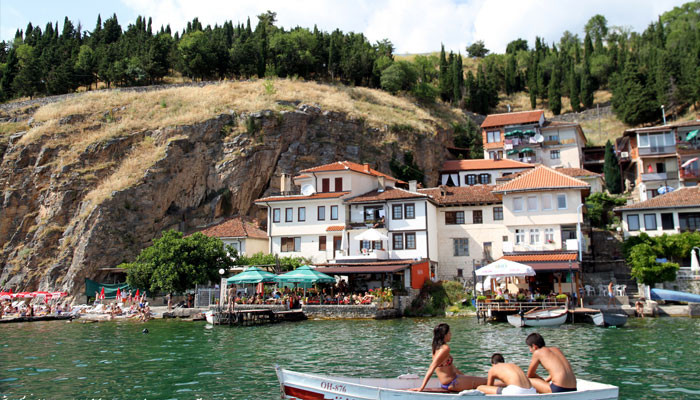 Macedonia’s Lake Ohrid is 300 metres deep and about a million years old, which is perhaps why it’s got the art of good hospitality down to a T. There are plenty of homestay options on the banks of the lake, and it’s arguably the best and most cost-effective way of staying near the lake’s edge. You can kick back with a raki (or three) while your host fills you in on the latest gossip in town, or a secret little hike up into the woods. You won’t get that sort of service at the Four Seasons.

7. Dance the night away in Novi Sad 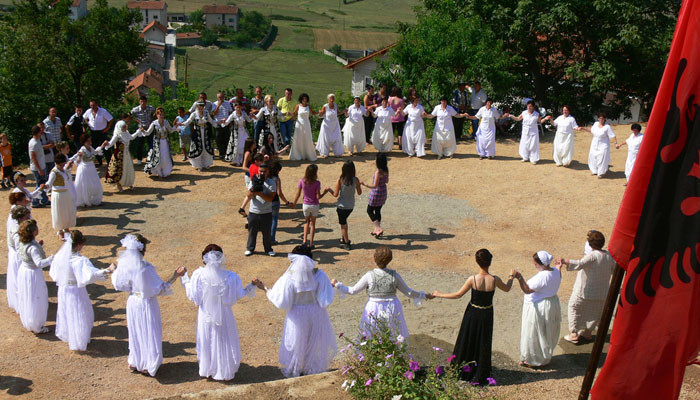 Novi Sad in Serbia has a reputation for fun an frivolity, and dancing is a big part of it. Once you’ve explored the parks and laneway bars (get in early, they pack out by 7pm) you can head to a traditional dancing school to learn a few Serbian moves. These clubs aim to keep the local dance (known as kolo) alive, and they welcome visitors with open arms. It won’t be long until you’re up on the floor and making new friends. 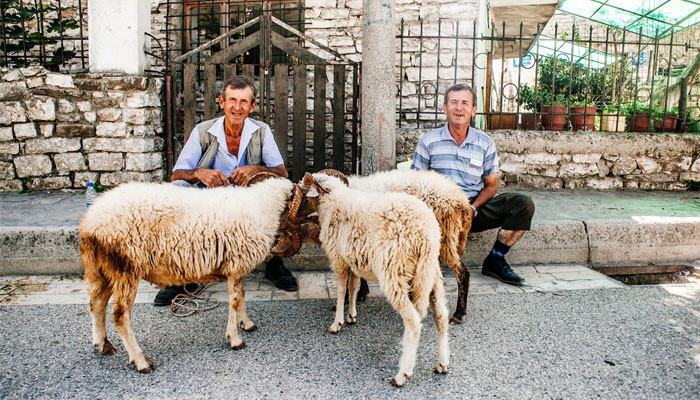 No matter where you are in the Balkans, the best strategy for meeting locals is still the same: throw away your map and go and get lost. Local interaction is bound to follow. And don’t worry about finding your hotel again, it’s a rare Balkan local that wouldn’t walk you all the way back themselves, probably buying you a drink along the way.