An adventure through Japan with my mother 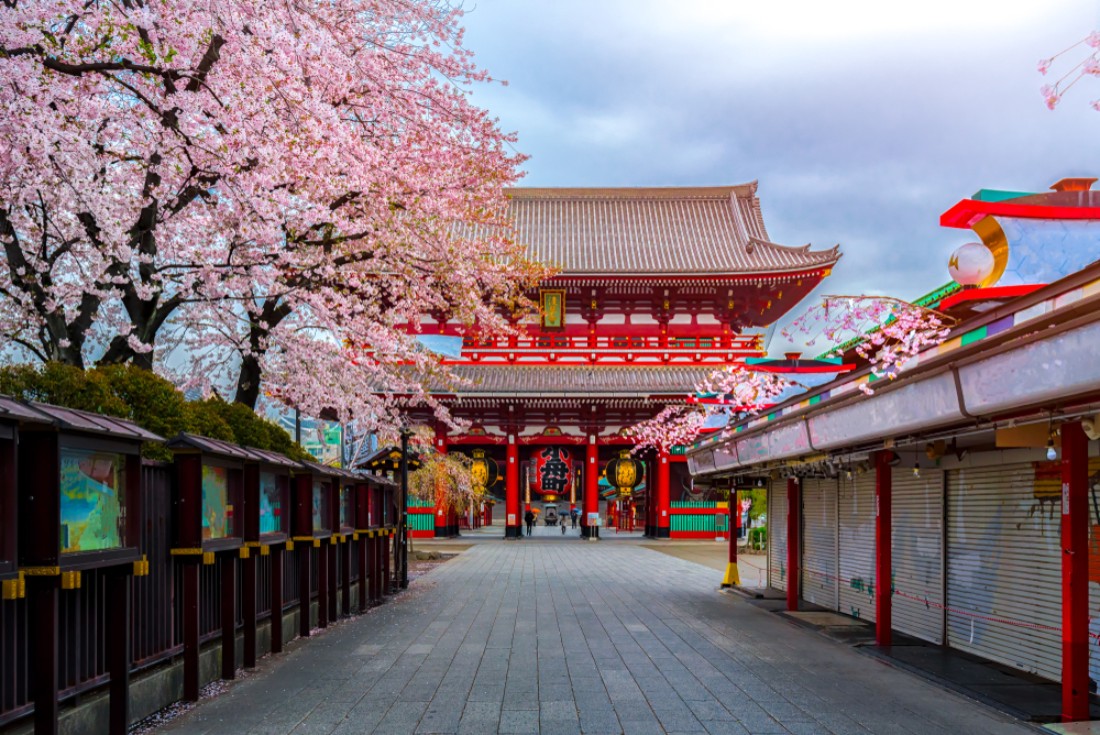 My mother is a great traveller. She puts me to shame.

By the time we met in Tokyo, she had already been to language school in Venice, eaten the Greek Islands out of feta, and compiled a list of acceptable places for coffee in Paris. Having convinced her to leave Europe and come to Japan, it was my job to make it worthwhile.

With just six nights together, time was short. I decided we’d split our time equally between Tokyo and Kyoto. The focus: culture, and eating. A lot of eating. By the time I was at our Haneda Airport meeting point, I had two loaded Pasmo cards, and a solid game plan.

EXPLORE JAPAN ON A SMALL GROUP ADVENTURE WITH PEREGRINE

Our Tokyo base was an area known as Yanesen, a contraction of Yanaka, Nezu and Sendagi. Traditionally, this was a vibrant part of downtown Shitamachi Tokyo. Dotted with temples and traditional houses, you won’t see the neon delights of Shibuya or Shinjuku, instead you get a peek at old Tokyo. 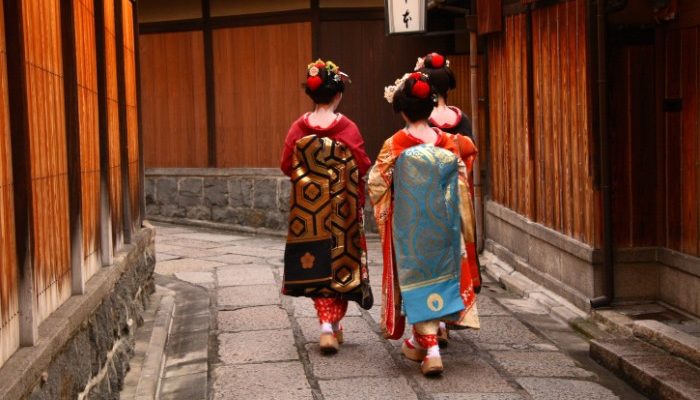 The preferred way to go is by bike.The streets are narrow to the point that you’ll often think you’ve veered off track. Food is served curbside or in small, ornate restaurants. Shops in the area sell sweets or wagashi, snacks, and crafts. Best of all for two confirmed coffee drinkers, the neighbourhood’s latest opening is direct from Melbourne. Cibi Tokyo is the new branch of the Collingwood staple, and serves all the favourites, including avocado toast and superlative lattes.

There was a lot to do in the wider area we were staying in. We were staying close to the renowned udon restaurant, Kamachiku, where Mum discovered a taste for sake. We were catching up with friends but if you don’t have the luxury of some locals to order for you, the restaurant also offers a tasting menu at around ¥3,500.

Kappabashi-dori is also known as Kitchen Town, and for two people who like to cook, an excellent place to spend a morning, or let’s face it, the better part of a day. Don’t miss the shops selling plastic display food, or the chance to buy the best brushes you will ever own at one of the many specialist shops.

Next door is Asakusa, another area rich in temples and tradition. We joined the crowds of people at Ootori Jinja Shrine, where the festival of Tori-no-ichi was in full swing. It’s held in November for luck and prosperity in business in the year ahead. After making our wish at the shrine, we walked through the market selling kumade, decorated wreaths. You start with a small kumade, and return each year, buying a slightly larger version each time. 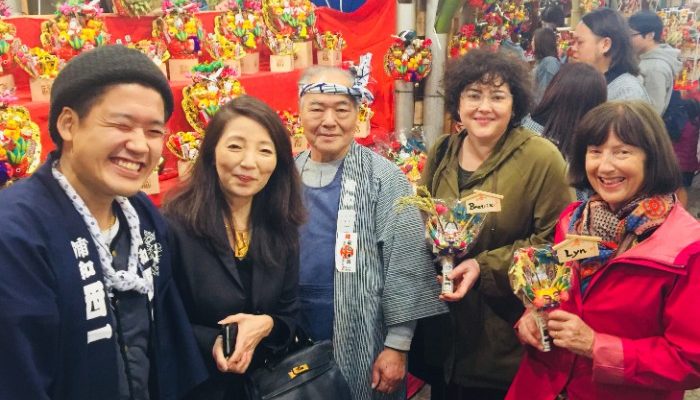 When we were ready to venture beyond our fascinating neighbourhood, it was time to engage with Tokyo’s transport system, which can be a little confusing. There are lots of options available to get around, all with different operators, and separate stations. Luckily, Google Maps is fully integrated with the systems, and by plugging in your destination, you can figure out the best way to go. My personal favourite is to try a local bus and to get where you’re going in a rather thoughtful fashion for around ¥100.

RELATED: 7 PLACES YOU NEED TO VISIT IN JAPAN

I predicted that Omotesando’s Nezu Museum would be a hit, and I was bang on. We saw a collection of incredible samurai sword fittings and did the gift shop thoroughly before heading to explore the garden, which was decked out in autumn shades and really showing off. We chased culture with couture, walking through Aoyama and gawking at the storefronts.

After stashing our suitcases in the lockers at Tokyo Station, there was one more activity to tick off – and it was a serious one. Lunch at L’Effervescence. At most fancy dining spots in Japan, you can enjoy a pared-back menu at lunchtime for a lot less than you might pay for dinner. The only downside of our exquisite long lunch was that there was no way we could even consider an ekiben, or a perfectly packed train bento, on our Shinkansen ride to Kyoto. 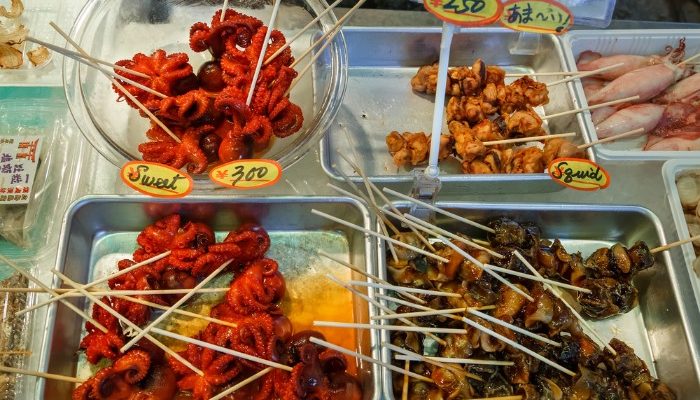 The first stop in Kyoto has to be the Nishiki Market. Mum wasn’t keen to try a market speciality, tako tamago, a skewered candied octopus stuffed with a quail egg. Instead, we snacked on mitarashi dango, mochi dumplings in a sweet sauce, while we shopped for golden sesame seed dust and sampled unusual pickles.

Still in pursuit of snacks, the depachika was next. In any department store, and Japan has many and does them very well, the basement will be a bustling food hall (or depachika). Here, you’ll find anything you could possibly want, from a tray of $100 strawberries (worth it apparently!) to rows of perfectly turned-out truffles, to bottles of impossibly rare whiskey, to meals all ready to take home and devour. The overall effect is rather overwhelming. My depachika rule: opt for the simple perfection of a sandwich.

RELATED: EMBRACING CONTRADICTION: WHY WE SHOULD ALL FOLLOW JAPAN’S LEAD

Kyoto is best explored on foot, which inevitably leads to shopping. After exhausting the the delights of Loft, Tokyu Hands, and Muji, it was time for something special. Mum loves fabric, so we headed to Sou Sou street, a whole strip of shops owned by the cult brand, selling fabric, clothes for adults and kids, and even kimono-inspired clubbing gear.

After a little consumer worship, it was time for something virtuous. 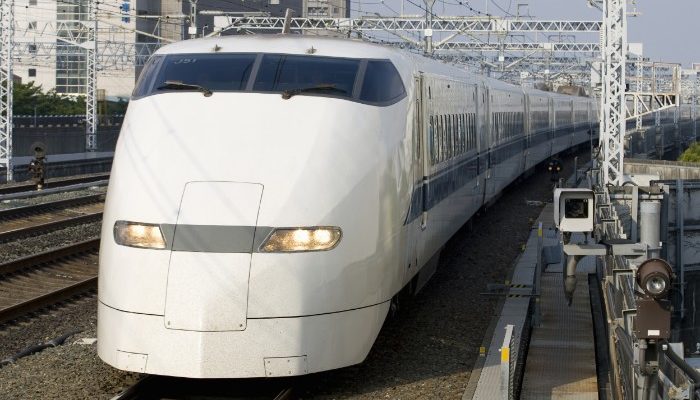 Saihōji, more commonly known as Kokedera or the Moss Temple, can be a bit of a tricky place to visit. You need a permit to get through the gates, which requires a written application. I had this in hand. But before setting foot in the famed moss garden, visitors must copy, by hand, a Buddhist scripture. During the hour we spent tracing the ancient koan, I sensed a few long looks from Mum. But we made through the kneeling and the scribing and got to enjoy the peaceful garden with a sense of achievement.

Back on the Shinkansen, we headed straight from Kyoto to Narita Airport, ready to plot our return, over a final Sapporo.

Beatrix is a Melbourne- based Aucklander, which makes her doubly obsessed with coffee. She always has a spreadsheet on the go to plan out her next itinerary. Chances are, she’s headed to Japan, armed with her favourite travel accessory, a fully-charged Kindle. Follow along on Insta at @japlanguide