5 of the coolest neighbourhoods in Lisbon, Portugal 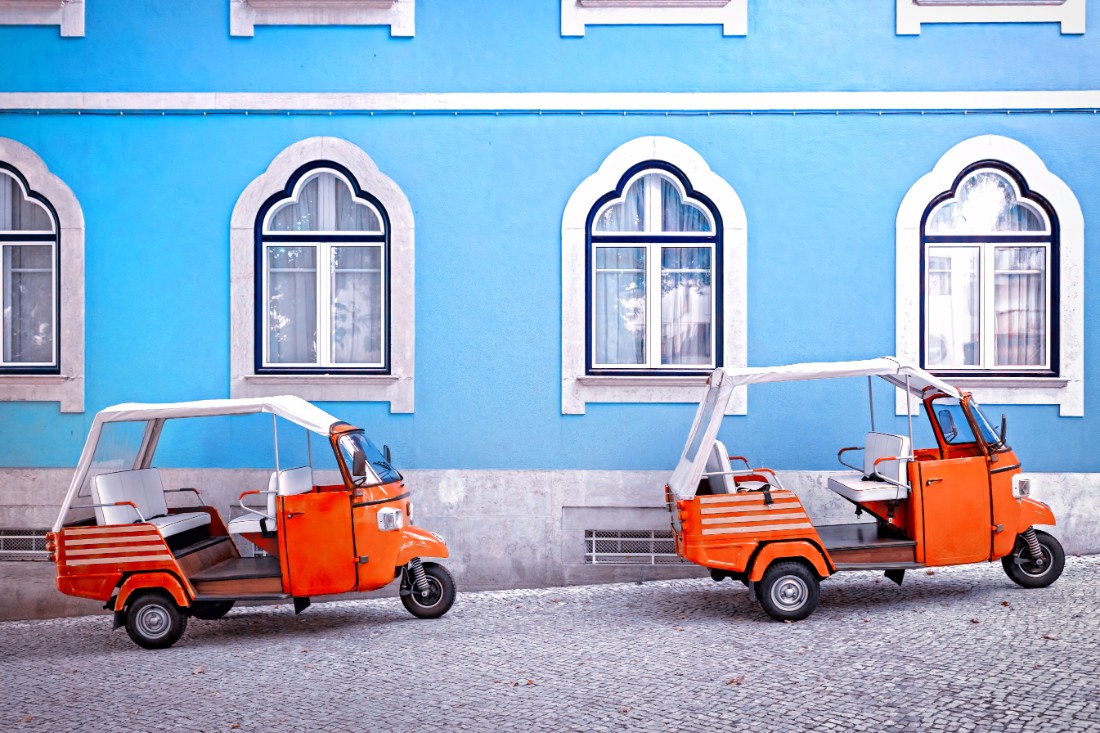 Anybody who’s anybody is hightailing to Lisbon to enjoy its rich history, stunning architecture, boutique shopping and traditional flavours. Portugal’s colourful capital is becoming increasingly cosmopolitan but hasn’t forgotten its roots, so you get the best of the old and new world.

Here’s our guide to Lisbon’s best neighbourhoods to explore. 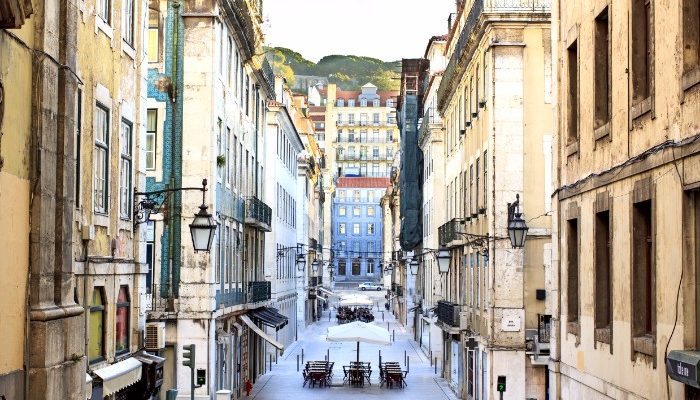 This is Lisbon’s 2000-year-old downtown area, sometimes referred to as the ‘Baixa Pombalina’ in reference to the man responsible for its elegant architecture and streamlined design. The Marquês do Pombal was put in charge of restoring the toppled CBD after Lisbon’s massive earthquake in 1755, and he is credited for pushing Lisbon to become a modern master-planned city.

Between the 15th and 18th centuries, this area was the trading centre of Portugal’s fruitful maritime empire, and it still has a commercial focus today, with many stores lining its main thoroughfare Rua Augusta.

Although well located, the restaurants along this strip aren’t particularly reflective of Portuguese custom, so it’s advisable to step back a street or two when it’s time to eat, or better still, meander your way up to Chiado or Príncipe Real. 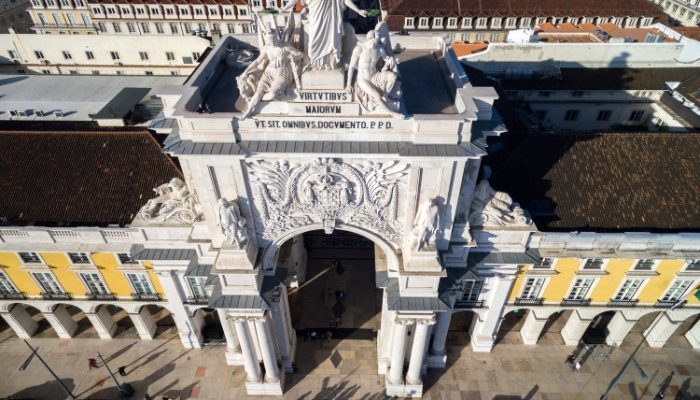 Chiado is a swish suburb primed for shopping, eating and drinking. While the original Portuguese custard tarts were created outside central Lisbon in Belém (see below, because you should go here too), Manteigaria in Chiado is one of the best places for pastéis de nata in the city centre.

Come dinnertime, make your way down the back of the Bairro do Avillez precinct to the cabaret restaurant Beco for a fancy dinner, or grab a more casual meal at Royale Café.

Those with a sweet tooth should beeline for the chocolate cake at Landeau Chocolate, and caffeine lovers can visit Fábrica Coffee Roasters up the road.

If you’re on the hunt for souvenirs, pop into d’Orey Tiles. This is a passion project-turned-store that showcases an impressive collection of Portugal’s famous azulejo tiles. The oldest tiles date back to the 15th and 16th centuries and were brought to Portugal by artisan Moors. The owner sources products from collectors and palaces, and employs specialist teams to handle the recovery and restoration. Also pay a visit to Vista Alegre to browse a beautiful collection of Portuguese-made ceramics and glassware.

EXPLORE PORTUGAL ON A 7-DAY JOURNEY WITH PEREGRINE 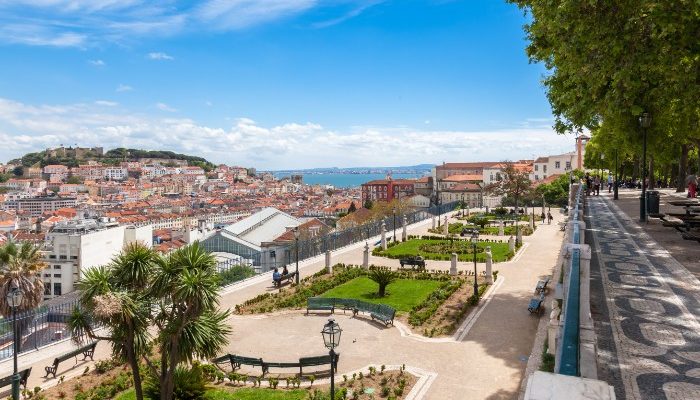 This snazzy suburb is where Lisbon’s trendsetters hang. Boutique shops and cafés stretch the length of Praça do Príncipe Real, which teeters on a hilltop with sneaky between-building views either side. Browse designer collections in the Embaixada shopping gallery, housed in a magnificent 19th-century neo-Moorish palace, and Real Slow Concept Store, where for an added bonus, you’ll find a superb coffee and chocolate café called Bettina & Niccolo Corallo next door. If you need a shopping break, enjoy a leisurely stroll in the leafy Jardim do Príncipe Real.

Time for a drink? Head towards the São Pedro de Alcântara lookout and make your way up to the Insólito. This bar adjoins a hostel but don’t let that put you off. Upstairs, the establishment is elegant and intriguingly quirky, and the counter seats offer exceptional views across the city. 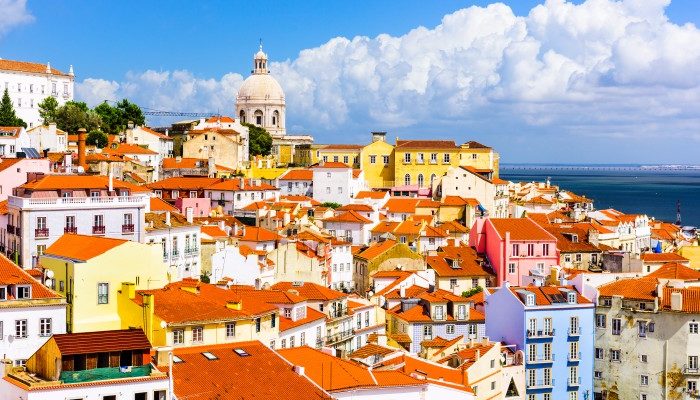 You’ll notice the streets of Alfama are narrow and jumbled compared to the 18th century-revamped Baixa, as this part of Lisbon was spared destruction during the earthquake. Hence it’s an insightful look into old school Lisbon and is a key tourist hub. Many historic attractions can be found in this area including the Sé cathedral, the National Pantheon and Casa dos Bicos. The Bicos house has a free archaeological exhibition of Roman ruins on the ground floor, then shares the life of Nobel Prize in Literature winner José Saramego upstairs. It’s worth a walk-by at the least, just to gaze at its unusual spiky façade.

On Tuesdays and Saturdays you can dig for treasures at the Feira da Ladra flea market in Alfama, and for a relaxing day’s end, wander down to the waterfront for a wine at DeliDelux followed by a pizza next door at Casanova. 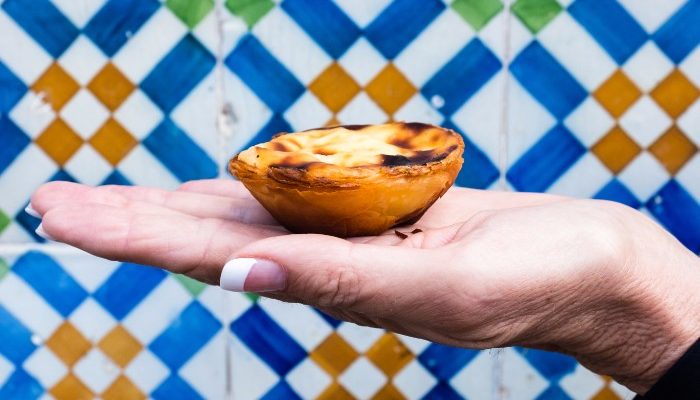 Belém is an outer suburb of Lisbon that gives you bang for buck when it comes to notable attractions. This area was a launch point for many of Portugal’s global pursuits during the Age of Discovery and was also an upper-class playground for Portuguese monarchs, who were drawn to its waterfront location.

Your visit schedule should include the Padrão dos Descobrimentos, which is a nod to the Portuguese’s aptitude and bravery on the high seas; the Torre de Belém, which helped defend the city at the mouth of the Tagus River; and the Mosteiro dos Jerónimos, which is just about showing off really. The latter two attractions flaunt Portugal’s native Manueline architecture.

There are also a number of cultural spaces worth checking out in Belém, including the Museum of Art, Architecture and Technology (MAAT) and adjoining Tejo Power Station, the Centro Cultural de Belém and the National Coach Museum. For lunch try the family-run O Carvoeiro, then sample Portugal’s original custard tart (the pastel de nata) at Pastéis de Bélem.

Belém is easily reached from the city centre by train, bus or tram, and once there, its flat terrain is easy to explore on foot.  If you’ve got the time, you can spend a whole day here.

Ready to discover Lisbon’s bustling neighbourhoods for yourself? Do it on a small group adventure with Peregrine.

Emily McAuliffe is an Australian travel writer and copywriter. Her work has appeared in high-profile publications such as Lonely Planet, the Qantas inflight magazine, Women's Health, Time Out, the BBC and The Telegraph. Visit her website at www.emilymcauliffe.com and blog at www.theportugalwire.com. You can also follow Emily on Twitter @mcauliffe_emily and Instagram @mcauliffeemily.