Life on the roof of the world: Meet polar expedition leader Solan Jensen 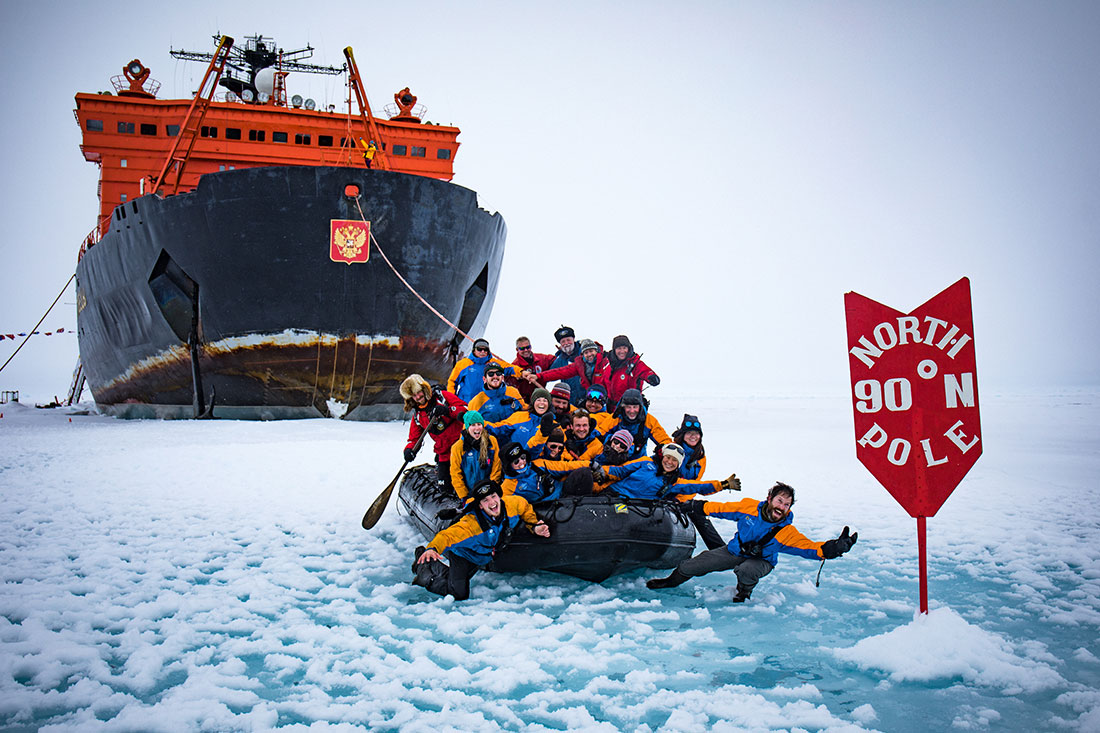 It turns out our voyage to the North Pole comes with its own soundtrack. One that runs beneath every conversation and lulls you to sleep each night.

It’s the persistent low growl, punctuated by the crack of splintering sea ice, as our ship inexorably inches its way north. For a first-time visitor to the Arctic, the constant grind feels like the ship could fall apart at any moment, but for our polar expedition leader, Solan Jensen, it’s another hallmark of what makes this region so unique.

THIS IS WHAT IT LOOKS LIKE ON AN ARCTIC EXPEDITION

‘One of my favourite experiences is the rumbling through the sea ice,’ says Solan. ‘To feel the whole ship rattling, everything rattling around you… it feels a little bit like you’re in a small plane flying through a mountain pass. It’s very difficult to get used to, yet you get used to it immediately.’

There’s no need to fear, though. We’re in Solan’s room aboard 50 Years of Victory, a nuclear icebreaker that’s also one of the most powerful ships in this region. In the winter she used to escort ships through Russia’s Northeast Passage, like a marine snow plough through the sea ice. Handling a piece of machinery of this size inevitably presents a challenge for any expedition leader, the ship’s captain and their crew.

INTERESTED IN AN ARCTIC ADVENTURE? EXPLORE OUR RANGE OF TOURS NOW 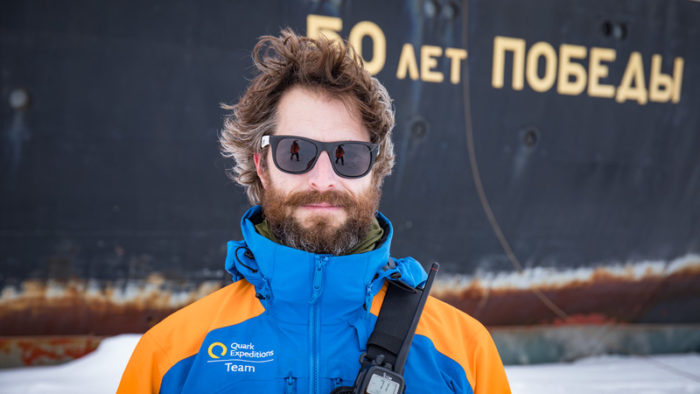 Solan Jensen, the expedition leader about 50 Years of Victory. Picture by Liam Neal.

‘Communication with the captain and coordinating our intentions is an immense task. I work with a Russian translator all day long, and she comes with me to meetings with the captain, chief officer, helicopter pilots and deck crew. Together we begin to coordinate what we’re going to do based around the weather and the ice conditions. There are times where the inertia of the ship will carry it forward for a great distance through thick ice, even while it’s in full reverse. And these are the sorts of considerations that begin to frame my job.’

Solan makes a point of mentioning the ship’s working background because this Arctic expedition isn’t a typical cruise lining experience. We’re travelling aboard a custom-built ship, run by trained professionals who work in the tourism industry between winter seasons. To them, playing host to travellers visiting for the scenery and wildlife is outside the norm.

Yet to the crew’s credit, the guests aboard the ship are blissfully unaware of the effort that goes into the day-to-day on board. They’re like the stage hands keeping the set moving in what can be described as a well-oiled theatre production. Of course, the star of the show is the Arctic which, despite all its beauty, still challenges travellers in unexpected ways.

SUBSCRIBE TO OUR NEWSLETTER FOR OUR LATEST UPDATES AND OFFERS

50 Years of Victory carving a path to the North Pole. Photo by Liam Neal.

Solan says his job is twofold, both working closely with the captain and his crew, but also ensuring guests are enjoying the experience too. He likens his role to more of an art curator than an expedition leader or host. Like art, he says it’s about arranging each of the elements just so. He wants people to marvel at the scale of the landscape, with the sun raking across the fjords and land formations of the Arctic, to have a chance to experience the thick Arctic fog, to feel the unique cold here and the relief of returning to the ship’s warmth after taking a plunge in the water.

‘The Arctic is still a myth for most people. It’s such a profound, imaginary idea that they want to come and see for themselves. So as people come here and experience it, hopefully they’ll change from seeing it initially as vacant, to seeing it as alive and thriving. You begin to see that the Arctic is a home for a variety of flora, many of which have adapted to be very small, so you don’t seem them until you have a chance to get up close.’

Then there’s the wildlife, a constant challenge for Solan and his team. 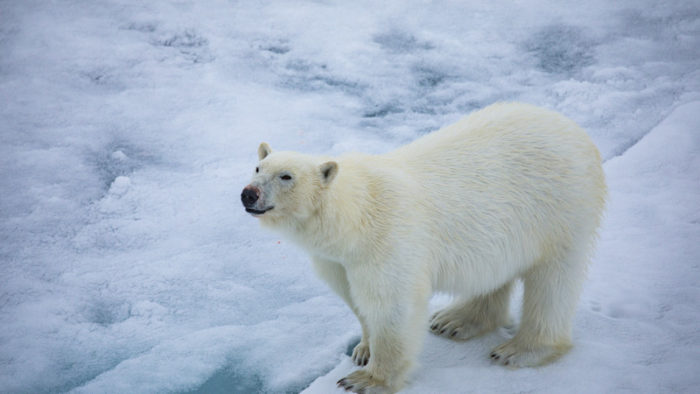 A polar bear inspects the group aboard 50 Years of Victory. Photo by Liam Neal.

‘One of our main objectives is to watch for wildlife, and we have staff who religiously are on the bridge and outside studying the horizon, trying to differentiate between the colours of the sea ice and the colours of the animals at a great distance so that we can slow down the ship. But our first goal is not to disturb the wildlife.’

When the conversation turns to wildlife and the environment, Solan’s warm Alaskan accent and good-natured mood takes a dip. Where his eyes light up talking about the joy of living and working in the Arctic, they’re downcast as he grapples to put into words the heavy sense of responsibility he feels too.

‘The Arctic is changing. That’s why when we visit many places in the Arctic, we approach them with great care and method. We don’t want to trample lichen beds or leave our footprints on the tundra. I want people to feel that they have a sense of belonging here, and that it’s in our care. It’s within our ability to steward the land, and we can certainly do a lot not to ruin it.’

RELATED ARTICLE: WHAT TO PACK FOR AN ARCTIC ADVENTURE

That sense of shared responsibility and belonging is captured perfectly the moment the ship finally arrives at 90 degrees north.

At that moment, drifting above the North Pole even when the ship is in full reverse, everyone onboard has shared a profound journey to get to this point. What Solan hopes they take away from that experience is not only a sense of achievement, but also a reverence for this remote part of the planet.

Join Solan aboard your very own polar adventure with one of our polar expeditions.