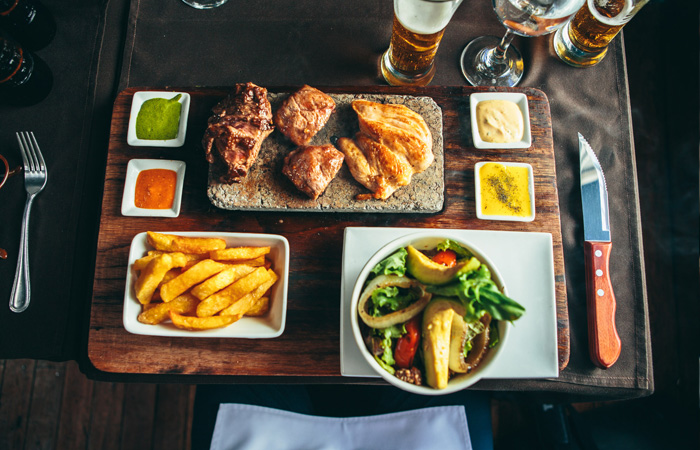 Guinea pig is a 5000 year-old staple of Andean food culture, rich in both cuteness and protein. The little creatures scuttle around, corn-fed in preparation for the oven. I couldn’t cope, just as I couldn’t cope with another specialty, roast alpaca. (For the record I’d had a nice nuzzle with an alpaca earlier in the day, sweet grassy breath and cute crooked teeth). Fellow travellers Malcolm (“More guinea, anyone?”) and Ric made some hilarious poses for the camera, as our wonderful guide Luis tucked into one of his favourite delicacies. 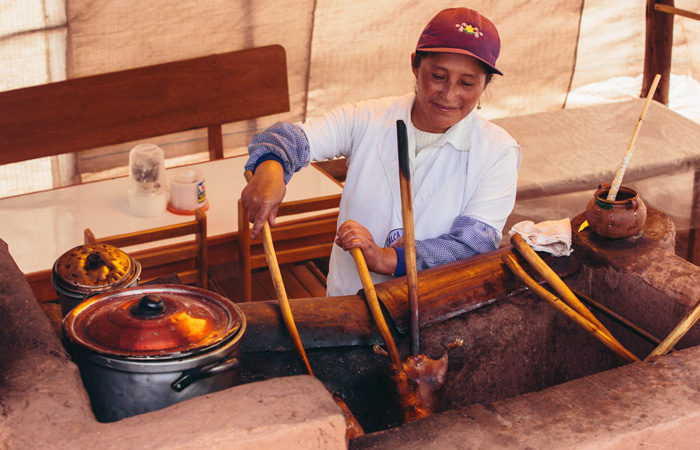 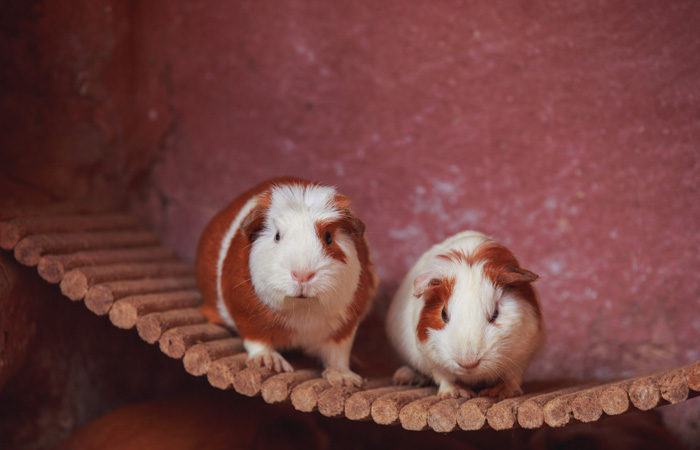 On the bus I pause for reflection of the ‘we are what we eat’ kind. I’d eaten some melt-in-the mouth beef the night before, and some pork before that. So why should guinea pig be any different?

At Machu Picchu the next day, and I’m still thinking about the food that must have nourished one of the world’s greatest civilisations. The food the Incas ate isn’t all that different from what Peruvians consume today:  lots of grains, pulses, herbs, guinea pig, alpaca. But the resourceful Incas also ate foxes, deer, puma, even insects. They cultivated thousands of varieties of potato. This is the home of those grains which are marketed so expensively as ‘ancient’ back home; Australia’s trendiest megafood quinoa, more varieties of corn than I had ever imagined, all sorts of greens, many kinds of potato, tomatoes…

In Peru, Argentina and Chile, we find foods to suit every palate and budget. Vegetarians, vegans, pescatarians and carnivores will come back to restaurants, cafes and street stalls for more of what tickles their palates. Australian visitors will notice immediately what good value you can get while dining out in South America. For the $40 or more it costs for a main course in Melbourne or Sydney, it’s easy to find a whole mouth-watering dinner including a couple of glasses of wine. 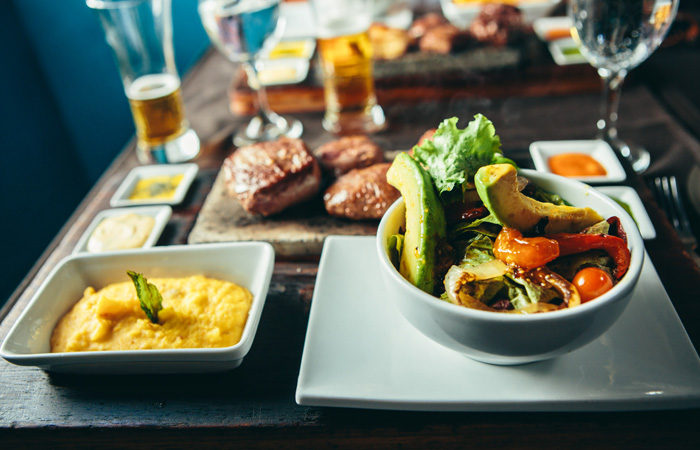 When we arrive at the estancia outside Buenos Aires, a barbecue for the 10 of us is in progress. The open-fire BBQ is the biggest I have ever seen, revealing what is surely a lunch-in-progress for 40 starving travellers. I ask the chef how much meat is calculated per guest. Nonchalantly he replies, ‘For guests, between 500-600 grams.’ Yes, some of us did come back for a second serving of succulent ribs… And then there’s the seafood. We visit a fish market in Santiago which displays monsters the size of Moby Dick, massive crustaceans, and delicate red and white beauties that look like goldfish. Some of these appear on our plates as ceviche, subtly flavoured and very addictive. 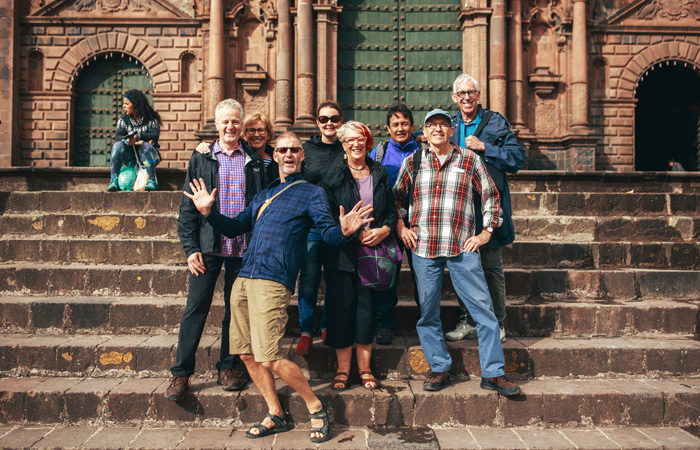 Early on in our trip we were introduced to pisco sours, and we meet them again in different forms outside Peru, which competes with Chile for the honour of their creation. It’s a battle that reminds me of Australia and New Zealand’s endless tussle over the Pavlova. The pisco sour is a seductive, innocent-seeming cocktail, which adds citrus syrup and egg white to a clear liquor base. Delicious, but trust me, after four you’re on the floor.

South American food has stayed with me long after my Peregrine tour. There’s no cuy on my Melbourne dinner menu tonight, but there is a small piece of rib fillet waiting for the grill, and surely there’s time for a quick trip to Dan Murphy’s to do some serious research into their stocks of Argentine red…

Want to try the flavours of South America? Have a browse through our small group tours through Argentina, Peru and Chile.