All aboard: why summer is the best time for an Adventure Cruise in Europe 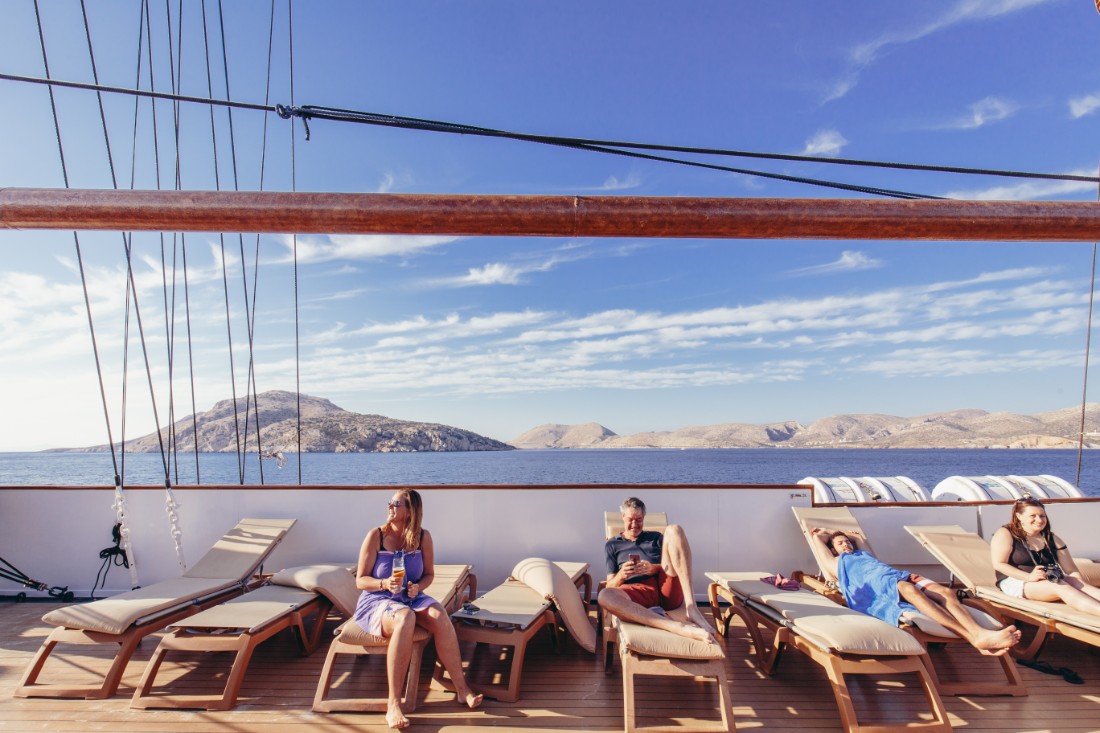 Heading to Europe for a summer escape is the ultimate travel dream.

The sun is shining, the atmosphere is electric and it’s great to relax away from the monotony of life at home. Last summer, I went on an Adventure Cruise around the Greek Islands and Turkey and honestly can’t imagine experiencing these exotic isles at any other time of year.

Before I left, I was a bit worried about how hot it would be and whether we would spend the entire trip battling big groups of other tourists, but having been on the 8-day Cruising the Islands of Greece and Turkey, I can safely say my fears were unfounded for a few reasons.

1. A refreshing swim is easy 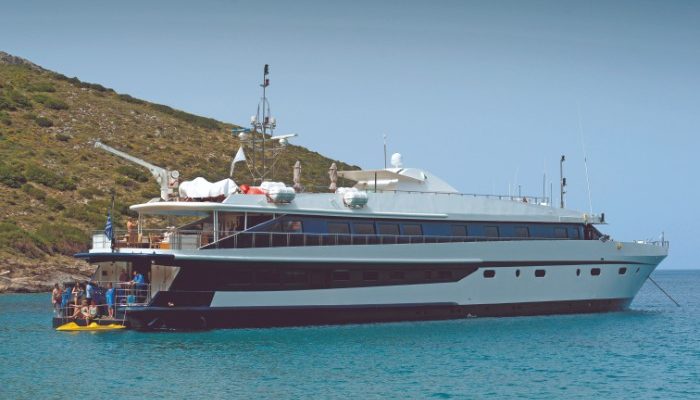 Swimming off the back of the small ship.

If you search for pictures of the Mediterranean in summer, it can be off-putting when you’re faced with images of overcrowded strips of beach, packed with beach umbrellas and sun lounges (that you have to reserve and pay for). But, when you’re on a small ship cruise you’re always at close quarters with the sea and you can swim directly off the back of your boat. Or, if you prefer to relax on the beach, you’ll have the opportunity to pull up in some of the less frequented beaches, so there will be far fewer bathers to contend with. Our swim at Aegialis Beach in Amorgos was virtually tourist-free when we arrived for a dip and was a real highlight of the trip.

2. You’ll be spoiled for choice

Travelling during peak season definitely has its pros and cons. Yes, it’s busier, but travelling during high season means everything is open and you’ll be spoiled for choice for amazing restaurants and bars that might be closed during the colder months. Plus, historical sites like Ekatontapiliani, the Byzantine church complex we saw in Paros, are unlikely to be covered in scaffolding or undergoing restoration works like they may in the off-peak season.

3. You can see the hidden gems – minus the crowds 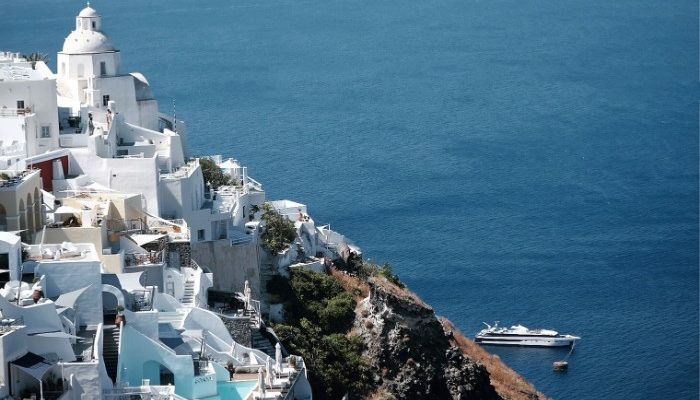 Mooring off the coast of Santorini – without the big ship crowds.

One of my biggest concerns before experiencing European summer was the crowds I had been warned about. But, the beauty of being on a small ship cruise meant that if we were exploring an island and it got a little bit hectic, I could retreat to the deck of the ship for some down time and a cocktail. Our captain and local leader also ensured we timed our arrivals well – so we explored busier places like Santorini in off-peak times of the day – like early in the morning or in the evening to avoid the heat of the day and the busiest crowds.

As well as some of the more popular islands, we also went to a lot of lesser-known destinations and smaller islands, which meant we could enjoy the sunshine away from the mainstream tourists.

4. There are no stuffy bus rides

One of the best things about an Adventure Cruise is that when you’re moving from place to place, you’re travelling on the water, not in a stuffy coach. This means you get to enjoy the breeze as you cruise along the stunning coasts, without worrying about whether the air-conditioning on the bus is going to give out. An added bonus is that the cruising time between destinations is a crowd-free and relaxing way to get from point A to point B – so rather than being a drag, the transit is actually part of the holiday.

5. It’s a festive time of year

If you go on an Adventure Cruise in August, you should definitely try to time it so that you’re in the country for the middle of the month (even if it’s on either side of your cruise). August 15 is a big national religious holiday in Greece called The Feast of the Dekapentavgoustos, and the Cycladic Islands are the epicentre of the celebrations. Everyone is on holidays and all the islands have festivals that tourists can enjoy, such as some spectacular traditional feasts and events.

It’s not too late to head to Europe on a small ship cruise this summer. View our full range of Adventure Cruises and book your place today.