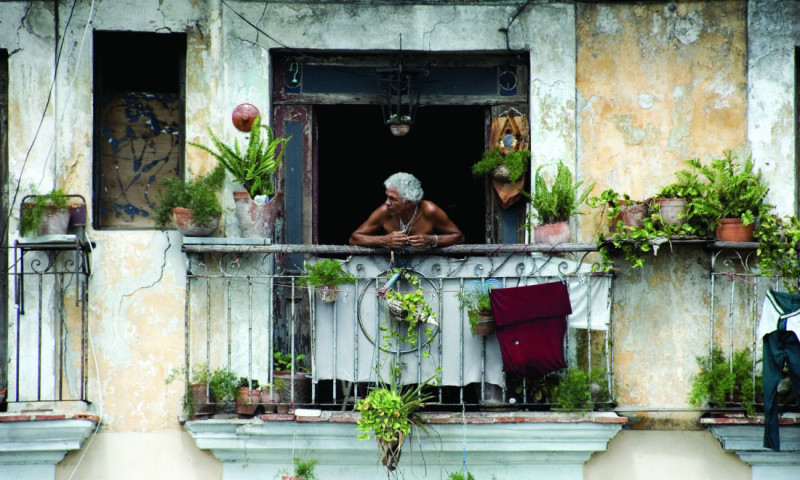 But life in Cuba isn’t easy. The average Cuban earns $17 a month. Due to strict government-enforced rations, people have to make do with very little, and access to the outside world is limited. Still, there’s a lot we can learn from the Cuban way of life. Rather than sealing themselves into oversized houses like we do in the west, Cubans live their lives out and about, chatting in the streets, playing chess in leafy plazas and arguing spiritedly about baseball, well, just about anywhere. They’re musical, sporty, laidback and full of cheek, and, ay chico, do they know how to dance.

While it’s hard to capture and channel that natural joie de vivre, we can always try, can’t we? Presenting our not-exactly-foolproof guide for living Cuban.

Most Cubans greet the Caribbean sun with a strong cup of joe, usually followed by toast, eggs and more coffee with milk (café con leche). Come lunchtime, dig into a hearty plate of Cuba’s culinary staple – rice and beans. If you’re on the run, grab a sandwich or some fried tamales.

For dinner, it’s probably more rice and beans, served with viandas (root vegetables) and plantain, or perhaps pork, chicken or fish. Many dishes are prepared in a traditional sofrito sauce (made using garlic, cumin, onion, peppers and bay leaves). Due to rations and import bans, many products aren’t available, so Cubans rely on locally grown food. A good excuse to start eating seasonably! 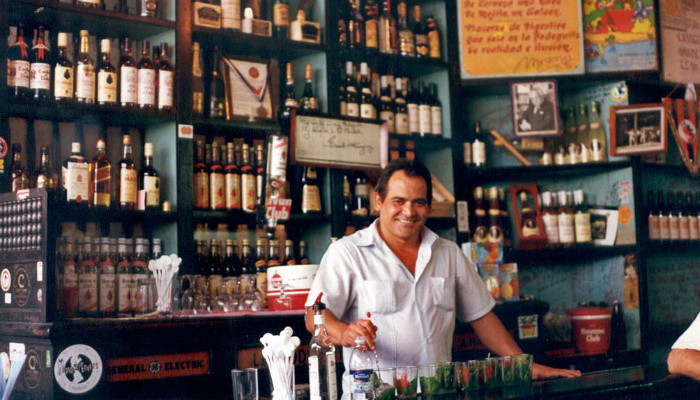 As you might have guessed, Cubans love their coffee. If you’re staying true to the Cuban way, you’ll take it sweet and strong. Refrescos, or canned soft drinks, are also popular. If you like the sound of Malta, a fizzy malt drink, you were probably Cuban in another life, because this stuff is truly an acquired taste.

If you’re not a fan of rum, however, the Cuban lifestyle may not be for you; rum runs thick in the island’s veins. The most beloved variety is Havana Club. According to tradition, when opening a bottle, you should pour the first few drops on the ground ‘for the saints’, and then toast with “salud, por que la belleza sobra,” meaning “to your health, since you are already so beautiful”. Shake white rum with sugar and mint, but drink the dark stuff neat.

Naturally, rum leads to singing, live music and dancing. Cuba is home to multiple Latin dance styles, including Son, Mambo, Rumba, Salsa and the Cha-Cha. Gentlemen, you will need to learn to lead, and ladies, to follow. While rhythm is important, feeling the music is even more so, and fun is the primary concern. There’s no such thing as having ‘two left feet’ in Cuba: everybody dances, so there’s no excuse not to join in. And be ready for anything, because Cubans know how to turn any space – beaches, street corners, living rooms – into a dance floor. 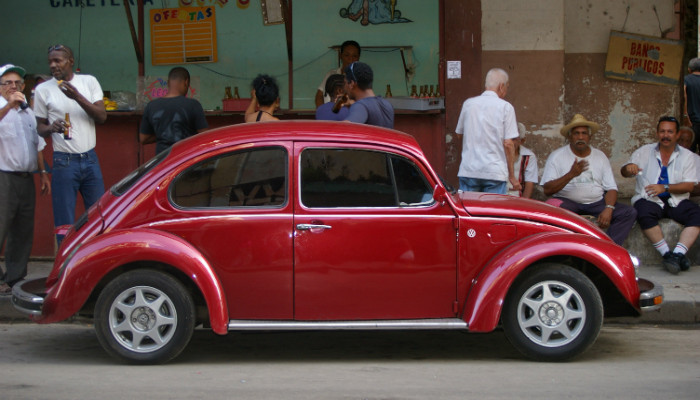 For los hombres (gentlemen), dress casually in a white, breezy shirt and jeans or trousers. The classic shirt is the ‘Guayabera’, or ‘Mexican Wedding Shirt’, which features two or four pockets for storing – you guessed it – cigars. Even if you don’t own a Guayabera, a button-down shirt (always worn over the pants) will do the trick.

For las mujeres (ladies), the style is less casual. Colourful and feminine, Cuban women tend to wear short skirts or tight jeans, heels, lycra tops and plenty of gold jewelry. Think the late 1980s, without the shoulder pads or self-inflicted perms. Comfortable and cool enough to get through the day; fun and sexy enough for the inevitable gravitation to the dance floor come nightfall.

While 99.8% of Cuba’s population is literate, books, newspapers, radio, television and films are heavily censored. Despite this, Cuban literature has a huge legacy in the Spanish-speaking world, and offers a fascinating look into the island’s history. A good place to start is Alejo Carpentier’s classic novel Explosion in a Cathedral, a beautiful account of the French Revolution in the Caribbean.

Three Trapped Tigers by Guillermo Cabrera Infante will transport you to the heady nightlife of 1950s Havana, while Cirilo Villaverde’s tragic love story Cecilia Valdéz will take you back even further to the era of Afro-Cuban slavery. If you enjoy poetry, have a look at the work of Cuba’s national poet, Nicholás Guillén; if you like crime fiction, it’s impossible to go past legendary Leonardo Paduro.

Each year, Cuba produces as many cigars for domestic consumption as it does for global distribution. These cigars are hand-rolled, without moulds, in regional factories around the island. You’ll want to practice your smoking technique, as they can be pretty strong (smoke should be drawn into your mouth, not your lungs). If, understandably, you’re not a fan, you don’t need a cigar to do as Cubans do and watch the world go by from a rocking chair on your front porch. 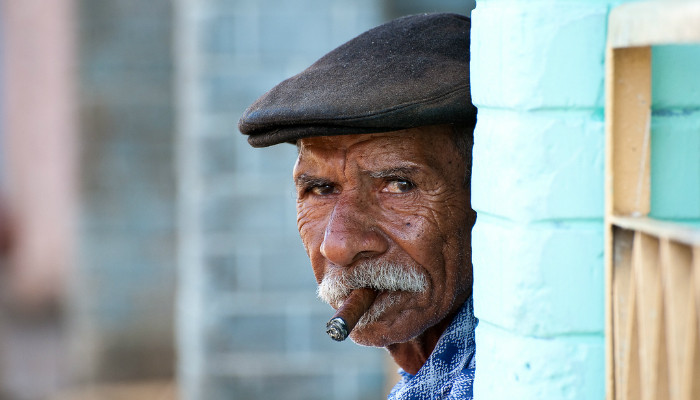 For a taste of real Cuban life, visit the island on a Peregrine small group trip.