How to tip in 10 countries around the world 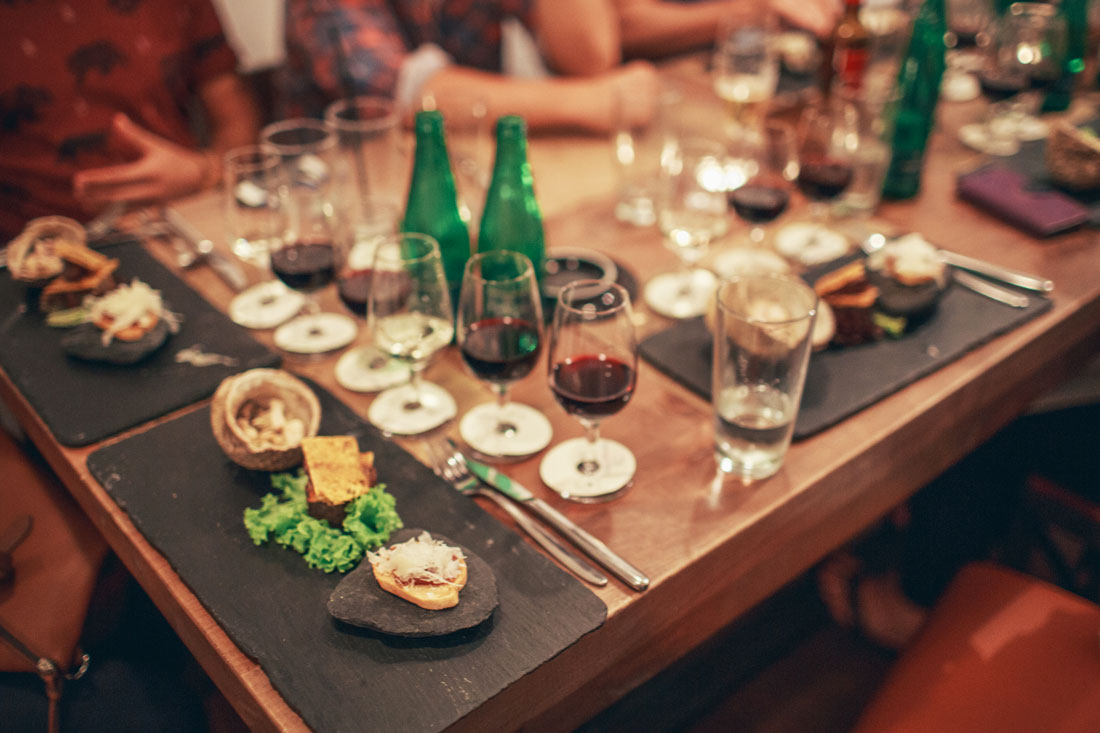 It’s a simple question that generates a lot of social angst. Particularly on the road. Should I tip? According to a Hotels.com survey, 91% of Australians don’t know how much to tip overseas.

A good rule of thumb is: at the end of the day, everyone loves free money. But, like all rules of thumb, there are some caveats. You probably don’t want to tip every stranger that gives you the time of day, and then there’s the question of the amount. Ten per cent? Fifteen? Twenty? That waiter scowled; should I have tipped more? What must they think of me?

To ease a few consciences, we’ve put together a rough global tipping guide. A little something to take the guess-work out of tipping on your travels.

One of the more obvious examples of tipping culture, at least in the West. Generally speaking, tipping in the States isn’t compulsory, but it is expected. Wait staff will (in extreme cases) chase you down the road if you forget to tip, so try and avoid that if you can… The going rate is usually between 15% and 20%, 25% if the service was really top notch. It’s expected in most service-based industries (hotel staff and waiters are the obvious candidates), partly because, in some states at least, a ‘tip credit’ is a formal part of an employee’s minimum wage. Most Americans won’t tip at a buffet, or a take-away like McDonalds, but a $1 or $2 tip for the waiter who clears your table wouldn’t go unappreciated.

One of the few countries where it can actually be considered an insult to tip. Generally, restaurants in the more touristy areas of Japan will be well-versed in foreign tipping (and will perhaps even have come to expect it), but as you move into rural areas, tipping can do more harm than good. The cultural norm is that the wait staff operate as a team. They’re in it together. And your satisfaction, return business and friendly referrals are all the gratuity they need. Paying them ‘too much’ money on the bill may cause staff to lose face, or feel uncomfortable. There are exceptions, of course: some upmarket hotel restaurants in Tokyo have begun including ‘service charges’ as part of the bill. 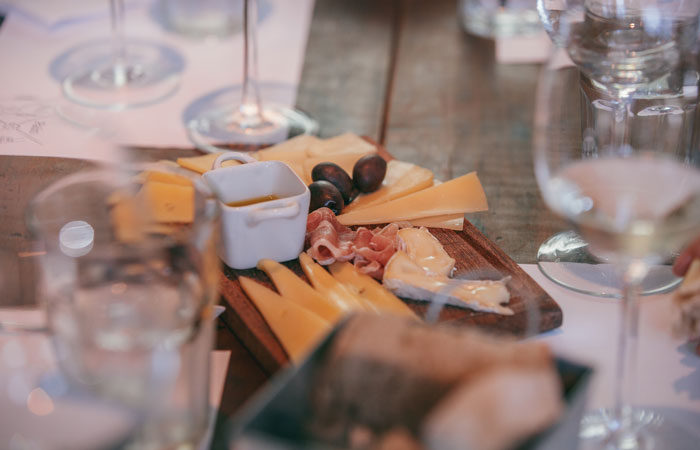 In Italy, your service charge is usually included on the bill. As far as tips go, it’s generally acceptable to ‘round up’ by a few Euro, depending on the restaurant. Anything more will certainly please the staff, but they probably won’t be expecting it. Keep an eye on your receipt too: some restaurants will include a small ‘Coperto’ charge for the tablecloths and silverware (except in Lazio, where it’s illegal). Tipping cab drivers

is unusual, but appreciated. Same goes for porters and concierge staff. One more thing: remember to hang on to your dinner recepts. Italian police are pretty strict when it comes to taxes, and you might be stopped to prove a venue really did charge your meal properly.

Morocco doesn’t come with a tipping rule of thumb. Locals will generally leave a few dirhams for the wait staff after their dinner, but it’s not necessarily expected. At the more upmarket, touristy locations, you might see a 10% tipping charge factored into the bill. This is pretty standard, but feel free to go above this if the service was extra friendly. In taxis, just round up the fare to the nearest 5 dirhams. It’s not compulsory to leave a hotel tip, but maids are often quite poorly paid: a hundred dirhams for a week’s stay will be greatly appreciated. When it comes to giving to beggars, it’s up to you. We tend to go with a friendly “Allah yasahel” (may God improve your situation) instead, but you will see locals throwing in a few dirhams. Giving alms is one of the five pillars of Islam.

Tourism is a way of life in India, and tipping culture for travellers, while not traditional, is expected. Here’s how it works. You don’t need to tip taxi drivers, but 50 rupees per bag is a fair amount for hotel and airport porters helping with the luggage. Airport transfers, maybe between 30-50 rupees. Tips in restaurants are usually around 5-10%, but feel free to go higher if the service was good. If you see ‘service tax’ on the bill, it’s important to remember this isn’t a gratuity for the staff. It’s a government-issued tax that has nothing to do with your waiter. (If it says ‘service charge’, this is probably an in-built tip – you shouldn’t feel obliged to tip over the top).

Like India, tourism has changed the nature of tipping in Vietnam. What once was a foreign concept is now pretty commonplace, although still not expected as such. The best rule of thumb? Tip when the service was good. Had a nice meal with a friendly waiter? Leave them 100,000VND on the table. If your taxi driver went out of his way to help you with your bags, round up your fare at the end. Some upscale restaurants and hotels have started including ‘service fees’ in the bill, so keep an eye out for those. Technically they’re an in-built tip, although it’s debateable to what extent the money reaches the staff. If in doubt, leave some cash for your waiter. You’ll get a big smile in return.

Like the US, Canada has a pretty strong tipping culture. 15-20% in restaurants is common (less for poor service, more for outstanding service). Mostly, gratuities aren’t built-in to your bill. The only exception is large groups or travellers from countries known not to tip – these people may attract an ‘auto-grat’ charge on their receipt. A quick way to calculate your tip? Multiply the 5% GST charge by three. Tipping in hotels is pretty common, especially for bell boys, porters and valet parking attendants (a few dollars will usually suffice in these situations). Some over-the-counter businesses have taken to putting tip jars out for travellers, but you shouldn’t feel obliged to use these. Canadians wouldn’t usually tip for counter service.

South Korea doesn’t really have a tipping culture. Taxi drivers, bellboys, restaurant waiters – no-one will be expecting you to tip. Having said that, it’s not necessarily considered rude to leave a gratuity. Taxi drivers in particular will love it if you tell them to keep the change from a fare (‘Jandon gajiseyo’ in Korean). Remember, most stores in South Korea will have a 10% VAT tax built into the price, and hotels will usually add another 10% service charge on top. You’re welcome to tip beyond that if the service was fantastic, but you won’t earn any frowns if you hold back.

Tips are known as bahşiş in Turkey, and they’re usually pretty modest. Taxi drivers will appreciate it if you round-up the fare, and 5-10% in restaurants is considered pretty fare. The influx of American tourists to Turkey in recent years has spread the tipping economy, and some of the more touristy restaurants will expect big tips, around 10-15%. It’s usually best to tip in cash (Turkish liras are great, but notes of any major currency will do in a pinch). Leaving a tip via credit card is usually not possible. At hotels, around 3-4 liras per bag is a reasonable rate, and housekeepers generally appreciate about 7 liras per day. In a Turkish hamam, the attendants will probably line up as you exit (ostensibly to ‘wish you well’) – a gratuity of 15% is generally accepted as a fair rate in these situations. 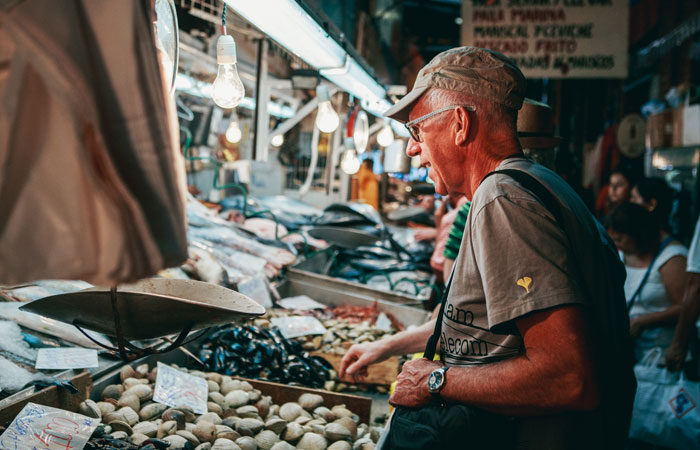 Tipping culture changes as you move through Peru, especially as you travel from the big cities into the countryside. In Lima, most restaurants will include a 10% gratuity in the bill, but it’s customary to chip in an extra 10% if the service was good. For smaller, independent cafes, a few soles on top of the bill will be appreciated. Most locals will leave whatever coins happen to be in their pockets at the time. There’s no ‘fixed rate’ really. Taxis don’t expect tips, but you should offer your porter $1 or $2 per bag. If you’re hiking the Inca Trail, it’s customary to tip your guides, as well as the team of supporting porters. The porters will generally share it amongst themselves. Sometimes the chef will accept a separate tip. Here’s a rough guide you can follow:

These days, as with most things, there are plenty of apps to help you navigate the world of tipping. We’d recommend GlobeTipping. It can calculate your tip in over 200 countries. Just plug in your bill and it’ll do the rest. Very handy for big groups sharing meals at restaurants. There’s also a currency converter if you’re struggling with the mental mathematics.

Our expert local leaders can help you untangle tipping etiquette. Explore the possibilities of our small group adventure tours.