Alain de Botton: we sit down with the world’s most famous travel philosopher 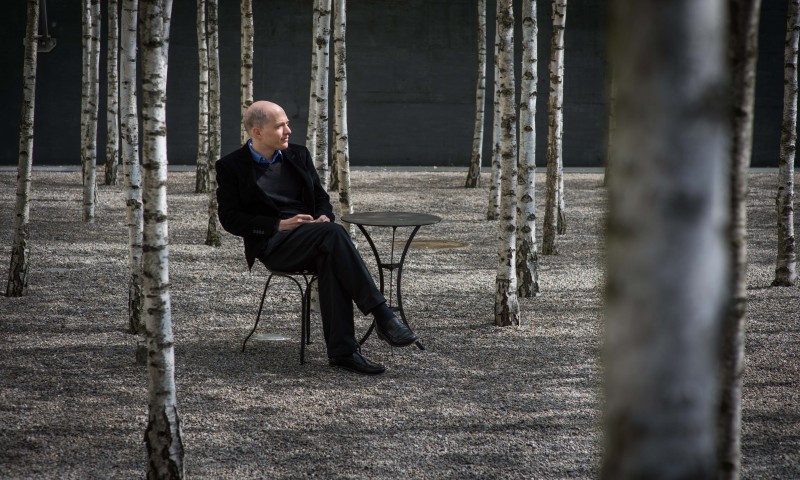 Alain de Botton is the man who made philosophy cool again. A modern day Proustian who has written about love and happiness, deconstructed some of the most famous thinkers of all time and founded a global institution, the School of Life, a centre dedicated to “developing emotional intelligence”.

Alain is a cultural phenomenon. And we’re lucky that in 2002, he turned his considerable faculties to a subject very dear to our hearts: travel. 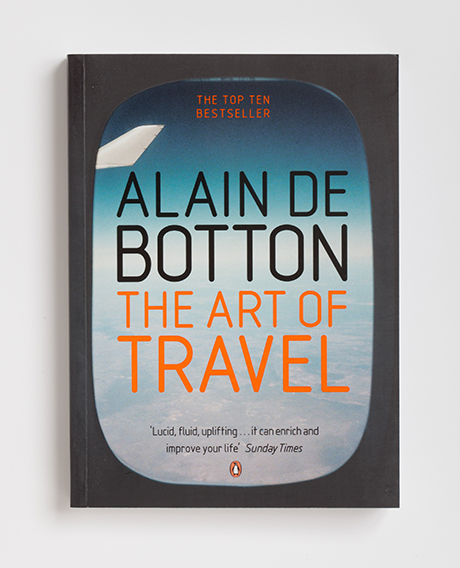 The Art of Travel was published to general acclaim, and it’s essential reading for travellers everywhere. In it, Alain tries to pinpoint exactly why we travel, and exactly why sometimes those adventures leave us feeling unfulfilled and restless.

We sat down with Alain and asked him about the book, about travel, and about how we can learn to do it better.

What’s the point of this book?

For most of us, when we think of how to be happy, we think of one (or all of) three things: falling in love, finding satisfaction at work and going travelling. Travelling can form some of our greatest fantasies: we lie in bed reading a travel supplement, looking at pictures of faraway places (London/Honolulu/Paris/Naples/Sydney/Bali) and think, ‘Here I could be happy!’

But the reality of travel seldom matches our daydreams. The tragi-comic disappointments are well-known: the disorientation, the mid-afternoon despair, the lethargy before ancient ruins. And yet the reasons behind such disappointments are rarely explored. We are inundated with advice on where to travel to; we hear little of why we should go and how we could be more fulfilled doing so.

The Art of Travel is an attempt to tackle the curious business of travelling – why do we do it? What are we trying to get out of it? In a series of essays, I write about airports, landscapes, museums, holiday romances, photographs, exotic carpets and the contents of hotel mini-bars. I mix my own thoughts about travel with those of some great figures of the past: Edward Hopper, Baudelaire, Wordsworth, Van Gogh and Ruskin among them. The result is a work which, unlike existing guidebooks on travel, actually asks what the point of travel might be – and modestly suggests how we could learn to be happier on our journeys.

Why do our travels sometimes go awry?

Well, one of them stems from the perplexing fact that when we look at pictures of places we want to go and see (and imagine how happy we would be if only we were there), we are prone to forget one crucial thing: that we will have to take ourselves along with us. That is, we won’t just be in India/South Africa/Australia/Prague/Peru in a direct, unmediated way, we’ll be there with ourselves, still imprisoned in our own bodies and minds – with all the problems this entails.

But the reality of travel seldom matches our daydreams. We are inundated with advice on where to travel to; we hear little of why we should go and how we could be more fulfilled doing so.

I remember a trip to Barbados a few years ago. I looked forward to it for months, I  anticipated a beautiful hotel on the shores of a sandy beach (as pictured in a glossy brochure called ‘Winter Sun’). But on my first morning on the island, I realised something at once obvious and surprising; that I had brought my body with me and that, because of a fateful arrangement in the human constitution, my interaction with the island was critically to depend on its co-operation. The body proved a temperamental partner. Asked to sit on a deckchair so that the mind could savour the beach, the trees and the sun, it collapsed into difficulties; the ears complained of an enervating wind, the skin of stickiness and the toes of sand lodged between them. After ten minutes, the entire machine threatened to faint. Unfortunately, I had brought something else that risked clouding my appreciation of my surroundings; my entire mind – not only the aesthetic lobe (that had planned the journey and agreed to pay for it), but also the part committed to anxiety, boredom, melancholy, self-disgust and financial alarm. 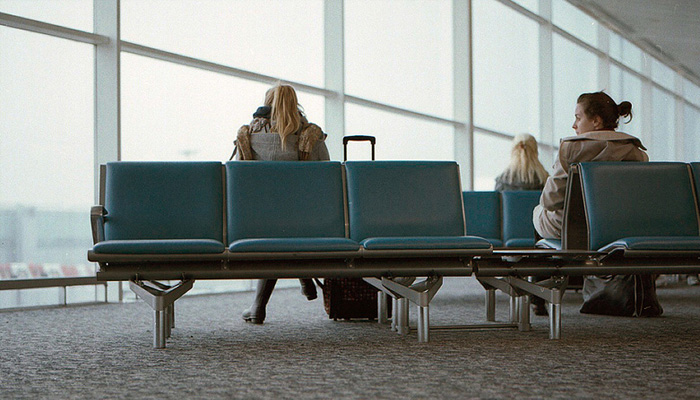 What do you see as the fundamental problems with most travel?

Another great problem of vacations is that they rob us of one of the important comforts of daily life: the expectation that things won’t be perfect. In daily life, we are not supposed to be happy, we are allowed – even encouraged – to be generally dissatisfied and sad. But vacations give us no such grace. They are one time when it seems that we have failed if we cannot be happy. We are therefore prone to be not only miserable on our travels – but miserable about the fact that we are miserable.

We are sad at home and blame the weather and the ugliness of the buildings, but on holiday in a nice place we learn that the state of the skies and the appearance of our dwellings can never on their own underwrite our joy nor condemn us to misery.

I remember a trip to a hotel in France with my girlfriend. The setting was sublime, the room flawless – and yet we managed to have a row which, for all the good the room and setting did us, meant that we might as well have stayed at home. Our row (it started with who had forgotten the key in the room and extended to cover the whole of our relationship) was a reminder of the rigid, unforgiving logic to which human moods seem subject – and which we ignore at our peril when we encounter a picture of a beautiful country or hotel and imagine that happiness must naturally accompany such magnificence. Our capacity to draw happiness from aesthetic or material goods seems critically dependent on first satisfying a more important range of emotional or psychological needs, among them the need for understanding, for love, expression and respect. We will not enjoy – we are not able to enjoy – sumptuous gardens and attractive bedrooms with en suite bathrooms when a relationship to which we are committed abruptly reveals itself to be suffused with incompatibility and resentments. 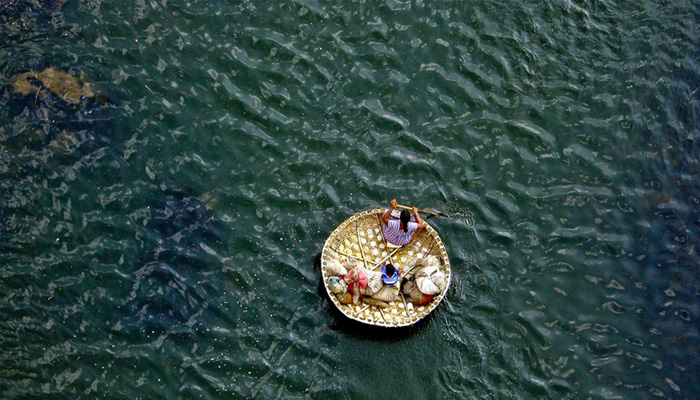 If we are surprised by the power of, for example, a single sulk to destroy the beneficial effects of an entire hotel, it is because we misunderstand what holds up our moods. We are sad at home and blame the weather and the ugliness of the buildings, but on holiday in a nice place we learn that the state of the skies and the appearance of our dwellings can never on their own underwrite our joy nor condemn us to misery.

There is a tragi-comic contrast between the vast projects that human beings set in motion, like the construction of beautiful hotels and the dredging of bays, and the basic psychological knots that undermine them. How quickly the advantages of civilisation are wiped out by a tantrum. The intractability of these knots points to the austere, wry wisdom of certain ancient philosophers, who walked away from the finer aspects of civilisation and argued, from within a barrel or mud hut, that the key ingredients of happiness could not be material or aesthetic, but were always stubbornly psychological. 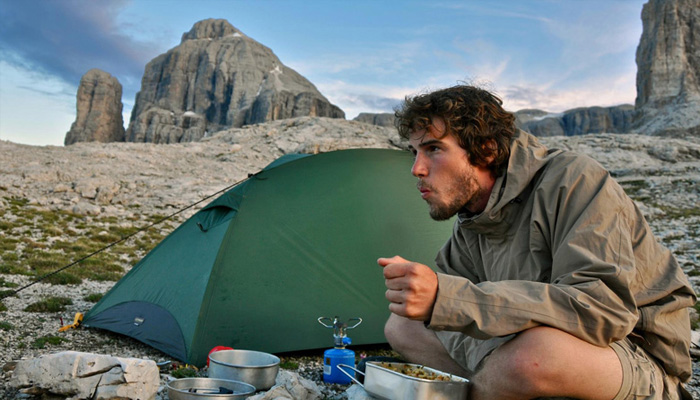 Your book includes references to ancient and modern philosophers, writers and thinkers. Did you find any wisdom there about how to be happier on our travels?

One insight is that it may be useful to accept that the anticipation of travel is perhaps the best part about it. Our vacations are never as satisfying as they are when they exist in an as-yet unrealised form; in the shape of an airline ticket and a brochure. In the great 19th century novel, Against Nature, by the French writer J.K.Huysmans, the narrator goes on a few holidays which go wrong and then decides never to leave home again. He remains in his study and surrounds himself with a series of objects which facilitate the finest aspect of travel, its anticipation. He reads travel magazines, he has coloured prints hung on the walls, like those in travel agents’ windows, showing foreign cities and museums. He has the itineraries of the major shipping companies framed and lines his bedroom with them. He fills an aquarium with seaweed, buys a sail, some rigging and a pot of tar and, with their help, is able to experience the most pleasant sides of a long sea-voyage without any of its inconveniences.

I’ve continued to travel in spite of all these caveats. And yet there are times when I too feel there might be no finer journeys than those provoked in the imagination by remaining at home, flipping through the pages of the United or Delta worldwide flight timetable.