Five wonders of Israel outside Jerusalem 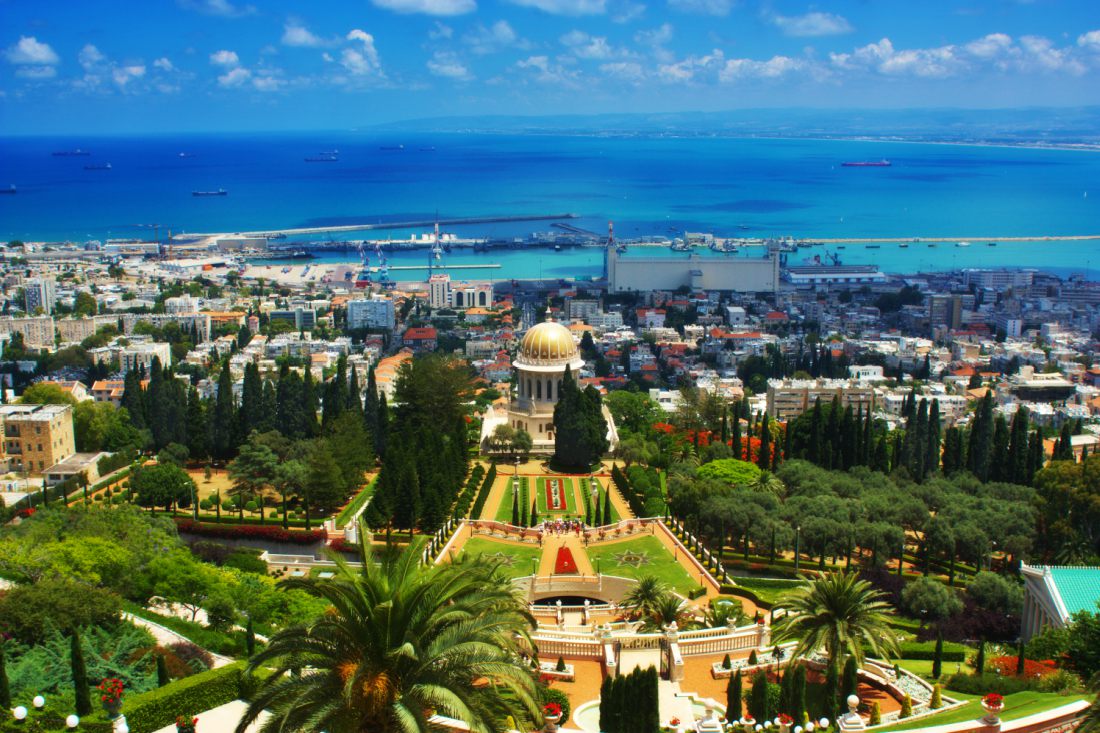 Israel is a tiny country, which means it’s possible to pack in a LOT of history, culture and amazing food. Here are a few world-class experiences you have to enjoy. 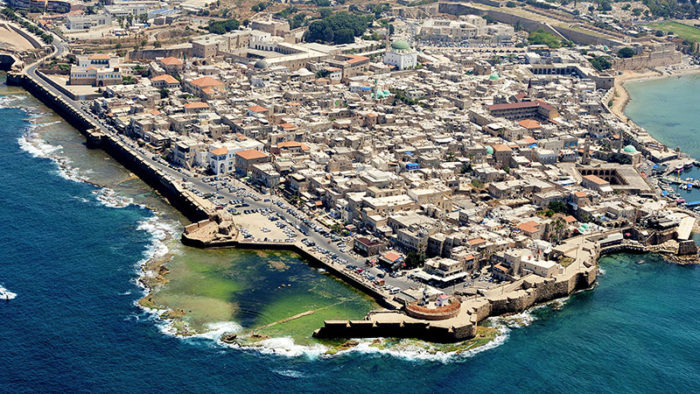 There’s a genuine old world Arab atmosphere to this fortified city in northern Israel, known as Akko in Hebrew. One of the world’s oldest cities, it has been continuously occupied for around 4,000 years. Stroll around the narrow streets of the old town and take in the Crusader citadel with its tunnels and ruined harbour and the ancient Ottoman baths. When you’re finished, make sure you dine at Uri Buri, a haute-cuisine fish restaurant run by local character Uri Jeremias.

These spectacular hanging gardens (pictured top) stretching 1km up the northern slope of Mount Carmel have been recognised as a UNESCO World Heritage site. 19 landscaped terraces lead up to the golden-domed Shrine of the Bab, the final resting place of a central figure of the Baha’i faith, the gardens afford panoramic views of Haifa, the Galilee Hills and across the bay to Acre.

A geological wonder formed by the action of waves on the soft chalk cliffs over millennia, Rosh Hanikra Grottoes sit on the border between Israel and Lebanon. The vivid colours caused by light reflecting the blue and green of the Mediterranean Sea on the cave walls make this a truly special spot. Most people take the ‘world’s steepest cable car’ down from the cliff top to the grottoes, but you can skip the crowds by walking down through the tunnel under your own steam or even hire kayaks to access the caves from the sea.

This tiny village has a population of around 600 – and is home to at least 33 art galleries and studios. Ein Hod was established as an artists’ colony in 1953 by the Dadaist Marcel Janco on the ruins of an Arab village destroyed in the Israeli war of independence. Today, the village is surrounded by olive groves and dotted with sculptures. For dinner, go to Dona Rosa, the best Argentinian steak house outside of Argentina. 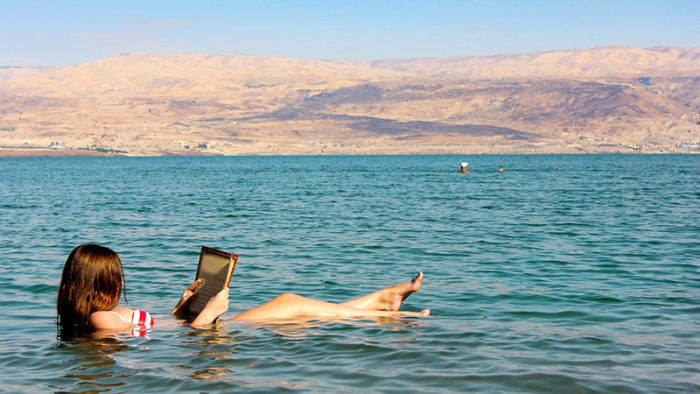 Woman floating in the Dead Sea

No trip to Israel would be complete without a dip in the Dead Sea, and no article about the Dead Sea would be complete without a picture of somebody floating in it reading a magazine. The shores of this salty lake are currently 420m below sea level – the lowest lying land in the world. Swimming is optional – the waters are famously so salty that the human body floats easily. And there are said to be health benefits in the waters and mud for people with the skin disease psoriasis. Sadly, the Dead Sea is threatened with decreasing water levels. Damming of the River Jordan and other waterways by Israel, Jordan and Syria is mainly to blame. Hopefully the economic value of the area from tourism will persuade the various interested countries to agree on a rescue plan.

Our Jordan and Israel Explorer trip includes visits to Acre, the Baha’i Gardens and the Dead Sea >

Tim is the managing editor of Intrepid blogs. He's lived on three islands, in ascending size order: Tristan da Cunha, the UK and Australia. He will travel anywhere as long as there is a charismatic animal, a volcano or a beach, which means Galapagos is his ultimate ambition.