Embracing contradiction: Why we should all follow Japan’s lead

I travelled through Japan last year as the cherry blossoms were emerging, frosting the cities in bursts of sugar pink.

Tokyo, Nikko, Kyoto and Osaka – I’d been on the road for over a week, and couldn’t shake a certain feeling, a weird alchemy of alienation, belonging and excitement that bubbled beneath the surface of the whole trip.

It wasn’t until the last night, singing bad karaoke in a sticky Dotonbori bar, that I realised what it was: no other country I’d travelled to had felt more strange and yet more familiar at the same time. The Harajuku punks with their anime makeup and bubblegum hair, the hot coffee vending machines, old men reading pornography on shinkansen trains, Shinto shrines, breakfasts of steaming miso and the impenetrable language barrier – weirdly, it all felt like home. 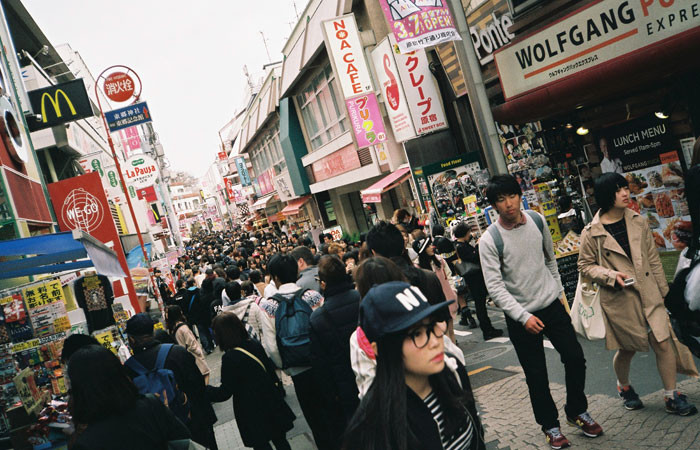 Clichés exist because there’s a nugget of truth at the centre of each one. So when people say ‘Japan is a land of contradictions’, they’re not just being glib. They’re onto something.

This is a country where young women still walk the streets in traditional kimono, a parasol in one hand and a Hello Kitty iPhone 6 in the other. Where businessmen conduct meetings like religious rituals, then spend all night drinking sake and throwing up on the streets of Shinjuku. The Japanese are ultra-modern traditionalists, a quiet people who thrive on noise.

READ MORE: AN ADVENTURE WITH THROUGH JAPAN WITH MY MOTHER

And this isn’t a recent phenomenon either. Japan has always been at odds with itself. It was once an empire built on martial violence, that celebrated the samurai and the Shoguns, but it also gave us Ikebana flower arrangements and haiku poetry. Japan’s whaling policy is lamentable, but they’ve had environmental initiatives in place since the late 80s, and even hosted the Kyoto Protocol in 1997. 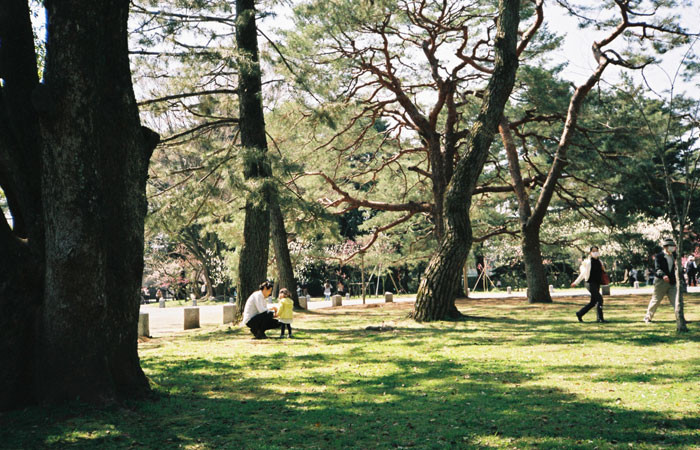 The thing is, whatever Japan is doing…it’s working. People there live longer (it’s actually ranked number one in the world for life expectancy, with an average of 84), and until the introduction of western food in the 90s, incidents of diabetes, heart disease and some cancers were almost unheard of. Despite a population of 127 million, it’s got one of the lowest crime rates going around (its low murder rate is only bettered by tiny Monaco and Palau).

They’re kicking goals in innovation too: Japan has the most Nobel Prize winners in Asia and is one of the world leaders in tech research and development. Tokyo has more Michelin-starred restaurants than New York and Paris combined. They’ve even taken out the world’s biggest whisky award, for God’s sake.

So what is it about Japan’s schizophrenic personality that produces such good results? And why isn’t the West catching on?

The philosopher Pico Iyer, who lived in Nara for years, says that there are fundamental differences of temperament and culture that sets Japan apart.

The tranquility of traditional Japan. Image by aruru via Shutterstock.

‘Appearances are even more deceiving in Japan than elsewhere, and the biggest ‘contradiction’ of all is the one that separates surface from depth. If you go into a McDonald’s in Kyoto, and see the kids dressed all in surfer shorts and Chicago Bulls T-shirts, watching a baseball game on TV, you may begin to tell yourself that Japan is ‘Americanised.’ But the baseball players smile when they strike out (as seldom happens in America). The McDonald’s salesgirls offer you Moon-Viewing Burgers and ‘Corn Potage Soup,’ and pear sorbets (and cup your hand when they return your change). And the girls in the Chicago Bulls T-shirts still eat with a delicacy and demureness you’d never find in Chicago.’

This is Japan’s secret. It takes in the world’s various external parts – immigrants from the Philippines and Brazil, food from America, music from the Caribbean, café culture from Australia – and produces with them something essentially, fundamentally, Japanese. All the more amazing when you consider Japan invented Sakoku: a national policy of isolation so strict that no-one could enter or leave the country on pain of death for over 200 years. Now, no other country does cultural absorption better.

What all this means is that Japan is really good at accommodating multiple versions within itself. Its teens can spend all day playing slots in crazy pachinko parlours, then return home and embrace the Shinto virtues of stillness and deference. Couples here might not kiss in public, but they’ll happily read pornography on trains and celebrate an annual penis festival. And when you travel there you realise: these aren’t contradictions. They’re all Japan, all at the same time. That’s what makes the country so incomparably strange, and yet weirdly familiar: we’re all like Japan, deep down. A bit weird, a bit incongruous.

The difference is, they’re proud of it.