Break out the eggnog: we’ve got Europe’s best Christmas markets 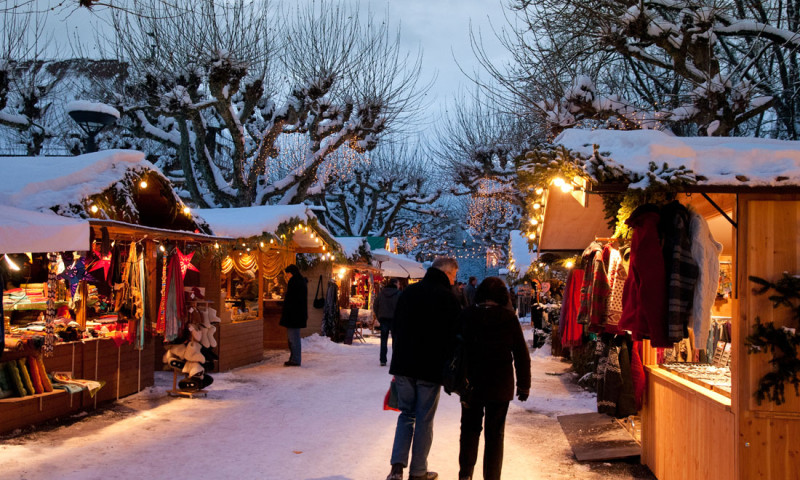 European Christmas markets are basically the distillation of the essence of Christmas, as fundamental to its spirit as eggnog and the smell of pine.

If you could shoot two glitter-covered baubles through the Large Hadron Collider at CERN and watch them impact, the resulting implosion would probably look something like the gingerbread stalls of Aachen, or the fairy lights of Talinn’s market under snow. Even iPhone toting kids are caught in the spell, wandering wide-eyed between displays of hand-painted wooden soldiers and vintage merry-go-rounds. But which ones are our favourites? Here are eight Christmas markets guaranteed to cure your inner Grinch. 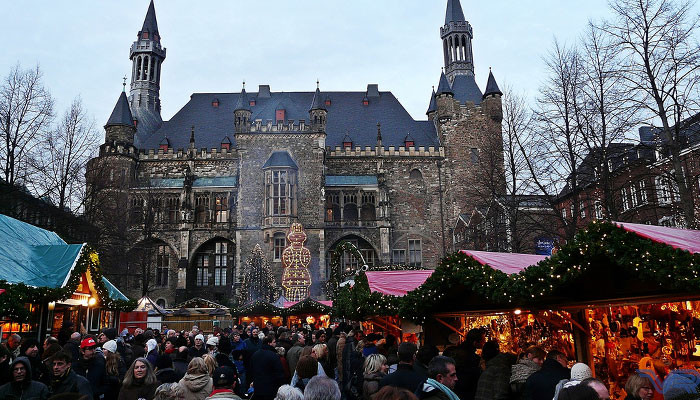 Aachen’s a great place to visit any time (it was once the residence of Charlemagne and a coronation place for early German kings), but every Christmas, between about 20th November to 23rd December, the streets around the town Cathedral are transformed. It’s one of the most famous Christmas markets in Europe, with about 1.5 million people travelling from Belgium, France and the Netherlands each year to sample Aachen’s fresh ‘Domino stones’ gingerbread, ‘Spekulatius’ and marzipan. 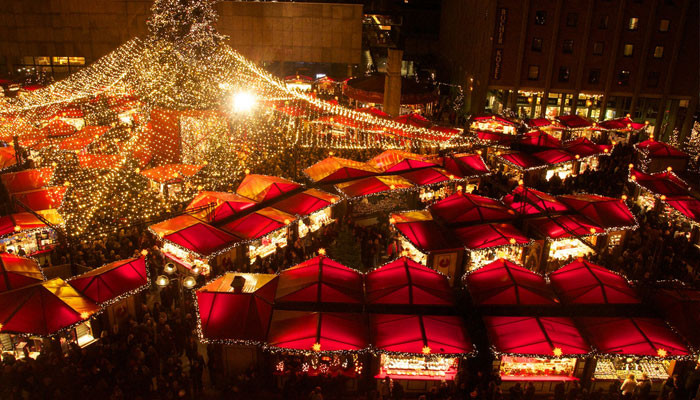 The Rhine’s most famous market, Cologne is a sugar-frosted Christmas magnet that draws millions of travellers to its cinnamon-dusted streets. Like a few of the other big cities on this list, Cologne has several Christmas markets to choose from. For candles, tree decorations and intricate lacework, head to the Old Town’s Alter Markt and Cathedral Market. If you want the real Christmas deal – St Nick’s fairy tale village – head to Rudolfplatz. It’s here you’ll find the famous Dresden Stollen cake (spiced bread filled with fruit and dusted with icing sugar). 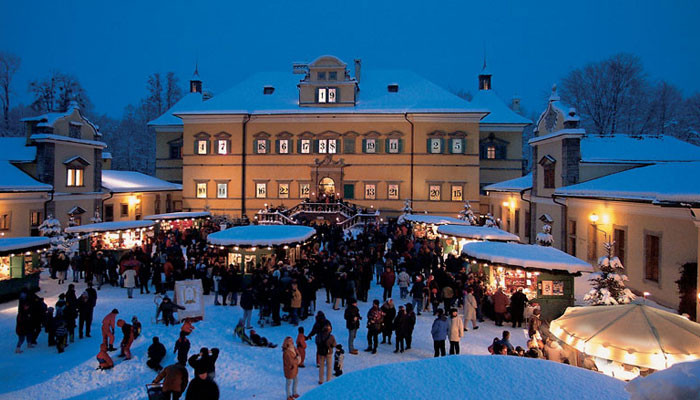 Come late November, the hills are alive with the sound of Christmas in Salzburg. If you’re after a properly romantic Christmas market, this one is hard to beat. Sitting beneath the gaze of Hohensalzburg Castle and in front of the Cathedral, it’s pure fairy tale stuff, which is what you expect from Mozart’s hometown. There are over 90 events during the market season too, so along with baked apples and cotton candy, you get Perchten processions, traditional folk dance performances and an exhibition of Christmas mangers. 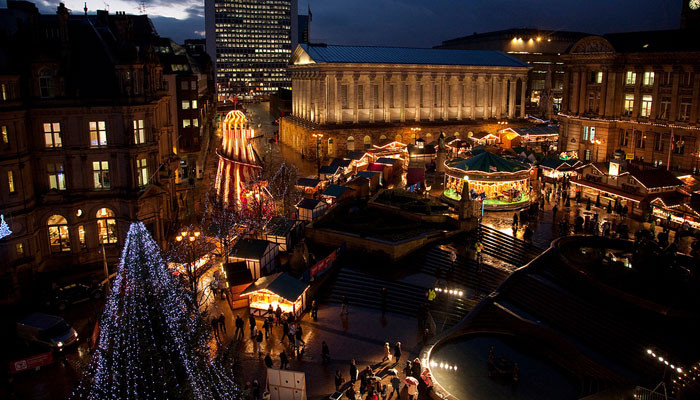 This is good Christmas market trivia: if anyone asks you where the biggest German Christmas market outside Continental Europe is, you can nod smugly and say ‘Birmingham’. Growing from just 24 stalls in 2001 to 180 in 2014, the Birmingham Frankfurt Christmas Market now attracts over 5 million people a year. Head to New Street, Victoria Square and Centenary Square to check out the festivities. There’s handmade jewellery, carved wooden toys, beer, baked pretzels and an entire Christmas Craft market.

For the Christmas market connoisseur, Dresden is the place to be. The city practically erupts over December, with 11 distinct markets breaking out across town, including the Strieslemarkt, one of the oldest Christmas markets in Europe (it goes all the way back to 1421). It’s fair to say that you won’t run dry of Christmas cheer in Dresden, but if you get tired of Stollen cake and gingerbread, there are arts and crafts at the prune chimney sweep’s cottage, an open-air concert in Dresden Stadium, bejeweled boats sailing along the Elbe and vespers outside the Frauenkirche on the 23rd . 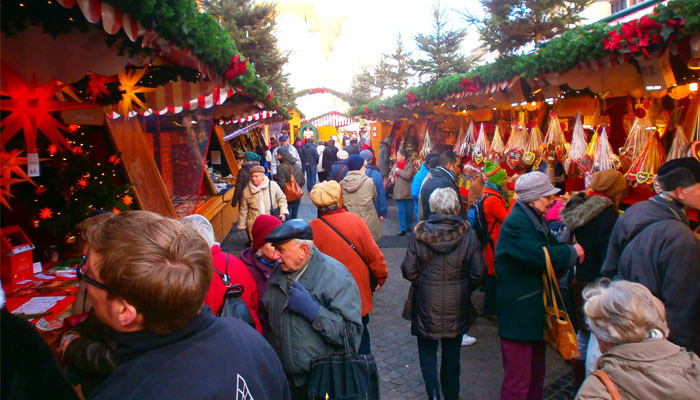 You know Christmas has come to Leipzig when the 20-metre Saxon spruce Christmas tree is erected over the cobbles of Marktplatz. It’s the epicenter of one of Europe’s oldest and biggest Christmas markets, dating all the way back to 1458. Start your night with a Ferris Wheel ride over the city, explore the popular Finnish Village in Augustusplatz, then head to market square to check out the 250 glittering stalls. Leipzig really stands out as a Christmas market for children: there’s a Fairy Tale Forest on Thomaswiese (the meadow in front of St Thomas) and kids can meet Santa on the platform in Market Square. 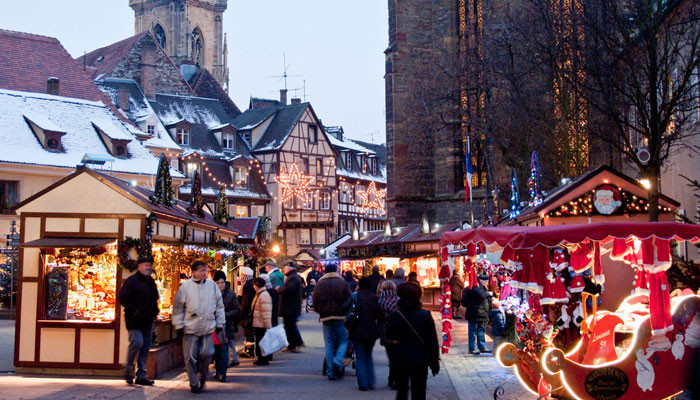 Colmar goes all out when it comes to Christmas markets. It doesn’t just host one of them, but five. Each is clustered in market squares throughout the half-timbered labyrinth of the city’s Old Town. Follow the fairy lights and open-air music and you’ll stumble upon gatherings of craftsmen from Alsace, spruiking a variety of Christmas wares. The festivities run for six weeks, and Colmar runs several activities during the market season: wine tastings, children’s animations, toy exhibitions and public shows and concerts. 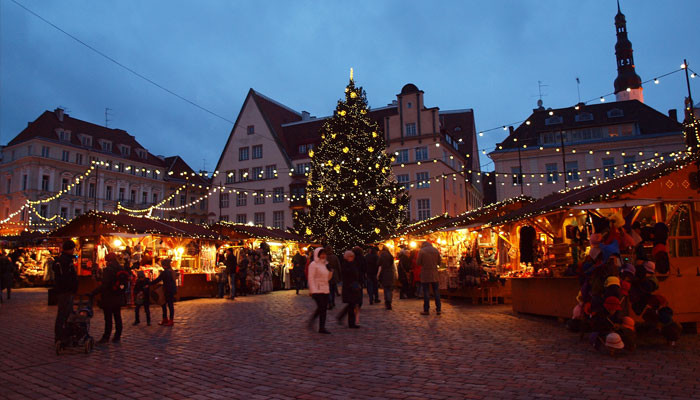 Tallinn is the home of Estonia’s most famous Christmas tree and, in fact, the original Christmas tree. It was erected in the Town Hall Square in 1441, where unmarried merchants would dance around it, and then set it alight. These days, Tallinn is a little less flammable. It’s Medieval Old Town is the perfect setting for Christmas, and you’ll find some fantastic local crafts from the stalls around the base of the tree. It’s also got fewer crowds than the French and German favourites, so if you’re looking for something a little quieter and off-beat, give Tallinn a try.