A Sherpa’s story: what it was like to survive the earthquake on Everest 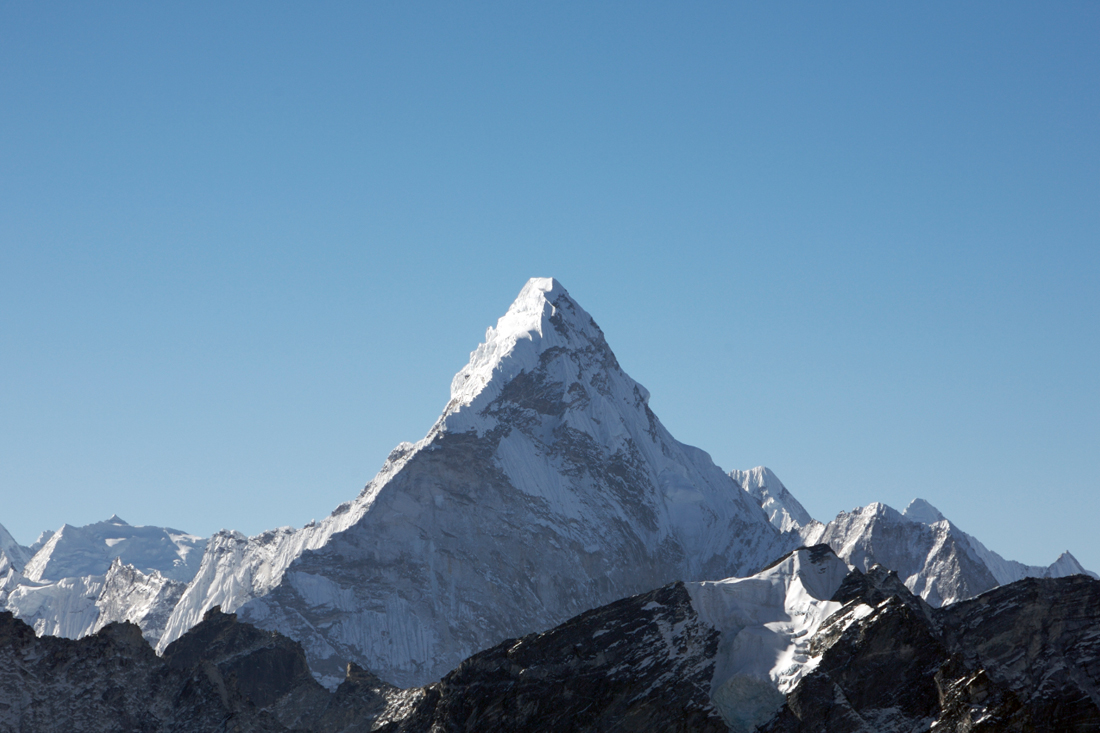 On the day the quake hit Everest, our team had just trekked back to Basecamp from Camp II further up the mountain. We were having a late breakfast in one of the tents, planning our move back up the slope the next day. It was a normal morning. Like any other on the mountain.

Suddenly, around noon, the ground started shaking. I couldn’t believe it was an earthquake at Basecamp. It had never happened to me before in my career. Fog had rolled in across the valley and the visibility was poor. As soon as the ground stopped shaking for a second I went outside the tent and saw a huge avalanche surging towards Basecamp, rolling away from Mt. Pumori (a 7161m peak opposite Everest). I thought it was the end of the world. I thought nobody at Basecamp would survive. The only option was to run inside the dining tent again and get down. If that didn’t work, we were all dead. 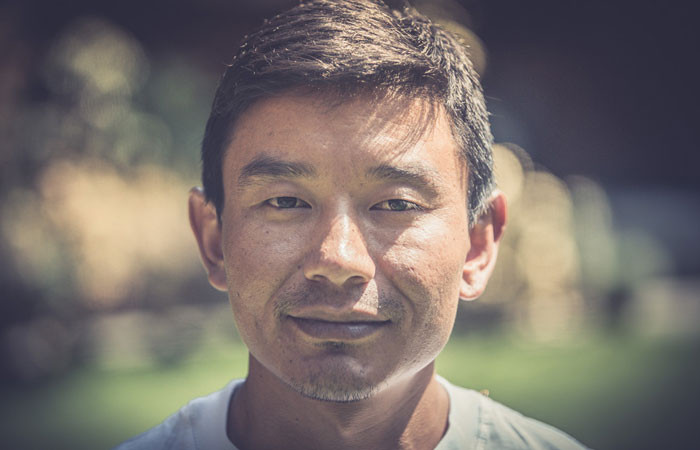 After a couple of minutes the roaring and the tremors stopped. I looked around. I was still alive and physically unhurt. I heard lots of people shouting in a terrified voices, “Oh my God” “Oh my God” outside, right next to our camp. I felt like I was still dreaming.

Suddenly I heard a voice, “Dawa! Are you Okay? People need help!” It was our group leader Willie Benegas who had just arrived at Basecamp that morning. We ran towards the area buried by the avalanche. We saw lots of people crying with blood on the face. Some were half buried in the snow, some had fainted, some were struggling to live. The scene was like something from a horror movie.

Usually the first stop for any rescue operation on Everest is the Himalayan Rescue Association (HRA) camp, but the HRA camp was half-destroyed and the doctors were very terrified and confused. There was almost nobody to take the lead for the rescue operation. After 10 minutes or so, three leaders emerged: Mark Tucker, a guide form RMI Expeditions, Willie Benegas from Benegas Brothers Expedition and Paul from Irish7summit Expeditions. Under their leadership we got lots of rescuers together, including other expedition guides and Sherpas like me. We started pulling the victims out and bringing them to the HRA camps. We could have saved more lives if helicopter evacuation was possible, if means communications were not broken and if nothing happened to the HRA camp. Unfortunately, we still lost many people.

After working all day to save people, we came to realise that it was not only Everest Base Camp but the whole country that had been hit. The earthquake killed many people and made lots of people homeless. Many of children lost their parents too.

What was the aftermath like for you and your family? 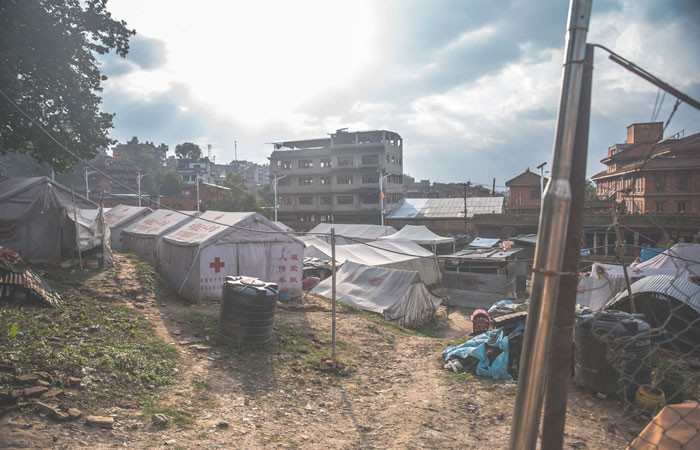 A week after the earthquake I flew to Kathmandu. When I got there I felt like I was still somewhere in Basecamp, seeing all the people living in tented camps rather in homes. People were terrified, hoping another big aftershock would not occur again. Nothing happened to my house apart from few cracks, but my family wouldn’t allow me to stay at home. I camped n tents again, just like on the mountain. Every day small aftershocks occurred in the night and day time. I could hear people shouting and calling to their family members, making sure they were in a safe place.

Was the government helpful?

The Nepal government tried its level best to help and manage the situation. However, with limited resources it was really challenging for the government to cope. As there was huge damage in the Gorkha and Barpak region, the government’s attention was drawn on that part. That’s why the government has been supporting the victims on a priority basis.

What’s the situation on Everest now?

The years 2014 and 2015 have been unforgettable in the history of Everest climbing. The challenge now is more for Sherpas to protect their future jobs, rather than just earning a living. Most of the Sherpa guides from wealthy families are getting pressure from their family to quite climbing jobs. But the Sherpas this year, including me, are very positive and excited to take the challenge up again and to return to the mountain.

From the source, I know that there are 29 Expedition groups including 255 foreign climbers who have been granted climbing permits by the Nepal Tourism Board for this year.

How long did it take before life got back to normal?

The government of Nepal deployed all available resources to handle the situation. The volunteers from India, USA, Japan and other countries came to help the victims as well. Immediately after the quake there was massive supply of basic needs like food and shelter, and slowly the government has been providing other requirements as well. 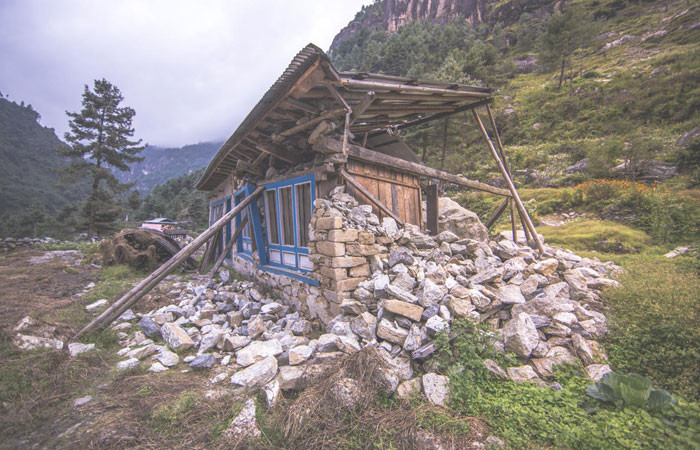 It’s a huge challenge to return to where we were before the quake, however there has been significant amount of support to the people still suffering the effects. I’d say the country has recovered 60-70% now. All the basics for life are returning into existence. However, there’s still lots that needs to be done to return everything back to normal. It may take another year still.

Do you think tourism has recovered?

These days we see lots of tourist trekking to Everest Basecamp and hanging around in Thamel in Kathmandu, which is a good sign of recovery, but it’s still not as it was in previous years. Most of the tourists visiting this time are travellers who have visited Nepal in the past. The people that love Nepal and the Nepali people. Who want to support the economy of the country.

Intrepid will be donating all profits from this season’s Nepal trips to relief efforts on the ground. So if you want to know how to help, the answer’s simple: Visit.

Dawa Sherpa is one of Nepal's premier mountain guides and has been climbing peaks since he was 16. He's successfully summited Everest four times over the years, leading many prestigious international expeditions up and down the mountain safely. By day, he's Intrepid Travel's Operations Manager for Nepal.