Wilder than ever: returning to the Galapagos Islands 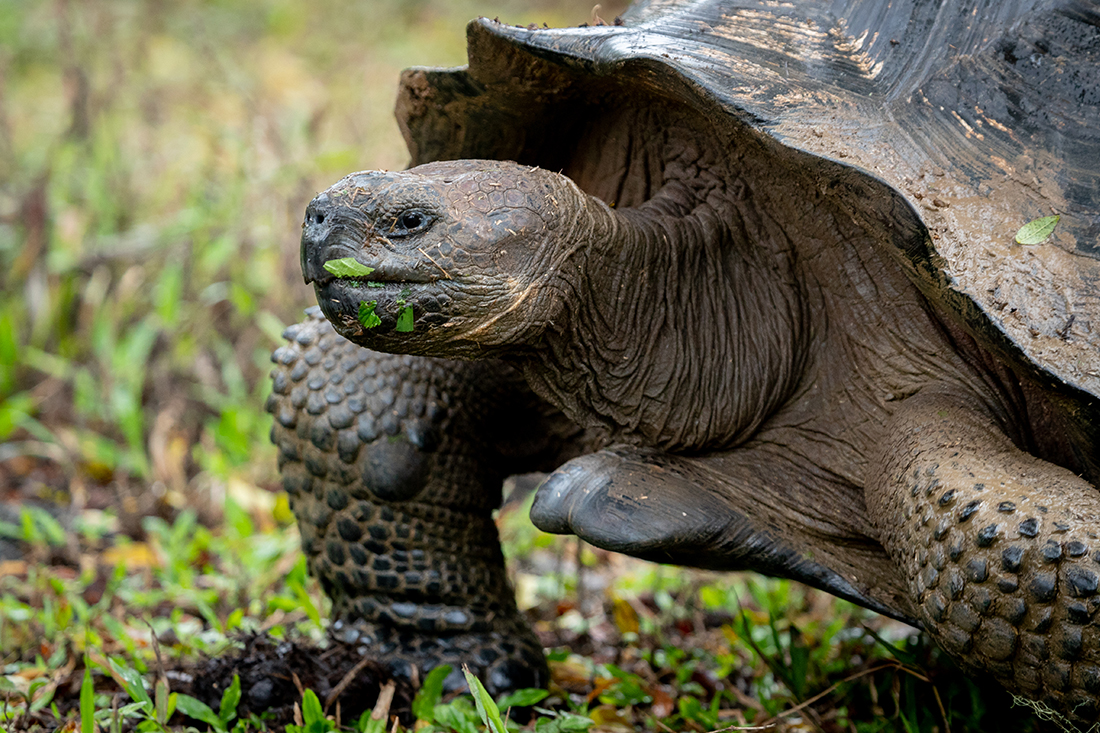 Situated 1,000 kilometres off the coast of Ecuador, the Galapagos isn’t somewhere you get to visit every day. Blissfully remote and utterly unique, it’s one of those ‘places to see before you die,’ a real once-in-a-lifetime destination.

But life is long, and Peregrine traveller and science lab executive David Manning is among those lucky enough to visit the Galapagos Islands a second time. Having recently returned from Galapagos Encounter (the maiden voyage of the Grand Queen Beatriz, in fact), he’s able to reflect on the remarkable conservation achieved in the Galapagos since his last visit 20 years ago. 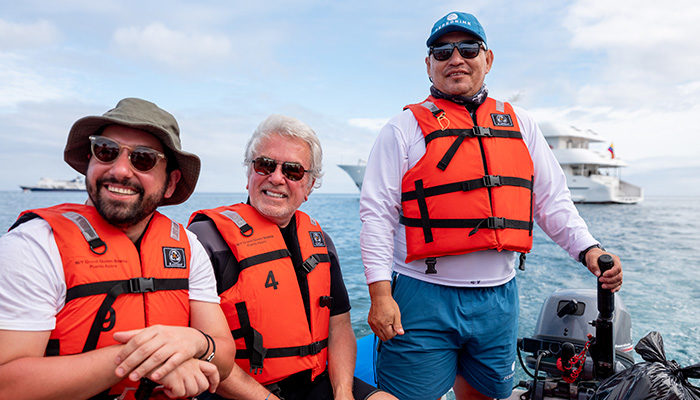 Off to explore on shore. Image by Betty Wants In

So you started out as a lawyer, and ended up in the science world. And love to travel.

READ MORE: THE PERKS OF HAVING AN ONBOARD NATURALIST IN THE GALAPAGOS ISLANDS

What attracted you to the Galapagos the first time you came, what, 20 years ago? 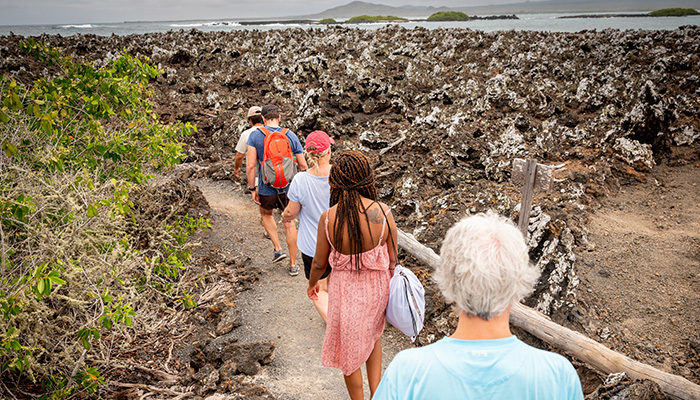 And coming back this time, what was different?

Well, the issue 20 years ago was the impact the tourists had. There was a real concern that as tourism – which was then still really in its infancy – was going to accelerate. The question was, would the Galapagos survive? The very thing that attracted the tourists was its sustainability and its animal life, and its absolutely undeveloped nature.

The first time I came, we also travelled by boat. We had one night in a hotel, and it was very basic accommodation. I don’t remember seeing hotels then as I see now. But perhaps one of the best examples was the giant tortoises. I do vividly recall that the Darwin centre existed, but that it wasn’t open to the public, I don’t think. We didn’t go there.

But I do recall going to a farm, and on that farm were tortoises in their natural environment. And I remember going down a dirt road. We got to the farm, and my recollection is that there were three or four tortoises on a grassy area, not doing much, just hanging out. It was still incredibly impressive by the sheer scale. This time I suspect it’s the same farm site [on Isla Santa Cruz], but it’s been cleverly developed so that you can have the best empanada on the planet, wonderful ice teas, but you don’t notice that, as you pull up from the drive down the dirt road, that you’re surrounded by habitat and tortoises. We got within two metres of them, and they didn’t retract, we were quiet, but they stuck their head out and they looked at you and you look back at them. I just remember so much more interaction this time, and just a huge volume of animals relative to the last time I was here.

There were definitely sea lions in abundance last time, I remember swimming with the sea lions. And we were not disappointed this time. They’re everywhere, and they’re just elegant creatures. To watch them move through the water is wonderful.

You’ve been to a lot of ecologically fragile destinations, both for work and for leisure. How does the Galapagos rate on a global scale in terms of conservation efforts?

I think those who travel today who’ve travelled all their lives are always struck in these remarkable places with the increase in tourism. The whole world economy has expanded, and therefore everybody’s travelling, as they have a right to do. But it’s putting pressure on so many places.

We’re told that only 0.3% of the entire Galapagos is accessible to tourism. So it’s very heavily regulated. And that must be a huge challenge for operators – number one, for the animals, which is the most important; but number two, for the rest of us. There was only one moment this week where we overlapped with another boat, and it was a timing issue. It’s carefully plotted so that no two groups are allowed in the same spot at the same time.

I had spent ten minutes floating with a magnificent sea turtle, with truly one of the most beautiful markings I had ever seen. My buddies were nearby, but I was just floating over this turtle with the wave, with the ebb and flow of the tide, for about ten minutes. It was the most calm, interactive, reflective time. Everybody who saw that turtle was thrilled, but the opportunity to be alone with him, [rather] than to be part of a very large group, is very different.

So that’s what I think is impressive about the Galapagos. They have rigid regulations, highly trained guides, and as a result your wildlife experience is so much better. It also gives me comfort that forty years from now, or even twenty years from now, I could come back and it would still be full of wildlife and still in its natural state. I can’t say that about many other places.