This article first appeared on The Journal and has been republished with permission.

In an era where overtourism is a concern for most travellers, it’s always refreshing to learn about an up-and-coming destination.

Uzbekistan combines everything that makes for a fan-favourite in the travel space. Incredible architecture from the Silk Road? Check. A mixture of fascinating Soviet, Islamic and Asian cultures and histories? Check. An underrated food scene? Check. Friendly locals? Check. Untapped natural beauty from deserts to lush mountain areas? Okay, you get the idea…

While some people will credit Joanna Lumley’s recent television special with Uzbekistan’s current ‘hotspot’ status, there are many other reasons why this Central Asian gem is rising in popularity with travellers all over the world.

1. The new e-visa is simple and affordable 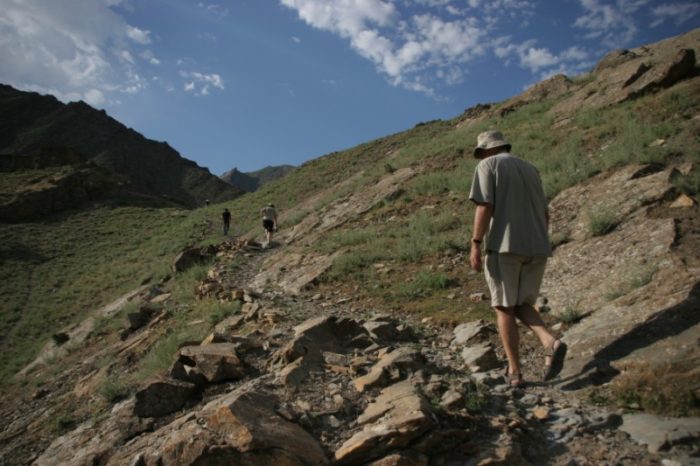 A traveller explores the Nuratau Mountains.

In years gone by, getting a visa into Uzbekistan for most nationalities involved getting an official ‘Letter of Invitation’, which was time-consuming and tedious. However, since July 2018 a 30-day e-visa has become available for 51 different countries. All you need to do is fill out basic information and upload a digital passport-quality photo – the whole thing only takes about 20 minutes. It costs USD20 and will arrive in your inbox in a matter of weeks (even faster, if you’re lucky). If your country doesn’t appear on the e-visa list, you can contact the Ministry of Foreign Affairs of the Republic of Uzbekistan for more information.

VISIT UZBEKISTAN ON A SMALL GROUP TOUR WITH PEREGRINE

2. A number of airlines fly in and out of Tashkent

No matter where in the world you are based, there are a number of different ways to get to Uzbekistan. Both Korean Air and Turkish Airlines fly directly into Tashkent and are great options for international flights. Otherwise, if you want to fly with national carrier Uzbekistan Airways, there are flights from major airports like Delhi and Dubai daily. Just be aware you may not be able to get connecting flights with certain airlines, so be sure to allow plenty of time to get from your first flight to your Uzbekistan Airways flight.

3. The new president is changing things for the better 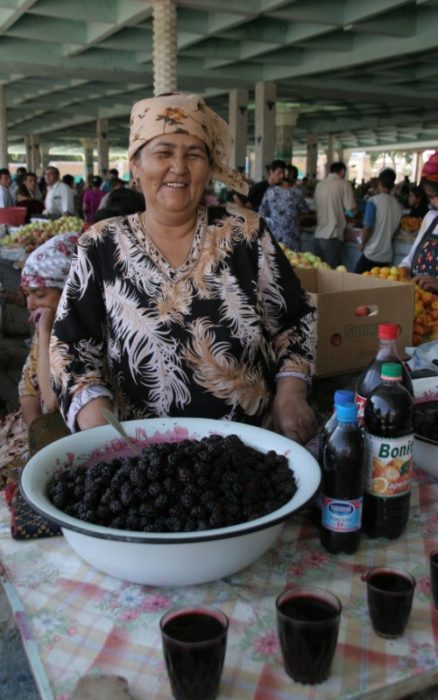 A local fruit juice in an Uzbek market.

Uzbekistan has not always had the best record when it comes to humanitarian issues. The combination of a controversial president and a hangover from the Soviet-era security contributed to some archaic social stances. While things are by no means perfect yet, the death of President Islam Karimov in 2016 and a new, more liberal successor in Shavkat Mirziyoyev, means Uzbekistan is making steps towards being more open and progressive. Noticeable differences for travellers would include relaxed security in regard to photography of icons like the Tashkent metro stations and a welcoming attitude towards foreigners.

4. The borders have opened up

As anyone who travelled to the ‘Stans before 2016 will tell you, crossing borders in Central Asia used to be quite tricky. Many borders were closed completely but have reopened in the last year or so. This includes the border with Tajikistan, meaning many popular routes out of Uzbekistan’s stunning city of Samarkand are accessible again.

So, what are you waiting for? Beat the crowds and book a place on Peregrine’s 11-day Jewels of Uzbekistan small group tour.

All images by Becky Last.