What you can expect aboard a powerful polar icebreaker The opportunity to explore the world’s polar regions tops the bucket list of many a traveller; spotting a lone polar bear skulking across the landscape, watching as a pod of seals bob about in the freezing waters, and crushing through the ice floes aboard one of the largest and most powerful polar-class icebreakers on earth. Travel doesn’t get much more adventurous than this.

Built in Finland in 1980, the Kapitan Khlebnikov is one of only a handful of ships that can travel through dense pack ice. Originally designed to navigate the harsh Siberian seas, it was refitted in the early 1990s as a tour ship, to take adventurous travellers to the very ends of the earth. In fact, the Kapitan was the first ship to circumnavigate the icy waters of Antarctica with passengers. These days, she spends her time exploring the Arctic Ocean around Greenland, Russia and Spitsbergen as a starring member of our fleet of Polar vessels. 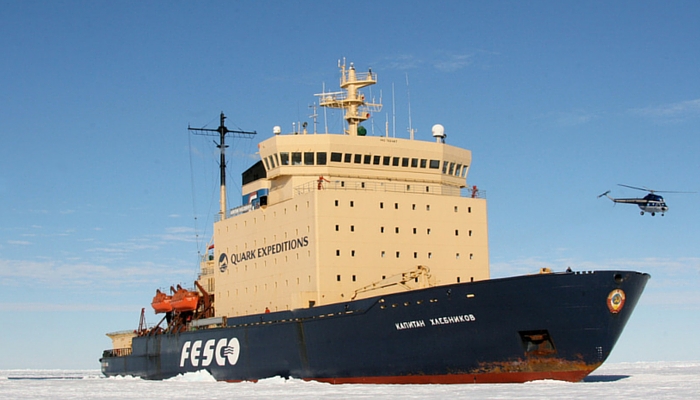 Later this year, Kapitan Khlebnikov – alongside Peregrine and our partner Quark Expeditions – will play host to a very different expedition: taking to the Arctic waters with Canadian astronaut Chris Hadfield. The popular astronaut will join the voyage from Greenland into Canada’s North to present his science and technology show, Chris Hadfield’s Generator, alongside artists, musicians, comedians and photographers. And when he’s not presenting and performing, he’ll be on deck, soaking up the sights alongside our passengers. Imagine the bragging rights you’ll have after stargazing with the moustachioed astronaut!

When passengers aren’t rugged up against the elements as the boat crunches through the ice or watching as whales breach in the Denmark Strait, there are several indoor activities to enjoy. A heated indoor saltwater plunge pool, gym and sauna sit below deck, while a library stocked with polar-themed books is a great spot to while away the hours. In the theatre-style auditorium, a team of experts offer in depth presentations on the history, geography and wildlife of the region. 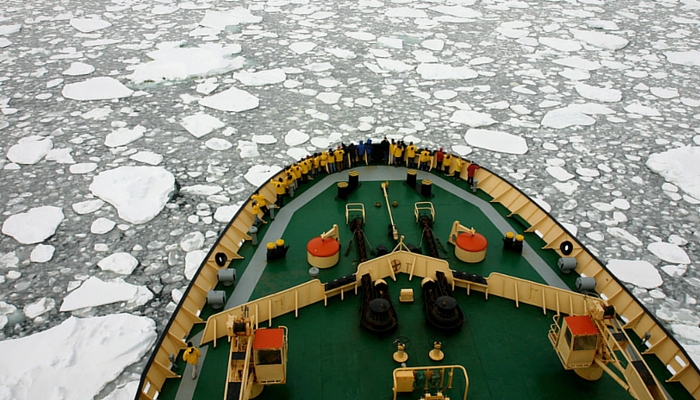 Each of the 51 cabins on board has its own en suite, as well as large windows overlooking the rugged expanses of ice, ice, and more ice (it’s rare passengers tire of waking up to outlooks like this). Other activities include Zodiac excursions to seabird cliffs and remote beaches, and rides on the ship’s Mi-2 helicopter; the aerial views as the vessel crashes through the thick ice are spectacular. If you’re wondering what a zodiac excursion looks like in Antarctica, this is it:

Find more information about our Best of the Canadian High Arctic tour with Chris Hadfield here.