Everything you need to know before your Mexico group tour 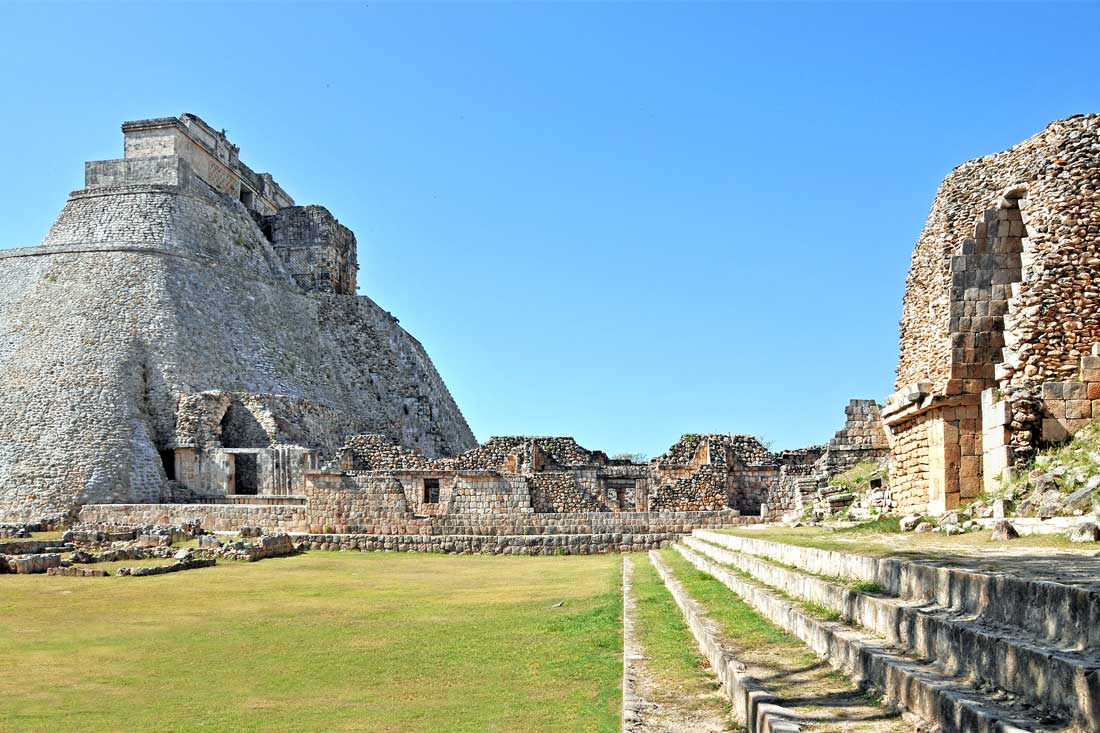 Mexico is a country of contrasts; a state of striking diversity. On the one hand it’s intoxicated by beauty, dotted with pristine beaches, colourful cities and vivacious locals. On the other, it’s a country often embroiled in controversy – a land with a history stitched to the seams of drug culture and high rates of crime. Travellers can have a few reservations about travelling to Mexico, but we definitely feel that apprehension shouldn’t outweigh your sense of adventure. With a local guide by your side, and a bit of common sense, Mexico is a safe and wonderful place to travel. To get you started, here’s some information you should read before your trip. A quick guide to travelling in Mexico.

What’s the best way to fly to Mexico? Mexico is bordered by the Unites States to the north and Belize and Guatemala to the south. The capital city of Mexico is ‘Mexico City, and it unsurprisingly receives the most direct flights from the USA, South and Central American countries, the Caribbean and the European continent. Cancún, Mexico’s most popular coastal location, also receives a multitude of direct flights. Either city is great to start your adventure with ease (nearly all our Mexico tours begin in Mexico City).

If you’d like to extend your stay in Mexico, it’s good to know there are 30 airports throughout the country with direct flights from the US. You can fly Miami, to Mérida which is on the Yucatán Peninsula. You can fly Los Angeles to Guadalajara, to Cancun, or to Cabo San Lucas. There are several low-cost airlines providing air travel. So, be sure to investigate the mass of flight options and travel deals.

If you’re travelling to Mexico from Australia (Melbourne, Brisbane, Sydney), QANTAS combines with American Airlines to deliver you via LAX (Los Angeles) with an estimated travel time exceeding that of 27 hours. So, equip yourself with some good reading (Diary of Freda Kahlo might be a good start) – it’ll be worth the journey! If you’re looking to grab a great value flight, talk to our travel experts – we can help with airfares, insurance and all the other little logistics you might need.

Travellers to Mexico will need a “tourist permit” upon entering the country, as well as visas (in some circumstances). Tourist permits can be purchased upon arrival, but are sometimes included in your airfare tickets (check with your airline to find out if this applies to you).

If you already hold a US visa upon entering Mexico, you won’t need another. Australians and New Zealanders, among many others, also do not need visas when entering Mexico. Check out our Mexico page for more information on your visa needs.

There is an airport departure tax of approximately $25 (USD) for international flights from Mexico, and a little less for domestic flights. In most circumstances, this is included in your ticket fare, but be sure to check when you purchase your ticket.

What time of year should you visit? 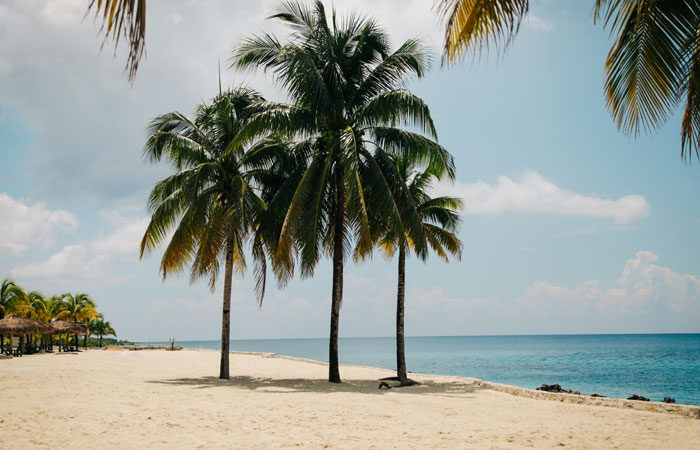 Sitting as it does near the equator, Mexico is enticing all year-round. But, there are definitely some drier months, some busier months, and some significantly cheaper months.

High season in Mexico is between December and April. The months here are drier and you’ll find winter escapees from the north flooding the beaches of the Yucatan for months at a time. The Christmas season and Easter holidays are incredibly busy for Mexico – expect accommodation to be scarcer, and the streets to be busier! Of course, if you can find space on a group tour, you won’t have to worry about trawling the internet for accommodation.

July and August sees the shoulder season. You’ll find it’s a little wet on the Pacific Coast during this time, but the rest of the country should be fairly dry. April and May are the hottest months for the south, and Yucatán is extremely hot in May through until December.

May-June and September-November is the country’s low season. Prices may be lower in some areas, but temperatures peak in many regions during May and June. Also, the Gulf and Pacific areas may see a lot of rain due to hurricane season, so if you’re trying to avoid sticky wet heat, travel outside of hurricane season; which often lingers June through until November.

If you want to avoid scorching heat in the summer months, spend less time on the low lying coastlines and head inland instead. The inland areas of Mexico tend to be Spring-like almost year-round.

Mexico has 6 distinct different regions, each with their own culture and local flare. Here’s a quick crash course to orientate you before arrival.

The Baja Peninsula is located just south of California. It’s a great option if you want to experience that classic sun-kissed sea, backing onto rugged mountain ranges.

The Yucatán Peninsula often sees the heaviest tourist traffic due to its exotic twist of Mayan, Mexican and Caribbean cultures. An intoxicating mix of temples, jungle and white sand beaches, but aim for a shoulder season to avoid the crowds.

The Gulf and the southern areas of Mexico are shaped by the ancient Mayan and Mexican cultures and is well known for its exotic culinary dishes; that primarily boasts tropical fruit, seafood and spicy veg.

The scenery of the Pacific Coast is dramatic. Its charm lies in sleepy seaside towns and its incredibly view out over the Pacific Ocean.

Central Mexico is as culturally diverse a region as you’ll find anywhere in the country. While it now boasts award-winning metropolitan areas, you’re never too far from finding a heart-warming authentic Mexican dish.

North Mexico is marked by rugged desert ranges. The northern areas are less-frequently by tourists as they border areas like Chihuahua and Durango, often associated with the infamous drug cartel and violence.

What parts of Mexican should you avoid?

It’s advised by the US state and other governing bodies that travellers should avoid the state of Durango, as well as the Mexican areas bordering Texas. This is due to higher crime rates in these destinations, above the national average. Travel warnings have been produced for the following: Durango, Chihuahua, Coahuila and Tamaulipas. The bright side: There are 28 other cities to explore; all statistically far more safe and nonetheless more beautiful and enticing. Peregrine trips keep well clear of the northern provinces for just this reason: most of our itineraries head directly south from Mexico City, or east into the Yucatan Peninsula.

The national bank is the Bank of Mexico, but you’ll find good ATM access almost everywhere, particularly in the metropolitan cities and popular tourist destinations. ATMs are at every bank, as well as in most supermarkets, grocery stores and in occasional hotel lobbies. Obviously access is a little scarce in the rural jungles and other remote areas, but your guide will let you know when it’s wise to withdraw a little more cash to tide you over.

ATMs generally have two standard languages for navigation: Spanish and English. Keep in mind, all money withdrawn will come up in Mexican Pesos. One benefit from withdrawing from Mexican ATMs is that the ATMs do their transactions at the wholesale banking rate. This typically means you get a better exchange rate than you would in other countries. This also means you don’t need to worry about taking cash out in bulk to save on exchange. Just withdraw as you need it!

What vaccinations will you need?

Before travelling to Mexico, we advise you consult your doctor as to what vaccinations/immunisations you may need before entering the country. For most people, travelling in Mexico shouldn’t require any vaccinations, although having a tetanus booster is usually recommended, as well as a Typhoid and Hepatitis (A) shot. it depends on where you’d like to visit, and the sort of activities you’ll be doing. As always, it’s always best to ask your doctor exactly what may be necessary.

Will you get sick drinking tap water and eat fresh fruit and vegetables?

Along its reputation for glorious scenery and mysterious Mayan culture, Mexico has also made a name for itself with its questionable water quality. Generally, we’d advise against drinking tap water wherever you are in the country, even in the better hotels. Drink and brush your teeth from a bottle if you have to, but it’s better for the environment to use water purification tablets or a purpose-built canteen with a water filter installed. When you order vegetables or fruits, ask whether they have been purified. Most restaurants and eateries that cater for a high volume of tourists decontaminate their vegetables and fruits with iodine drops before they serve them. If you have any questions, as always, just ask your leader.

Ready for a Mexico small group adventure? Check out our range of Peregrine tours.

I have rented cave houses in Santorini, slept in frozen cars in Switzerland and lived in meditation centres where buddhism, atheism, and the hare krishna consciousness is all practiced under the same roof. I have been hit by a truck on the German autobahn, snuck into University lectures in France and been groped by Italian men on buses. Fair to say – I’ve seen and done it all (and will get around Italy via taxi next time). I study Journalism in Melbourne.