So much gets lost in translation; here’s why the most important things never do 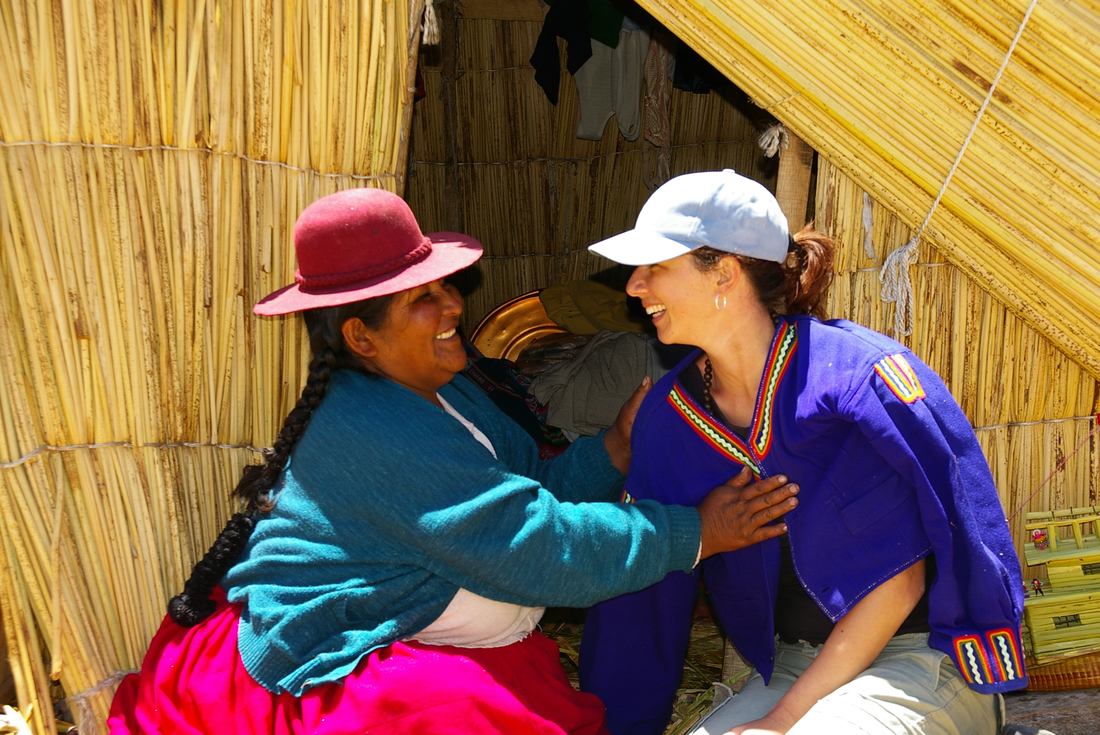 I never really thought much about the complexity of translation until my junior year of college when a writing professor, a Belarusian poet, brought in several different translations of the poem Ithaca by CP Cavafy to prove exactly this. Leafing through each version, which stressed different poetic devices and emphasized different themes and imagery, it became clear just how much power the translator had to shape another person’s innermost thoughts and feelings for a new audience of readers.

Before I left school in the US to complete my degree as an exchange student in Denmark, I had lunch with that professor who remarked that she spoke six languages, but none of them well. This statement would stick with me as I embarked on my own years living and traveling abroad.

Through my meanderings across four continents I’ve gotten lost in language—in the labyrinth of subtleties and the crevices of implied meaning—far more often than I have on any city’s streets. Language barriers make simple things daunting. 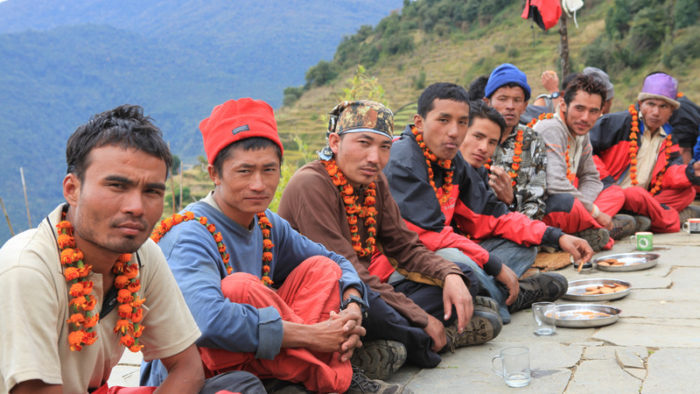 Linguistic slip-ups, at the very least, can be embarrassing. When I was teaching in Nicaragua, each afternoon we’d come back from lessons at lunchtime and were greeted with “buen provecho!” One time someone said hello to me on the street to which I loudly and enthusiastically replied buen provecho! Buen provecho, by the way, means bon appetite.

READY FOR AN ADVENTURE? CHECK OUT PEREGRINE’S RANGE OF SMALL GROUP TOURS

Sometimes the impact of not being able to speak a foreign language is harsher. Once, I was literally brought to tears at dinner with my French boyfriend’s family, after hours of sitting at the table without understanding a word. At one point during the dinner his sister abruptly turned to me in English and said in front of everyone, “you don’t understand a word of what we’re saying do you?” There is always a small sense of failure each time you are in a space where a foreign language is being spoken and a person has to switch to English. 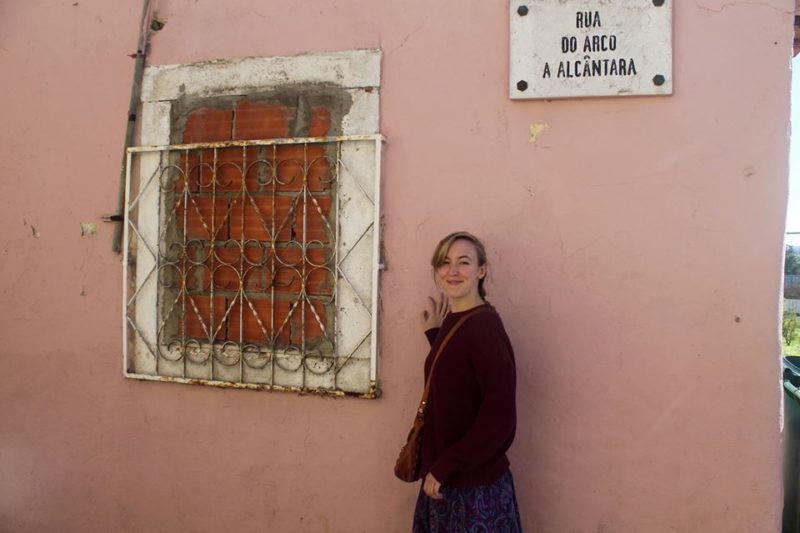 In my years living in Europe there were times where colloquialisms in other languages didn’t translate well into English making my friends sound rude or antagonistic. There were times when conflicts simply remained unresolved because it was too difficult and frustrating to work them out in a second language. I too have become aware of the frustration that comes when the fire of your feelings is boxed into your chest because you just cannot find the words quickly enough.

For many, the implications of not speaking the language of the people in their surroundings can make them vulnerable to danger or infringe on their ability to exercise their rights. My heart goes out to the many Syrian refugees in Berlin attempting to attain their visas at the same time as I was.

Recently, an Italian friend asked me whether it is ever possible to really know a person without speaking to them in their native language. It was a difficult question with no straightforward answer, but it made me reflect and realize that despite all the ways language barriers have made my life cumbersome and discouraging, the core of who we are lies beyond the depth of which any language can penetrate. That, in fact, language can sometimes even get in the way. 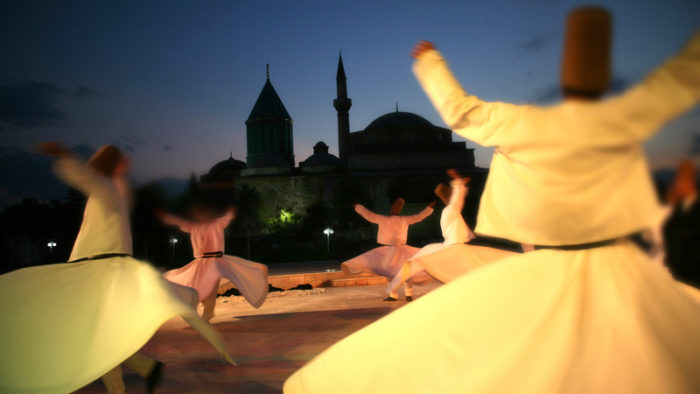 Moving past the situations where language barriers have caused me to feel isolated, frustrated, and ashamed, I am humbled in my gratitude for all my friends who’ve taken on the burden of speaking in a second language for the sake of building a relationship with me. I am also touched by the love, thoughtfulness, and altruism that can penetrate the silence when we didn’t share any linguistic common ground at all. After all, sometimes words aren’t adequate vessels for the weight of their intended meanings.

ANOTHER INSPIRATIONAL READ: WHY THE BEST TRAVELS OF MY LIFE STARTED AFTER 50

I am reminded of the time when my student’s mother in Nicaragua gave me her umbrella in a torrential downpour; of a host mother in Malaysian Borneo who sewed me a sarong and cried when her foreign visitors departed from her home; of a Lithuanian coworker who helped me navigate the emergency room when I ruptured my ear drum in Vilnius and was totally lost about what to do. I think of the warmth of a French couple I met on a subway platform in Copenhagen as we teamed up to together navigate our way to the Louisiana Museum of Art. 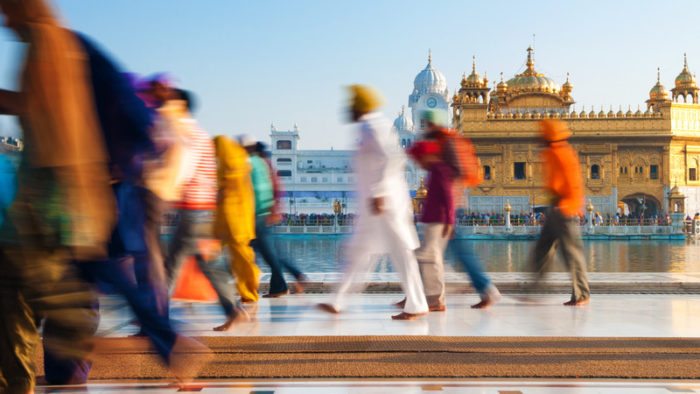 Connections on the road make for the most memorable trips

I think of the time when I spent New Years with a friend in Argentina, and his family asked me in Spanish—no doubt as a way to include me in the conversation—what my favorite food was. I told them I love avocados, and the next day they came home the next day with a dozen of them. We ate avocados at almost every meal for the rest of the trip.

My heart is full when I think about dancing with a German friend in a Berlin techno club, spontaneously embracing without saying a word for sharing in that joyful experience together. I also think of the time I saw a mother on the subway in Berlin playing with her infant child and then smiling to another mother on the other side of the car doing the same. There was so much love in their eyes, and language had nothing to do with it.

In these circumstances I was given the chance to see something deeper. I was reminded of the human spirit that exists beneath the filter of language. 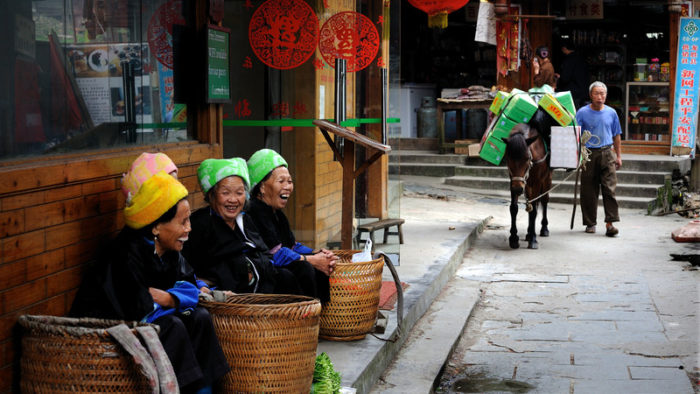 Warmth can be evident regardless of language barriers

Amidst the fear, frustration, and loneliness I’ve unearthed the humanity and goodwill that lies within each of us. So often the TV, the radio, and the news stream try to convince us that the world is a dark and dangerous place, but these experiences have impressed upon me that there is goodness existing in both big and little ways all around. I don’t know if this sentiment would have been sufficiently impressed upon me if it had been muddled by words.

Even when so much gets lost in translation, the most important things never do.

Ready to take on our awe-inspiring world? Check out Peregrine’s range of small group trips.