What it’s like to travel during Ramadan in Turkey, Morocco and the Middle East 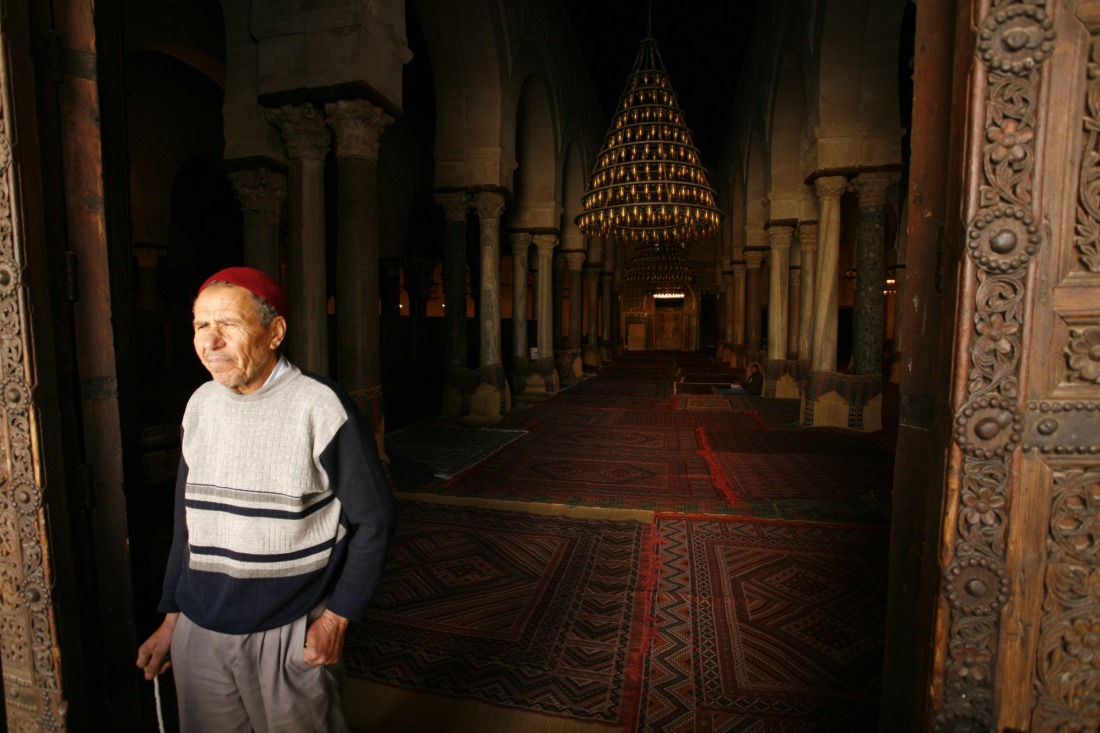 Ramadan is the holiest month in the Islamic calendar. For around 30 days each year, millions of Muslims engage in religious thought and ritual fasting – or sawm – one of the Five Pillars of Islam.

From dawn til dusk, people refrain from eating, drinking, smoking and engaging in sexual activity during the day, but also from gossiping, using profane language and fighting in general. Ramadan is a time for religious devotion and prayer, a time for individuals to practise restraint, patience and charity, and for families and communities to come together to pray and, once the sun has set, feast.

But what is it like to travel to a country when the majority of the population are observing Ramadan? How might it affect your trip? After speaking to Caglar Gokgun and Sameh Tawfik, General Managers of our offices in Turkey and Egypt, we put together this handy Ramadan travel guide.

When and where would you encounter Ramadan?

Ramadan takes place during the ninth month of the Islamic year. Because the Islamic calendar is a lunar calendar – with the start of each month dictated by a new crescent moon – the dates shift each Gregorian year. In 2017, Ramadan is expected to begin on the 27th of May and end the 24th of June.

The festival is observed by Muslims all over the world, from Indonesia to North Africa, Turkey to the Middle East, the UK to the USA. In many Muslim-majority countries, such as Iran, Jordan, Egypt and Morocco, you’ll notice a real difference in daily life. While the mosques are busier than usual, some shops and restaurants are closed and the streets are quiet – until the hectic twilight rush to get home or to the bazaar for iftar, the nightly breaking of the fast. In other destinations, especially the cosmopolitan cities of western Turkey, there’s less noticeable change, and you might find your trip largely unaffected by Ramadan. For the most part, famous mosques and sights of interest remain open to tourists during Ramadan, although they often shut early to allow more time for prayers and evening meals with family. Sometimes a special event may cause closures or affect the day’s activities, but if you’re with a local Peregrine guide there’s no need to worry; they’ll rearrange the day accordingly. It just might mean a few earlier starts here and there!

Are there fewer tourists around during Ramadan? Sometimes, although both Caglar and Sameh put this down more to seasonality than the festival itself. Currently, Ramadan takes place during summer, when temperatures in the Middle East and Northern Africa can spike above 40 degrees Celsius – too hot for many travellers. This is an important consideration when planning your trip.

Eating and drinking during Ramadan

According to Caglar, sawm, or fasting, is about working on your weaknesses, how you handle hunger and thirst, and is meant to give Muslims a deeper compassion for the suffering of others. Locals will partake in sahur, the meal before dawn, and then fast until iftar, usually commenced with the eating of a date. 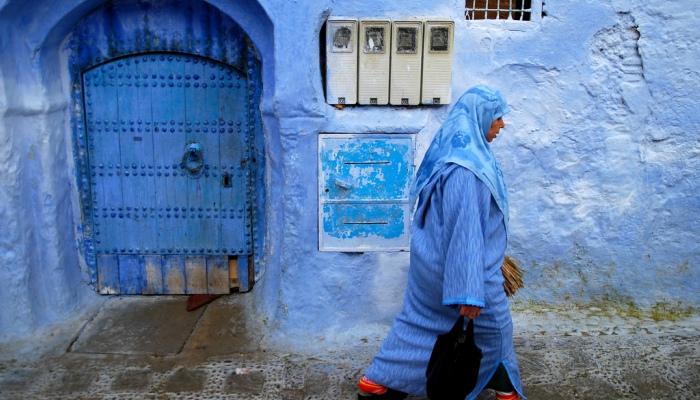 Of course, travellers are not expected to fast themselves. In many destinations you’ll find a limited range of local restaurants operating during the day, although cafes catering to tourists will usually remain open.

While it’s fine to eat and drink in hotels and tourist restaurants during the day, it’s respectful to refrain from doing so in public places (that goes for smoking, too). As for alcohol, in many parts of the Middle East (such as Iran), it is forbidden. In Morocco and Egypt, pubs will close for the month, but you can still get a beer or a wine in your hotel; in Istanbul, bars often remain open and locals continue to go out. Whether you drink is up to you (and where you are), but it’s a sign of respect to avoid consuming alcohol in front of locals.

Again, having a local guide to help you navigate all this is especially beneficial during Ramadan. Some of Peregrine’s local guides will try to fast themselves, although only when it’s safe to do so.

How can travellers show their respect to locals during Ramadan? 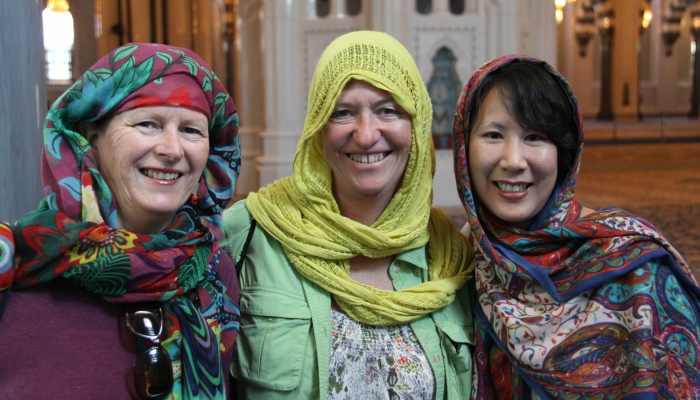 Aside from not eating and drinking in front of locals, travellers should dress conservatively during Ramadan, covering legs, shoulders and arms, and donning a headscarf when visiting mosques or religious sites (for women). If you’d like to wish locals a ‘Happy Ramadan’, say ‘Ramadan kareem’ (‘happy or generous Ramadan’) or ‘Ramadan mubarak’ (‘blessed Ramadan’).

So, should I travel during Ramadan?

That’s up to you! While you might have limited food and beverage options, and the heat can be oppressive, visiting Morocco, Egypt, Iran or Turkey during Ramadan can make for truly unique travel experience. Lights twinkle on towering minarets, worshippers flock to mosques and the streets come alive in the evening. 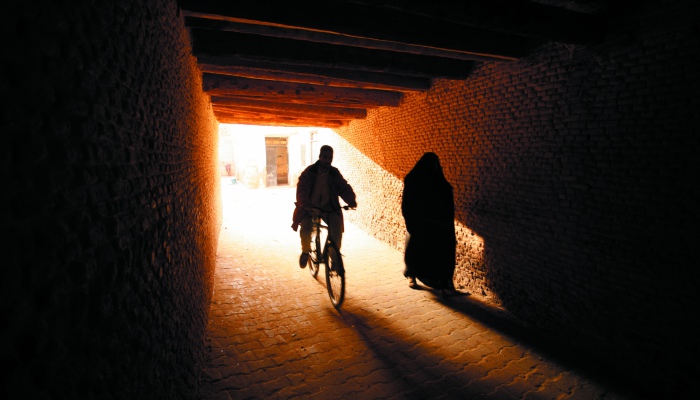 “The feeling of being at the market of Khan el-Khalili (in Cairo) during iftar… is indescribable,” says Sameh. “Hundreds begin eating at the same moment when hearing the Call to Prayer, followed by locals playing oud (a type of Middle Eastern guitar).” To be take part in that, as a traveller, is a very special experience.

Caglar also reflects on the joy of showing travellers his country during Ramadan. A few years ago, when he took a tour group to Konya – a very traditional city in the Central Antolia region of Turkey – he invited his group to join him in fasting for a day, and all ten got involved. That evening after Call to Prayer, they sat down to break the fast together while overlooking whirling dervishes in the courtyard of Konya’s Mevlana Museum, home to the mausoleum of 13th-Century Sufi poet Rumi. “For a few years I stayed in contact with some of those group members, and they still talked about that memory.”

Join a local guide and explore Turkey, Morocco or the Middle East on a premium Peregrine adventure.