7 things to do in Nepal (that aren’t trekking) 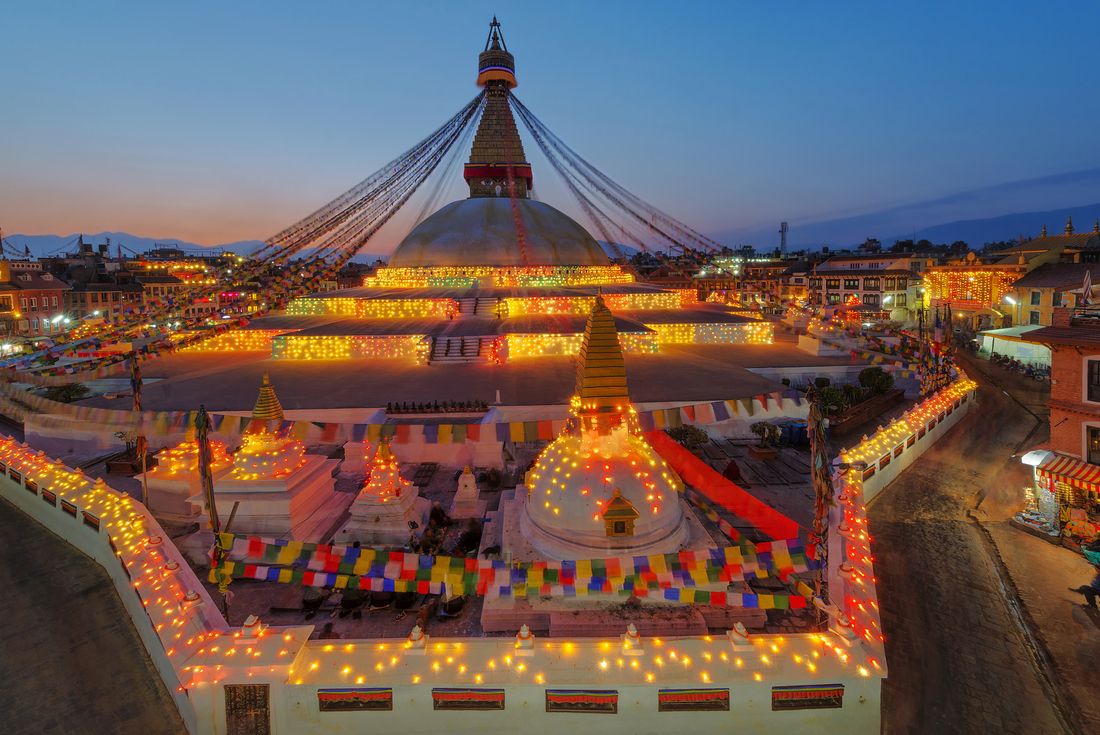 I have a confession. I’ve been to Nepal three times and never trekked.

I can’t tell you how many conversations I have had with travellers dressed head-to-toe in North Face gear that have begun with: “Where are you going hiking?” or “What summit are you going to tackle while you’re here?”.

There’s always a puzzled look on their faces when I tell them I have no plans to climb a mountain… and then usually a response along the lines of, “So why on earth did you come to Nepal?”

Why? Why? Because it’s one of the most awe-inspiring places on earth – where eagles soar over brightly coloured prayer flags; where Tibetan monks chant the soothing mantra Om Mani Padme Hum; where the dal bhat is deliciously addictive; and where the might and majesty of the mountains puts your life in perfect perspective.

If you’re someone who is not interested in pushing your body to the limits and getting an altitude headache on your holiday – the good news is that there are many reasons to travel to Nepal, and plenty of things to do while you’re there.

1. Go on a safari in Chitwan National Park 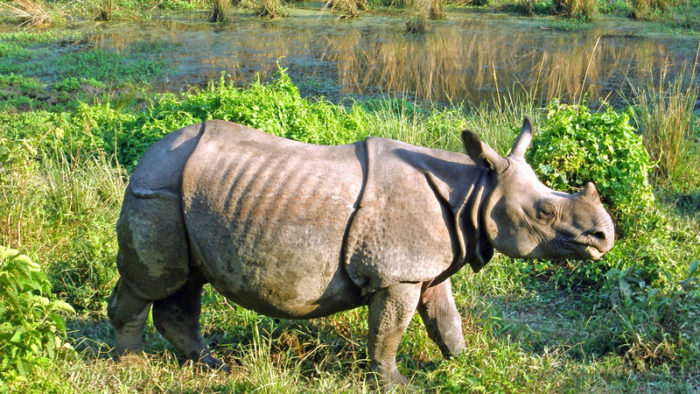 It may be a country renowned for its snow-capped peaks but Nepal is also home to tropical and sub-tropical forests like Chitwan National Park where you can find leopards, sloth bears, elephants and monkeys, as well as endangered species like the One Horned Rhinoceros, Gharial Crocodile and Royal Bengal Tiger.

This World Heritage reserve covers over 900 square kilometres and is particularly popular with bird lovers, due to the 450 species inhabiting the trees and waterways, including cranes, king fishers, giant hornbills, herons and eagles.

The best way to enjoy the wildlife is on a safari tour or in a dugout canoe on the Rapti River which snakes through the park.

2. Immerse yourself in culture in Kathmandu 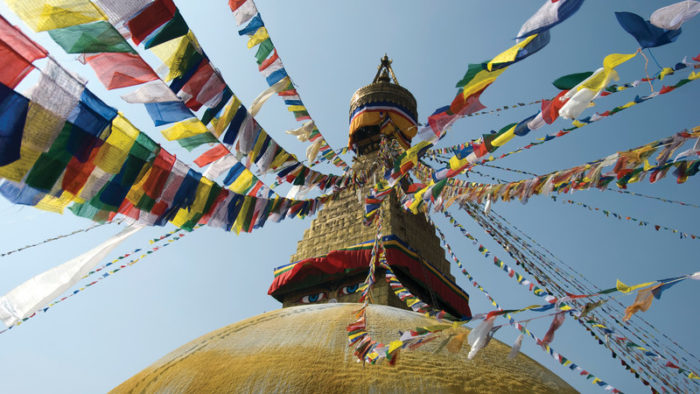 Each day, maroon-clad monks and local Tibetans head to the Great Stupa at Bodhnath, where they undertake the ritual of walking three or more times around this spectacular white dome, often chanting mantras and lighting sticks of incense. Above them, the striking eyes of the stupa, as well as flocks of pigeons that fly between thousands of prayer flags. There’s no better place in Kathmandu to immerse yourself in Tibetan culture than Bodhnath, which contains more than 29 monasteries.

Other cultural sites worth visiting in the city include Nepal’s most famous Hindu temple, Pashupatinath, where pilgrims bathe on the banks of the Bagmati River while cremation ceremonies take place by the water’s edge, and Swaymbhunath, a Buddhist hilltop stupa where you’ll find loads of cheeky monkeys and spectacular valley views.

3. Soak up the majesty of the Himalayas 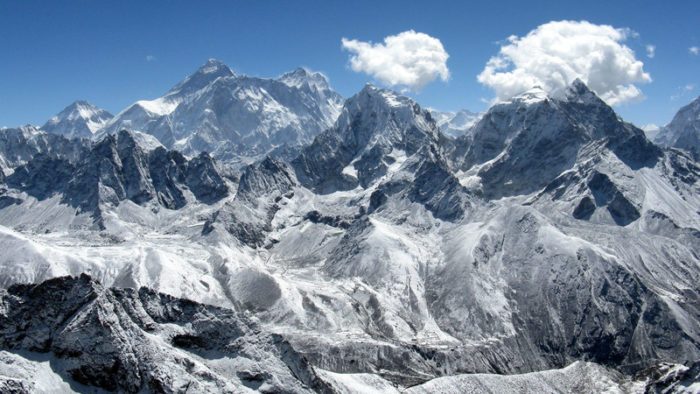 There’s nothing quite like the moment you see the Himalayas for the first time. Whether it’s flying into Kathmandu and doing a double-take when you realise the white stuff outside the plane window is not cloud cover but snow-capped rock – or whether you walk out of your guesthouse in Pokhara on a clear day to find Machapuchare, otherwise known as Fish Tail mountain, towering so tall above you that you feel smaller than the smallest creature on earth.

If you’d like to experience the awe of Everest without trekking – book a 60-minute scenic flight which takes off from Kathmandu and allows you to get a ‘big picture’ view of one of the Seven Natural Wonders of the World.

4. Step back in time in Bhaktapur

Of the three major cities in the Kathmandu Valley, Bhaktapur is the finest example of how life would have looked during medieval times. Despite being hit hard by the 2015 earthquake, this UNESCO site remains rich in heritage with its towering pagodas, vast royal courtyards and vibrant artisan community. Durbar Square’s must-see attractions include the ornate Golden Gate and 55 Window Palace which was built during the reign of the Malla King Yaksha Malla in 1427 AD.

5. Peace out in Pokhara

With its tranquil lake and panoramic views, there’s a reason why Pokhara is a favourite destination for travellers. The best way to soak in the serenity is to park yourself in one of the many waterfront cafes and sip a masala chai, or float in a little boat on Phewa Lake.

If you prefer to be more active, there’s a lovely walk up a hill to the Peace Pagoda overlooking the town, as well as the chance to go paragliding, kayaking or wandering through charming Tibetan monasteries.

Nepalis from all walks of life share one thing in common: they eat dal bhat daily. This moreish meal consists of lentil soup and rice, often served with a vegetable curry, a mixture of spicy pickled vegetables, and some greens. No trip to the Himalayas is complete without sampling this staple. Another thing to add to your order while you’re in the country is a serving of momos – Nepal’s version of dumplings – which are filled with steamed vegetables or meat, and served with spicy chutney.

7. Check out the birthplace of Buddha

Lumbini is one of the world’s most important spiritual sites, said to be the birthplace of the Lord Buddha. Today, with more than 25 monasteries and temples, it has become a hub of meditation and mindfulness for Nepalis and tourists. Lumbini is fascinating from a historic point of view, with on-site ruins and relics dating from the second century BC to the ninth century AD. The most popular tourist attraction, Mayadevi Temple, was built more than 2000 years ago.

Peregrine have a range of non-trekking (and trekking) adventures in Nepal on offer. Check them out here.

Ange Takats has been chased by a tiger in a Buddhist monastery and run from falling rockets at a rainmaking festival. Her travel memoir - Buffalo Funeral - traces her journey from foreign correspondent to folk singer in the Land of Smiles. She's currently based in Bangkok. angetakats.com.au