What is travel? We answer the big question once and for all

‘What is travel?’ is an interesting question, but more for what it tells you about the people doing the asking.

The meaning of travel, despite ‘definitive’ articles to the contrary, is pretty subjective. And your relationship to it changes as you get older and begin to spend your weekends doing things like browsing health insurance policies. Reasons and motivations begin to wrinkle, just like us, revealing character.

Because when you’re young travel is sensory and simple. It’s that white-knuckle feeling of a plane taking off for the first time, when your stomach drops and your ears pop. The sustained hyper-real sensation when everything is new and brightly coloured. Ice-creams taste sweeter, smells are stranger. You can almost feel the synapses firing, taking it all in. 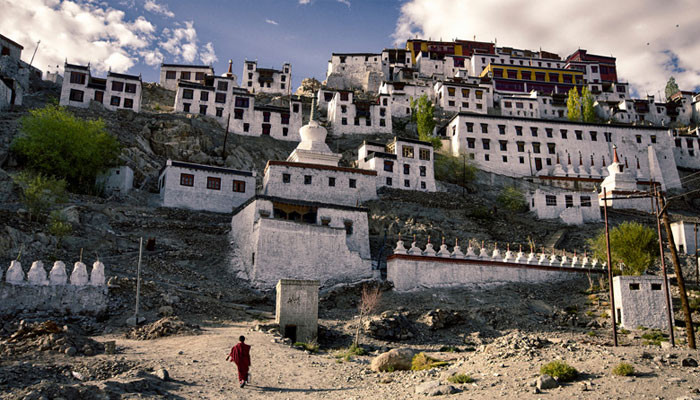 By middle age the motivations behind travel get more complicated, like your tax returns. It becomes an escape from cubical drudgery, a sun-soaked interlude from Real Life, or an existential change of perspective: the cultural equivalent of surfacing for breath. There’s more awareness about where you’re going, and what’s waiting for you when you get back home.

In his famous essay Why We Travel, Pico Iyer said, ‘We travel, initially, to lose ourselves; and we travel, next, to find ourselves.’ And to be honest, he kind of nailed it. The very fact that people dwell on the nature of travel, try to get at its secret truth like hungry kids scrabbling at a piñata, is because we feel deep down that there’s something magic in there: it makes us happy. And not just happy in the way you feel when you upgrade your iPhone. A more deep-seated, integral sort of happiness (maybe ‘content’ is a better word – more wholesome, less fleeting).

This happens even when we’re uncomfortable on our travels – perhaps especially when we’re uncomfortable. When we lose the map in Hanoi and have to improvise with pigeon-Vietnamese and hand gestures. When the tent leaks in Yosemite and we wake up with wet socks. When our legs ache on the Inca Trail and we’re pretty sure the small Peruvian porter is judging our lack of fitness. All temporary discomforts that somehow add up to…what? Personal discovery? A sense of accomplishment? A good over-dinner anecdote? It’s hard to pin down why, but we know instinctively that there’s gold there.

I think it’s got something to do with the way we live now. Most things in our lives are geared towards convenience and gratification, which is another way of saying most things are predictable. We spend a lot of energy trying to eliminate discomfort from our meals, television watching, phone calls, work spreadsheets, morning commute. Basically deleting anything resembling a surprise. Is it any wonder we’re so bored?

But travel isn’t like that. When travelling, discomfort finds you. The whole thing is unpredictable at a fundamental level. That’s kind of the point. When you order chargrilled gizzards in Tokyo’s Memory Lane or fight for seat space with chickens on a bus in Ecuador, you don’t know what’s going to happen next. And isn’t that incredibly liberating in a way? It’s like a search for something that can’t be Googled. Something that has to be earned through effort, not given by chance.

There’s a great quote from Robert Pirsig in Zen and the Art of Motorcycle Maintenance that goes: ‘It’s the sides of the mountain which sustain life, not the top.’ Which is a pretty apt description of travel, all things considered. Life occurs in the hard uncomfortable bits, not the breezy view from the summit. And sometimes the old chestnut is true after all: the destination doesn’t matter, all we want is somewhere to get lost on the climb.