Everything you need to know about hiking in the Pyrenees When it comes to European mountains, most trekkers make a beeline for the Alps, leaving Pyrenean trails – over high passes, among foothills and in the shadow of soaring summits – happily under-trampled.

The 7-day self-guided Pyrenees – Mountains to Mediterranean trek follows a route through the Pyrenees that gets you walking through history and art, past snow-capped summits and down to the inviting waters of the Mediterranean – a week of variety that the Alps can’t match. 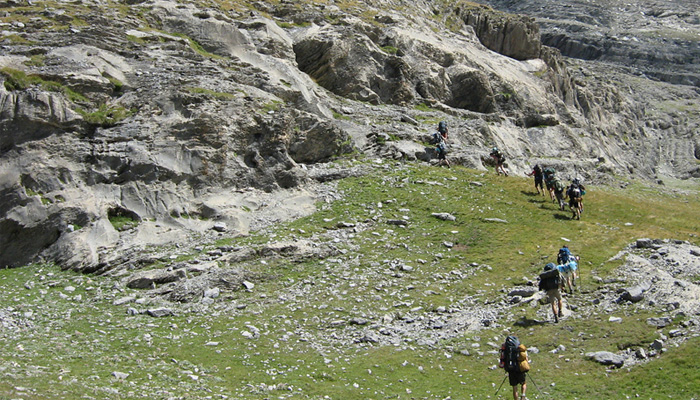 One of the pleasures of the walk is the way the landscape moves with you – walking is the perfect way to really notice the changes in vegetation and scenery as the altitude rises. Over the first couple of days in the Catalan Pyrenees, the GR11 follows the ‘smugglers path’, the old route of choice for exiled bandits and smugglers, the gradient sometimes steep and an early test for the legs. Among lower reaches you move through deciduous forests that blanket valley floors, then higher up a classically alpine landscape emerges: pine trees, meadows and rushing streams of meltwater.

The trail runs eastwards, following the Vallespir, France’s southernmost valley, a place of panoramic beauty and also an important corridor for alpine species moving between the massif du Canigou and the massif du Puigmal. Look out for the Lammergeier, an enormous vulture with a wingspan of up to three metres.

Down from the border town of Prats de Mollo, the views are never less than sensational on the trail. The Pyrenees emerge steeply from the Mediterranean, so you’ll often have a 360-degree view that takes in both grand mountains and the sparkling blue of the Costa Brava on the horizon. The more immediate surrounding also captivate: where lush meadows of wildflowers give way to forests of beech then foothills of vineyards, the untamed grandeur of the mountain a beautiful contrast to the land that man has sculpted and works for harvest. 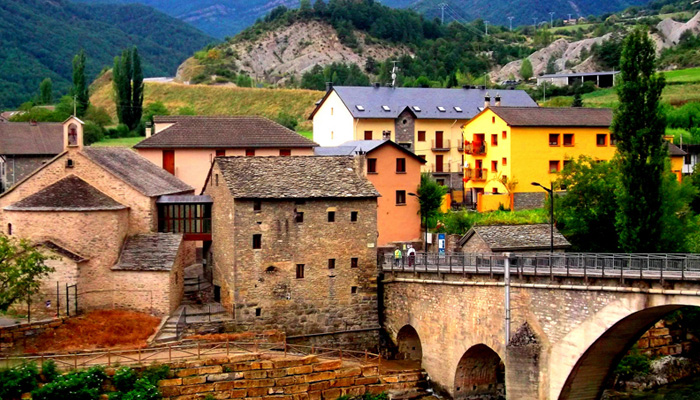 The walk is about more than immersing yourself in the spellbinding scenery of the Pyrenees – the mountains are also home to welcoming, characterful towns with lively histories and proud identities. 13km from Spain, the French border town of Prats de Mollo is a pleasing point of entry into the country, a 17th century Vauban fortress overlooking a warren of cobbled streets and the River Tech. After Spanish towns and village, Prats manages to both feel distinctly French yet retain a Catalan identity. It’s home to various festivals throughout the year, but at any time it makes for a lively, interesting stop.

Further east, Amélie les Bains is the place to recharge weary limbs – the town is home to one of France’s most renowned thermal spas, the healing sulphur springs that rise from the Gorge do Mondony popular since medieval times. Day five’s endpoint, Céret, is arguably the most interesting of the towns on the trail. Its liveable, sociable town centre is perfect for wandering and people-watching, but it’s the artistic connection that really sets Céret apart. Dali and Picasso, Braque and Gris – many of the giants of 20th century European art once called the town home, and the Museum of Modern Art, one of the world’s great regional art galleries, should be on every visitor’s to-do list.

Lastly, the easygoing seaside town of Banyuls makes for a soothing end to the trek. Vineyards nearby, a fishing fleet in port, fine snorkelling in the bay – the French are experts at relaxing with the good things in life, so after a week on the trail, it would be churlish not to join them! 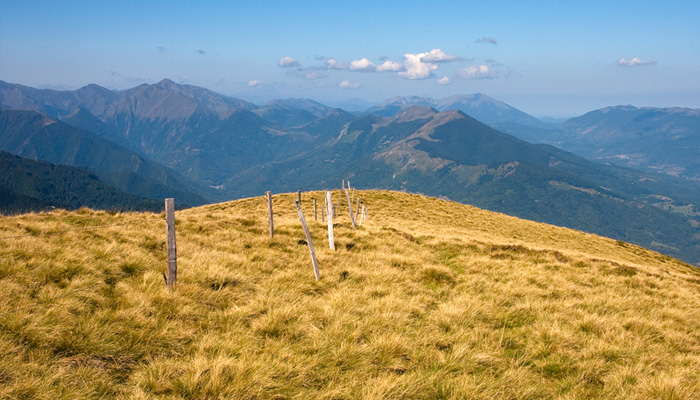 This route through the Pyrenees isn’t the toughest trek Peregrine offers, and it avoids particularly high altitudes, but it’s still a considerable undertaking – five days of walking, with the duration of walks usually over five hours each day. Several cols you tackle are over 1000 metres, with some sharp climbs leading up to them, so like any serious multi-day trekking, preparation is essential, both in terms of physical fitness and ensuring you have the right gear. A properly broken-in pair of walking boots that you’ve tested out on hills in advance is a must – nothing’s worse than finding out on Day Two of a trekking holiday that your feet are unhappy with their footwear.

It’s a self-guided walk, but you’re still fully supported: accommodation is all booked up, luggage transfers mean you only have to take a daypack while walking, and maps, trip notes and a GPS mean that you can confidently explore the beautiful countryside in splendid isolation.

Peregrine Adventures offers a self-guided walking itinerary through the Pyrenees, all the way from Setcases to Banyuls Sur Mer.