Mosquitos, ticks and tsetse flies: how to avoid insects on your travels 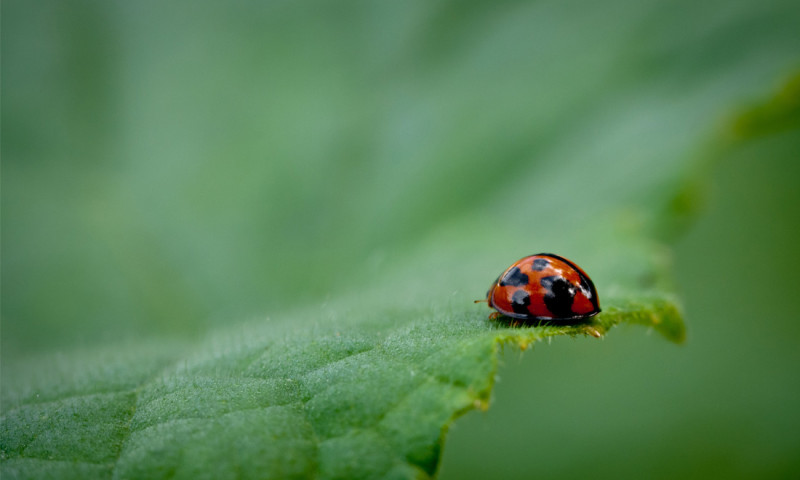 Insects suck, both in the figurative and literal sense. Some – like bees and butterflies – suck nectar, which is rather sweet. But then you have critters like mosquitoes, ticks and the tsetse fly. Not so fun for travellers.

Fortunately, humans have come up with some pretty effective cures and treatments against many of these afflictions over the years. Immunity from Yellow Fever is now only a matter of a needle jab, and malarial medications and treatments are easily available for many travellers. These two technologies – particularly when used in conjunction with DEET-containing insect repellents and sprays – are the most reliable ways of guarding against insect infection.

We’d never advocate forsaking any of these precautions unless explicitly advised to by a medical professional. But there are a number of easy steps you can take to decrease your chances of getting bitten while traveling.

Due to their capacity to spread Malaria, Yellow Fever, Dengue, Trypanosomiasis, West Nile virus and a whole range of other infections, mosquitoes are considered the world’s most deadly animal family. Malarial mosquitoes tend to bite between dusk and dawn, Dengue carrying ones during the day.

Because they spread these diseases by puncturing skins with their proboscises (that is, their stingers), covering up is the first practical line of defense. Loose and light clothing of a tight-weave is best. Folds of fabric are harder for mosquitoes to sting through than clothing that’s skintight, and fabrics light in both colour and material breathe better and absorb less heat. Mosquitoes are attracted to the lactic acids produced in sweat, so the cooler you keep, the less attention you’ll attract.

It’s generally believed that the detection of carbon dioxide is another way that mosquitoes find their targets. Therefore, try to avoid engaging in activities that will get you breathing heavily. If you do end up building up a sweat, take a wash when you get the chance: it’s old rather than fresh sweat that really creates a buzz.

No mosquito net over your bed come sleepy time? Is there a fan? If so, switch it on and arrange it so that it blows across your body. Mosquitoes can’t fly against the wind.

The Tsetse/Tik-Tik Fly is a known carrier of African Trypanosomiasis, otherwise known as Sleeping Sickness. The good news (for travelers at least), is that it’s very rare for anyone to contract this sickness who hasn’t lived in Tsetse country for a prolonged period. Getting a bite here or there is only likely to leave you with a red, itchy welt for a few days.

Tsetse live in mid-continental Africa, between the Sahara and Kalahari deserts; generally in woodlands or near bodies of water. During the hottest part of the day they rest in bushes, so opt out of early-afternoon scrambles through the brambles if you’d like to lessen your chances of encountering one.

Debate reigns over whether insect repellent and Permethrin (an insecticide) are effective repellents, possibly due to different levels of resistance between different species. Some folk also claim that the tsetse have an aversion to Dettol.

The bane of hikers and outdoorsy types the world over, ticks can kill dogs and infect people with Lyme disease (although this isn’t common).

Both DEET-containing insect repellents and Permethrin are considered quite effective at guarding against ticks. Another (less fashionable) measure, is tucking your trousers and into your socks and shirt into your trousers. This makes it both harder for ticks to get to your skin and easier for you to spot any trying to (especially if you’re wearing light clothing). Ticks go for warm areas, so conduct regular ‘feeling checks’ on your head, neck, armpits and groin.

Once a tick has inserted its head into your skin, there’s a bit of an art to getting it out. Try not to twist or jerk its body as you might end up leaving its head still lodged in.

Finally, live ticks can be surprisingly difficult to kill. Don’t just stamp on it and take it for dead – it might turn around and climb back onto you.

The most surefire way to avoid getting bitten by bed bugs is to avoid sharing a bed with them. Sounds easier said than done? Not necessarily. While beds bugs themselves are adept hiders (joints and crevices of bed frames are the favourite spots, though they can hide in couches, under carpets, in wall sockets…), they’re not so good at covering their tracks. Look on the mattress for small shells, faeces and bloodstains. A musty, coriander-like aroma to the room can also evidence an infestation. If things seem suss, ask for another room. Whether insect repellent or Permethrin-impregnated bed sheets offer protection is a matter of contention between bug boffins.

If you do get bitten by bed bugs, remember that it’s not the end of the world. There is no evidence of them having transmitted diseases and the bites typically disappear within a week or so.

What you really don’t want, however, is to bring them home with you. Just like you, bed bugs love to travel. Hopping into your luggage, clothing or sleeping bag and accompanying you home to set up shop in your house is their idea of a great holiday. To guard against this, leave your clothes hanging up in the closet rather than crumpled on the floor, and your luggage in the bathroom or on a chest or desk (bed bugs have a dislike of hard surfaces).