Traveller tales from the Hippie Trail 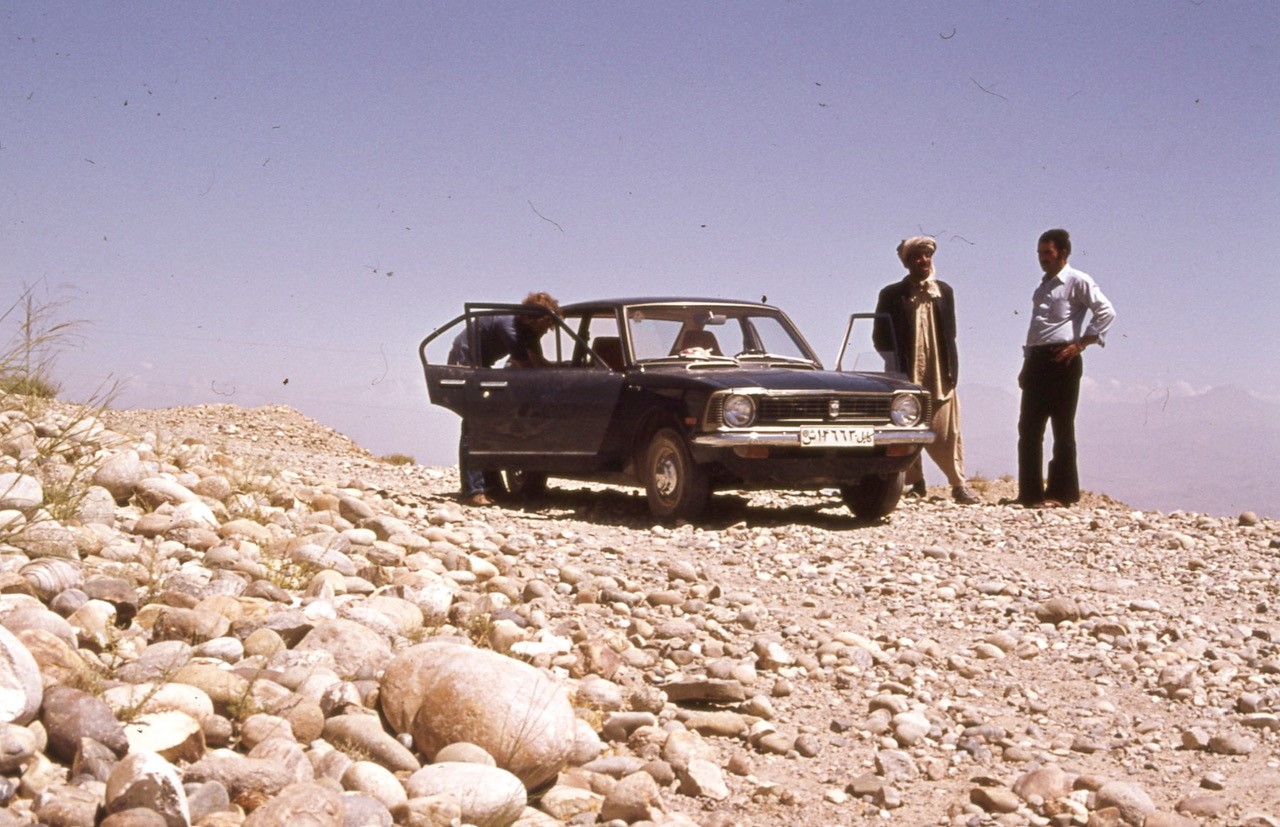 Hitchhiking through Thailand, bonding over guitar singalongs, sleeping off dysentery in the back of a van…such was life during the wild days of the Hippie Trail, the famous overland journey from Europe to Southern Asia made by thousands of free spirits in the 60s and 70s.

We ask six adventurers to dig out their old diaries, take a wander down memory lane, and share some of the wildest stories and fondest memories of their time on the Hippie Trail. 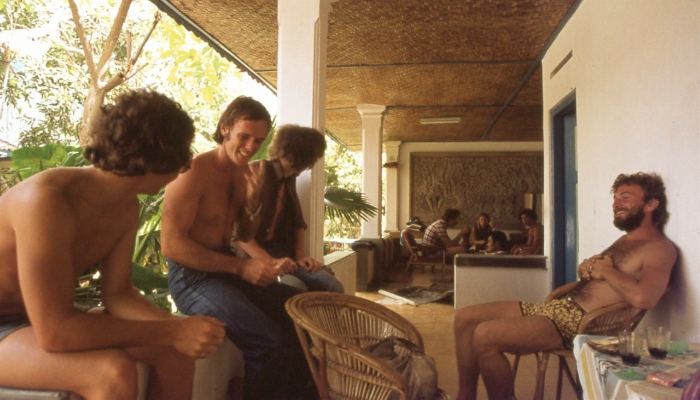 Norbert Wichmann travelled from Germany to Australia via Turkey, Iran, Afghanistan, Pakistan, India, Nepal, Myanmar (Burma), Thailand, Malaysia, Singapore and Indonesia in 1976 with a school friend. He was 24 years old:

“[Communicating with locals] wasn’t much of an issue, perhaps most so in Afghanistan, but with some hand signs, a bit of English and (very few) words in the local languages, we got around. Apart from English and German, in which I am fluent in both, I had studied Spanish and French at school, and Russian at Uni. I had an interesting encounter in Bali with an Indonesian soldier, where we realised the only language we had in common was Russian (albeit not enough for a lengthy chat).

“Almost getting stuck in Tehran on our way to Meshed because every official train and bus was booked out by locals for a pilgrimage. We found a minibus who took us; we had to pack our stuff within minutes…At night time we slept on the shores of the Caspian Sea on the pavement under the sky with our bundled-together ‘travel group’. 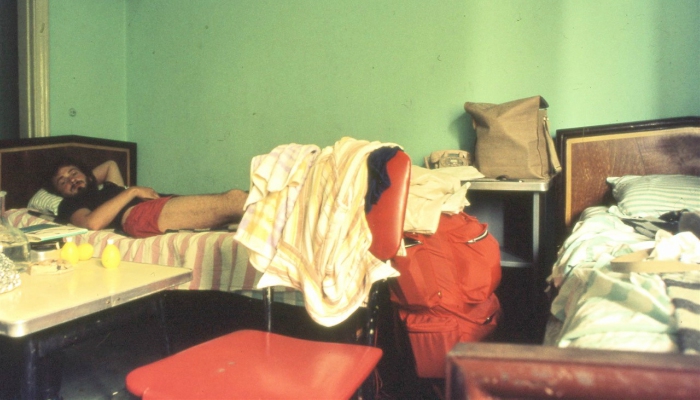 “Seeing Kuta (in Bali) as a small dusty village in 1976, and then seeing it again 24 years later and not recognising one single thing, that is how much it had changed.

“[The trip] did instil an even greater desire to see more of the world. By now I have travelled to more than 70 countries…and have another trip already planned and booked for this year…I truly believe in the St Augustine phrase that the world is a book and that those who don’t travel only read one page.”

“In Kashmir…there was a big party on the Bendemeer house boat – BYO Indian rum and brandy and a couple of hubble-bubbles (hookahs) going. There aren’t actually a lot of memories of the evening but we made it up the next day to go horse-riding through the snow up to Gulmarg Ski Resort, with monkeys in the snow along the way. That was spectacular.

“There were experiences most on these sorts of trips probably had – an elephant across the road blocking the bus; having to push the bus; being in the middle of nowhere and locals suddenly appearing from who-knows-where with stuff to sell (excellent yoghurt).

“Then and now it is amongst the best of my travels – an extremely fascinating part of the world and the crossroads of history….Every day was an adventure and everywhere new. We got on well with each other and had fun, but also learnt a lot and saw how others lived. We respected that we were visiting great cultures and the white West wasn’t the world.”

Vivien Hewitt travelled from the UK to Australia via Greece, Yugoslavia, Turkey, Iran, Afghanistan, Pakistan, India and Singapore with her husband and 18-month old son in 1976. She was 24:

“In a small town called Corum (Turkey) our Land Rover was filled with the wrong fuel which stuffed up the engine and it had to be rebuilt. We had to accompany the head mechanic on the coach to Ankara to get replacement parts, then wait for the engine to be repaired. While we were waiting we had several dinners with him and his family, who made us feel very welcome despite the language barrier. In Bombay, we met a wonderful Sikh who offered to keep our Land Rover in his garage while we worked out a way to get it home. 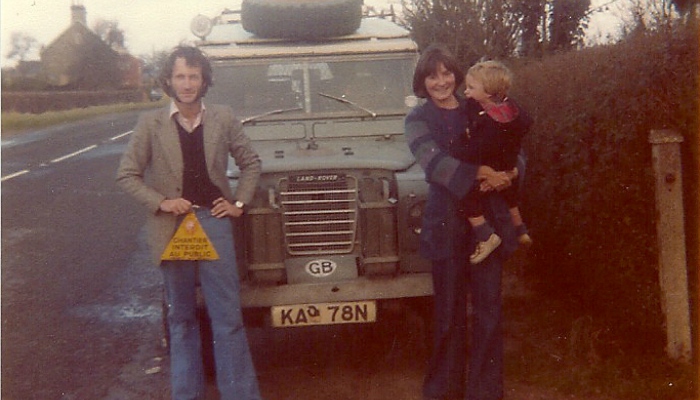 Vivien with her family and the trusty Land Rover on the Overland Trail in 1976. Image by Vivien Hewitt.

“It was a great experience and I think we were lucky to have been doing the trip then, just before the Revolution in Iran and the Soviet invasion of Afghanistan put an end to the overland route.”

Virginia Shirley travelled from London to Australia via France, Switzerland, Italy, Greece, Turkey, Iran, Afghanistan, Pakistan, India and Nepal with a friend from her brother’s band in 1972. She was 19:

“[The] locals were great, communicating mainly by playing music, all the guys playing the guitars. The Shah of Iran was still running the country. He was rolling out brand new Mercedes buses for the nomads and bringing electricity to their villages…

“Crossing from Iran into Afghanistan was a five-kilometre demilitarised zone….trucks backed up waiting to cross the border. By the time they got to us, it was just on dark and they wouldn’t let us through, said we had to stay the night. They took our passports off us and shut us all in a huge building. The guys all started playing acoustic guitar and singing, and the Afghans thought they were fantastic – they only play one-string guitars!! So we all bonded over music. It was all a bit scary but we got through it.

“We were in Kabul in Afghanistan the day the Vietnam War ended and you couldn’t change any money. Everyone was freaking out that the US had abandoned Vietnam. The news was hard to get, remember we had no mobile phones or GPS….no maps even.

“I used to always imagine what it would have been like to be born in these countries as we passed through them and how my life would have been so different. I came back to Sydney and entered Sydney University as a mature age student and studied Archaeology…the trip had so inspired me to know more about that part of the world.” 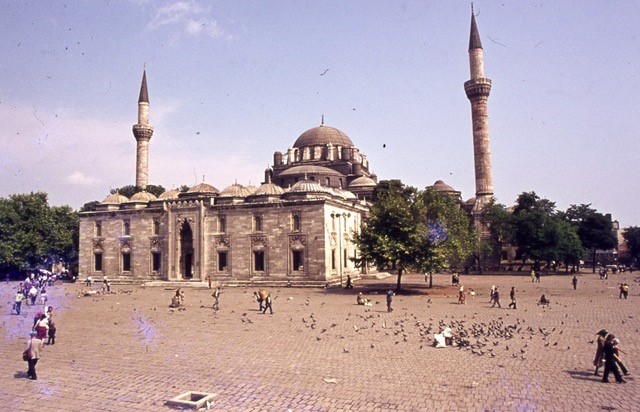 Lyn Morley travelled from London to Kathmandu in a 4WD truck named ‘Bunny’ in 1977 with seven others:

“Spending a whole day virtually nonconscious from dysentery in the desert in Iran. Bunny had got stuck in the sand and had to be dugout. I had no medication and there were no medical facilities. After three days all I could have was black tea and warm Yak yoghurt. I have never drunk tea again.

“Investigating a strange noise behind a curtain in a little village shop to find the owner bottling his own Coca-Cola. Not being able to drink unboiled water, we thought Coke was safest.

“I think back now and I often wonder how my mother managed while I was away. The only communication was via snail mail. I did ring reverse charges before we left London and I think it cost about $30 (which was a lot of money back then). I think the whole overland journey was only a few hundred…” 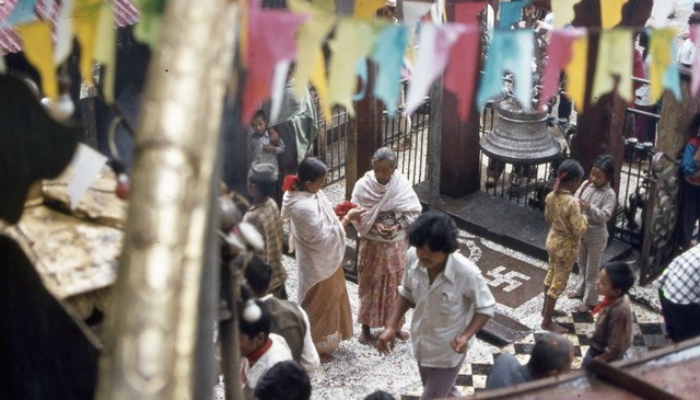 Kerry Fewings travelled from the UK to Australia via Greece, Turkey, Iran, Afghanistan, Pakistan, India, Thailand and Malaysia with a Malaysian friend and his girlfriend in 1976. She was 20:

“While [we were] all gathered in [a] room chatting one day, the hotel manager came in to ask if he could buy me. The seven males present thought it funny to string the manager along, asking for seven camels, then seven donkeys, but the manager kept explaining he had no camels or donkeys but lots of money in the bank. Finally, the students conceded they would not be selling me without camels in return. I, of course, did not find this at all funny at the time and didn’t sleep a wink that night…

“The experience was one you never forget and always treasure, especially when there are countries like Afghanistan where you can no longer go. I did have some scary moments along the way but was very lucky. Unfortunately, I never had a camera and don’t have any photos of this time, a big regret now – but at the time it was all about living in the moment.” 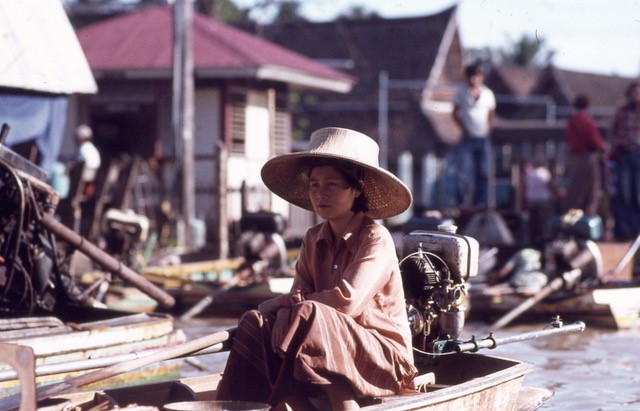 The world has changed a lot since then, and so has travel. But that doesn’t mean you can’t have exciting, life-changing adventures today. Find your next adventure here and to make some new dinner-party-worthy stories.