It all begins where the world ends, fin del mundo.

Ushuaia is at the southern tip of Argentina in the Tierra del Fuego archipelago and is known as the gateway to Antarctica, due to it’s proximity to the Antarctic Peninsula. From here the Ocean Endeavour sets sail along the Beagle Channel towards the infamous Drake Passage. Everyone is welcomed aboard the ship by the crew before welcoming drinks and safety briefings.

The Drake connects the southwestern part of the Atlantic Ocean with the southeastern part of the Pacific Ocean and extends into the Southern Ocean. It is notorious for it’s large, violent seas and propensity to induce sea sickness. Fortunately for us, it was relatively smooth sailing. Over the next couple of days we spent a lot of time in safety briefings and gear preparation, along with inductions for those people that had booked optional activities. There was also a lot of food! We were also fortunate enough to view massive tabular icebergs as we neared the content.

Once arriving at the Antarctic Peninsula, the itinerary is dictated by the ice and the weather. Most landing spots are also limited in numbers of passengers per day so vessels jockey for position and have to negotiate landing times. Most days will see a morning and afternoon landing.

Our first stop was Whaler’s Bay on Deception Island. Deception Island is an island in the South Shetland Islands archipelago, with one of the safest harbours in Antarctica. This island is the caldera of an active volcano, which seriously damaged local scientific stations in 1967 and 1969. The island previously held a whaling station; it is now a tourist destination and scientific outpost. After a bumpy hour long Zodiak ride we arrive on the warm and pungent black sand. Antarctic Fur Seals laze on the beach and we spot chinstrap penguins for the first time. The hikers and skiers get their first chance to venture out.

Our afternoon landing is at Half Moon Island, a minor Antarctic island in the South Shetland Islands of the Antarctic Peninsula. The Island is home to a large colony of chinstrap penguins (2000 pairs). The weather isn’t too kind with persistent snow setting in.

Adelie, chinstrap and gentoo penguins cover the shores of Kinnes Cove. A Zodiak ride through the beautiful icebergs is a highlight of the day. Everyone keeps an eye out for the illusive leopard seal but they manage to evade us this time. Completely transparent black ice is retrieved from the water for the captains cocktail party later that night. 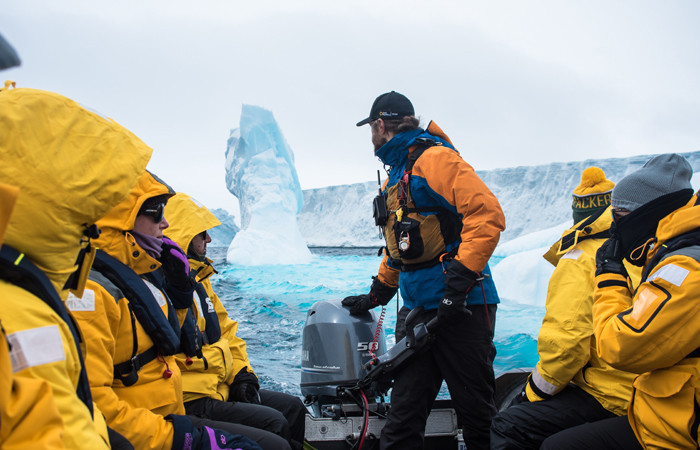 In the morning we arrive at Mikkelsen Harbor, a small bay indenting the south side of Trinity Island, in the Palmer Archipelago. On the island there is an Argentinian research base and a large colony of gentoo penguins. The sea is calm giving the standup paddle-boarders and kayakers a chance to hit the water.

Cierva Cove is a cove on the west coast of Graham Land on the Antarctic Peninsula. The area is famous for being an iceberg graveyard. The scenery is utterly breathtaking. Ice calves from the giant glacial cliffs crashing in to the water below. Brackish ice chimes at the bow of the Zodiaks. Light pierces through holes in icebergs revealing fellow travellers in Zodiaks on the other side. SUPs again get their chance on the water. 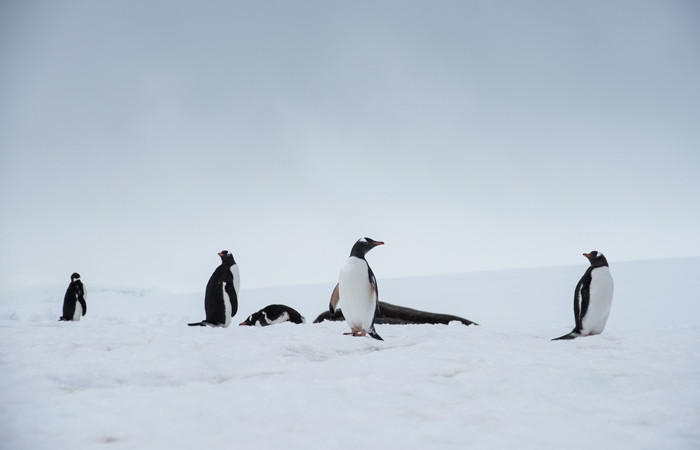 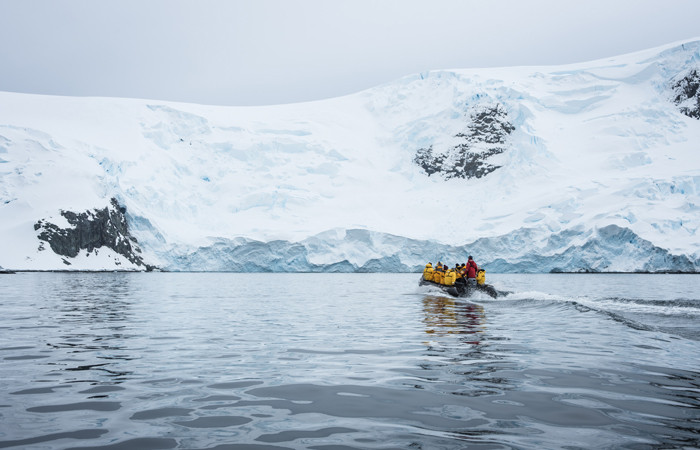 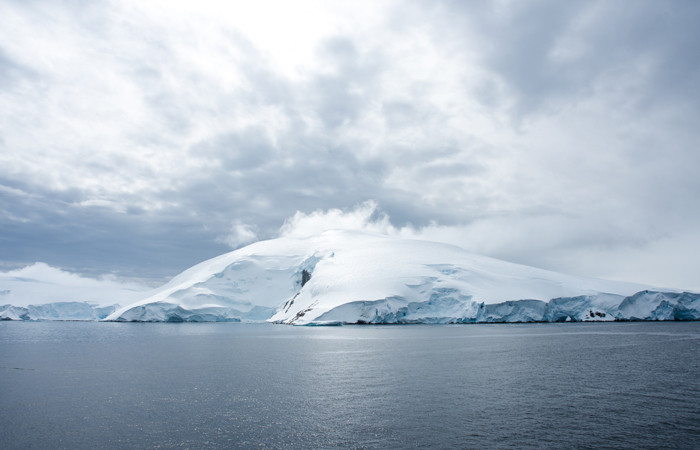 The beautiful calm conditions gave us the opportunity for the optional extra polar plunge. This was a right of passage not to be regretted. The experience was second to none. Those that chose not to do it were berated by the brave. Most were brave.

What turned out to be our last landing, Cuverville Island, is a dark, rocky island lying in Errera Channel between Arctowski Peninsula and the northern part of Rongé Island, off the west coast of Graham Land in Antarctica. Those lucky enough to be in the first landing group today were fortunate enough to witness Antarctica at its most beautiful and brutal. The day started off sunny with calm winds. The ice climbers set off, as did the kayakers. We explored the beach and witnessed an incredible gentoo penguin colony. Thew weather suddenly set in and caused chaos. The kayakers were dumped in the water. Climbers stuck on a sheer cliff and the rest of us faced immediate evacuation. The next landing was cancelled due to inclement weather. Fortunately our expert crew sailed us through huge pods of humpback whales in the Gerlache strait. We finally found the leopard seal!

The return trip across the Drake was somewhat of a sombre affair. It was over. The Drake was a lake. There was at least time for everyone to reflect and share their own unique tales. The days were full of informative nature and scientific lectures along with photography tutorials. The structure of the days went something like this: wake, eat, relax, eat, relax, eat, party, sleep, repeat. An amazing experience.