A map of Jerusalem’s most iconic sights 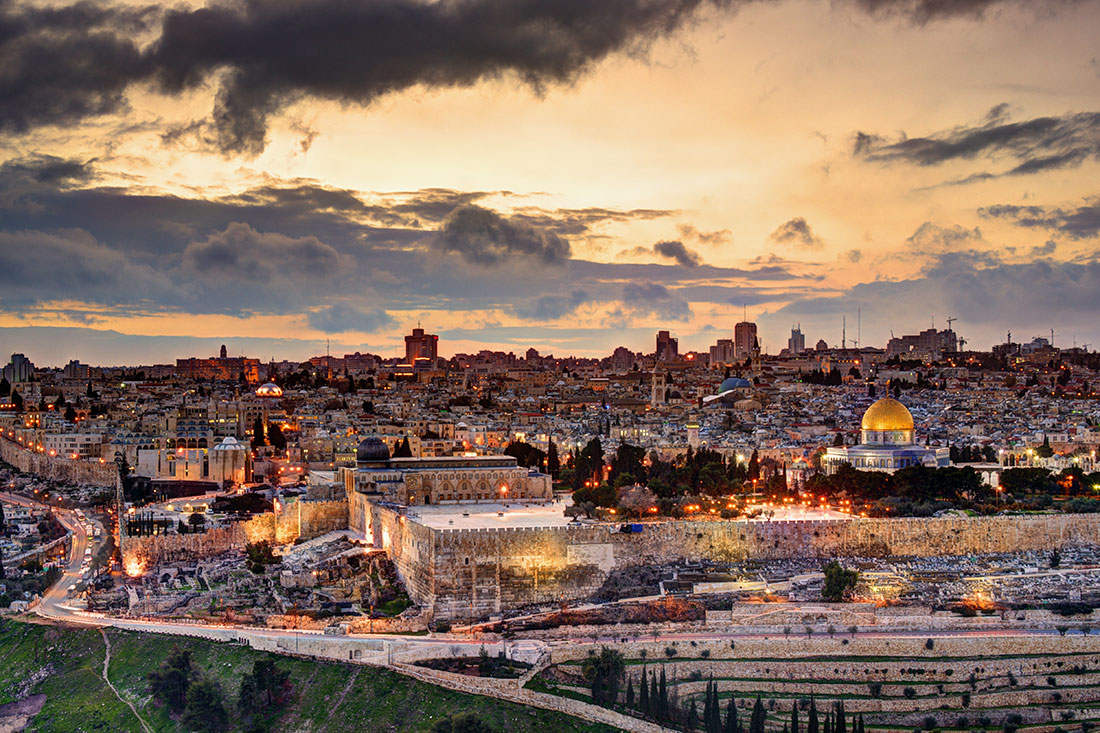 Jerusalem is one of the world’s oldest cities and of immense importance to Christianity, Islam and Judaism. The map below will help you prepare for your visit by showing you five of the biggest attractions.

Find out more about them below the map. As most of these sites are religious, it is advisable to dress modestly while visiting them.
Journey through Israel and the Palestinian Territories >

Church of the Holy Sepulchre 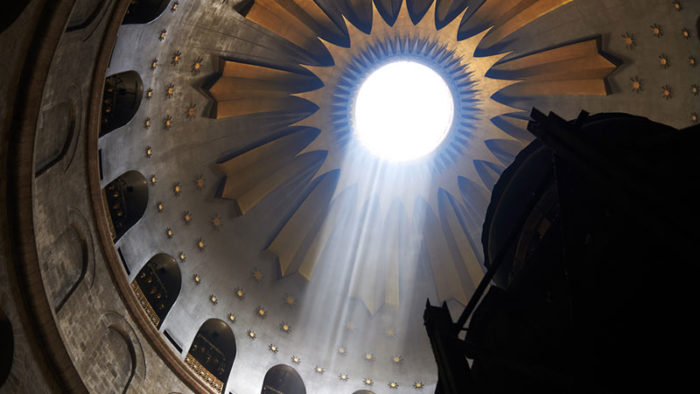 The Church of the Holy Sepulchre lies at the end of the Via Dolorosa, the path taken by Jesus on his way to be crucified. It is one of the holiest sites of Christianity and as the name suggests it is built on the site where Jesus is said to have been buried and resurrected. Following recent renovations, it is now possible to see stonework that is supposedly part of the wall of Jesus’ tomb. There has been a church on this site since the fourth century AD and it has been a place of Christian pilgrimage ever since. 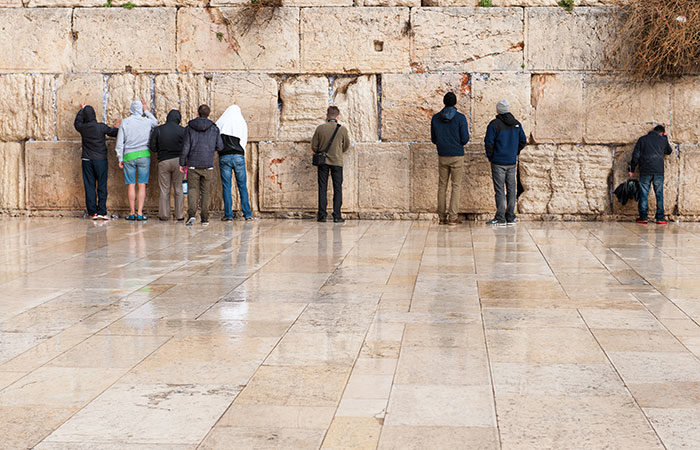 The Western Wall, made up of giant blocks of limestone, is the retaining wall of Jerusalem’s second temple, built around 19 BC by Herod and destroyed by the Romans in AD 70. It is the second holiest site for Jews (the holiest being the nearby Temple Mount). The site is effectively an open-air synagogue and men and women are segregated.

Dome of the Rock 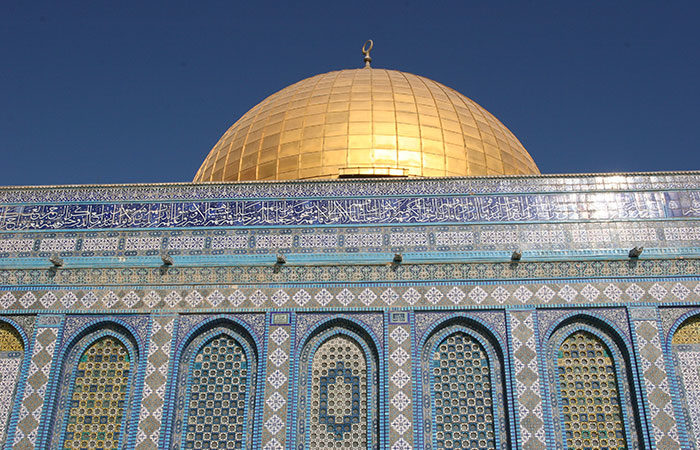 The Dome of the Rock is Jerusalem’s most recognisable landmark. This mosque is the third holiest site in Islam and was built in AD 691 over the ruins of the Roman temple of Capitoline Jupiter, which in turn was built on the remains of Herod’s temple. It is said to be the site from which the Prophet Muhammad ascended into heaven. While non-Muslims cannot go inside the Dome of the Rock, they can walk around the surrounding Temple Mount from where there are fantastic views of the Mount of Olives and the Old City. Photographers can also get a great shot of the Western Wall from here. Check opening times before you go.

Five wonders of Israel outside Jerusalem > 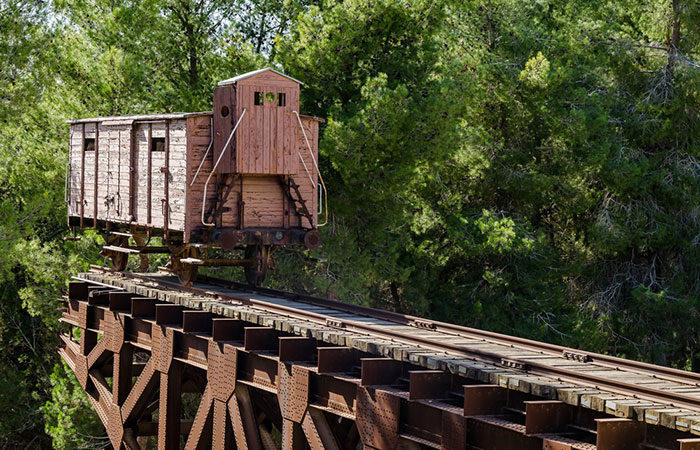 Yad Vashem is the World Holocaust Memorial Centre, a place of remembrance for the 6 million Jews murdered by the Nazis during World War II and those who tried to save them. Exhibits at the museum include the personal effects of victims and survivors of the Holocaust and photographs. The attached art gallery contains 10,000 artworks by Jews and other victims of the Nazis. 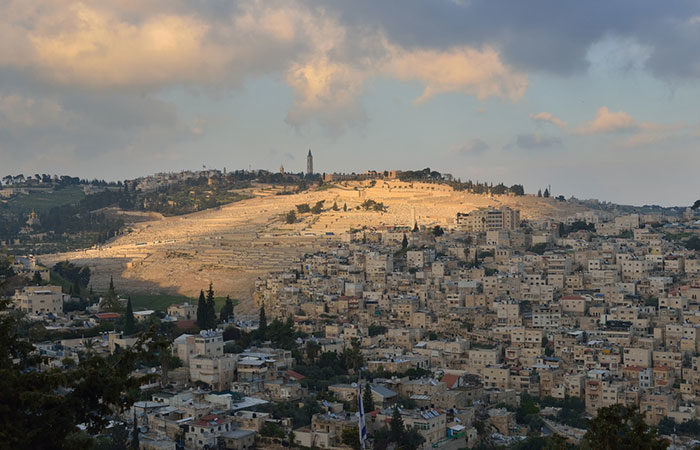 The Mount of Olives is a rocky hillside that marks the start of the Judean Desert. It is mentioned in the Old and New Testaments and is the place from which Christians believe Jesus ascended into heaven. Jews have wanted to be buried there throughout history because they believe this is where the resurrection will begin when the Messiah comes. There are thought to be 150,000 graves on the Mount of Olives.

Explore Israel on a premium small group adventure with Peregrine.