Our taxi pulls up outside some rusty wrought iron gates. Inside is one of Nepal’s philanthropic success stories: a tiny business that’s slowly changing the lives of local women.

It’s called Seven Women, and it began in 2006 as a grassroots project to help (literally) seven women who were suffering discrimination as a result of their disabilities. Nine years later, the project has expanded big time, with two centres in Kathmandu and four more in outlying villages. This is the largest, a three-story building lost in the warren of Kathmandu’s slightly crumbling backstreets. In the 80s and 90s this was all green fields. Now it’s a maze of houses and apartments – tall, whitewashed structures, their paint peeling around the edges. 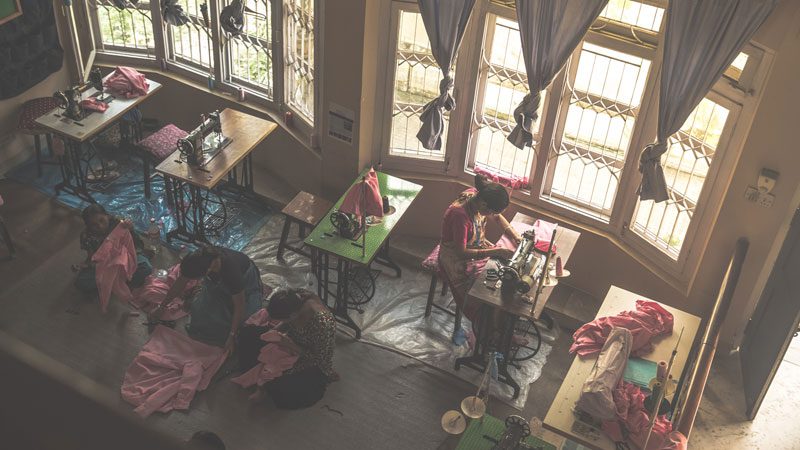 The gate opens up and our group wanders inside. The courtyard is boiling in the late October sun, but inside it’s quiet and cool. About fifteen women in sarees sit behind black Singer machines, feeding fabric through flashing needles with their fingers. The sewing machines are all old, classic models, powered by a foot peddle, and they fill the room with a soft mechanical jingling, like the noise a slot machine makes when it pays out. One of the project managers, Padam, bounds over and shakes our hand.

Seven Women a small operation by international NGO standards, but its achievements are substantial. Since its inception it’s employed and trained over 900 local women, many of them disabled, and their handicrafts are sold online and overseas. There is also a volunteer-run Seven Women Australia office which focuses on fundraising and creating sales channels for the products the women make.They run literacy and numeracy classes, a small cooking school, and promote fair trade goods that help everyone along the supply chain. Many of the school kids running through Thamel owe their uniforms to the trained tailors at Seven Women. 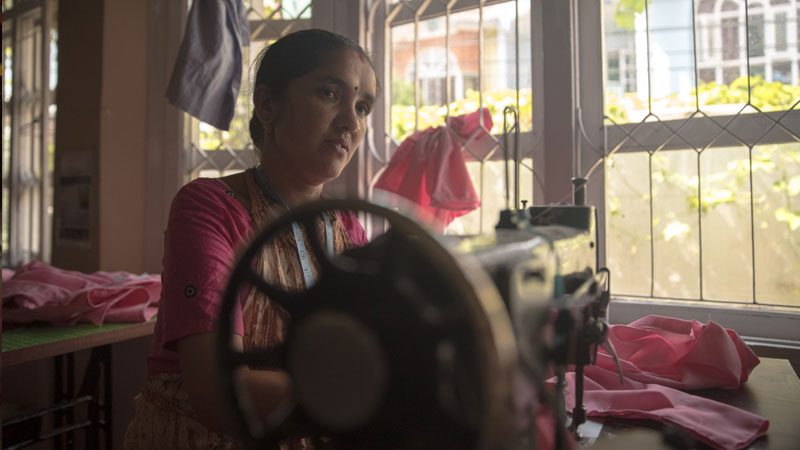 The women that work here are usually single and over 45, members of poor rural communities in the lowlands around Kathmandu. They might be divorced, or suffer from some disability like glaucoma, blindness or polio – the ones that fall through the cracks, the ones that may have lost their husbands, whose families won’t support them, who have no experience of the workforce. Here they can work, earn a wage and learn transferable skills. Padam says that most go back to their villages and start their own small businesses. It’s charity in its most sustainable form: an initial investment that repays itself a hundred fold.

Seven Women is part of a broader movement in Nepal, one in which women’s rights (and working conditions) are gradually improving. Traditionally women haven’t had many opportunities here. The society is pretty linear and entrenched: girls receive basic schooling and are then forced into arranged marriages within a particular caste or family group. 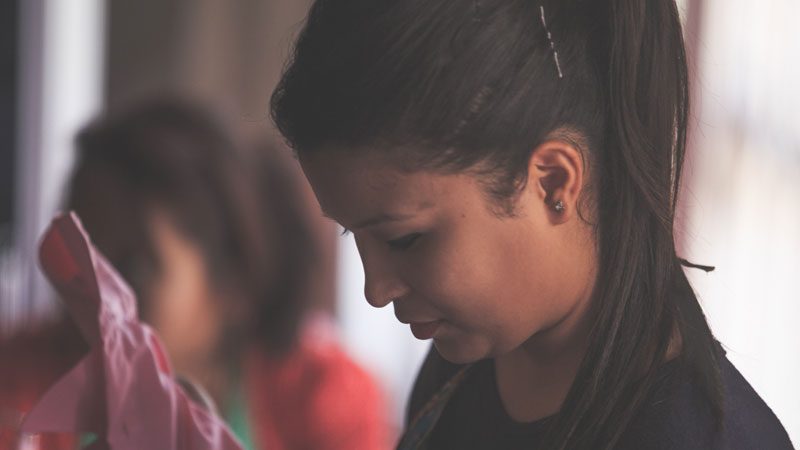 Or at least that used to be the norm. Today’s younger generation are starting to mix things up. There are now more women in industry and government than ever before. In fact Padam says girls are leading the way in medicine, engineering and law, with more women than men now going on to secondary education. It’s not a perfect system yet by any means, but the signs are good. Nepal is changing for the better. 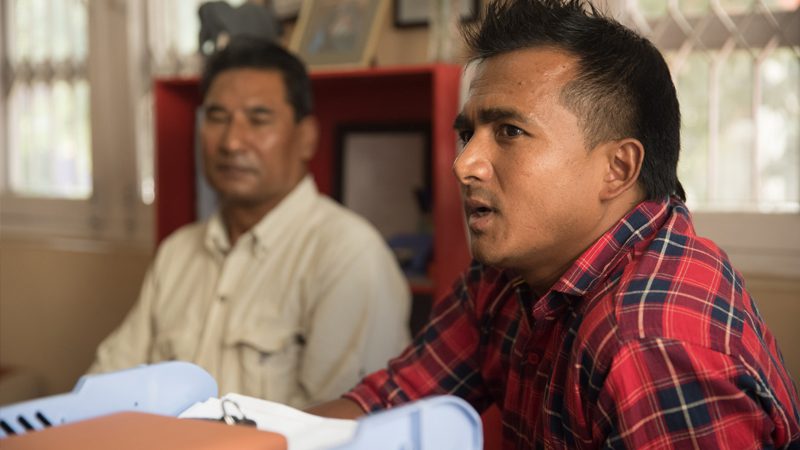 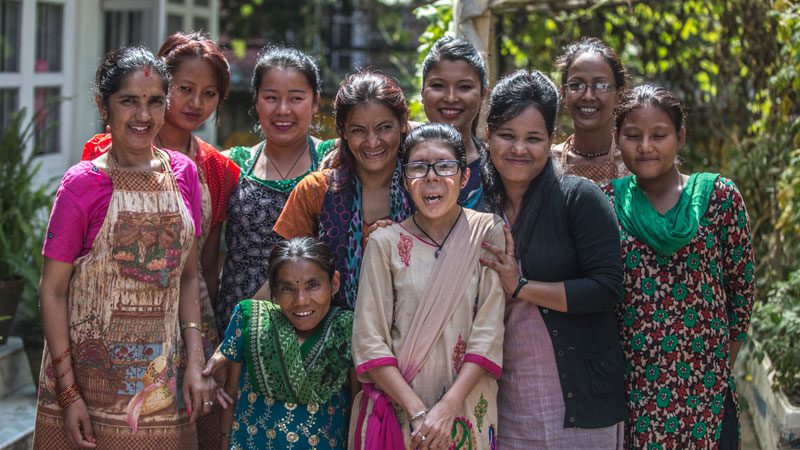 We spend a bit of time wandering through the house. There’s a little library on the second floor where the women can learn literacy and borrow a few old paperbacks to take home. Learning how to read and write at the Seven Women Centre has enabled them to help their children with their homework. There’s an upstairs kitchen for cooking classes. A roof garden with some big black water tanks and a few veggies. I can see some white rabbits hopping between the planters. Padam leads us back outside and around to the little shop attached to the house. There are cashmere pashminas, tiny felt finger puppets, silk scarves and shaggy woolen beanies. The quality is high, and you can feel the pride woven into the fabric. Any retailer back home would stock this stuff in a heartbeat. We all buy a few souvenirs and head back out into the sunshine. The women have gathered to see us off.

This is why I travel, to see stuff like this. A small project, doing some good, for no reward other than the satisfaction of making the world a slightly better place. We wave goodbye to the women and hop back into the taxi. I watch them as the car pulls away. The last thing I can see is their smiles, then they turn around, walk into the nondescript house and go back to work.

Want to help Seven Women? Check out their online store to buy some handicrafts, donate through the Intrepid Foundation, or visit the project yourself on a day tour with our sister company, Urban Adventures.

Why we became a B Corp