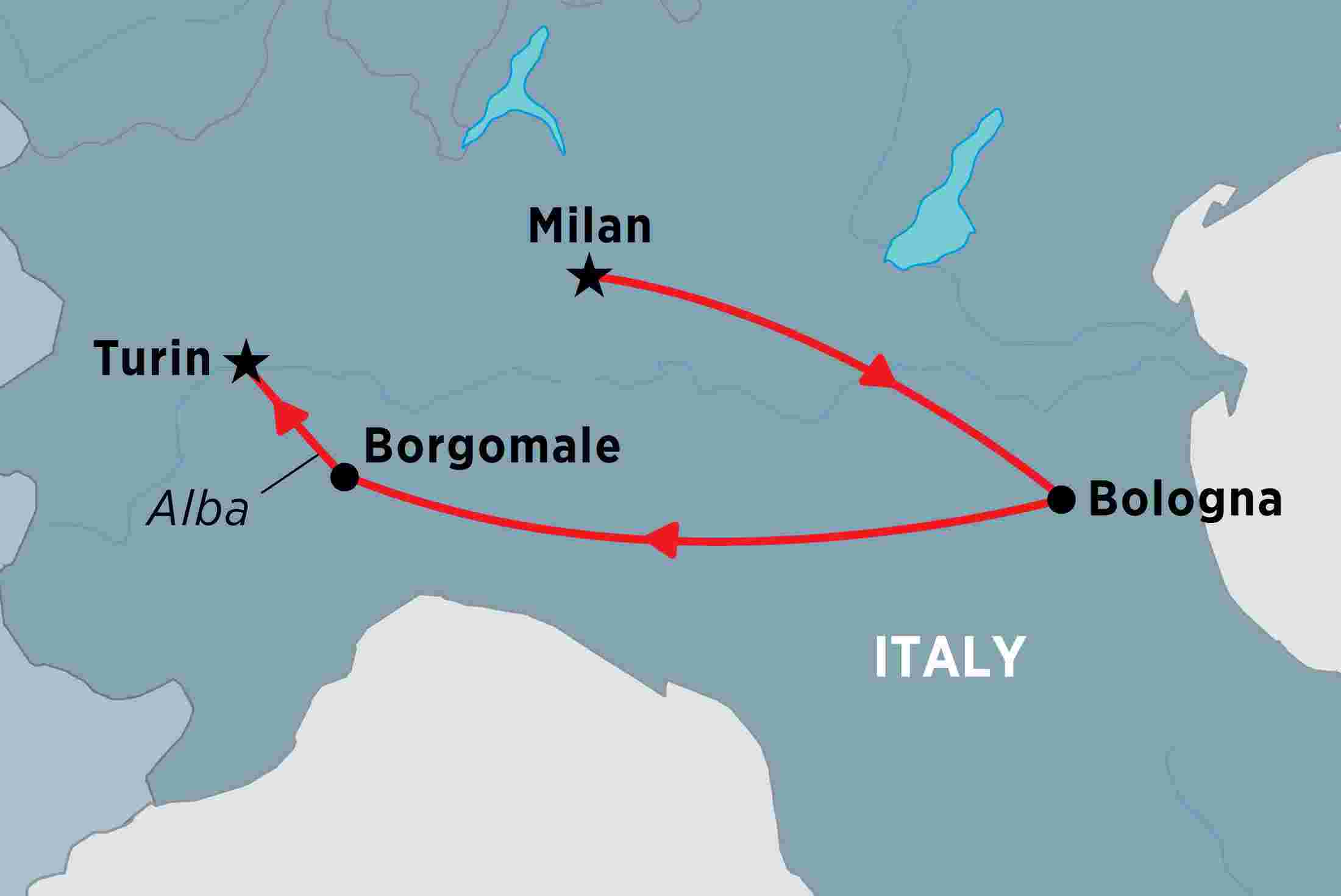 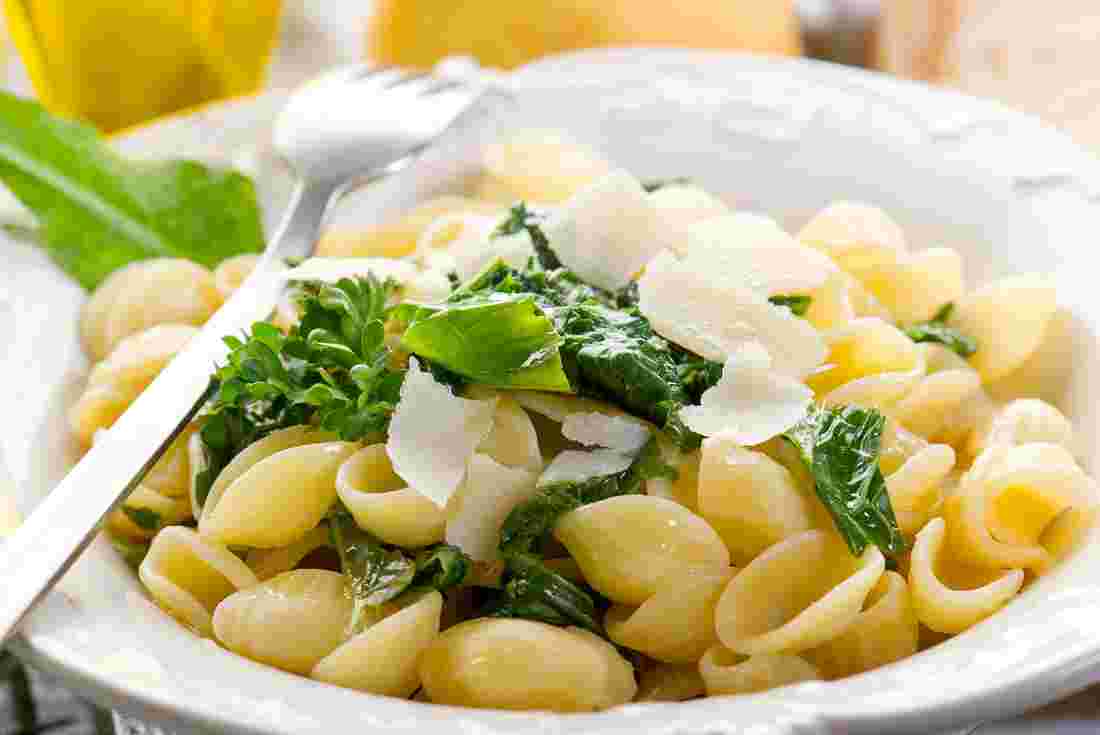 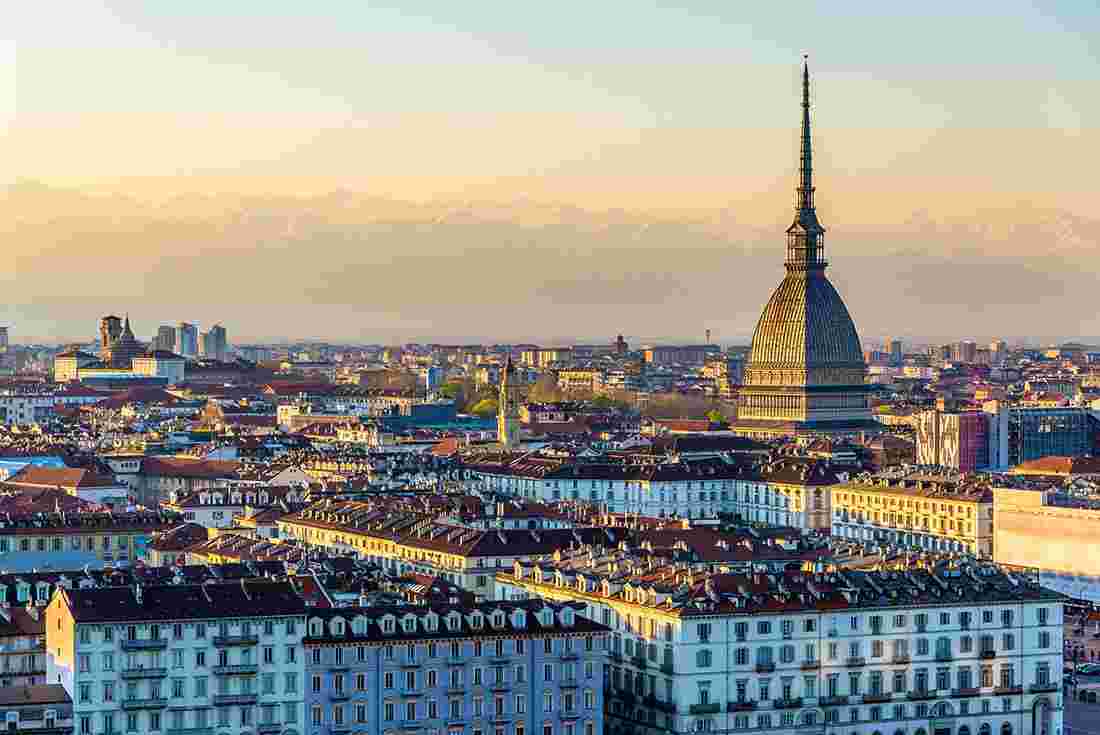 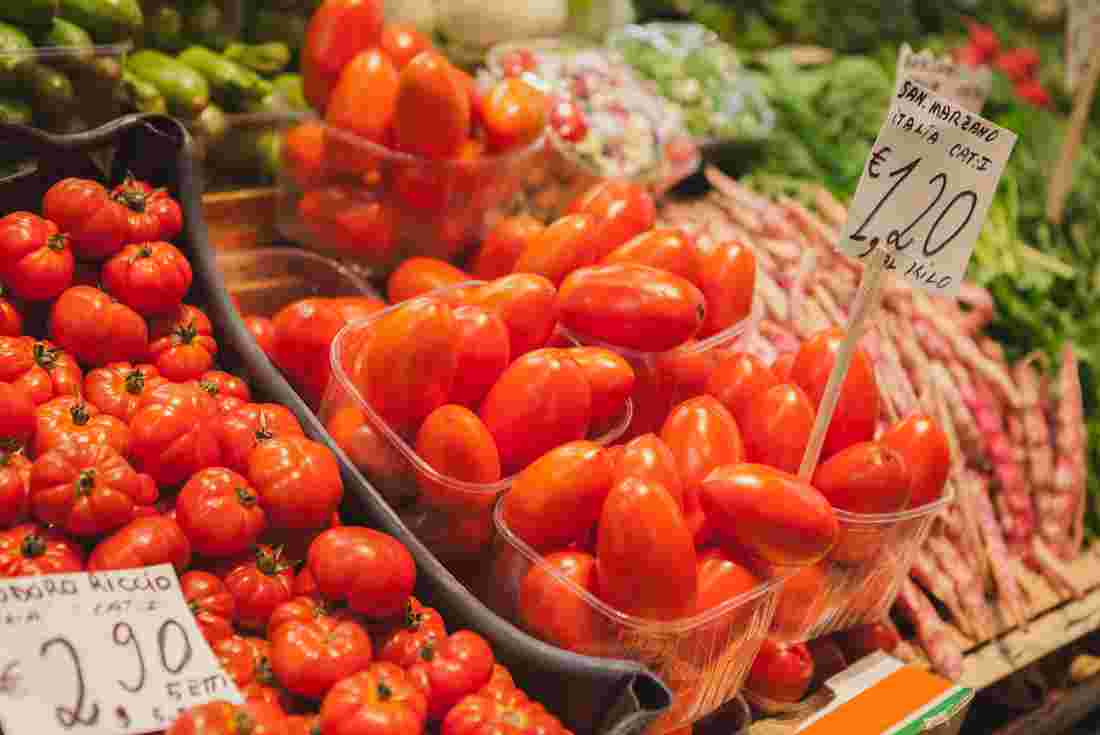 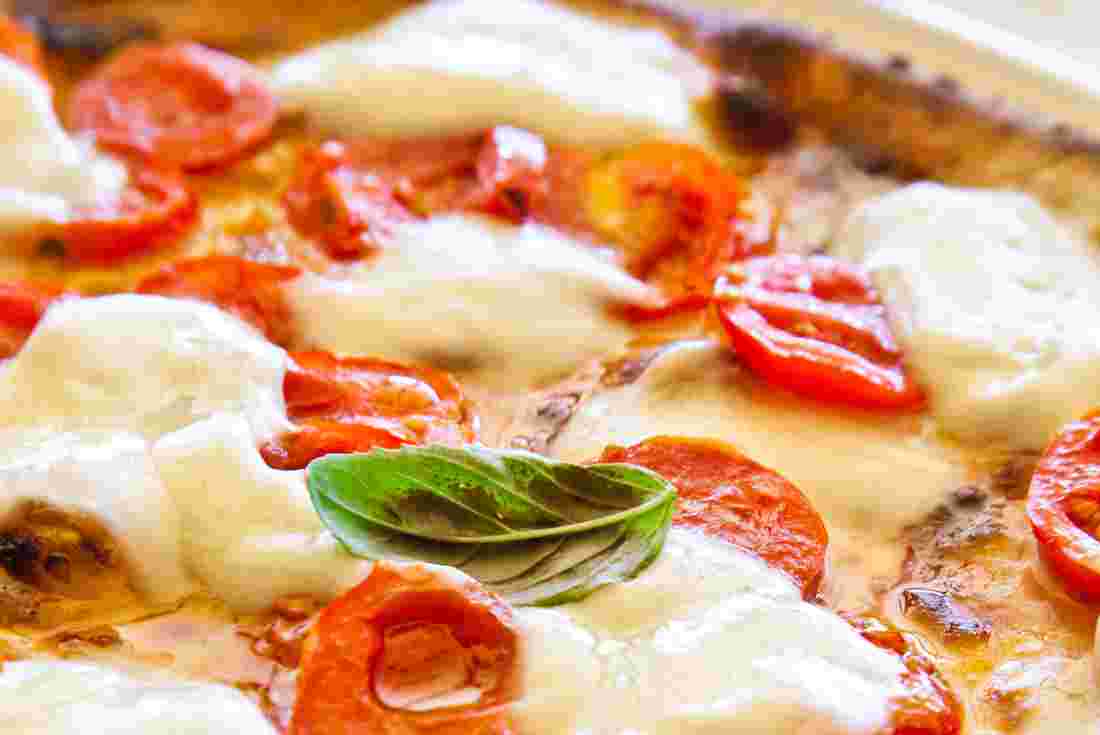 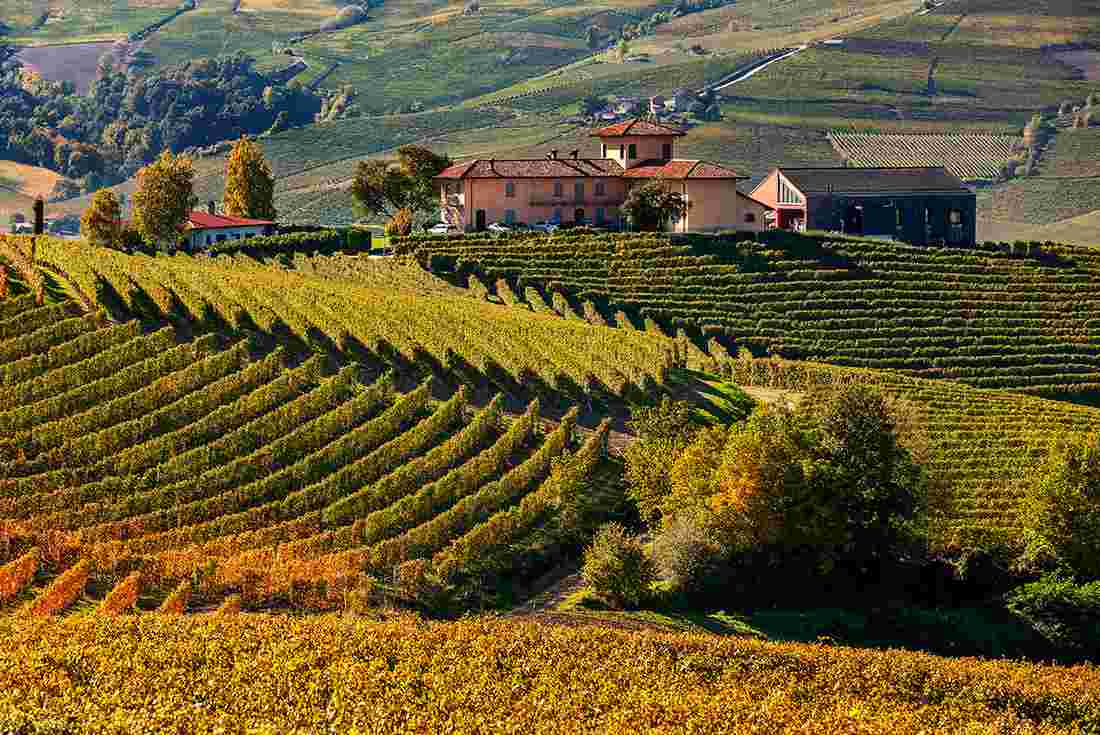 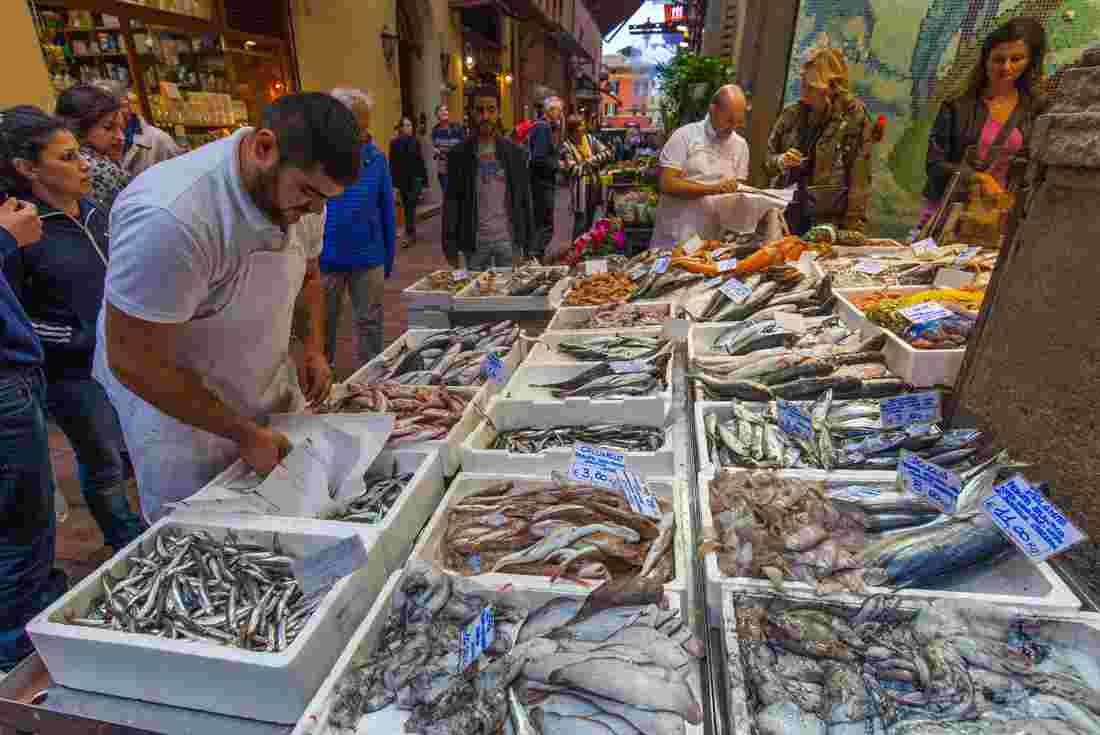 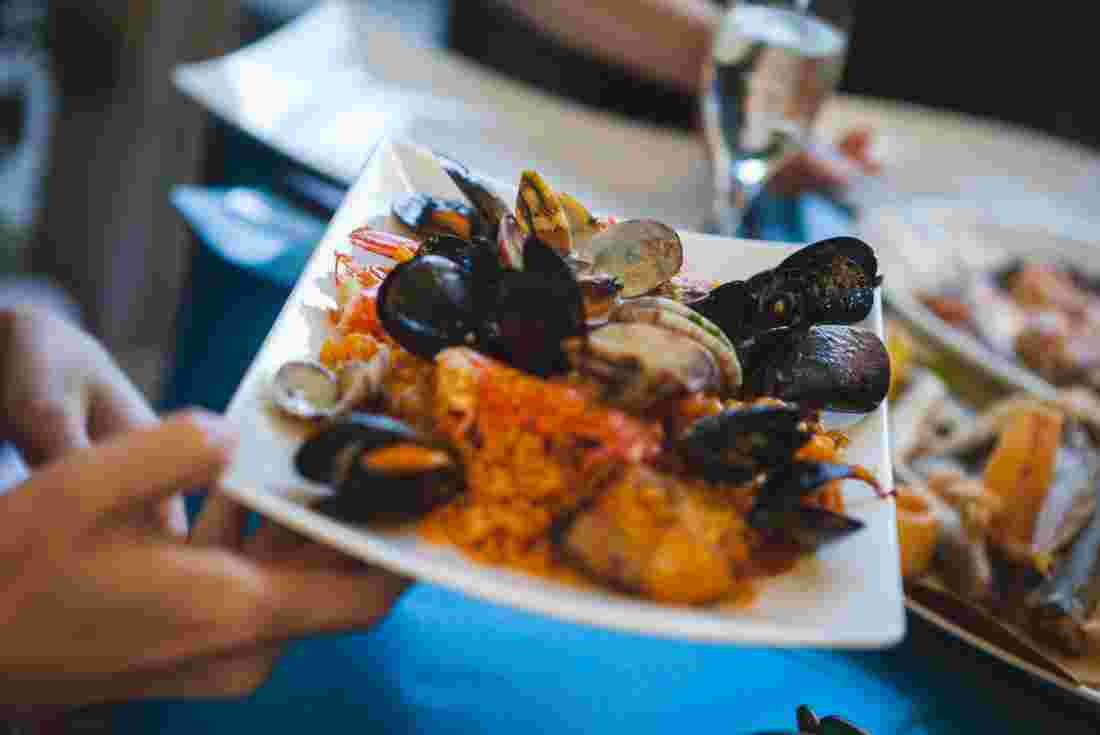 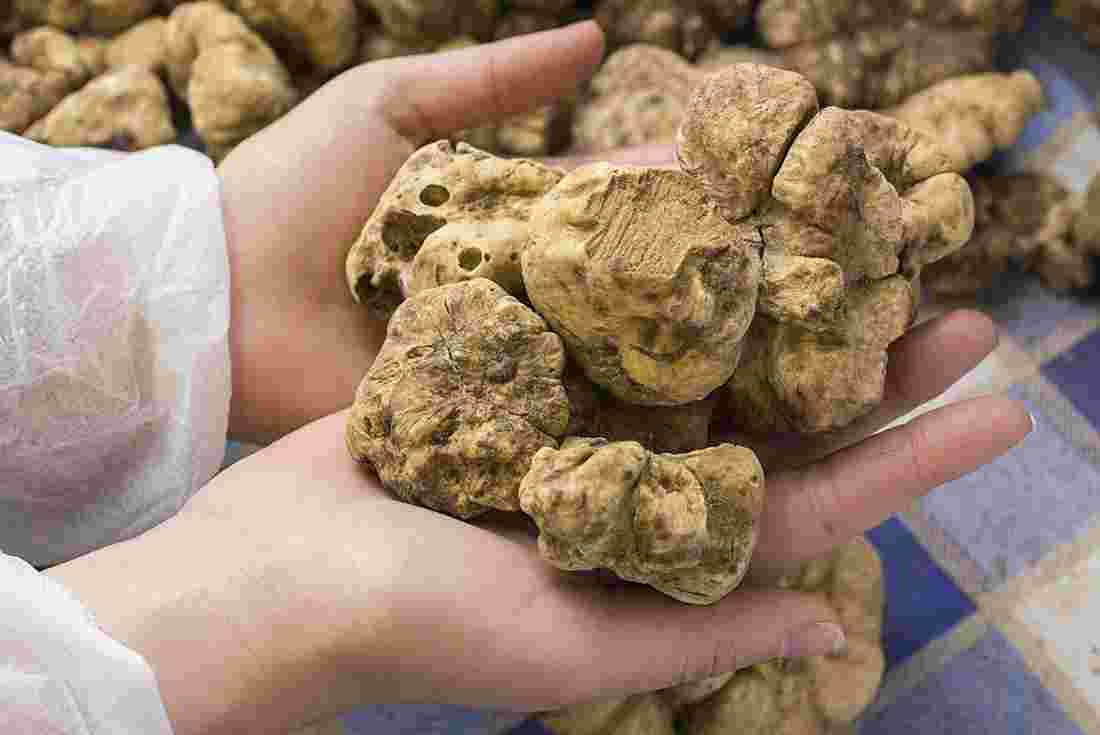 Benvenuto! Welcome to northern Italy. You will begin your Piedmont Food Adventure in Milan, which is actually in the region of Lombardy! This trip will focus on the culinary exploration of Piedmont and its regional flavours. There will be an important welcome meeting at 6 pm, but before then, you are free to explore Italy’s northern hub. Perhaps do a spot of shopping at the ornate Galleria Vittorio Emanuele II mall, or book in for a viewing of Leonardo da Vinci’s iconic ‘The Last Supper’ – it is highly recommended to book well in advance, as tickets sell out quickly. After your welcome meeting, where you’ll meet your group leader and fellow travellers, head out with your group to a local restaurant for an included dinner. Italy is known for its fine food and wine, so it with be tough choosing a meal as there are so many delicious options – think risotto flavoured with saffron, veal cutlets and the classic osso bucco.

Spend the morning exploring the city on a leader-led orientation walk. You’ll see the main sights of Milan, including the striking Duomo di Milano – the main cathedral of the city. This cathedral, dedicated to the Nativity of St Mary and taking six centuries to build, is the centrepiece of the main square, Piazza del Duomo. Take a visit inside with your group, and head up the elevator to the rooftop terraces, which offer panoramic views over the city. In the late afternoon, enjoy a traditional Milanese meal with an apericena – an informal-style dinner that encompasses a pre-dinner snack (or ‘aperitivo’) with a usual dinner (or ‘cena’). Here, you will taste a selection of hot and cold specialties of the region to begin your evening the right way. Once you’re satisfied, perhaps head in and around the city to explore Milan by night. Today includes a day metro pass, which is the easiest and quickest way to get around town and may be useful for your night exploring.

Today, take a taxi to Milan’s central train station, then board a train bound for Bologna (approximately 1 hour). A taxi will greet you upon arrival to transfer you to your accommodation. Bologna is a culinary haven, being the home of the classic Bolognese sauce, and offers a whole load of regional delights. The city is colloquially known as ‘la grassa’ (the fat) – for all of that rich decadent cuisine you’ll be tasting in the coming days. Join your group leader on an orientation walk around the area to get a hold on your surroundings. Later in the afternoon, head to a picturesque court of an old bake house – the location of your cooking class – where trained chefs, Barbara and Valeria, will lead the group through a lesson in Italian cooking, focusing on Bolognese and northern cuisine. After the three-hour lesson, you’ll sit down to a multi-course meal, along with paired wines – a true Italian experience. The evening is yours to enjoy at your leisure.

Today, you’ll be treated to an epicurean tour of the local region, making several stops along the way to delve into the rich culinary offerings of the area. First, you’ll stop in the town of Langhirano, known for its cured meats. Learn about the process and also sample some prosciutto, mortadella, coppa or zampone. Continue to the Parma region, famed for its prosciutto production. Prosciutto di Parma can only be produced from the hind legs of specially selected heritage breed pigs, raised in special conditions that need approval from the Consorzio. Visit a Consorzio-approved Parma ham maker for a guided tour to gain an insight into the production of this prized meat. Continue to Modena for an unlikely stop – the attic of a former farmhouse, where Peregrine-friend Giorgio and his family produce ‘real’ balsamic vinegar. It takes at least 20 years to produce this syrupy liquid, which is made according to centuries-old methods. Sample vinegar from oak barrels and, if possible, a special 30-year-old cherry wood version. Arrive back in Bologna in the late afternoon. The city is also home to tagliatelle, mortadella, tortellini in brodo (in broth) and a range of other cured meats and salamis. Along with the surrounding Emilia Romagna region, Bologna is a bonafide food mecca, so be sure to eat up tonight.

Today you will transfer to Borgomale, the home of your Peregrine feature stay, Hotel Relais Montemarino – a 19th century restored farmhouse overlooking the verdant Piedmont valley. In the afternoon, head with your group for an included wine tasting at Relais, tasting their range of wines with a professional sommelier all accompanied with local cheeses and cured meats, sourced from the surrounding region. Relax into the evening in the Italian countryside, perhaps with a swim in the farmhouse’s onsite pool.

Another quintessential Italian food discovery is on the cards for today. Travel to Langhe, home of white truffles, prize of the areas surrounding Alba. Drive through vineyard-covered hills, topped with centuries-old castles and pretty towns before arriving at Agricola Cian Piero Marrone (Marrone Winery) – a family-run winery and eatery. Join Gianni, affectionately referred to as ‘the truffle man’, on a hunt for this culinary treasure. As one might expect with such a rare and expensive ingredient, truffles are buried underground and can be difficult to find. Learn Gianni’s tricks for knowing where to dig, with the help of specially trained dogs by your side. There will also be a chance to purchase truffles at the end of the hunt. Afterwards, be treated to a picnic brunch in the forest (season depending), or head to a local restaurant for a special meal.

This morning, take a private transfer to Turin, the capital of the Piedmont region, surrounded by the Alps to the north of the city. With its grand, tree-lined boulevards, baroque architecture, palaces and castles – not to mention, its bevy of delectable cafes and restaurants – it’s not hard to see why Turin is often lauded the ‘Paris of Italy’. Join your leader on an orientation walk of the city. They will take you past some of the best spots and you’ll have some opportunities to taste some sweet treats along the way. Pay a visit to Guido Gobino (or possibly another chocolatier) for a chocolate-tasting. Though most look to Switzerland or Belgium for premium chocolate, Turin was the first European city licenced to produce chocolate (in 1678) and can more than hold its own against these confectionary powerhouses. Using their excellent locally-produced hazelnuts, the Piedmont region is responsible for creating two delectable hazelnut-infused chocolates – Gianduiotto and Nutella. You’ll also stop at a cafe to sample a local secret, Bicerin. This heavenly hot drink is made with espresso, drinking chocolate and whole milk or cream, and is another Turin specialty. Enjoy free time in the afternoon, then later in the evening, regroup with your leader and fellow travellers for dinner.

With no activities planned for today, you are free to depart the accommodation at any time. However, with little time spent in Turin, we recommend spending an extra day or two exploring this elegant city. If you would like to spend more time in Turin, we’ll be happy to book additional accommodation for you (subject to availability).

There are currently no scheduled departures on our Piedmont Food Explorer trip. If you are interested in other trips in the region visit one of the links below.

Many hotels in Italy have stairs instead of lifts. This means you will have to carry your own luggage, often up multiple flights of stairs. Make sure to pack accordingly and travel light if you think this will be a concern.

A Single Supplement is available on this trip, however spaces are limited. Please ask your booking agent for more information.