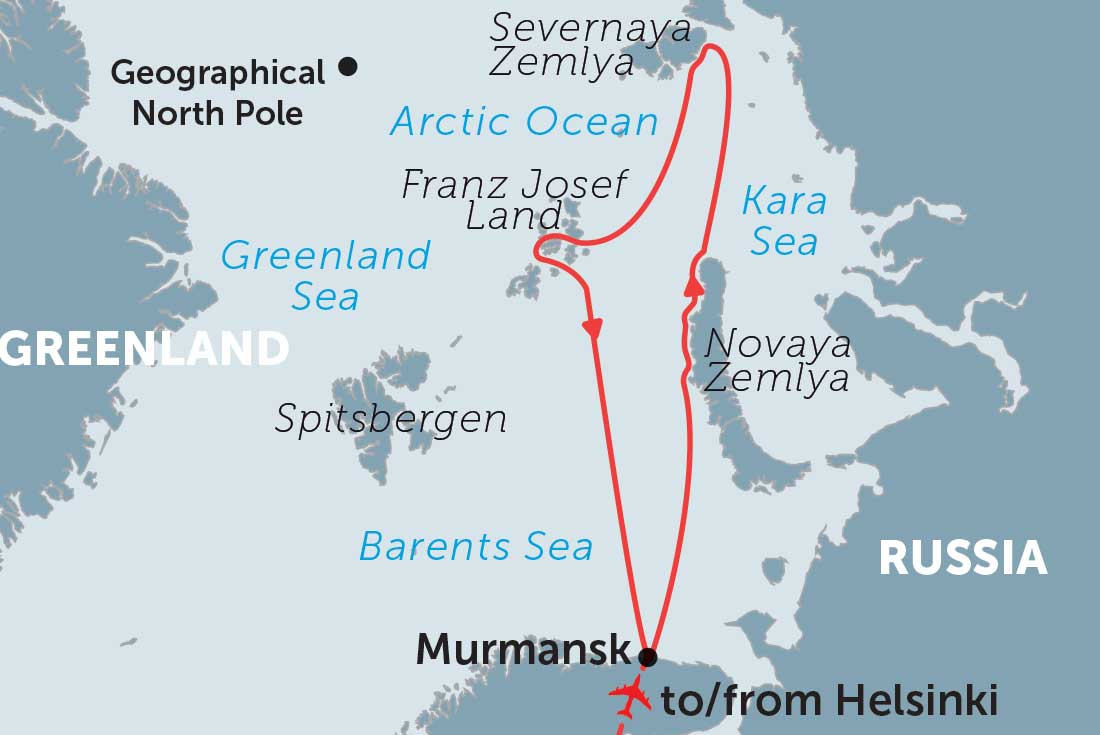 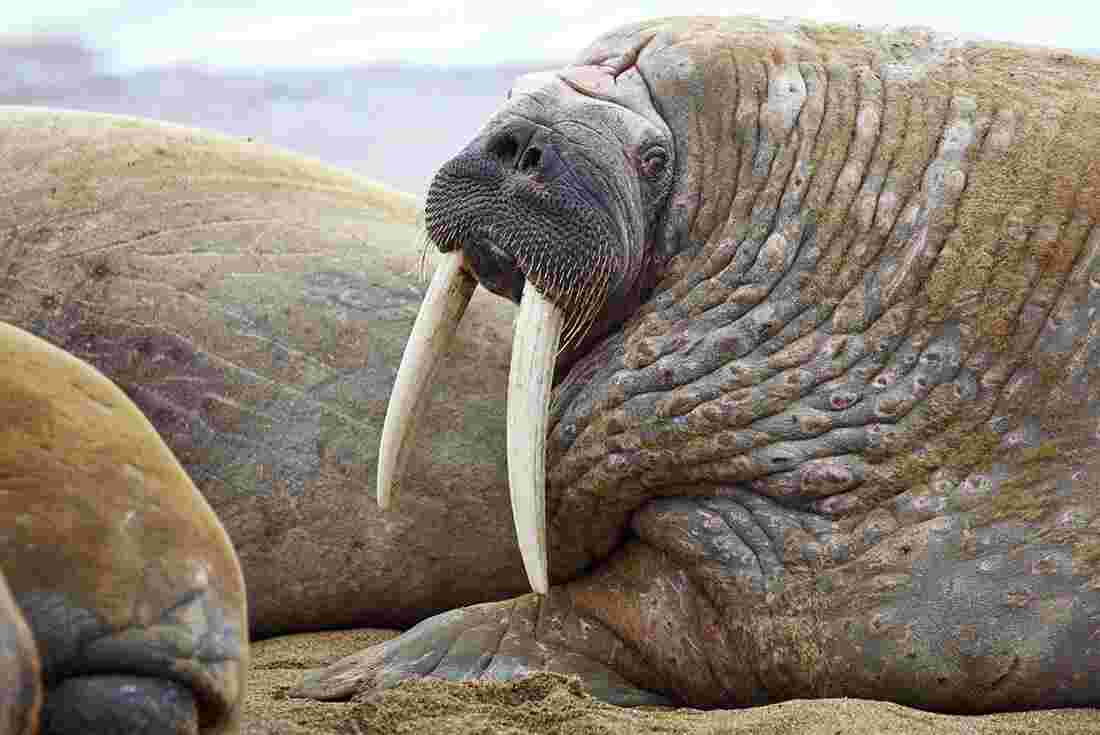 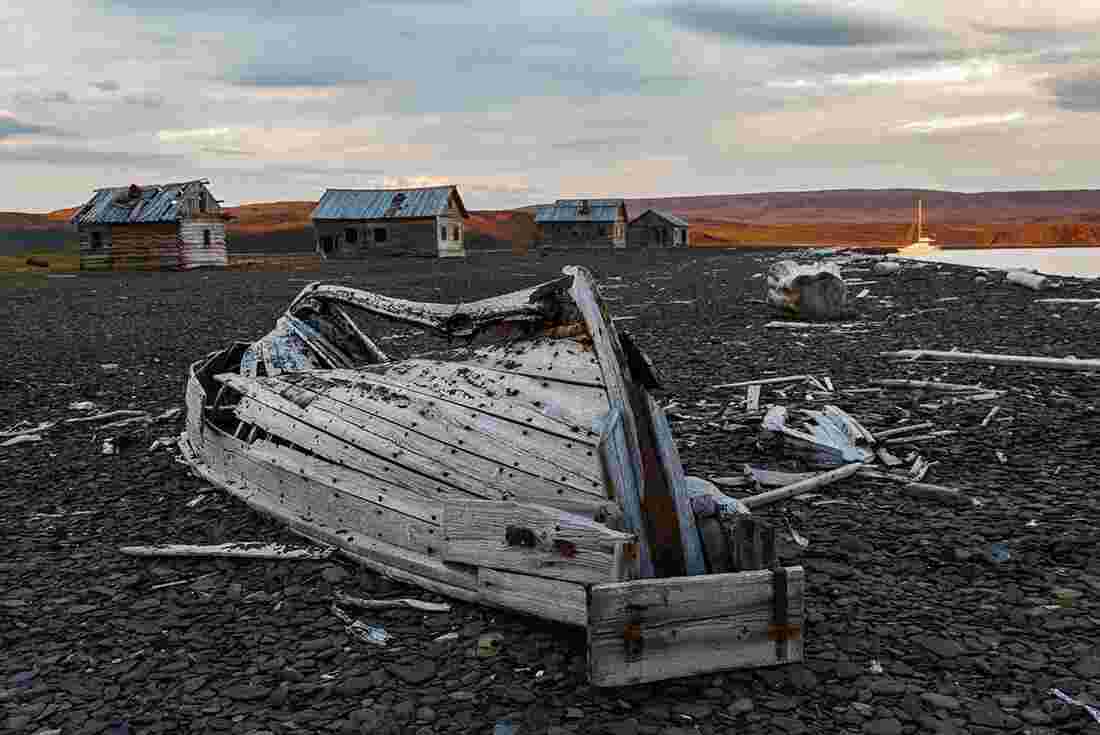 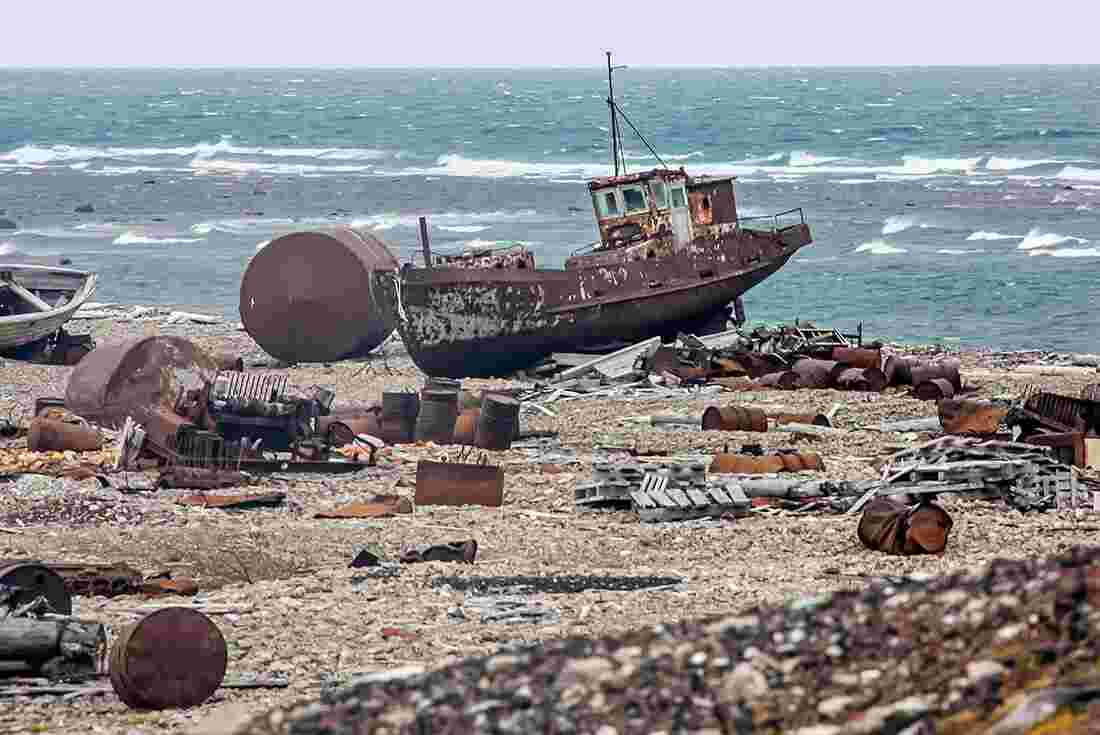 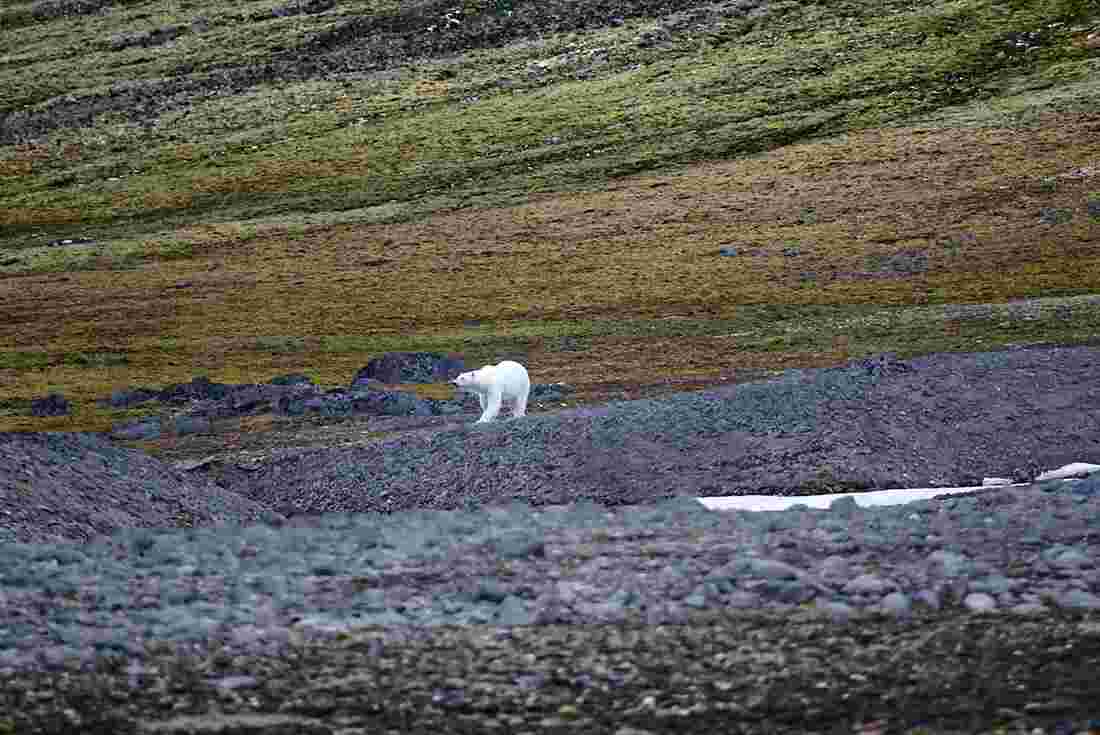 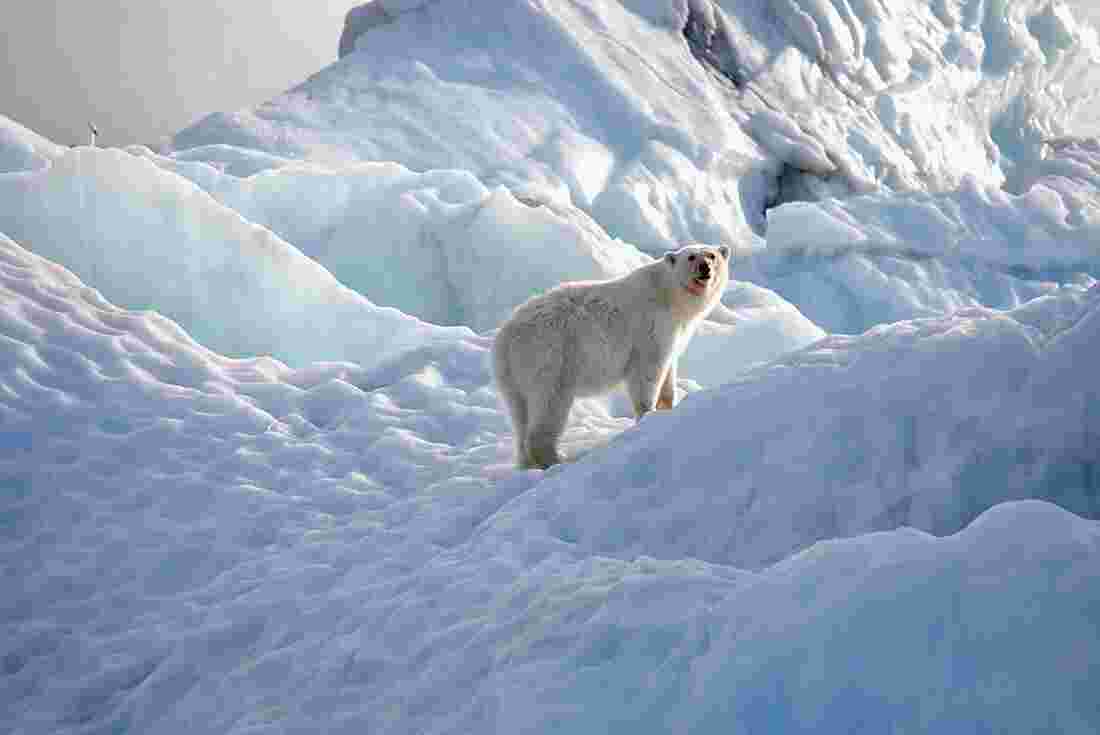 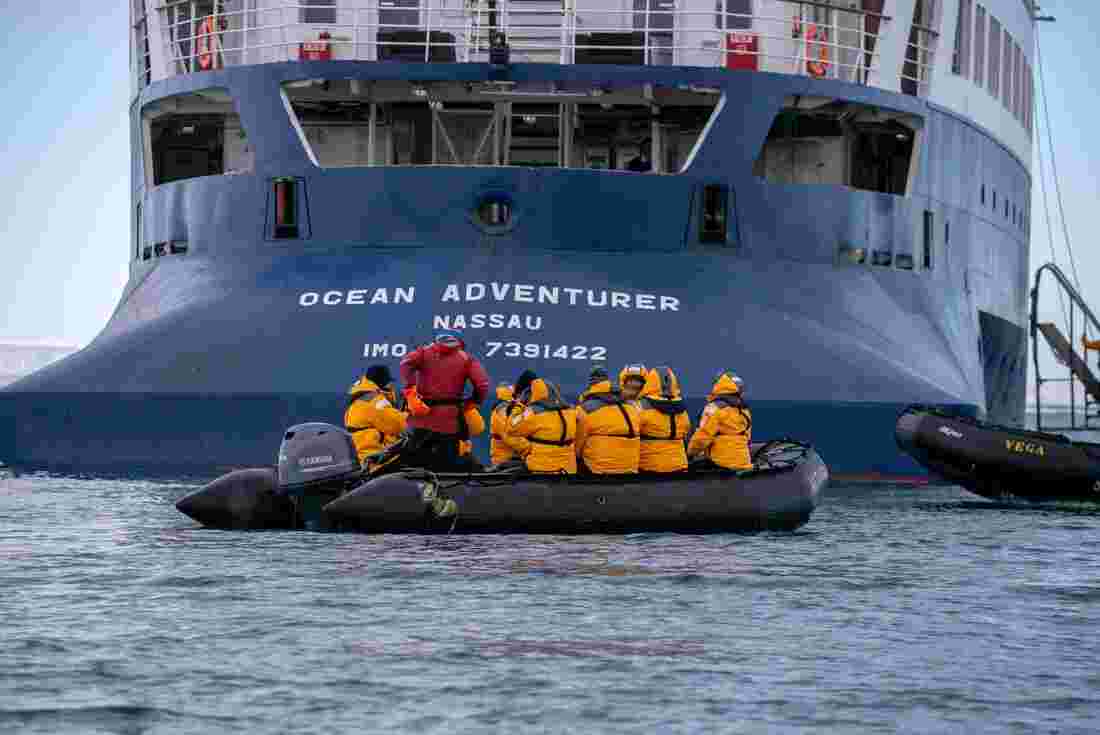 After breakfast, transfer to the airport and board your private charter flight to Murmansk, Russia. This is where you’ll board the ship that will be your home for the next two weeks. Once aboard, get acquainted with the ship, your fellow travellers and the crew and settle in for your voyage north.

Over the next two days, sail through the Barents Sea and your expedition team will prepare you for the adventures that await. The sea is named after the great Dutch explorer Willem Barents, who led two expeditions to Novaya Zemlya in the 1590s. Learn about the storied history and politics of the region, its fascinating wildlife, geology, ecology and climate, and the incredible sights you will soon be exploring. Your crew will keep a lookout for seabirds, such as kittiwakes, skuas and fulmars soaring above your ship to point out to you. Whale and seal sightings may also be possible in this biologically diverse sea, so keep a close eye out.

The next few days will be dedicated to exploring the largest of the Eurasian Arctic archipelagos, the rarely visited Novaya Zemlya, or New Land. It’s the third largest wilderness area in Europe and is actually made up of two main islands – Severny (northern) and Yuzhny (southern) – separated by the imposing Matochkin Strait. Each expedition will be unique, depending on the weather and ice, but a few landing sites you'll aim to visit are Inostrantseva Bay, the Oransky Islands, Cape Zhelaniya, Cape Spory Navalok and Russkaya Gavan. Boasting one of the most picturesque glaciers in the entire archipelago, Inostrantseva Bay provides breathtaking panoramic views of pristine arctic wilderness. If conditions allow, you may explore ashore, or Zodiac cruise along the face of the glacier. Encounters with Brunnich’s guillemots (thick-billed murres) are likely, owing to a small colony in the coastal cliffs. To the northwest side of Severny Island are the Oransky Islands. Wildlife abounds here, with a variety of animal and plant life to be discovered. Walrus have been sighted here on many previous expeditions. These giant pinnipeds of the Arctic create a raucous as each walrus vies for a choice spot of coastline. Encounters with whales and seabirds are possible, as well as polar bears, a genetically distinct subpopulation here.

Say goodbye to Novaya Zemlya as you cruise east to explore the Kara Sea, the westernmost Asian sea off Siberia. Weather dependent, there are several sites and small archipelagos along the Siberian coast your expedition crew will consider, tracing the path of polar explorers searching for the Northeast Passage. Hopefully you can visit Russky Island, Troynoy Island and Cape Chelyuskin – both part of the Great Arctic State Nature Reserve. Russky Island is the site of a former polar station, established, in part, to monitor navigation along the Northern Sea Route, the Russian section of the Northeast Passage. Troynoy Island is the largest of the Izvesti Tsik Islands, about 150 km off the coast of the Taymyr Peninsula. The island is uninhabited except for researchers at the weather station. Home to an ivory gull colony, the island is also frequented by polar bears, so this may be an opportunity for a sighting. At the tip of the Taymyr Peninsula is Cape Chelyuskin, the northernmost point of the Russian and Eurasian mainland and the site of another active research station. Here you will hopefully get the chance to explore on foot. Among the possible shore landings, you’ll also aim to visit a number of glaciers, including the Vavilov Ice Cap and those at Marat Fjord. If conditions are favourable, you may cruise the Red Army Strait, flanked by the massive Academy of Sciences Glacier and the smaller Rusanov Glacier. As one of very few people to ever explore this remote area in depth,  have your camera ready to capture these amazing sights.

Today there are several activities on board the ship to keep you entertained while at sea. Attend one or more of the lectures presented by onboard polar experts, relax in the vessel's polar library or simply spend some time on deck, admiring the sea and keeping an eye out for wildlife.

Sail towards Franz Josef Land – a remote group of 191 islands, many covered in ice, lying entirely within the Arctic Circle and part of the Russian Arctic National Park. Weather and ice conditions will shape your exploration, but hopefully you’ll get to explore historical sites, remote seabird colonies and walrus haul-outs at some notable destinations, such as Cape Flora, Cape Norway, Bell Island and Tikhaya Bukta. Polar bear encounters are also a real possibility! On Jackson Island, Cape Norway is where Norwegian explorers Fridtjof Nansen and Hjalmar Johansen wintered from 1895 to 1896. The conditions were astonishingly difficult, but they survived until the summer and continued their journey south. The remains of their small hut are still here today, along with a memorial marking the event. Exploring Tikhaya Bukta (Calm Bay) – the site of an abandoned weather station on Hooker Island – will feel like stepping back in time. There is plenty to discover as you wander the ruins, immersed in Russian polar history, and you may even be able to send a postcard from the post office. Otherwise, the Stolichky and Appolonov Islands offer plentiful walrus encounters, as the lumbering giants can be found hauled out here. If ice and weather are in your favour, you will explore the area by Zodiac, at a safe distance, to view these pinnipeds of the Arctic in their natural habitat.

As your Arctic expedition winds down, spend a couple of days sailing through this wildlife-rich sea, where whales of various species are often seen. Take in a presentation from the expert crew, reminisce about your incredible journey with your shipmates, relax in the lounge while swapping stories and photos or enjoy the solitude of the sea. Expedition staff will be on hand to answer any remaining questions and spot wildlife while you voyage back to Murmansk.

Returning to Russia’s most northerly city, you’ll have time to bid farewell to your expedition crew before catching your group charter flight back to Helsinki, where you will have another night in this exquisite city. You may want to head out for a final dinner with your group, or simply appreciate being back on dry land by exploring the city further.

With no activities planned for today, your journey ends today after breakfast. You may like to spend time exploring more of the Finnish capital, or instead organise an onward connection.

There are currently no scheduled departures on our Russian High Arctic Odyssey trip. If you are interested in other trips in the region visit one of the links below.

There are strictly enforced luggage allowances on the charter flights included in this voyage. Please see packing list for details.