With its famous rounded onion domes, 40-metre-high minarets and ornate curved archways, Agra’s Taj Mahal is perhaps the most iconic monument to love – and loss – in the world.

Constructed in 1632 by Emperor Shah Jahan as a tomb for his favourite wife, Mumtaz Mahal (who died while giving birth to their 14th child in 1631), the Taj took 21 years, 20,000 workers and over 1,000 elephants to build. Drawing influences from Indian, Persian and Islamic architecture, the Mughal building is made primarily from white marble, inlaid with semi-precious stones such as agate, turquoise and jade. Its four sides are almost perfectly identical, making it one of the world’s most symmetrical buildings.

The marble chamber in the mausoleum (a false tomb) is adorned with intricate carvings and calligraphy; the real tomb lies in the basement and is off-limits to the public. It’s remarkably plain, as Muslim law declares that graves must not be decorated; such adornments are said to be an inappropriate expression of vanity.

Upon completion, Jahan intended to build a mirroring tomb on the opposite side of the Yamuna River for himself, but ended up being laid beside his wife in the basement tomb when he died in 1666.

After his death, the Taj fell into disrepair and remained in a near-derelict state for almost 200 years. During the Indian Rebellion in 1857, the Taj was vandalised and British soldiers pilfered many of the semi-precious stones. At the end of the 19th century, British Viceroy Lord Curzon ordered a full restoration to return the Taj Mahal to its former glory. 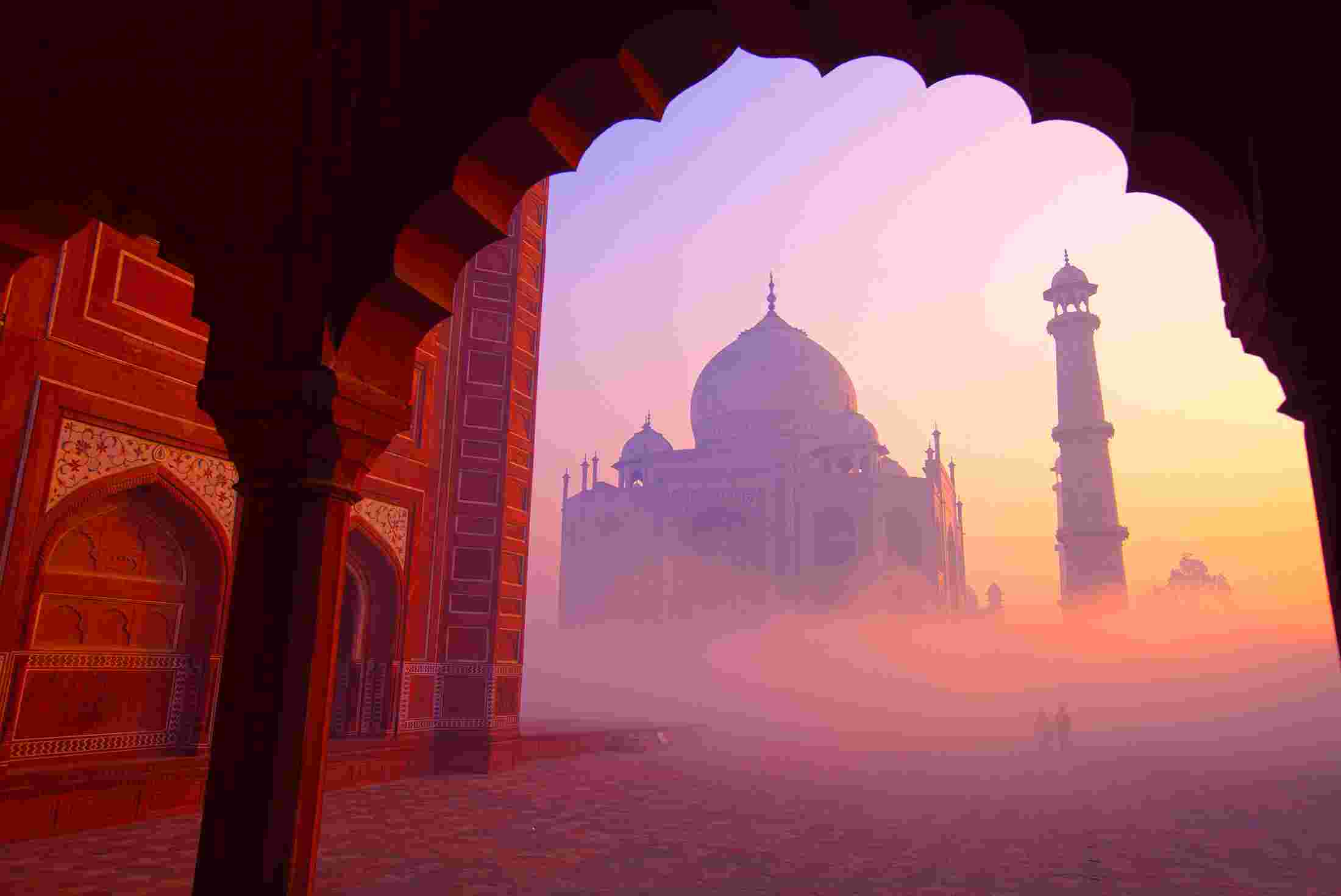 Aim to travel in late-October, after the monsoon season, to mid-March, before the weather gets too hot. The Taj Mahal is open from sunrise until half an hour before sundown, and is closed on Fridays. 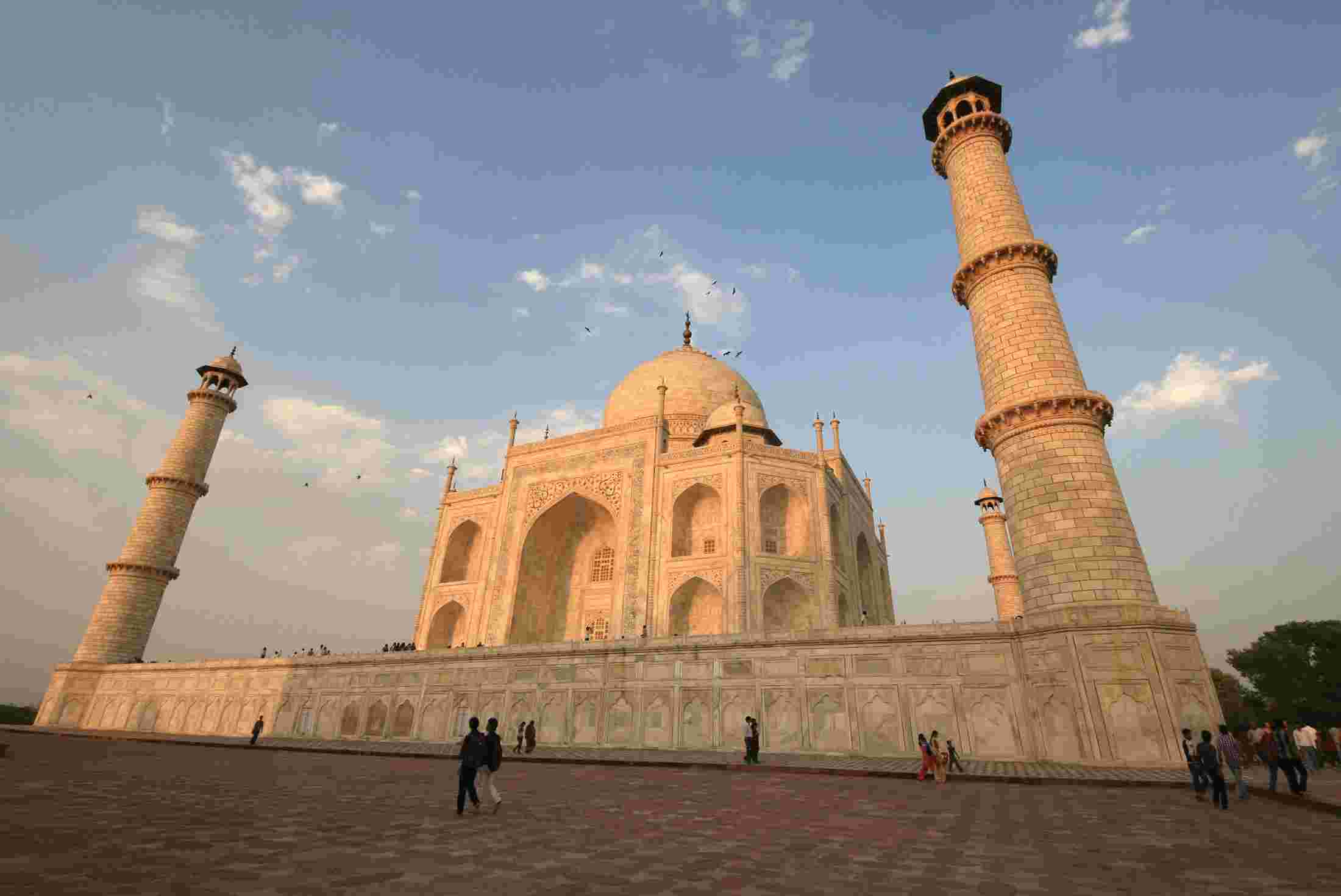 Colours of the Taj

Depending on the time of day, the Taj Mahal appears to change colour; at dawn, the white marble takes on a pinkish hue; throughout the day it’s radiantly white, while at dusk, the domes and minarets take on an amber golden glow. The changing colours are said to reflect the many moods of Shah Jahan’s queen, Mumtaz Mahal. 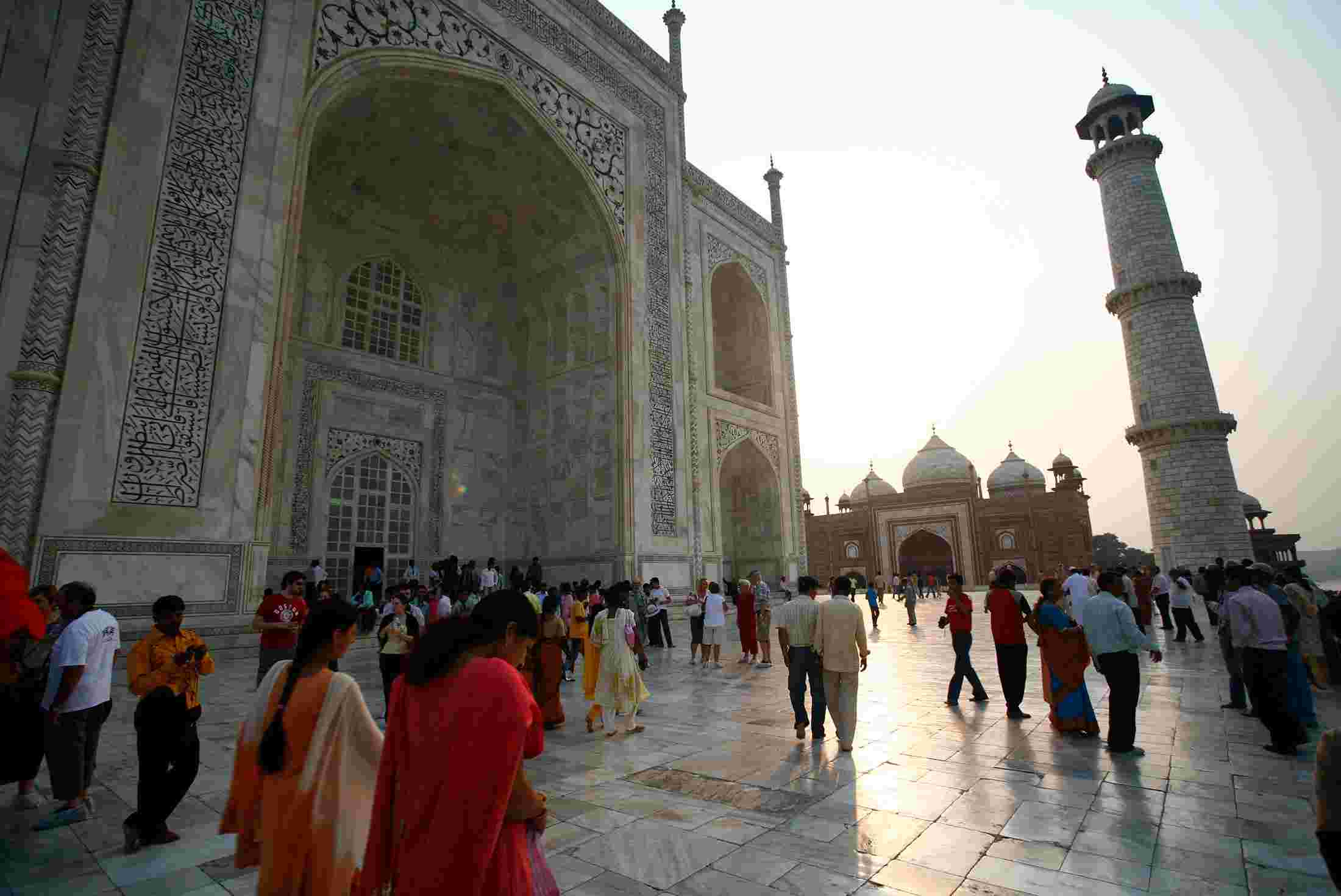 Legend has it that upon completion of construction, Shah Jahan cut off the hands of his architect and many of the builders who worked on the Taj, so they’d never create anything as beautiful ever again. This, fortunately, is untrue. 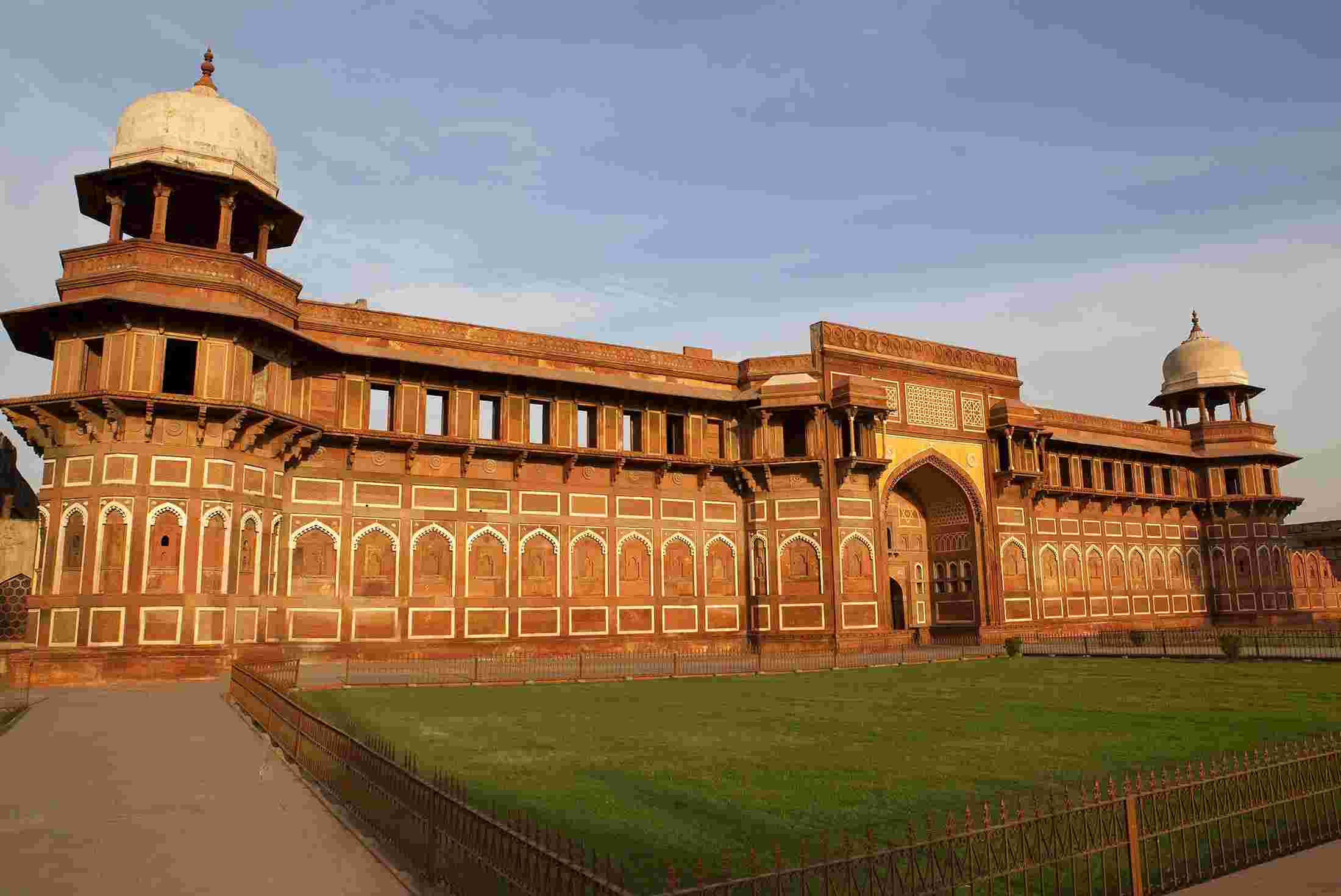 This red sandstone fortress, situated on the Yamuna River, is well worth a visit. The walled city, once surrounded by a crocodile-infested moat, contains minarets, palaces, a prison and Turkish bath.

Also known as the Baby Taj and the Jewel Box, Itimad-ud-Daulah is the intricate tomb of Mizra Ghiyas Beg (Mumtaz Mahal’s grandfather). It’s the first Mughal structure to be built entirely out of marble and is said by many to be a rough draft of the Taj Mahal.

Once the capital of the Mughal Empire, the construction of Fatehpur Sikri was ordered by Emperor Akbar. The fortified city contains a mosque and three palaces, one for each of Akbar’s wives.

For a different aspect of the Taj Mahal, pay a visit to Mehtab Bagh (also known as The Moonlight Gardens). Set on the banks of the Yamuna River, the beautiful garden complex provides a crowd-free view of the Taj.